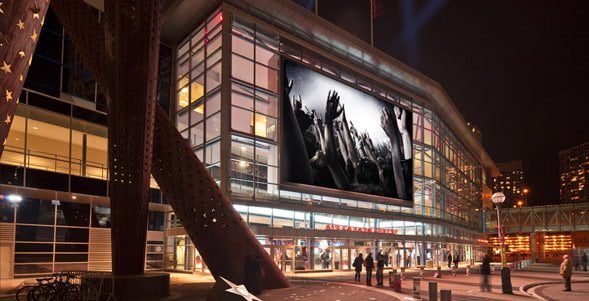 It’s just before 4pm and that means it’s not long before I leave for the Juno telecast at the Air Canada Centre.

I’ve been covering the Juno Awards for 11 years now, but the big difference this year is that I’m actually going to be watching the show for the first time ever instead of being in the media room. Out of those 11 years I’ve covered the Junos in-person five years to date. Apparently some of the press will be sitting at a table somewhere in the ACC (read: in the rafters), and we’ll be able to write about the event from there.

Honestly, I’m not wild about not being in the press room, but it was a different opportunity for a change, so I thought I’d try it out. On the bright side I am wondering if they’ll be able to pull off a great tribute to the 40-year history of the event, but considering they’re only handing out 8 awards tonight, all of which are the most kid friendly, I’m not too hopeful that the night will be much more than a big Drake-fest.

To be up front about it, I am dreading listening to Drake host the show, but in the name of ratings I get what they’re doing. I’m also at least looking forward to Broken Social Scene and a few other performers.

On one of the topics that’s near and dear to my heart, I also thought it worth giving a shout-out to Alan Cross’ blog, Explore Music, and his post about the winners so far.

As he puts it right away:

Before we get to tonight’s Juno Awards, let’s be clear about something. This prime time event, like every other awards show on the planet, is about creating a highly-rated TV show. Sure, it’s being produced under the guise of celebrating Canadian music–and, to be sure, there will be some of that. But the overriding goal is to score high ratings for CTV and its sponsors.

He also points out how we all should be somewhat pissed about the fact that the awards for Rock Album, Alternative Album, and New Group all got thrown into the non-televised event, which is pretty sad. Cross also points out that, due to some undertones of last night, it’s very likely that Neil Young is going to scoop Artist of the Year from Drake, Johnny Reid, Bieber and Sarah McLachlan. That would frankly be a welcome surprise, but I won’t bet on it. As long as Drake doesn’t win I’ll be happy.

I’ll be updating a few times tonight from the show, so stay tuned.