So here we are folks, Brad Smith is left with two gorgeous brunettes and one difficult decision. Well, not really all that difficult but we’ll play along for the next hour for the finale of the first season of The Bachelor Canada.

The season final begins in Brad’s picturesque hometown of Hudson, Quebec. Dressed in her finest Golfing Barbie attire, Whitney anxiously awaits Brad’s arrival for their date on the links. Before they get started, Brad wants to confront her about where her head is at and if she’s ready for him to put a ring on it.

After Whitney’s inappropriate outburst at last week’s Rose Ceremony, Brad worries that he’s lead her to believe that he wants her to “say what’s on her mind at the exact moment that she’s thinking it.” Silly Whitney, Brad just wants to know that you’re capable of having feelings; he doesn’t actually want to hear about them.

Brad explains that it’s his fault that she rudely interrupted the Rose Ceremony and he apologizes to her (wait, what?), because he somehow pressured her into having emotions. I’m not understanding this logic at all, but that’s okay because all is forgiven and Brad proposes they go hit some balls. Sadly for ball-buster Whitney, he actually means playing a round of golf.

The usually sporty Bachelorette proves that she’s much better at Lumberjack Games than on the green. After enduring more on-screen moments of amateur golf than I ever want to see again, the couple hop in a golf cart and speed off to the 12th hole for a romantic picnic for two (what else?).

After the picnic, it’s Meet-the-Parents-o’clock and the couple head off to “Casa-de-Smith” which is apparently located at the 13th hole and easily accessible by golf cart. Finally we get to meet Brad’s family and a token random friend.

Brad’s parents Larry and Leesa appear to have stepped off the pages of a Ralph Lauren catalogue: Leesa is all pearls and tastefully popped collars and Larry has the sun-kissed tan of a man who enjoys business class travel to exotic locales.

Brad’s peroxide blond sister Ashley, on the other hand, seems oddly out of place in the Preppy Handbook model family. She arrives in short shorts and sequins for this casual family get together.

Once the initial “nice to meet yous” are out of the way, the Smiths sit down with Whitney and Brad for a real heart-to-heart. Family matriarch Leesa asks Whitney, “What’s the one thing you like most about Brad?” Sadly, Whitney takes this opportunity to completely forget how to speak English or finish sentences and she clams up.

Whitney is days away from potentially saying “yes” to a proposal from this guy and she can’t think of one reason why?

The Most Uncomfortable Dinner in the World continues with Brad fielding all of the questions and Whitney nodding along with her lips pursed. After a while, Ashley has had enough and her and Leesa drag Whitney into the kitchen to see what’s up.

Everyone keeps pestering Whitney about why she’s being so nervous but it’s pretty obvious that “nervous” must just be the Smith family word for “complete bitch.” Finally the discomfort ends and Whitney heads off for the evening, leaving behind a pretty disastrous first impression.

The next day Brad turns his attention to Bianka. He’s hoping she’ll open up to him while he gives her a hometown tour in his comically tiny TR6.

First up, Brad’s going to let Bianka sample his steamed hot dog. Like real food guys, this isn’t a euphemism. They pull up for some roadside street meat (which is basically any girl’s dream date) and cheers each other with their all-dressed steamies. Bianka identifies herself as a big “food connoisseur” which naturally means she’s very keen on boiled dogs.

Continuing the classy theme, Brad suggests he and Bianka butter up the future in-laws by picking up a case of beer to take to the family get together.

This proves to be a successful strategy and Bianka soars above Whitney in the “impress the parents” part of the competition. She answers all of Leesa’s questions perfectly (unlike clammed-up Whitney, who doesn’t answer them at all) but that isn’t good enough for Ashley. Brad’s deeply-invested sibling doesn’t want to hear Bianka’s polished answers, she wants the truth.

Again, there’s another kitchen show down between the ladies in Brad’s life, but Bianka holds her own at the inquisition and charms everyone. After some weird incestual joking around about Brad’s sister not being able to “have him” (yikes!), everyone agrees that Bianka is a wonderful young lady. They love her, she loves them, Brad loves her and then (finally) Bianka admits to Brad that she’s falling in love with him.

The next day, our Bachelor starts packing for Barbados. He reminds us (in case we’d forgotten why we’re all here) that this is going to be the biggest decision of his life. But before he leaves, he needs to rap with the fam about his two ladies. Back at Casa de Smith, everyone makes it very clear that they are Team Bianka and things are looking worse and worse for Whitney.

Brad arrives in Barbados, a place he describes as his second home (must be nice, Brad), and marvels at his made-for-TV fairy-tale and what an amazing experience this has been. He can’t believe that there are only two dates left before he has to make his final decision.

First up, Bianka and Brad are meeting at a Polo Club for some more relationship building. Bianka arrives in the most impractical and confusing outfit of all time: carrying her ridiculous high wedge sandals, she’s sporting cropped white jeans with a rise up to her nipples and a tube top.

Brad points out that she’s inappropriately dressed for the days’ activities (duh!), so the pair slip into some adorable matching polo shirts instead. Being a good old Canadian boy, Brad compares the storied sport of Polo to “like playing hockey on a horse.” The two struggle to figure out the logistics of hockey on horseback, but they manage to laugh off their frustrations. Brad thinks this is a metaphor for how they would approach all of life’s difficulties as a couple. Because real life problems are exactly the same as struggling to ride a horse on a beautiful tropical island.

Afterwards, the couple enjoy some island cocktails and Bianka tells Brad she is so sure and so happy and Brad’s smiling like a kid at Christmas. They take a romantic stroll on the beach with the sunset in the background and oh my gosh why can’t they just end it right here!?

The next day, Brad meets Whitney for the final date of the season. The couple climb aboard a boat named “Never Enough” which is both an excellent Eminem track, aaaaaand a symbolic metaphor for the Brad/Whitney relationship.

The two exchange some kisses on the water but soon the pleasure cruise turns into something much more miserable. The rain clouds roll in (how did the producers do that?) and Whitney tells Brad she’s feeling unsure and is worried about their lack of communication. The two have a relatively nonsensical conversation about their feelings and not sharing enough or Brad being defensive or something about Whitney being closed off. It’s pretty hard to follow at times and sounds a lot like a pre-breakup.

The following morning we find Brad back at the hotel contemplating his next move. He decides that he’s going to be a stand-up guy and let Whitney off the hook. He doesn’t want to make her put on the white dress and do the whole “will he”/”won’t he” proposal thing, so he heads off to her hotel break the bad news.

He arrives at Whitney’s front door ready to speak his mind, but wait–she has something to tell him too. But no… me first! No, me first!

Brad tells her she’s an amazing person but they’re not right for each other and she logically shuts the door in his face. Then, in an amazing display of unreasonableness, Whitney runs out of the hotel. She doesn’t get very far before turning around and explaining to Brad that she doesn’t want to be disrespected.

He chases her around the hotel driveway for a little bit and Whitney, again making absolutely no sense, decides that she’s not going to be broken up with and this is actually going to be her decision. She explains that while they’ve shared some amazing moments, she’s not ready for marriage.

And just like that, Whitney’s hopping in a town car en route to the airport. Looks like there will be only one hopeful girl waiting for her proposal moment–the Canadians are really mixing up the formula here on The Bachelor.

Now that we know that Brad’s going to be proposing to Bianka, it makes it that much easier for him to pick a ring. In Barbados, jewellers make a house calls and Brad’s shows up with a briefcase full of diamonds. He shows Brad some sparkly rings that “light up the room like Bianka’s smile” and rocks that are “beautiful from every angle, just like your girl.” This guy might also sell used cars. Brad proves he’s a wise man by selecting the blingiest ring and sheds a tear talking about his bride-to-be.

After two months of whirlwind romancing, Brad’s ready to propose to Bianka. He arrives at the requisite oceanside proposal spot to bro-hug host Tyler Harcott and get into position for the big moment.

Bianka arrives in a white gown and Brad’s waterworks begin immediately. He doesn’t make her sweat for even a moment and promises that he’ll keep chasing her for as long as she’ll let him, and oh my God, I think I might be crying now because this might be the most sincere Bachelor proposal of all time.

He tells her that she’s the woman of his dreams, and this is by far the easiest decision he’s ever had to make. She’s smiling and nodding and then he’s down on one knee and of course she says yes and BAM!, doesn’t that ring look amazing on her finger?

Could it get any better? Oh yes it can. Next up we have a slow motion montage of their weeks-long courtship set to cheese-tastic hit “Heaven” by Canada’s own Bryan Adams.

In the final moments, Brad asks if she will accept his last rose. Her answer: Hell yeah. 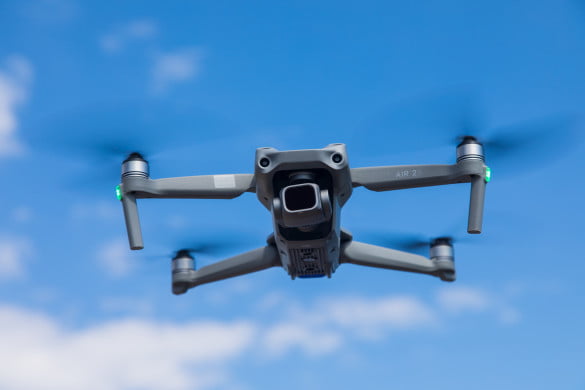 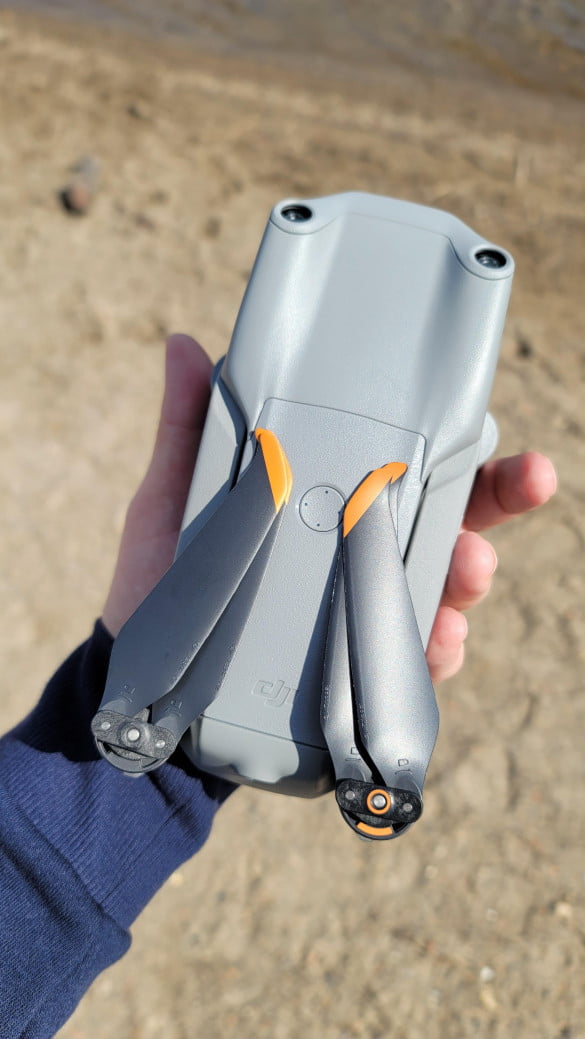 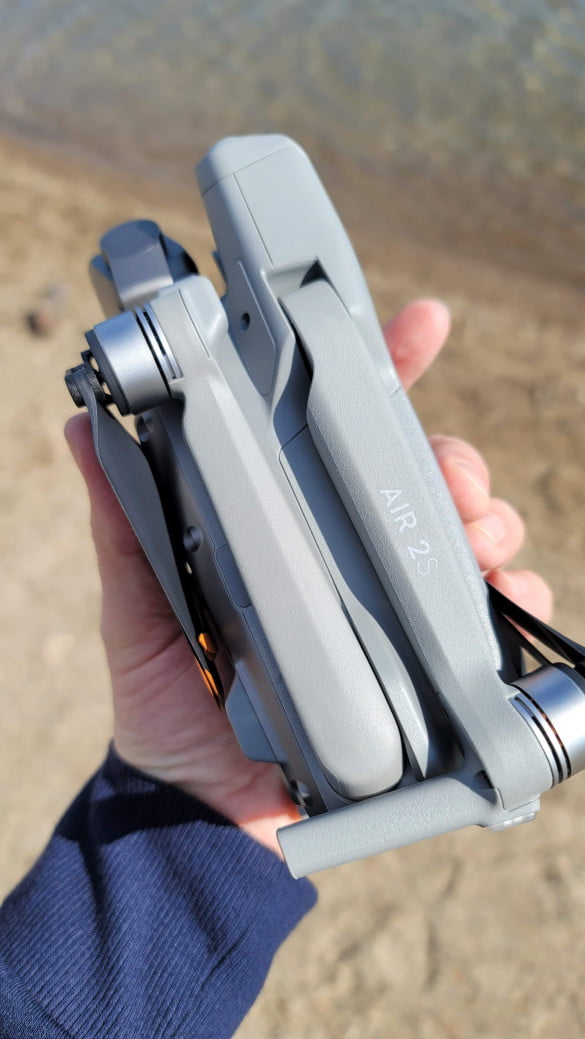 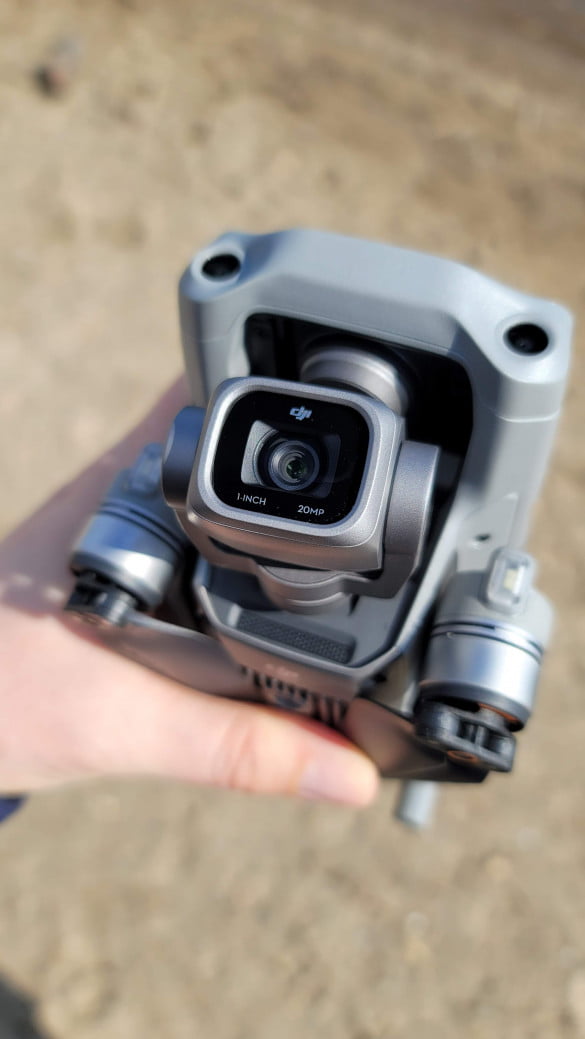 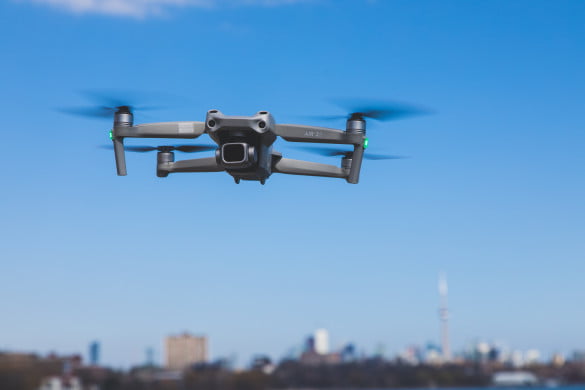