The best of the 2013 Calgary Folk Music festival

The annual Calgary Folk Music Festival took over Prince’s Island Park for four days–July 25 to 28–as 13,000 spectators, volunteers and musicians took part in the eclectic and wonderful mix of music on offer. This year’s event was even more impressive given that the island was submerged by water during the floods that hit the city five weeks ago.

Every festival brings its share of artists that you stumble upon and fall in love with. Here is a list of highlights from the 2013 Calgary Folk Music Festival: 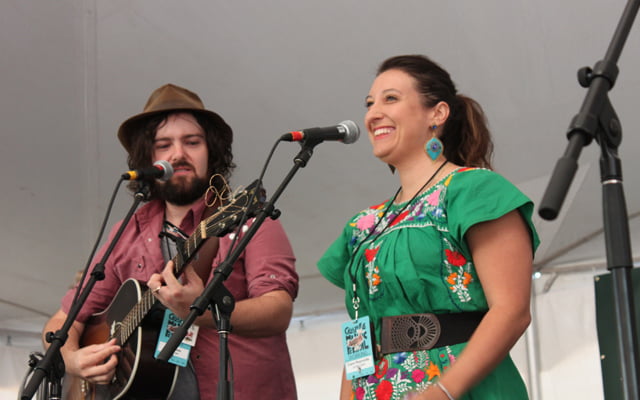 This lovely Australian charmed me with an excellent tweener slot. He has gruff looks with a beard and long hair, and an excellent singing voice. His song “Black Diamond” is a lovely Australian folk tale from a mining town that includes the lyrics “I feel dirty, I’m in the dark, money’s on the table before we start.”

He was also part of a wonderful Australian workshop alongside Tinpan Orange and Cat Empire that ended with a wonderful rendition of “Land Down Under” that endeared all three acts to the audience until the end of time.

Unfortunately Lane committed the classic festival mistake of playing the same five songs at all of his sessions. After seeing him for the third time I gave up on hearing any new material. 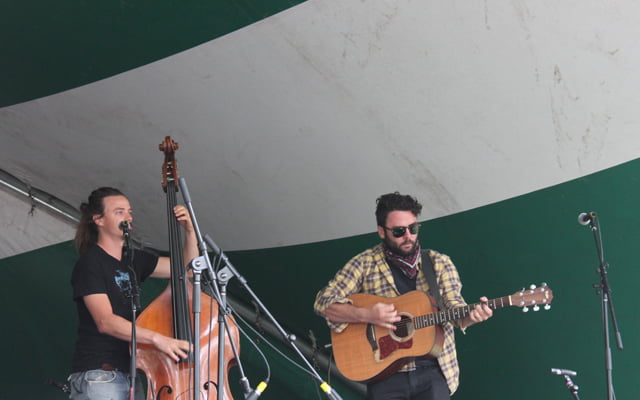 You never know what you’re going to get when you go to a folk music festival, but usually you stumble on at least one brilliant and unexpected act. This year the Tequila Mockingbird Orchestra were that act. Their music is wistful vocals, da da das, accordion, fiddle, upright bass and just the right combination of knowing when to hold back and when to let the music run away. 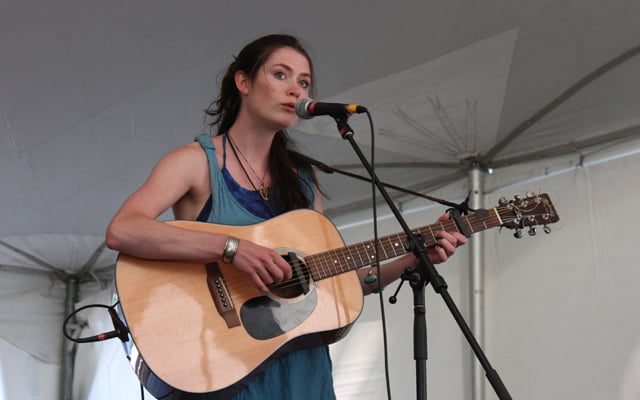 This Scottish songstress knows how to craft beautiful songs. Her whimsical and graceful music combined with a knack for performing made her unmissable. Her mainstage performance was good but it was during the workshops that she really shone. Her unassuming demeanor was transformed when her turn came to sing. She was calm and ready for anything including throwing out her handy one minute song or jamming along with other acts. 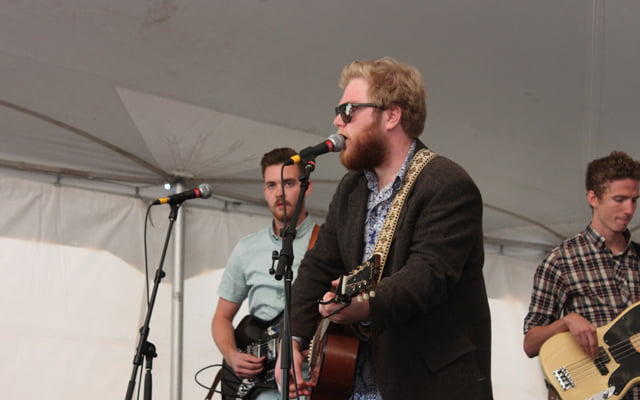 Chaisson has one of those beautiful country voices that you just hope you get to hear at a festival like this. He also has a fantastic stage presence with dramatic faces and a sense for just how to accentuate the right parts of his songs. He’s has a way with words and clever lyrics. On “Growing Pains” he sings, “don’t look me up when you’re back in town, when the hurting’s stopped, when the leaves go brown.”

I’m a firm believer that everything is better with a horn section and Habadekuk are living proof of this. Made up of a bunch of young Danish musicians, Habadekuk play traditional Danish folk music (what exactly that means is not entirely clear) as well as other folk music (think the British Isles) with exuberance and energy. Their concert had everybody hopping up and down as they played polkas and proved that folk music doesn’t have to be mellow. They also impressed in workshops, which are a good test of a musician’s skills. They jammed with skill adding horns to songs they’d never heard before making it look easy.