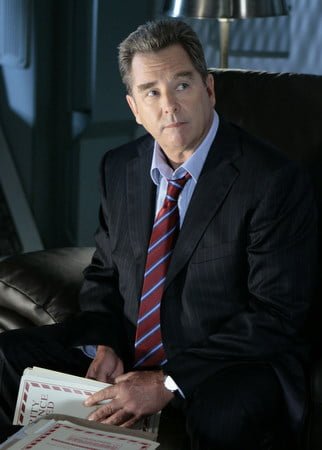 Fan Expo kicked off in Toronto this afternoon for three days of pop-culture fun that will bring swarms of science fiction, horror, gaming, and comic book fans together under one roof.

While the event is packed with things to see, and do, and aisles full of items for sale, one of the biggest draws is the opportunity to meet intriguing filmmakers, actors, and artists from the last four decades of popular culture.

Among that list of stars this year is three-time Emmy award-winning actor Beau Bridges. The prolific actor, who is probably best known as Major General Hank Landry from the Stargate SG-1 series, comes from a family of actors, and to date he has appeared in over 100 movies and television series, including the remarkable film The Fabulous Baker Boys.

I had a chance to interview Bridges leading up to Fan Expo this weekend, and here’s what he had to say about Stargate, meeting his fans, and what’s coming up next for him.

W. Andrew Powell: So what are you on set for right now?
Beau Bridges: “I’m doing The Closer.”

W.A.P.: How is that going?
Bridges: “Oh, it’s great. They’re a wonderful group. You know, this is their fifth year and I’ve known Kyra Sedgwick for quite a while. I was in a movie with her, Losing Chase, several years back. Kevin Bacon, her husband, actually directed. So it’s really just wonderful to be here.”

W.A.P.: You’re coming to Toronto for Fan Expo this weekend. It seems like you do a lot of fan events…
Bridges: “Well, not a whole lot. I’ve done a few of them, mainly because of Stargate. They’ve got such a loyal fanbase even though it’s been a while since we’ve done the series. We did those movies for it, and I still get a lot of reaction from people wanting to talk about it. So, you know, I’m coming really for those fans and just to talk about my projects and so forth.”

W.A.P.: Whoever I talk to about Stargate, I mean, it just seems to strike such a chord with people. Just speaking for myself, there seem to be so few sci-fi TV shows that you could say that about. Did you feel that on the set of the series?
Bridges: “Oh yeah, I was in there the last two, three years of the show, and then did the movies for them after that, and yes, we could just feel the audience’s support just out on the street. Yeah, I think it was a very unique show and people responded to it. They want more.”

W.A.P.: It’s amazing to see the response from people for your appearances at Comic-Con. Is that a high?
Bridges: “It’s interesting. I mean it’s always nice to get in touch with your audience and sometimes, especially on film, that’s not such an easy thing to do. In the theatre, on the stage, you get that immediate reaction, but on film you normally don’t. So it’s really nice to get with the people who enjoy the show and also there’s a lot of families involved, and kids. They come and spend their vacation with us, so it’s really nice to be part of that.”

W.A.P.: So what are you working on coming up next?
Bridges: “I finished a couple of movies. I did one with Jason Lee and Selma Blair called Columbus Circle. It was great. I did a movie before that called My Girlfriend’s Boyfriend with Alyssa Milano. Those two will be coming out soon. And then I got the [Emmy] nomination for Desperate Housewives, so I’ll be going to those events, so it’s kind of a busy time for me.”

Taking over the South Building of the Metro Toronto Convention Centre, Fan Expo runs from Friday, August 28 to Sunday, August 30. Visit www.hobbystar.com/fanexpo/ for more on the event. Single tickets cost $25 at the door.

Actress Jessie Buckley gets her superstar-making moment in...

Actor Tony Hale on the beauty of Toy...