An Interview with Annie Dufresne 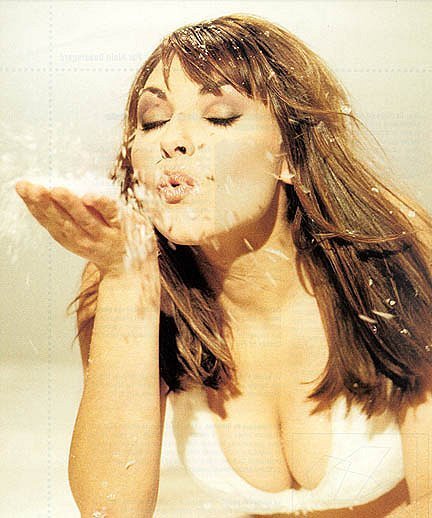 I’ll be the first to admit that I’ve become untrustworthy on the subject of Annie Dufresne. With most artists I can maintain a certain amount of objectivity, but for the past 6 months I will admit to being a hardcore Annie fan. It’s not just about her looks though (although, come on… most heterosexual males would be hard pressed to say she isn’t a ‘babe’). She’s got enough talent in her baby finger to make Celine Dion look like a 3rd rate annoyance.

I first became acquainted with Dufresne when I stumbled onto her site at the beginning of this year. Not long after getting in touch with Dufresne she sent me her CD Contact. Usually, I am not big on music that’s in another language [Rob Zombie counts sometimes] but Dufresne has such an amazing voice you can’t help but love her catchy power-pop charisma.

Since then, I’ve been following her adventures and I’ve discovered that she’s turning into quite the rising star. Although she isn’t well known in Quebec as a singer her acting career has been climbing ever higher (including her work on films like Les Boys and Marie & Tom. And this summer she’ll be working on her first all English CD here in the great city of Toronto [yes, that does mean you may get to see this beauty cruising the streets]. For now, you can catch her on her own site and right here in the long awaited interview.

What’s your favorite food?
“My favorite dish that I eat most of the time is definitely anything Italian.”

If you could only take one thing with you on a world tour, what would it be?
“My portable movie-cam that I carry everywhere I go. It gets on some people’s nerves sometimes. I used to work as a camera girl when I owned a casting facility in Montreal so maybe that’s why I enjoy filming everything.”

[I’d buy that issue!!] So what would be the ultimate event someday for you?
“A big benefit concert for the fist time on the moon with the greatest band on earth.”

All right, so when did you first know you wanted to act and sing for living?
“I was always fascinated by the world of entertainment. One day, when I was sixteen, I’m in my art drama class, and some producers are on the look out for young actors for their new production. They came into the theatre class while I was performing and they liked my acting so they asked me to audition for a part in an educative filmboard school. Luckily, they called me up and I got a major part in it, which was my first major gig. During the set, I met this actor that asked me to join this theatre troop for a provincial tour in restaurants of Murder & Mysteries, witch is called in French ‘des soirées de Meurtres et Mystères.'”

“Basically, the concept is to have actors performing live in restaurants as they interact with the public. So we went on tour across the province and I gained quite a lot of experience and got more confident with my acting. When I hit eighteen, I moved to Montreal since all the action was happening here. As far as the singing was concerned, I took part in a few garage bands and we’d do some live gigs wherever we could.”