Ben Hollingsworth: Keeping up with ‘The Joneses’ 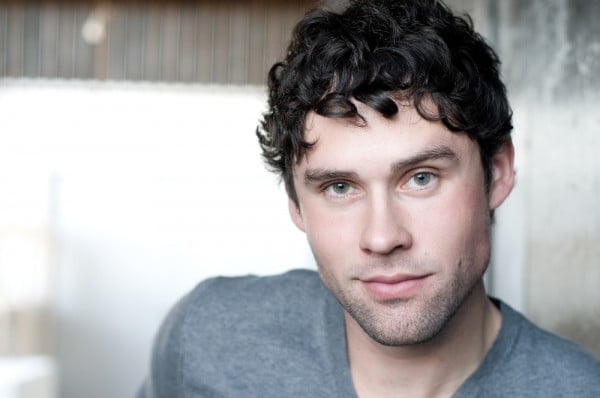 Canadian actor Ben Hollingsworth has a lot of favorite moments from working on director Derrick Borte’s The Joneses, and he has a hard time picking out just one part of making the film that tops them all.

“Getting to work with Demi Moore and David Duchovny was its own reward,” Hollingsworth said in a phone interview from his current home of Venice, California. But he quickly added, “Really, truly, the best part about [The Joneses] was the story and it’s not very often these days that you come across a unique story that hasn’t been told before.”

In The Joneses, Hollingsworth plays Mick Jones, a young man who is essentially an actor in a fake family. The group has been hired by a company that takes a different approach to marketing. Instead of telling people what they should buy, the Joneses are leading their suburban neighbours by example, showing off the latest gadgets, clothes, and goodies to influential locals who can help sell those products to even more people.

Co-starring Duchovny as the family’s new father, Steve, Moore as the pushy mother, Kate, and Amber Heard as Mick’s adventurous sister, Jenn, The Joneses is a dramedy that takes a very clever look at modern marketing, and Hollingsworth had a lot to say about the concept, its appeal, and working with the iconic David Duchovny.

“We live in a world of sequels now,” Hollingsworth said, “so when there’s new material out there and a new concept, that’s really exciting for an actor.”

» Do you think there is much in the way of good marketing these days?

“I definitely think there is good marketing out there. We all will eventually want and have *things* in our lives, but its the stress that we put on those things that is the dangerous part of the marketing out there. When it seems like we link our happiness to our material goods, that’s where it becomes dangerous and I think that the most difficult type of marketing… and when they use that idea of projecting happiness and linking it to a product, people start to feel inadequate if they don’t have what they’re selling. That’s the evil side of the marketing business.”

“It’s everyone out there thinking they’re not as good a human being for having the latest flat screen TV or cool car, you know?”

» In one way, the idea behind The Joneses is pretty evil, but at the same time it’s perfect marketing. [Laugh]

“That’s the thing. It is perfect marketing because it’s not self-aware. I think you even see one interesting thing that’s been popping up lately is the Old Spice guy and that whole phenomenon… Old Spice definitely got their money’s worth with that campaign — they’re making huge, huge, huge impact and linking themselves successfully.”

» And every actor wishes they were that guy; they wish they were Isaiah Mustafa. So how did you get involved with the project?

“It actually was a bit of a search that Derek the director had done. He’d seen over 200 guys and I was living in Canada at the time and had just signed with my management company, Magnolia Entertainment, who also handles Rachel McAdams, so they’re kind of familiar with the Canadian imports and how to handle them. They really do have a keen eye for finding great scripts and this one came across and by far it was one of the most clever and unique scripts that I had read that year.”

“I just did everything in my power and I put myself on tape and threw it out there and luckily it came across Derek’s desk and I think it was a spur of the moment frustration thing and they had a session in L.A. and he said show me some more tapes, and I guess mine was one of the first ones they popped in.”

“They were about two weeks away from shooting and I had to get my working visa and get down to Marietta, Georgia to shoot this thing. It was almost within two weeks — I was lucky to have a couple of good lawyers to push the immigration through, otherwise I wouldn’t be a part of this film.”

» So how much of the character was written down and how much of it was you building on the script?

“I think it was really great because Derek really encouraged the improv side of things. We had a great script to work from, but the way David Duchovny operates is a lot of improv and he’ll throw things out there in the middle of the scene and it will change the whole feel of the scene.”

» Would you say you learned from David Duchovny, Demi Moore, or anyone else on set?

“Oh, yeah. Both David and Demi, they’re terrific actors and it was such a great opportunity because I’m just at the start of my career and they’ve been successful for decades really.”

“David especially took me under his wing and he’d come over and say little things like, ‘Watch this kid.’ We’d have lots of chats, and he’s a very smart, intellectual guy.”

“I went to a theatre school in Canada called the National Theatre School where I studied for three years in conservatory, so I had a lot of thoughts on acting as well, so we were able to bounce stuff back and forth.”

“I’m also a big fan of Californication so I had that playing in my trailer and I’d be watching an episode and then walk in to set doing a scene with Duchovny and then going back and watching Californication. I was definitely studying his acting style a lot, and what I use today is definitely a combination of the Duchovny technique.”

Ben Hollingsworth also co-stars in the upcoming horror film, A Flesh Offering, which filmed in 2008 and deals with an urban legend about a creature that stalks people with bad karma. Hollingsworth plays the romantic lead in the film, Ben Ratner, alongside actors Corey Sevier and Meredith Henderson.

Hollingsworth also intends to spend some time at the Toronto International Film Festival to support his friend Noah Reid, who stars in the opening night film, Score: A Hockey Musical.