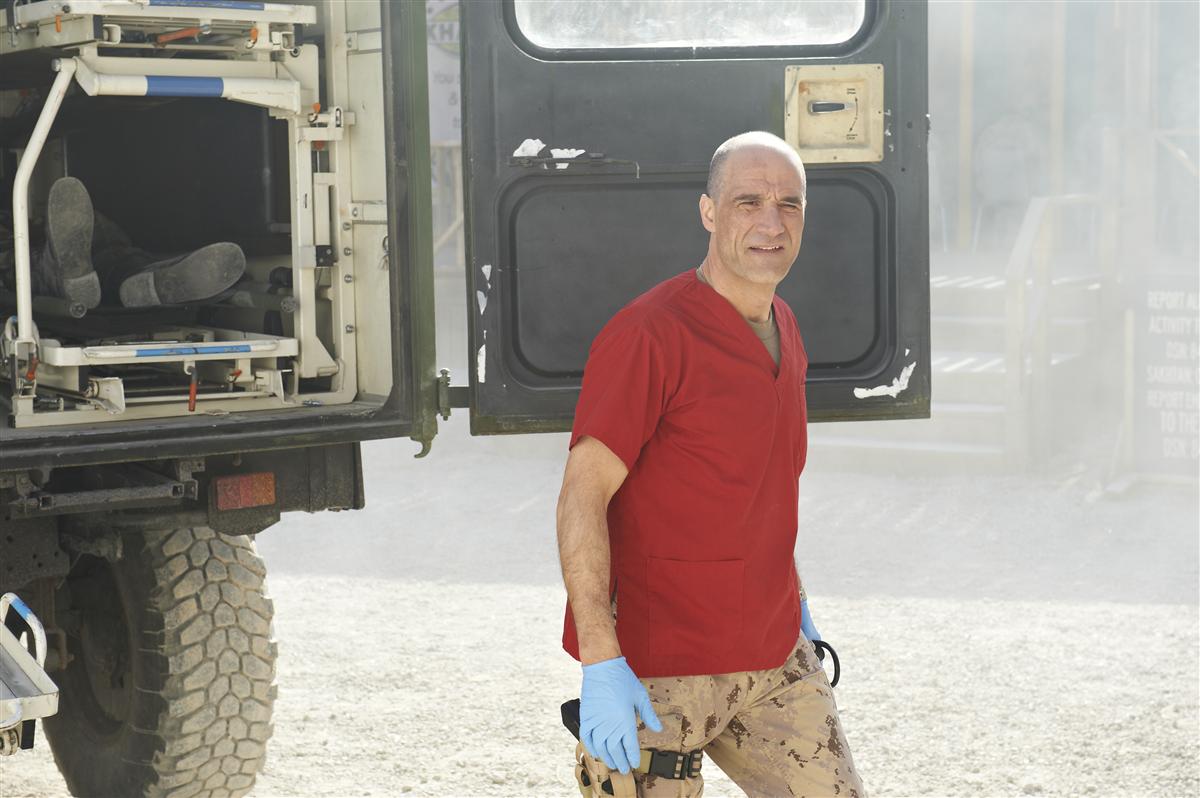 On a warm day earlier this month, I toured through the dusty crossroads of a medical facility in Kandahar, Afghanistan, and I didn’t even have to leave the streets of Toronto.

Visiting the set of Shaw Media’s new dramatic series, Combat Hospital, makes you feel like you’ve stepped inside the real Role 3 Medical Unit that existed at Kandahar Airfield, which was painstakingly recreated at a film studio in the middle of Etobicoke. Instead of being greeted by swarms of soldiers though, I had a chance to meet the cast and crew of the show which stars Michelle Borth as Canadian surgeon Dr. Rebecca Gordon.

While Borth plays a fish-out-of-water surgeon learning to handle the insanity of an international medical facility close to the front lines of the war in Afghanistan, Elias Koteas co-stars as Colonel Xavier Marks, the doctor in charge of running the medical operations while he also tries to guide his staff with an even hand.

I had a chance to speak to Koteas during my set visit, and he had a lot to say about his character and playing the fine line of a tough-as-nails commander who also needs to be something of a father figure.