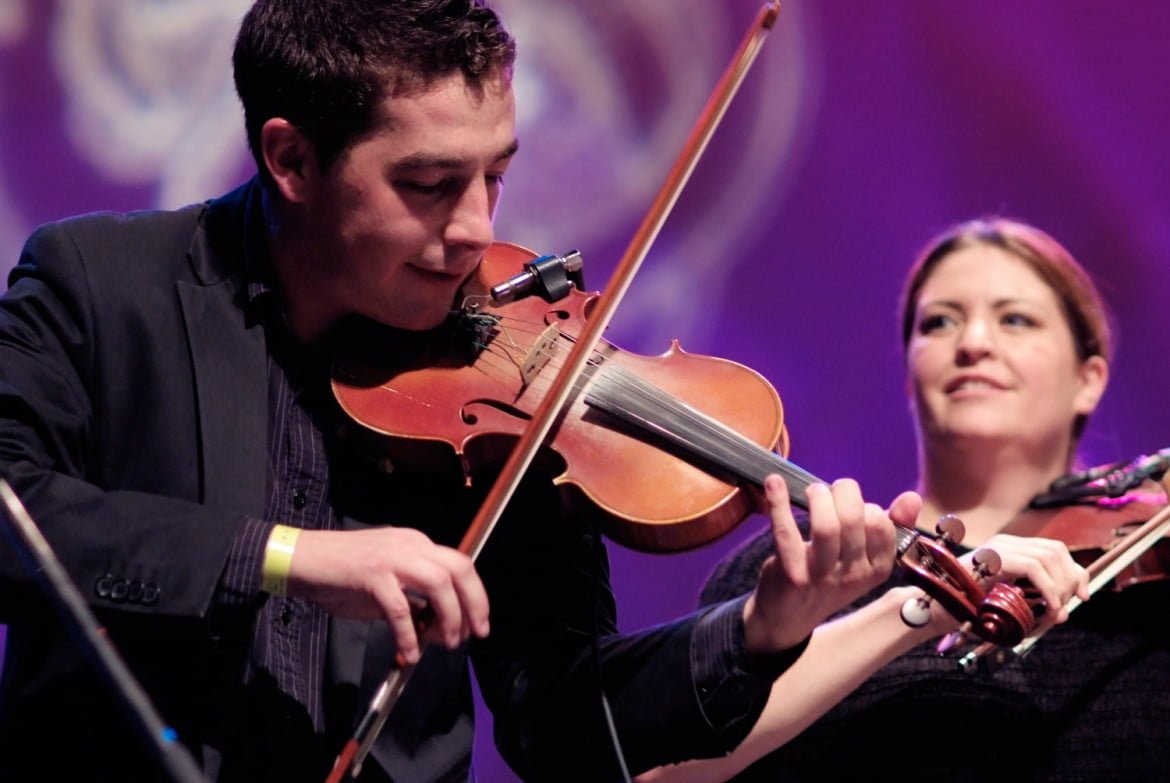 In its 15th year, the 10-day event, October 7 to 15, is a showcase of all things Gaelic, the cultural heritage introduced hundreds of years ago by refugees from Scotland. There’s been a recent renaissance of Gaelic culture in the region, and now even road signs appear in Gaelic and English.

The festival is unique in that it takes place in 33 communities across Cape Breton, along country roads including the scenic coastal Cabot Trail. Music and dance performances, storytelling, as well as workshops and presentations on Gaelic language and culture take place in venues from a state-of-the-art performance hall to a reconstructed 18th-century French chapel and local community centres: impromptu ceilidhs – lively kitchen parties – are on the menu as are homemade suppers served up in local fire halls.

This year’s festival features a jam-packed calendar with almost 350 artists from Cape Breton, the United States, Ireland and Scotland performing 45 shows. One of the themes is exploring Celtic roots in Cajun and Appalachian music with the festival’s artists in residence, local Acadian songwriter Ron Bourgeois and old-time Appalachian fiddler and singer Bruce Molsky from the U.S.

Stars in this year’s line-up include local bad-boy Ashley MacIsaac, famed for his kilt-clad fiery fiddling of traditional Cape Breton and rock ‘n’ roll tunes: the Barra MacNeils, a group of six siblings who are Canada’s Celtic ambassadors: and the Louisiana-based Grammy winners BeauSoleil Quartet with Michael Doucet who mix up Cajun with Zydeco and add a dash of jazz and blues.

From Ireland, the Black Family as well as the Alan Kelly Quartet will hit the stage. From Scotland there’s Gaelic singer Kathleen MacInnes. Dancers on the roster include Nic Gariess and, from Manitoba, the Ashram Stompers, a high-energy jig and square dance troupe offering up a dash of Métis.

Bring your own guitar and join in workshops. Or sign up for outdoor events like hiking through fall colors, particularly spectacular on the Cabot Trail. Afterwards, finish off the day with hot apple cider and oatcakes at a ceilidh in the community hall.

The schedule is so packed it’s impossible to see and hear every bit of Gaelic magic. Celtic Colours may be big, but it’s also refreshingly non-commercial, a down-home celebration deeply rooted in Cape Breton’s local culture.