10 things you need to know about: Warm-weather wonders in New Brunswick 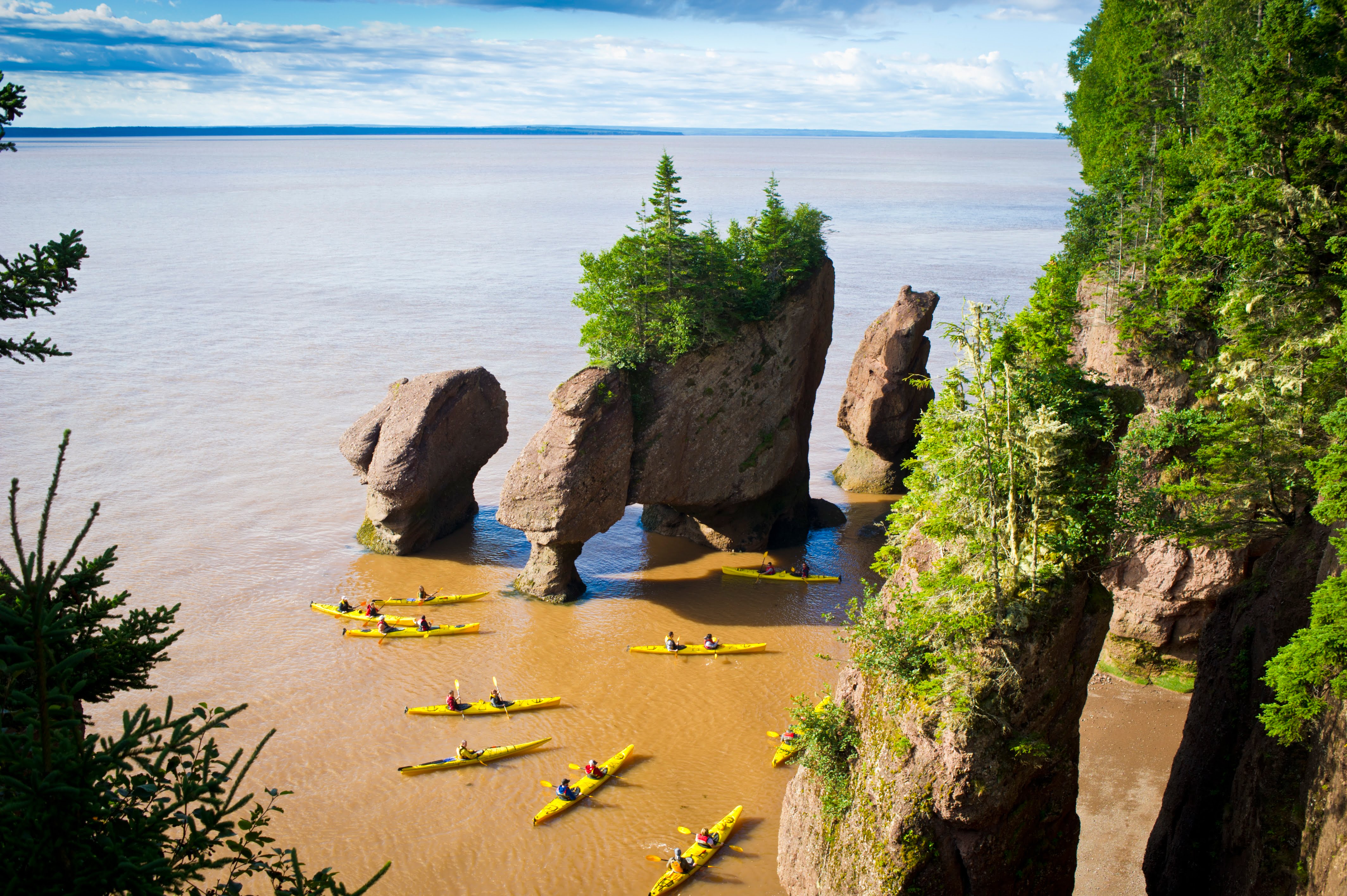 When the first purple violets (the lyrical French name is violette cuculée) begin peeking through the meadows and woodlands of New Brunswick in May, it’s the signal to get outdoors and discover the beaches, parks and natural attractions in Canada’s largest Maritime province.

1) Camp in a treetop:
There’s no need for a tent when you can camp high in the New Brunswick pines in a cozy well-equipped treehouse. Or get a front-row seat to nature in a luxury Dream Dome, named by CNN Travel as one of “world’s most unusual camping experiences.”

2) Hunt for “high-tech treasure”:
It’s as easy as downloading the geocaching app, then setting out to search for the more than 10,000 geocaches hidden around the province. Bring along trinkets to trade for the prizes you find.

5) Taste Acadian culture and cuisine:
Count lighthouses on a cruise along the Acadian Coastal Drive, savouring 400 years of Acadian history. Stop at pretty Caraquet, home of the annual Acadian Festival, Aug. 1 to 15.

6) Cast a lure for the “king” of game fish:
Go catch-and-release fly fishing for wild Atlantic salmon on the Miramichi River.

8) Go whale-watching around the “Old Sow”:
The largest natural whirlpool in the western hemisphere (75-m/250-ft diameter) is in the territory of 12 species of whales, including the rare, endangered right whale.

9) Photograph butterflies and marine birds:
Look for the Maritime Ringlet  in the Bay of Chaleur, where the salt marsh butterfly feasts on sea lavender. Stroll boardwalks over the sand dunes at Irving Nature Park to spot migratory shorebirds or check the Birding New Brunswick blog for sightings of rare birds.

10) Experience a natural phenomenon:
Walk on the ocean floor as the world’s highest tides ebb around the towering Hopewell Rocks. A few kilometres away, marvel at the strange sensation of braking at the bottom and rolling uphill at Magnetic Hill, Moncton’s outdoor concert site.