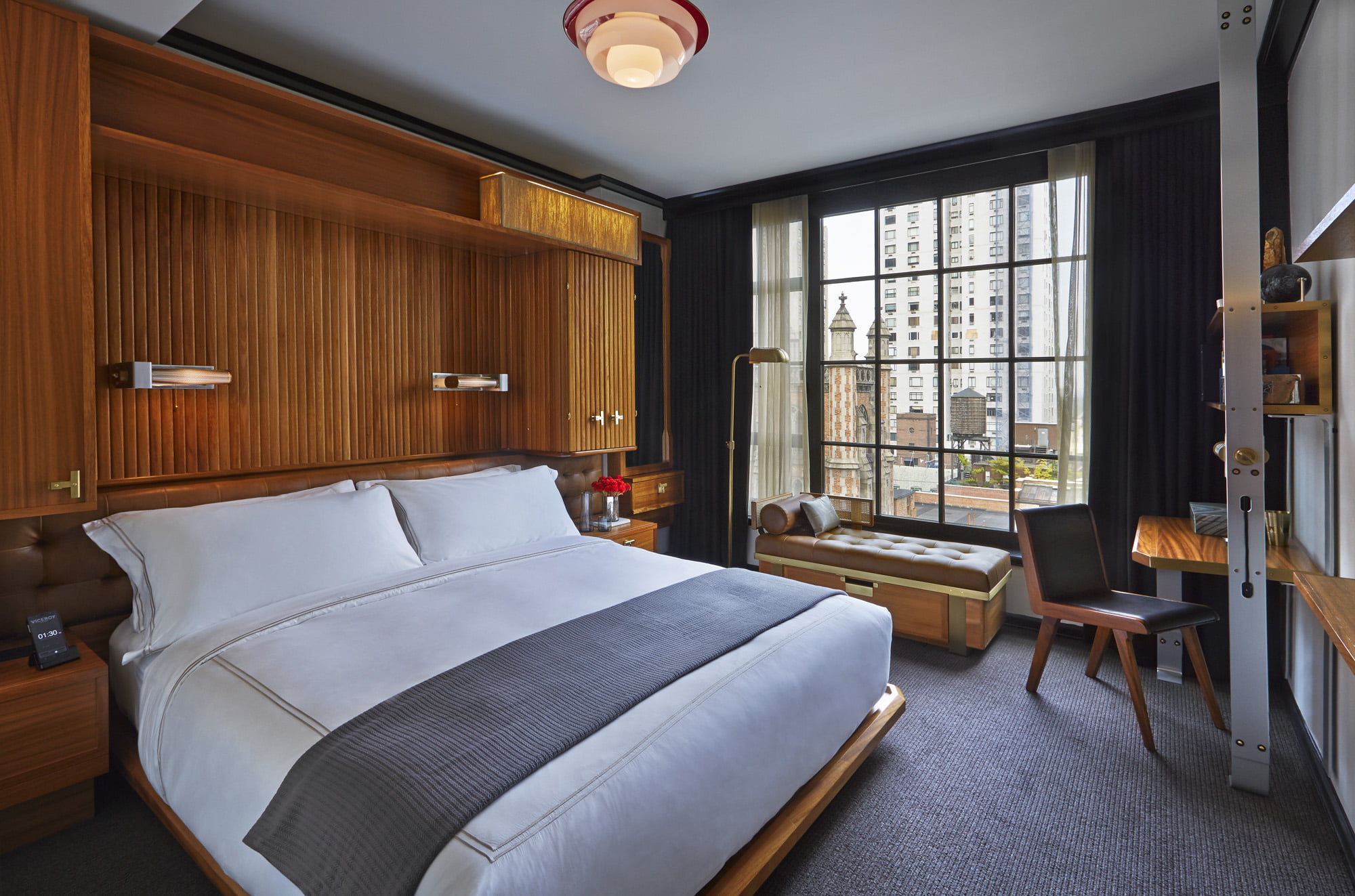 For ten years now I have been writing about hotels for The Gate and for newspaper travel pages, in addition to my last book. I have been in about as many hotels as the Gideon Bible and given that I have formed very definite, almost subconscious ways of determining if I am digging a hotel I am in–and that usually begins immediately with the way I am treated on my first approach to the front desk for check in.

If I am treated like I am approaching an agent at a customs desk or a bank official asking for a loan, it sets a tone for the whole stay, just the way being greeted with a genuine smile and being treated like a friend who is a guest in your home sets a tone as well–a feeling of comfort and relaxation.

Such can be said most emphatically for the new, and boldly ambitious hotel Viceroy in New York City. A wonderful new hotel, and I do mean ‘new’ as this hotel is barely a year old and was built from scratch in the very middle of Manhattan.

The Viceroy is a tall, elegant looking building squeezed in between the Directors Guild of American building and the famed Russian Tea Room restaurant and it was designed and built in such a way that it appears to have been a part of that block forever.

The rooms and the suites are a combination of the high-tech and the comfortable; wood grain cool and efficiency that you would find in the cabins of luxury yachts (and this is not by accident, by the way). The beds are low to the ground and very comfortable, the windows large, and no matter what the size of your suite I guarantee you will never have had more storage and closet space in a hotel room ever before (also modeled after the way storage space is arranged in yacht cabins).

The bathrooms are big and luxurious with generous full sized amenities (from Neil George) and large walk in showers. Some of the suites even have porthole windows in the bathrooms that subtly add to the nautical feel. And the rooms and suites have one high-tech feature that I really found convenient–the Samsung smart device that acts not just as a telephone but also as an alarm clock, TV remote control and hand-held computer. Of course such devices are commonplace but what makes this particular one worthy of note is it is so easy to use, even by someone such as myself who gets easily frustrated when not being able to quickly figure out how to get the high-tech things working (I have been in new hotels that were so high-tech it took a computer science degree just to turn on the shower). I had this device figured out in seconds, which definitely added to the overall comfort and relaxation of being in the room.

It is often said that a new hotel rises or falls based on location, location, location–well, in the extremely competitive New York City hotel market, Viceroy has managed to secure itself one of the best locations imaginable. When you enter the lobby, before you arrive at the front desk, you will pass under a bronze map of Manhattan and there is a red jewel embedded in the map to indicate the location of where you are standing in the Viceroy, and it is geometrically almost dead centre of Manhattan. If you are a walker (and New York is a wonderfully walker-friendly town) then you could not pick a better place to be based–you are within blocks of Central Park, Fifth Avenue, Times Square, Bryant Park, the New York Public Library, and on and on. 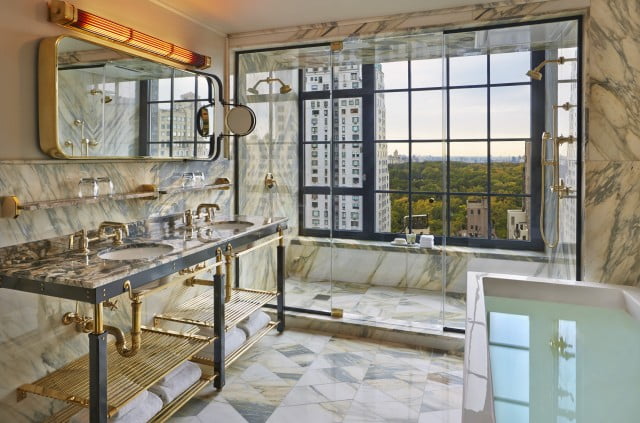 I was particularly interested in the location and the fact that a brand new hotel was able to secure such an ideal one (even though the Viceroy is part of a renowned group of hotels in places like Los Angeles and the Caribbean). I sat down for an interesting chat with Viceroy General Manager in the comfortable Library lounge on the main floor– “In a market like New York City you aren’t really competing with every other hotel in the city, you are competing with the hotels that can be found in a few block radius around you,” explained Gerard Denneny.

“Many hotel guests coming to New York City want to be in a specific part of the city, so it is up to us to provide them with and experience that is everything they want, everything they need, and at a price that is reasonable–while adding in some unique little touches of our own on top of everything.”

Which is where the yacht cabin design scheme comes in. I asked Mr. Denneny if that was something that was incorporated out of practical necessity or was is more of an aesthetic decision. “Well, we had one of the top design firms in the world with us (Roman and Williams) so to answer your question, it was both,” said Gerard Denney. “As you mentioned, the closets and drawers and the arrangement of things in the rooms and suites is unique and practical, the way they are out of necessity on a yacht.”

I asked GM Denneny about the target guest demographic that the Viceroy attracts – “What we have done here is capture a kind of middle area between business travelers, leisure travelers, the artists, so our core demographic would be the 30 to 50s and beyond, the young at heart who are still adventurous and who are still explorers.”

For new hotels today it seems almost essential that your restaurants and clubs are good enough to attract a stand-alone crowd–attract customers well above and beyond those who are guests within the hotel. In less than one year the ground level restaurant, the Kingside, and the lounge and outdoor deck on top of the hotel, The Roof have already established themselves to such a degree that they are both constantly very busy. I visited The Roof at 5:00 on a Thursday afternoon and it was already crowded (you have to check out The Roof–there is something magical about sitting in a comfortable lounge chair outside with a drink and a snack and a spectacular view of Central Park below you).

The Viceroy is a cool, elegant, extremely comfortably addition to the New York City hotel landscape and one worth checking out no matter what your purpose or the duration of your stay in New York. The staff is all first rate, they are genuinely good at their jobs without being patronizing. For example–I asked a Doorman (and that I don’t know his name is my bad) if he could hail me a cab for the trip to LaGuardia Airport. He smiled and got right on it, but this was Friday afternoon in the dead centre of Manhattan so I was expecting a bit of a wait. This fellow disappeared up the block and then from sight. A couple of minutes later a cab pulled up in front of the Viceroy, our Doorman jumped out–he had run a few blocks from the hotel looking for a cab for us, then found one and jumped in himself and had the driver take him to us. At the Viceroy that is not service above and beyond, that is the service that is granted everyone with a nod and one of those cool New York smiles. 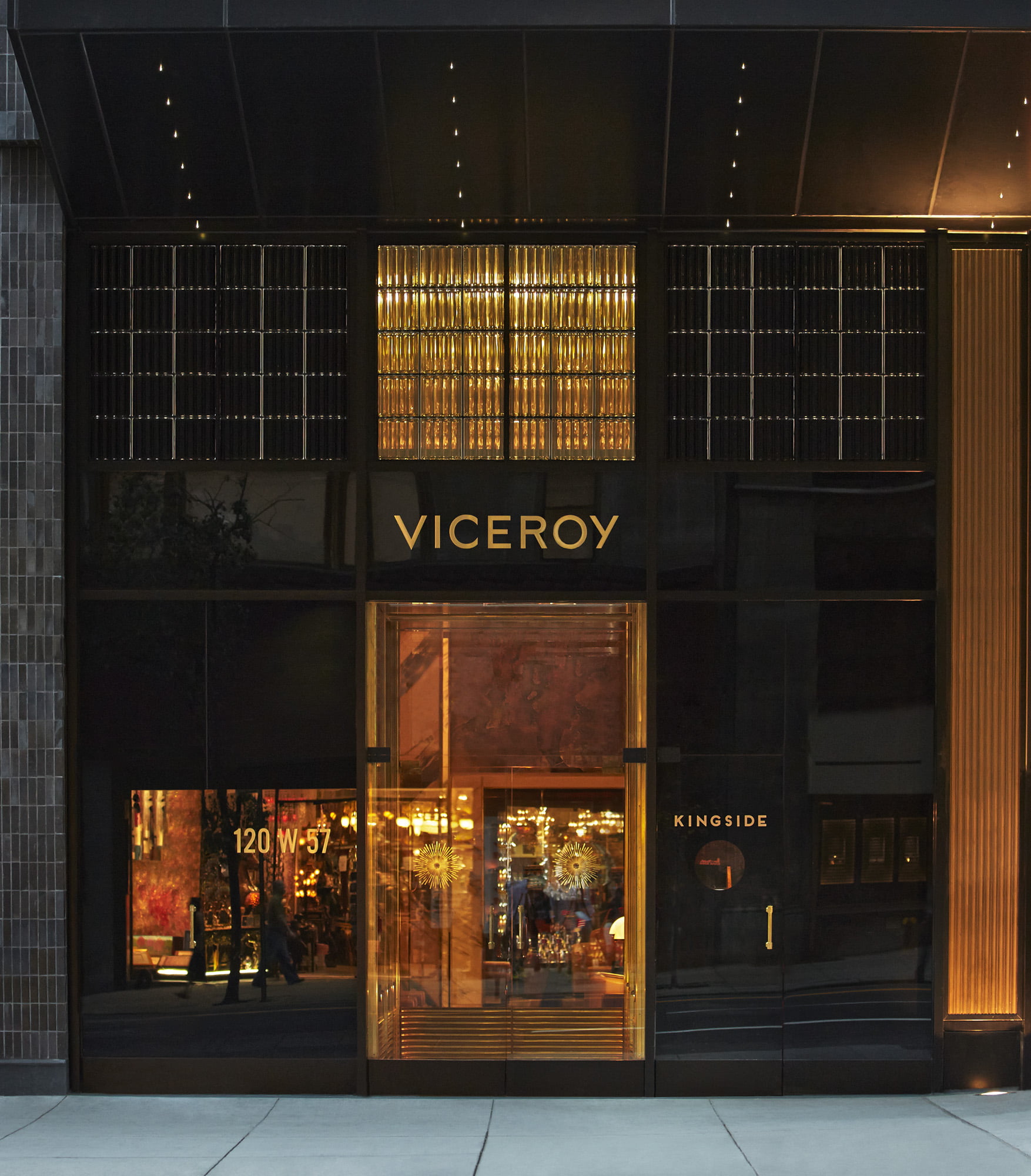 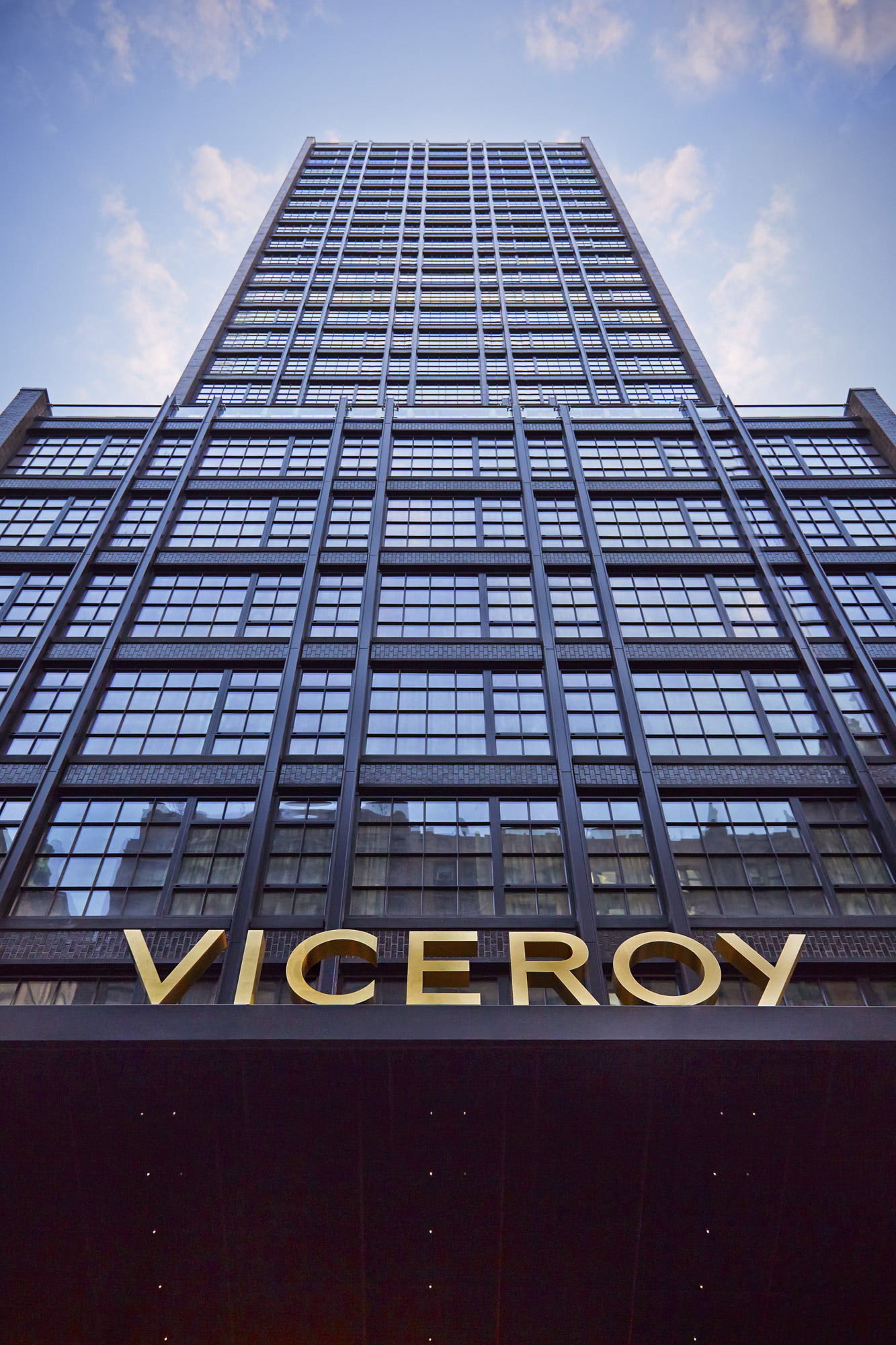 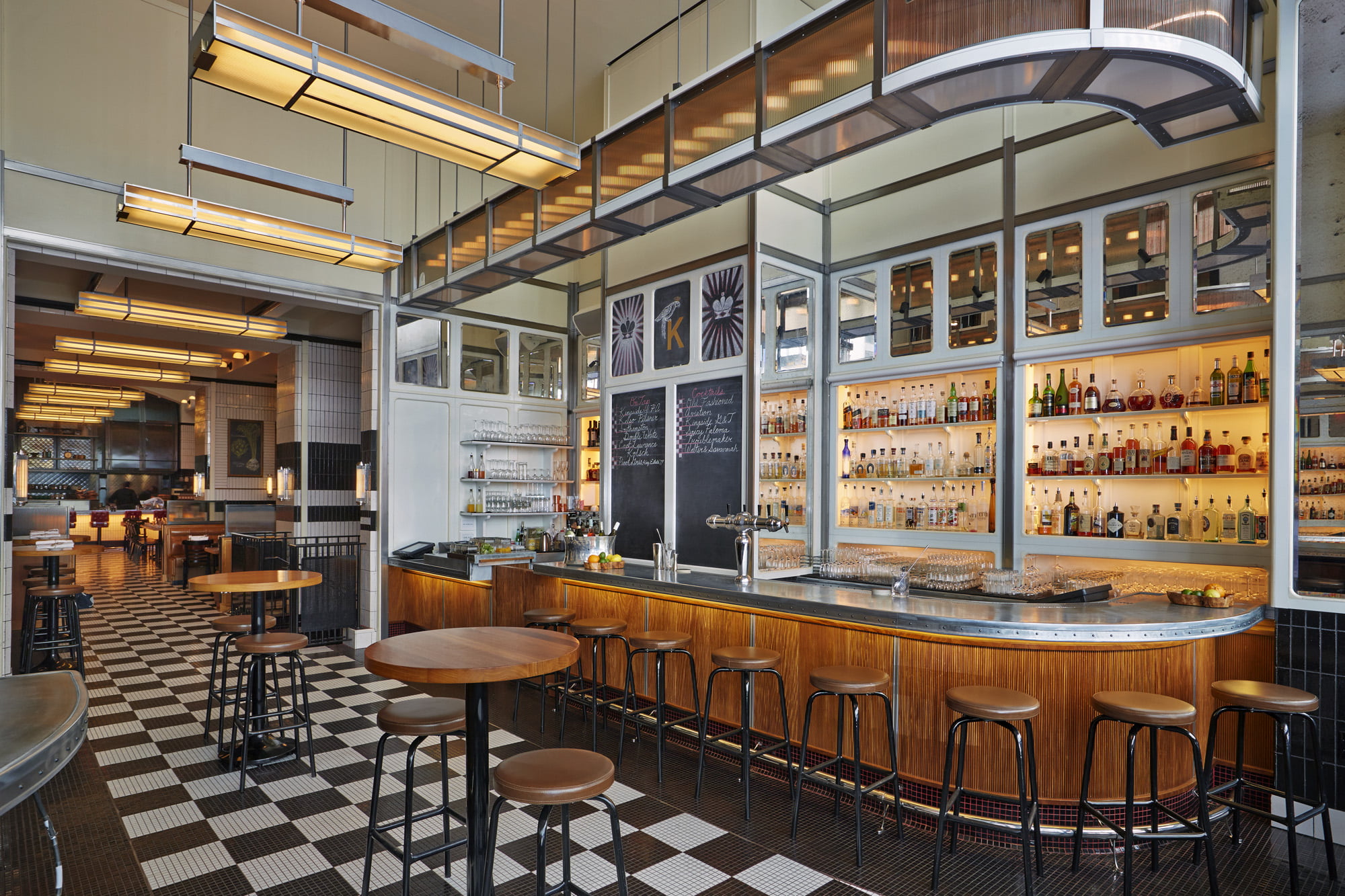 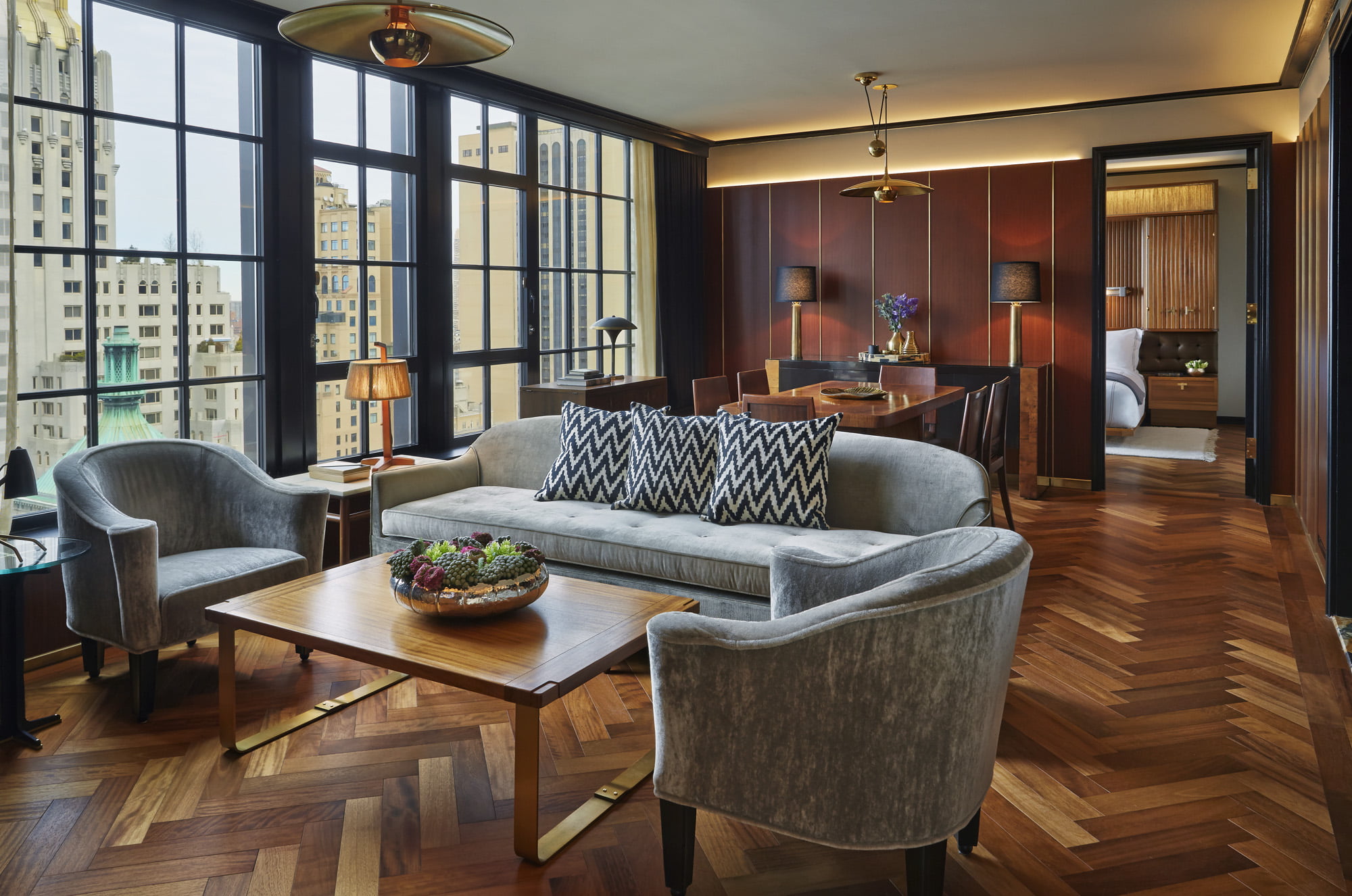 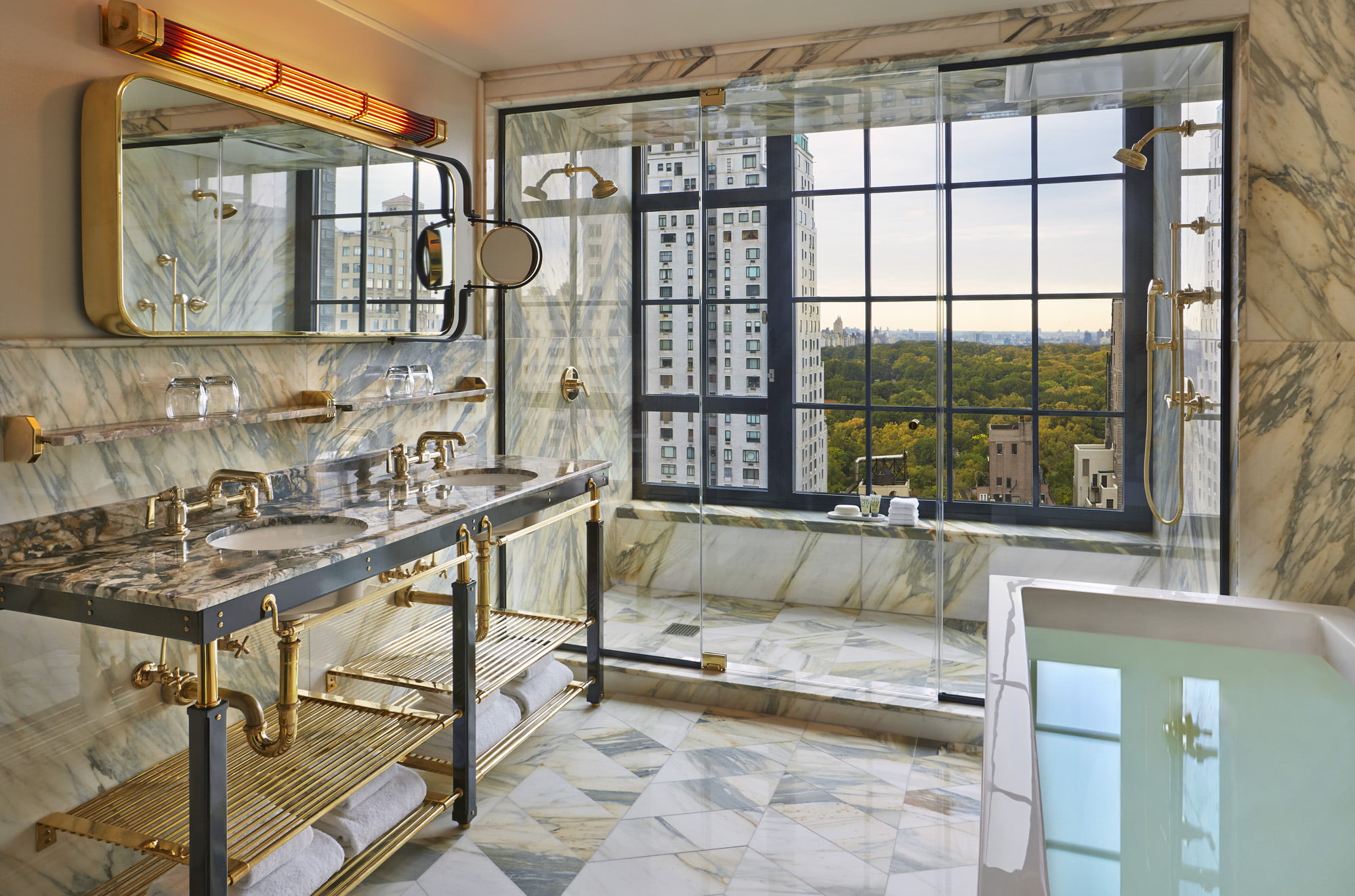 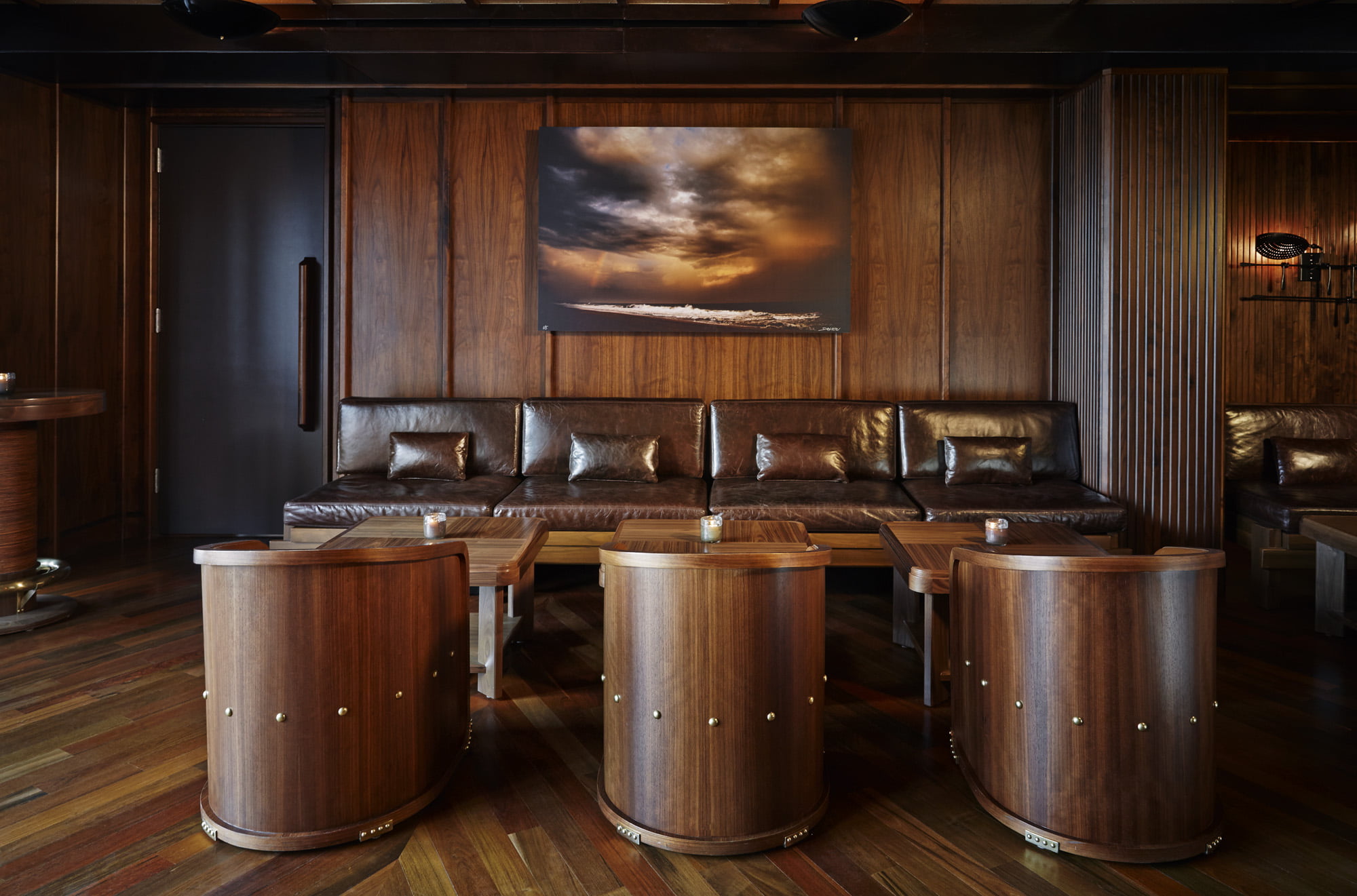 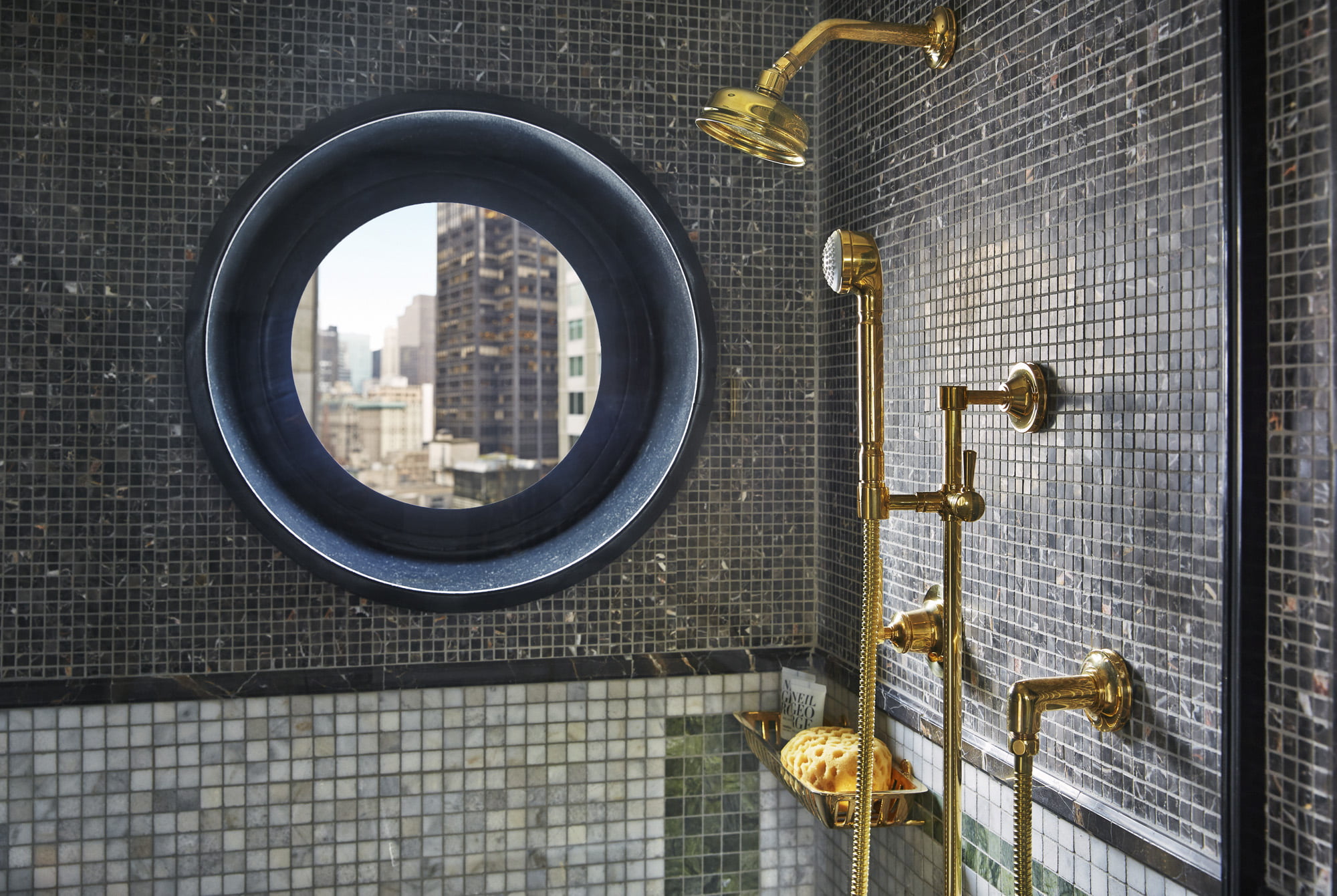 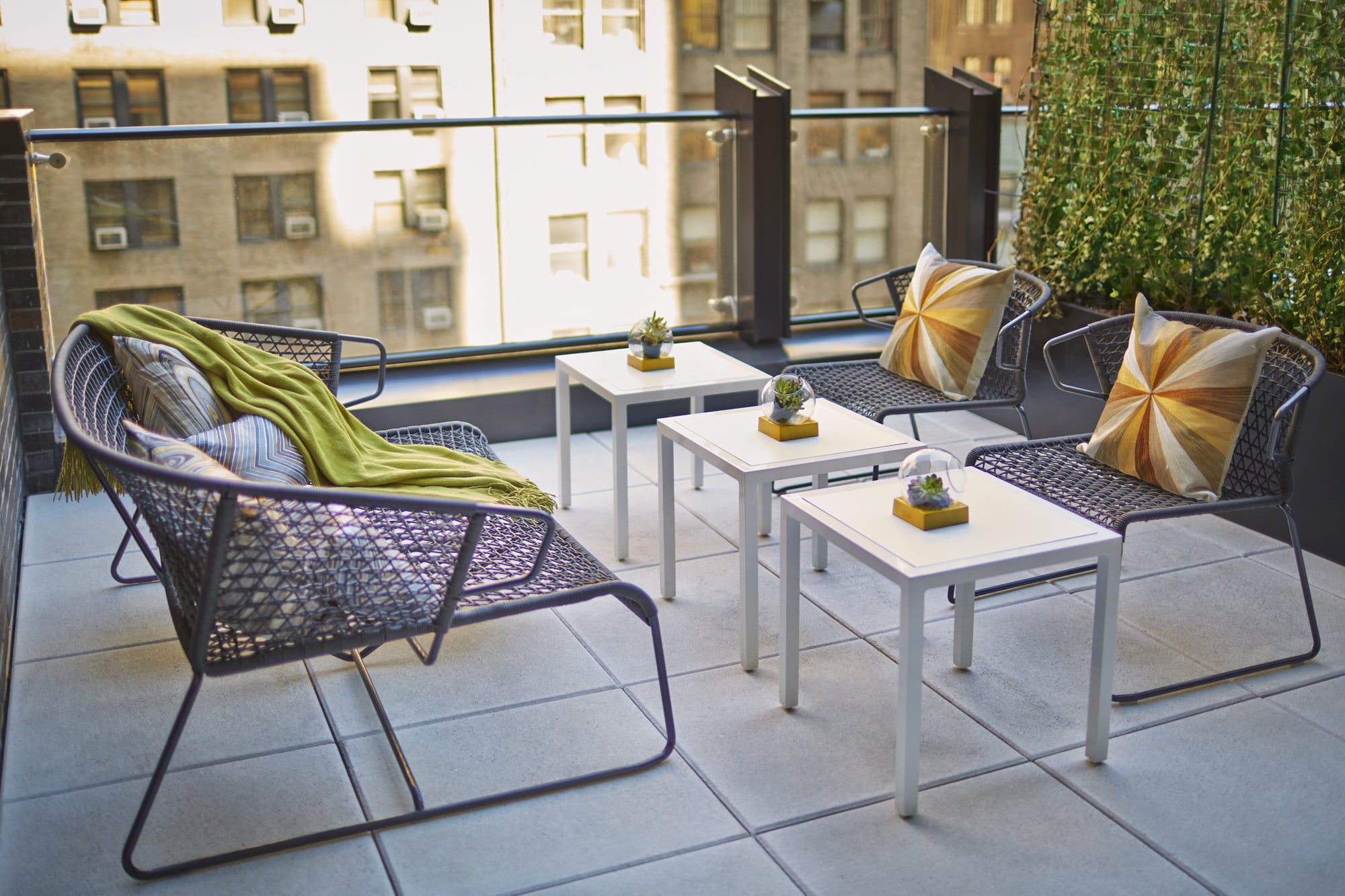