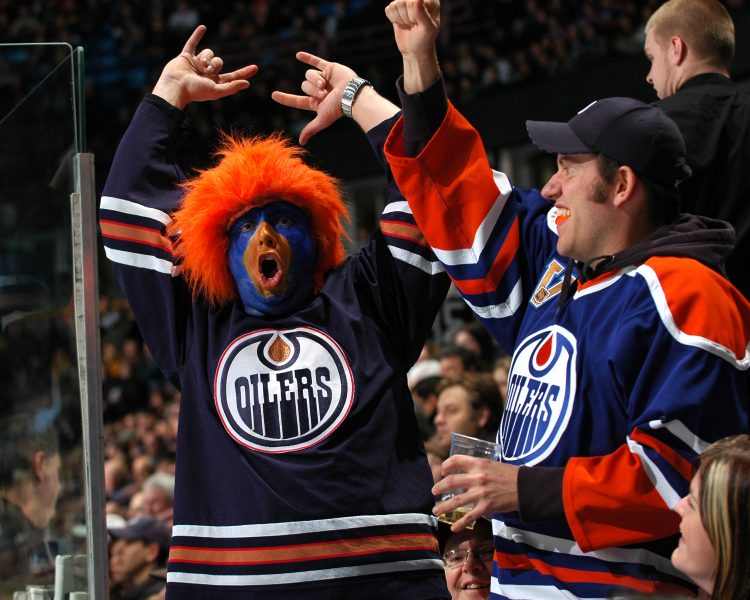 Discover our national passion by going to a NHL game and enjoying the pre- and post-game festivities.

The Great One. The Rocket. The Kraut Line. The French Connection. The Forum. The Garden. The Canadian lexicon probably contains more references to hockey than any other cultural institution. Even the former $5 bill displayed a hockey scene–a young boy playing shinny, accompanied by a quote from Roch Carrier’s timeless classic “The Hockey Sweater.”

The best way to experience our passion for hockey is to attend an actual NHL game, including pre-game and post-game festivities. Here’s a primer on how to get your game on from Montréal to Vancouver.

Montréal Canadiens: The world stands still when La Sainte-Flanelle, winner of 24 Stanley Cups, skates onto the Centre Bell ice, where 17 retired sweaters hang from the rafters. Visitors should also make time for a stroll through the statues on Centennial Plaza and a trip inside the Montréal Canadiens Hall of Fame. Rue Sainte-Catherine certainly lights the lamp during games, but you’ll find Le Bleu-Blanc-Rouge supporters wherever you go.

Ottawa Senators: The Sens’ return to Ottawa in 1992 proved that a midsize Canadian city could support a major-league hockey team and meant that Canada’s capital was again home to the highest level of Canada’s game. Former player Chris Phillips’ Big Rig Brewery is the best spot close to the Canadian Tire Centre. Downtown, head to either the Clocktower Brew Pub or Don Cherry’s Sports Grill, just off the popular Byward Market.

Toronto Maple Leafs: The Maple Leafs has always been “Canada’s Team,” partly due to being beamed all over the country for over 60 years as the featured team on “Hockey Night in Canada.” The Leafs last won the Stanley Cup in 1967, but that doesn’t stop rabid fans from filling the Air Canada Centre’s seats and neighbourhood bars, including Wayne Gretzky’s Toronto. Don’t forget to visit the Hockey Hall of Fame, too.

Winnipeg Jets: In 2011, this midsize Canadian city brought their Jets back after a 15-year absence. Season tickets sold out within hours of going on sale and the centrally located MTS Centre has revitalized downtown. Grab a variety of bites and bevvies at The Forks, then grab a cab to the game.

Edmonton Oilers: The Oilers’ peak may have been three decades ago, but that doesn’t stop today’s fans from filling Rexall Place to cheer on some of the game’s top young talent. Post-game, take a selfie beside Wayne Gretzky’s statue then head to Coliseum Pizza & Steak or catch the LRT downtown to The Pint and Red Star pubs.

Calgary Flames: Every time the home team scores, flames shoot out above the scoreboard in The Saddledome. Flames Central, a sports pub on Calgary’s refined Stephen Avenue, is the place to be on game days, while 17th Avenue Southwest’s “Red Mile,” named during the team’s improbable 2004 Stanley Cup run, remains another popular strip.

Vancouver Canucks: The Canucks have played the best hockey of any Canadian team over the past 10 years. Game night captivates the city, as The Shark Club, Kingston Taphouse & Grille and Lamplighter fill with blue-green-and-white clad patrons.