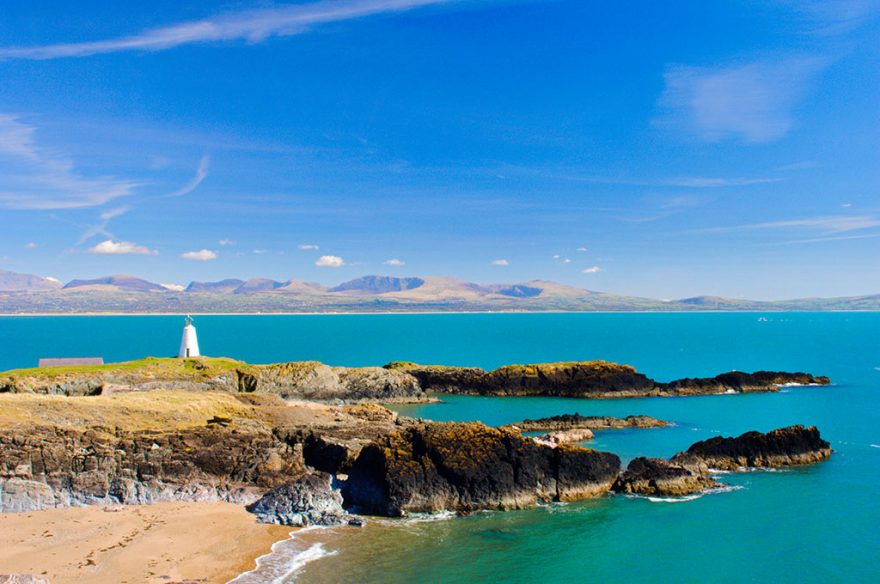 Highlights from ten of the most amazing experiences and places to visit in Wales.

Cardiff – a capital city with a rich heritage and a contemporary vision; its 1,000-year-old castle sits alongside buzzing nightlife and outstanding restaurants. Located just two hours from London by train, Cardiff has it all. Looking for culture? Head to its wealth of museums – ranging from the National Museum of Wales with the largest collections of Impressionist paintings outside of Paris, to St Fagan’s Museum just outside the city, that has re-created more than 40 original historic buildings to show you how Welsh families lived through the centuries. Or else you can catch a major sports event (don’t miss a game of Wales’ favourite sport, rugby!) or a gig by a global superstar at the iconic Millennium Stadium.

National Parks – Wales is home to three National Parks: discover the highest mountain in England and Wales and the largest natural lake in Wales, plus beaches and wetlands too at Snowdonia National Park in north Wales. Picture-perfect villages such as Betws y Coed and Beddgelert sit alongside a rich Welsh heritage – more than half the population of the area speak Welsh. Hike, bike, white water raft or simply soak up the incredible scenery, at the same time as discovering Stone Age burial chambers, Roman forts, medieval castles – and the famous Italian-style coastal tourist village of Portmeirion! Reach this diverse landscape easily from Manchester, only 2.5 hours by train to Bangor station.

Pembrokeshire National Park in west Wales is Britain’s only coastal national park and boasts spectacular beaches; the long stretches of golden sand of Freshwater West have inspired film-makers (films such as Russell Crowe’s Robin Hood shot scenes here) and you can explore tiny villages and Britain’s smallest city, St David’s, while the attractive walled seaside town of Tenby is one of its must-sees.

Brecon Beacons National Park in south Wales, around an hour’s drive from Cardiff, is a treasure trove of natural beauty, industrial heritage, secretive caves, and an enigmatic Dark Sky Reserve, perfect for stargazing its glorious clear skies. The park is a breathtaking place to hike and has an abundance of waterfalls that enhance its charming walking routes. Furthermore, the Park is home to two world-renowned festivals – the Hay on Wye literary festival and the Abergavenny food festival – so it’s a destination for culture lovers and foodie fans.

Castles – Wales could easily be named the castle capital of the world – it has 641 castles! From Raglan in the south east to Pembroke in the south-west of Wales; from Beaumaris on the Isle of Anglesey in north Wales to Powis near the mid Wales border, wherever you go you can be sure to be near one of these important slices of history! The capital Cardiff has its own fortress that dominates the city centre – but its medieval exterior belies a sumptuous interior. Up in north Wales, you’ll find many a medieval castle – England’s Edward I built a number of castles in the region to protect his interests, often described as his ‘ring of iron’ – which becomes explanatory when you see them. They include the mighty Caenarfon Castle, a World Heritage site, while the dark stoned fortress of Conwy Castle also sits majestically on Wales’ north coast.

Wales Coastal Path – Whether you’re a weekend walker, a holiday hiker or an intrepid trekker, with 870 miles of stunning coastline that boasts this designated pathway running through it all, there’s something for everyone to enjoy along the Wales Coastal Path. Ramble across this beautiful coastal landscape and discover Wales’ culture and heritage, encounter wildlife at more than 30 Wildlife Trust Reserves en route, and visit picturesque villages and pretty harbours. There are quick easy walks or more challenging routes, in addition to stretches that have been designed especially for wheelchairs and prams.

Beaches and seaside resorts – There’s a reason why Wales’ beaches – such as Rhossili, Barafundle and Tenby – are often voted some of Britain’s best – wide, open stretches of golden sands, gorgeous sand dunes, charming coves and magnificent bays dot Wales’ spectacular coastline. Thirty three of its beaches were awarded Blue Flags in 2014, meaning they’ve met the highest international standards for cleanliness and safety. Plus they’re perfect for building sandcastles, hunting in rockpools, taking romantic walks or surfing the waves. Fringing some of these beaches are Victorian seaside resorts such as Llandudno in north Wales – stroll along its traditional seaside pier dating from the late 1800s, and lose yourself among the many shops, cafés, bars and attractions.

Food and Drink – Fresh, delicious and seasonal are the bywords for Welsh produce; you’ll certainly eat well all year round, whether that’s feasting on Conwy mussels or mountain-reared lamb, Caerphilly Cheese or the traditional Welsh delicacy of laverbread (which is made of nutritious seaweed harvested from rocks off the Welsh coast). Wales has a reputation for first-class food – annually celebrated in a dedicated food festival in Abergavenny – with excellent restaurants and gastropubs dotted throughout the destination. But did you know that Wales has a growing reputation for excellent wine? Taste the award-winning Cariad wines at the Llanerch Vineyard in south Wales or venture to near the border town of Monmouth for a taste of the delicate wines created at the Ancre Hill Estates vineyard.

Adventure – Wales is made for adventure. For an adrenaline rush via an activity pioneered in Pembrokeshire on the west coast of Wales, try coasteering; that’s scrambling, climbing, jumping and diving your way around the coastline, which makes for an exhilarating holiday experience. With landscapes as diverse as miles of coastline, the deepest caves and mighty mountains, there’s plenty of heart-pumping adventures to choose from; caving, rock climbing, white-water rafting and paragliding just to start with!

Golf – All eyes turned to Wales when it hosted The Ryder Cup in October 2010 at the Celtic Manor Resort. It was the first resort in Wales to host this world-renowned sporting occasion, frequently referred to as one of the ‘greatest ever’ golf tournaments. Its now-famous Twenty Ten Course became the first course to be built specifically for the event, plus it boasts the par-70 Roman Road course and the par-60 Montgomerie Course. Yet throughout the destination you’ll find a multitude of courses – more than 200, covering every variety! There are the two ‘Royals’ – Royal Porthcawl and Royal St Davids, both fantastic links courses in south and north-west Wales respectively, while there are smaller, nine-hole courses at Priskilly Forest and St Davids City both in west Wales. Or enjoy the stunning views at the relaxed course at nearby Cardigan.

Trains – Along coastlines, up mountains or through valleys, a gentle trip on a steam engine is a wonderful way to experience Wales’ diverse countryside with a slice of heritage to enhance the journey. The world-famous Ffestiniog Railway, in the heart of Snowdonia National Park in north Wales, is the world’s oldest narrow gauge railway at nearly 200 years old. Step on board for a journey that takes you from Porthmadog harbour to the slate-quarrying town of Blaenau Ffestiniog. This railway is part of the Great Little Trains of Wales, ten others that encompass picturesque rail travel along idyllic scenes, such as north Wales’ Snowdon Mountain Railway and the Llanberis Lake Railway.

Wildlife – A beautiful coastline equals bounteous wildlife; at the coast of the Isle of Anglesey, in north Wales, you’ll discover a rich profusion of marine life. Take a boat ride out to see Atlantic grey seals swimming off shore, while there’s every chance of seeing harbour porpoise, bottlenose dolphins and seabird colonies of puffins, razorbills and guillemots. The coast of west Wales is also home to about 5,000 Grey seals, mostly in Pembrokeshire and Skomer Island – a 15-minute boat ride from the mainland – where you can also spot puffins, while basking sharks and leatherback turtles are also regularly seen off the Welsh coastline.