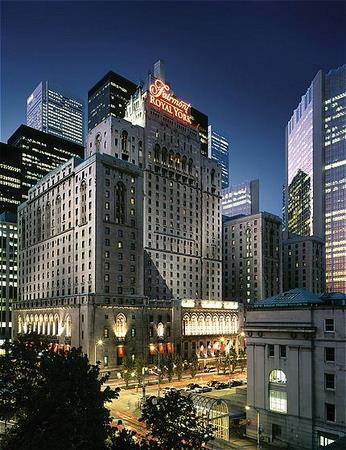 I woke up this morning in a lovely suite in the Fairmont Royal York in Toronto. The curtains in the bedroom area were open a foot or so and my view from bed was of a gryphon shaped gargoyle perched over the corner of the tenth floor. I thought to myself, “This is a hotel.”

This is a hotel that has seen everything from Royalty to every major entertainer and celebrity known to man strolling through its magnificent lobby.

Personally speaking I have spent time there interviewing everyone from our own Don McKellar on through Jackie Chan for one of the most memorable interviews I have ever done. To explain, I have some martial arts training of my own, so I asked Chan if he would demonstrate how he choreographs a fight scene on me. After a number of wonderful demonstrations I made a slight wrong move and got tagged over the eye with a backfist strike that almost knocked me cold. After shaking off the cobwebs it dawned on me – “I just got tagged by Jackie Chan – how cool is that?”

One of the strangest Royal York moments came when I was sitting in a comfortable chair in the mezzanine lounge – all of a sudden there was a commotion in the lobby below – I stood and went to the railing to look down on the lobby to see what was going on. Two members of the Calgary Flames NHL team were happening by on their way to the elevators so they stopped at the railing beside me – what we saw was the Dalai Lama surrounded by aides and supporters making his way through the lobby with that cherubic smile – the constant waving and the quick suffling walk. When he passed from sight I shared a glance with the hockey players – then they headed to the elavator – I went back to reading in the lounge chair – another day at the Royal York!

It has always been a dream of mine to actually live in a regal old hotel and in Toronto they do not come more regal (or older) than The Fairmont Royal York. Built in the 1920s this hotel has been a landmark in this city since the day it opened and remains such to this day. So when I decided to finally write a book about my love of hotel living and hotel culture, there was nowhere else I would could have possibly imagined focusing the book on than this one.

Over the years I have shared my Eloise-like fantasy of actually living in a hotel with a number of celebrities that actually lived that particular dream. I talked to Warren Beatty about the years he spent living in the Beverly Wilshire Hotel in Beverly Hills (“Living in a hotel… is convenient. It frees one up to think about other things rather than household things.”) Johnny Depp lived in the Château Marmont in West Hollywood for several years (“I loved it – living in a hotel was just a safe and anonymous way to live”) and Keanu Reeves (“Actors are transients, we live for our work and we live in our own imaginations and thoughts – living in a hotel gives you the choice to be social if you want to be, or be completely solitary if you want to, hotels are like safe havens where you get to choose the way you want to live.”)

There is also a surrealism to living in a hotel – your neighbors change constantly – but doormen, maids, managers all remain the same – they become the familiar people you wave to on the way in and out of the hotel. 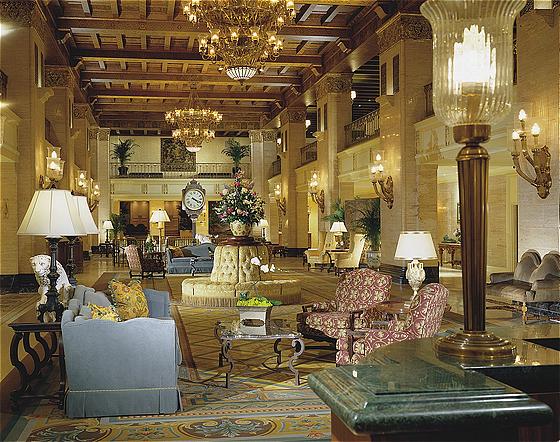 Upon its construction in the late 20s the Royal York Hotel was the largest building by far on the Toronto skyline – over the past eighty years the city had grown up around it – bank towers have soared heavenward to the east, west and north of the hotel (the southern exposure is still owned by Union Station) but the regal majesty of the old Royal York Hotel is still commanding. When you are driving in to the city on the Gardner Expressway despite the CN Tower and the Skydome (I refuse to call it by its new name) and the bank towers and glass condos – that grand dame, the Royal York, still captures the eye.

That neon Fairmont Royal York sign is a beacon that tells people that even though all they are seeing now is ugly glass and steel condo towers sprouting up everywhere – there is still a haven in the middle of it all where class and character can still be found.

I am considering calling the book Living History – The Royal York Diaries – simply because when you walk the halls or the mezzanine lounge or the lobby of the Royal York Hotel – that is what you are doing – you are walking through history – history that is captured in every corner of the place.

I will be filing updates throughout the Royal York experience as the book comes together. Check out the Royal York a www.fairmont.com – and have a look at their new Much More Toronto program while you are there.