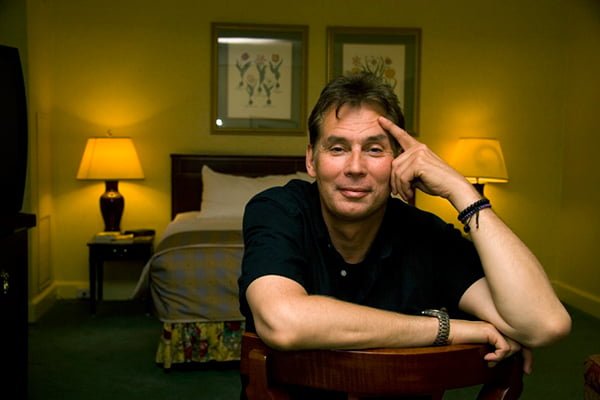 I have always felt a magical, almost cosmic connection to the Fairmont Royal York, and for some time I wondered where that feeling came from.

After all, I have been lucky enough to have spent time in some of the finest hotels in North America – from New York to Beverly Hills, from Miami to Maui, but still, when I am asked to name my favourite hotel, The Fairmont Royal York is always the answer I give without a breath of hesitation.

I knew my grandparents worked here and I know of the long history of interviews and events that have brought me here – but there was always more to it, something I could not readily indentify.

There had to be some other reason why, if I was heading somewhere by train and was early, I would spend the extra time reading or writing in the comfortable mezzanine lounge here in the Royal York. If I was walking somewhere close to the Royal York Hotel – I would detour so I could walk through the lobby.

So, where did that magnetic draw come from?

I pondered the question between of sips of cognac in the lounge of Epic restaurant while having a wonderful conversation with a couple of friends – one being Pete Miskimmin who works with actor Paul Gross at his production company called Whizzbang. Paul Gross and Pete Miskimmin are very familiar with the Royal York as well having shot scenes from various films and TV projects here.

I told Pete that I thought there had to be more than just the place itself – there had to be something that connected me to this place. He said that strolling through the lobby of the Royal York Hotel always reminded him of Christmas – that being here felt like a special day no matter what day you were here.

Well now, while living in the Fairmont Royal York it all became clear – in one casual remark made over breakfast the whole picture sharpened into a crystal clarity. My father Bill, my mother Marie, and my brother Sam all came to join me here in the hotel for breakfast in the York’s Kitchen restaurant (fantastic breakfast buffet – the made-to-order cheese, spinach and tomato omelette is a favourite of mine).

We were all together celebrating my birthday (July 22, for the curious among you). Over the eggs and the terrific sausages and potatoes my mother casually mentioned that I was actually conceived in this hotel, in the Royal York. I was a bit startled by the revelation, the talk and the laughter and the bustle of the buffet just vanished – the room, to me, went silent, and I turned to my father and asked him to confirm this fact – he thought for a moment and chuckled, then told me that it was a fact. My parents had spent their honeymoon in The Royal York – and the arithmetic confirms the rest of the story.

All of a sudden in that innocuous little moment over breakfast my magical connection to this hotel become clear, abundantly clear – I was made in this hotel – the Royal York is actually a part of the fabric of my being. I was overjoyed by what I had learned because that meant the book I am doing as part of this experience would be unique – uniquely unique in that the author of a book on living in the Royal York would be writing it from the place he was conceived!

One of the gifts I received over that delicious and now extraordinarily memorable York’s Kitchen breakfast was an old used bookstore copy of Arthur Hailey’s 1965 bestselling novel, Hotel. I had been searching for the book high and low ever since the Fairmont Royal York’s Melanie Coates told me about Hailey living in the hotel, like I am, when he was writing the book. I could not find a copy anywhere – I even contacted at friend at the original publisher to see if she could track down a copy without any luck.

I quickly began devouring the book – for some reason Hailey chose to fictionalize the Royal York – calling his hotel the St. George Hotel, and he changed the setting from Toronto to New Orleans for some strange reason – so Front Street became Corondelet Street in his novel.

His story is one of characters drifting in and out of the ever changing microcosm of a major old hotel – the drama and the intrigue that goes on in the suites, the halls, the offices on a daily basis.

Being a hotel lover I followed the story with great interest – and from the perspective of being an author myself and living in the hotel used as the physical reference – I found myself sitting in my comfortable suite with my feet up and smiling at the fact that I knew a thing or two about this novel that the average reader did not.

It is very cool reading a novel like Hotel, from a towering Canadian born novelist like Arthur Hailey, and reading his descriptions of the lobby ceiling I know so well, of the feel of walking the long halls, of the shape and configuration of the suites both average sized and large. And it is even cooler to think that forty four odd years after Hailey wrote his novel another Canadian author is living in the grand old Royal York Hotel to write a book on the experience – only this Canadian author has no intention of fictionalizing any part of the adventure. I don’t have to – the adventure I am living here is rich enough.