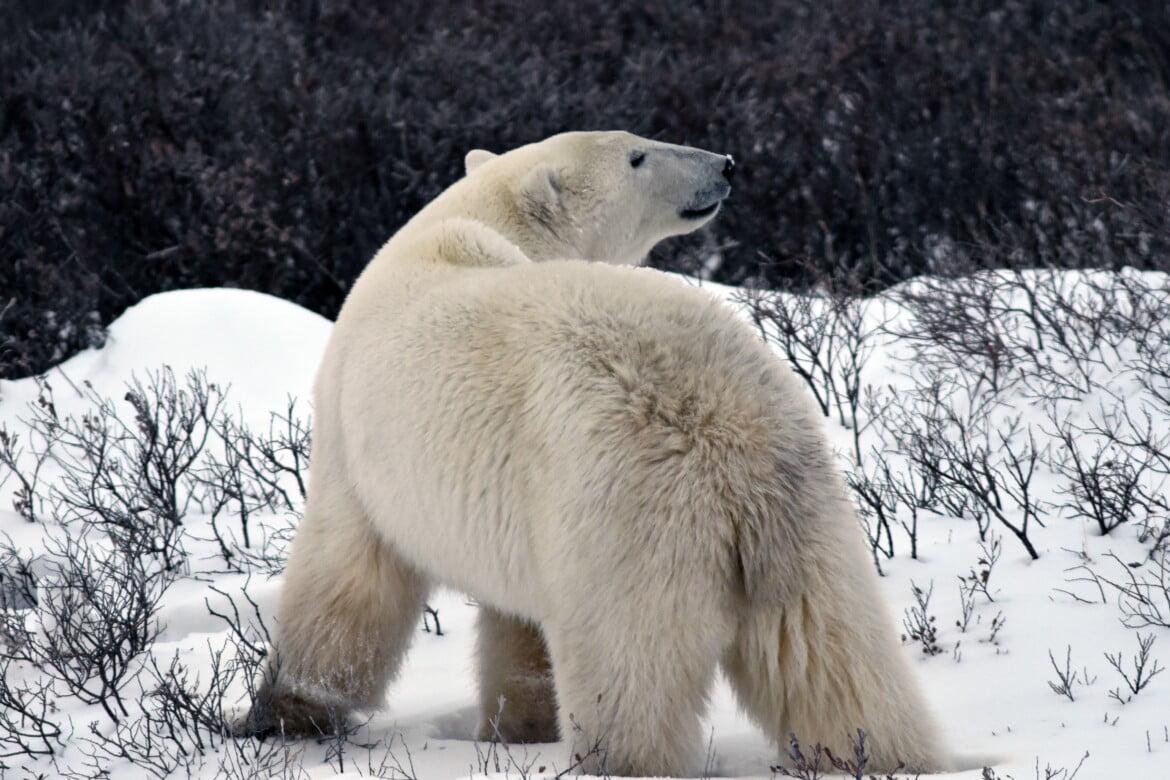 By Nina, Nina Out and About

The town of Churchill in northern Manitoba, on the Hudson Bay, is one of the best places in the world to see polar bears.

When the ice has melted and the bears are out of their winter dens during the summer months, Churchill becomes a bear-watching mecca. They even come into the cities to look for things to eat.

But the best place to take in these amazing creatures isn’t in the city, it’s actually on a polar bear safari.

There are several tour operators in town who will take you out into the tundra in search of these impressive creatures.

These tours require multiple days, as you’ll need to go outside of the city limits to take in the polar bears in a safe environment.

Visit between July and September to witness these stunning creatures in their natural habitat.

You’ll be safe in an armoured vehicle while you marvel at the largest land mammal in Canada!

Be sure to bring your camera–you’re guaranteed to take some amazing photos!

If you’d rather stay in the city, you can also check out the polar bears at Assiniboine Park. The conservation area will help you learn more about polar bears and their struggles to live in an ever melting eco-system.