7 things you need to do in Chicago 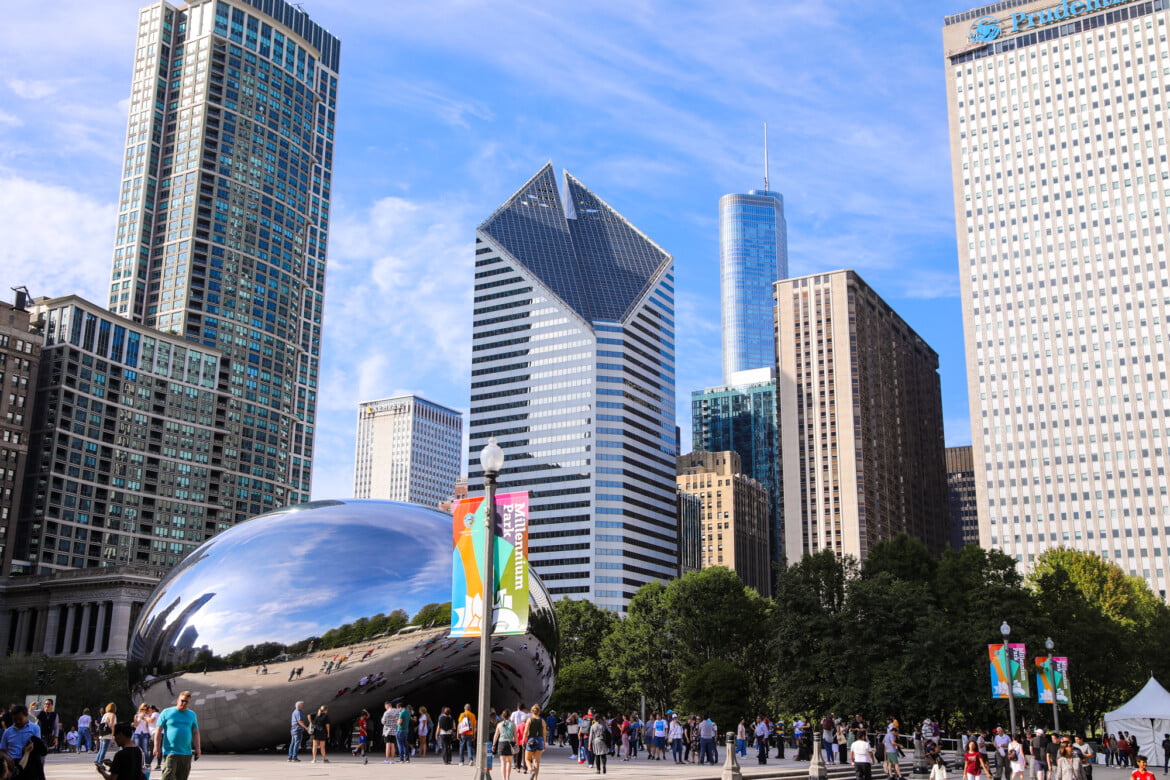 Chicago has everything, and it’s easy to fall in love with this original, authentic destination for music, food, and culture. The city is packed with experiences, incredible culinary opportunities, and events all year long.

And don’t just take my word for it. In 2022 Chicago was named the Best Big City in the U.S. for the sixth straight year by Condé Nast Traveler. Once again the Readers’ Choice Awards showed just how much travellers love the city.

Here are some of the top reasons that you need to plan a visit to Chicago. It doesn’t matter if you’ve been to Chicago before, or if you’ve been a hundred times, there’s always something new to discover in the Windy City.

The Loop is the heart of downtown Chicago, and you could easily spend a weekend just exploring the architecture, restaurants, parks, stores, and landmarks in this part of the city alone.

Take a walk and explore, jump on a bus or boat tour, and visit some of the best that the city has to offer, including Millenium Park, Grant Park, Willis Tower with Skydeck Chicago, the rich Broadway theatre scene, and some of the best hotels, bars, and restaurants.

What I love about the Chicago Loop is that it’s so walkable. Walking from one end of the Loop to the other only takes about 20 minutes, and along the way you’ll see a little of everything. Or you can also jump on the Chicago “L” train for an historic and scenic view of the city’s core.

Many of our top picks below are from around the Loop, but it’s worth mentioning the whole area since it’s such an important part of this gorgeous city.

Chicago architecture is literally one of the most jaw-dropping things about the iconic city. There’s no city that looks like it, and from the bridges, and remarkable buildings, to the art and statues that you can find around every corner, Chicago has a rich and robust history to discover in the art of it’s very bones.

The city has a lot of architectural styles, thanks to all the changes that have shaped the city, but you won’t find many cities that have so many stunning examples.

At the top of my list is the Tribune Tower and the new St. Regis Chicago, but there are gems everywhere, from the Rookery Building, and the Wrigley Building, to TheMART, and the Aqua Tower.

Learn all about the history of the buildings, the architects, and their styles on a trip aboard Chicago’s First Lady river cruise, or make time to visit the Chicago Architecture Center at Michigan Avenue and the Chicago River.

When it comes to waterfront parks in the heart of the city, there is nowhere else like Millennium Park and Grant Park.

Located in the Chicago Loop, Grant Park is over 130 acres, including Millennium Park where you can find Cloud Gate or “The Bean”, Buckingham Fountain (made famous for those of a certain age by Married With Children), and the remarkable Art Institute of Chicago that’s home to Nighthawks by Edward Hopper, Grant Wood’s American Gothic, and Georges Seurat’s A Sunday Afternoon on the Island of La Grande Jatte.

The last time I was in town I spent most of the day walking the park, and there’s art around every corner, from sculptures to fountains, and architecture, like the Pritzker Pavilion where the city hosts festivals and concerts. It’s also a beautiful park to enjoy, where so few cities have spaces like this along the waterfront.

The park is also home to the Field Museum of Natural History, the Shedd Aquarium, and the Adler Planetarium, three of my favourite educational institutions in the city.

Food and the culinary scene are at the heart of what makes Chicago so special. You can sample menus by Michelin-star rated chefs, go on a pizza tour, or attend one of the best food festivals in North America.

Taste Of Chicago takes over Grant Park every year with culinary displays, spirit tastings, and events that feed the soul and the stomach with some of the best food and drinks imaginable. But it’s not the only food festival in town. Chicago Gourmet is another top-notch food festival, among a list of many festivals held throughout the year.

I also love Windy City Smokeout, a fantastic country music festival that features some of the best BBQ chefs in the U.S. There’s wings, brisket, and all kinds of dishes, but I’ll really never forget the opportunity to try a crawfish boil with Moët & Chandon to go with it. Come for the music, and stay for the absolutely phenomenal food.

And of course Chicago is home to lots of incredible restaurants. There’s The Purple Pig, Boka, and one of my favourites, Tzuco, an upscale Mexican restaurant with the most incredible fusion of flavours, not to mention epic pizza from Lou Malnati’s Pizzeria, Forno Rosso Pizzeria Napoletana, and Giordano’s.

Speaking of pizza, if you want a tour like no other, you need to try Pizza City USA. Take the bus, or walk to explore some of the best pizza in the West Loop. If you’re a pizza lover, you won’t regret it.

And for something else, you can try the best sandwiches and desserts at J.P. Graziano Grocery.

Chicago is festival central, with something fun happening almost every week of the year. Some of the biggest festivals and events include Lollapalooza, Pitchfork Music Festival, Chicago Blues Festival, World Music Festival Chicago, and of course, all of the St. Patrick’s Day festivities.

There is a lot more to Chicago festivals though than music and St. Patrick’s Day. In October there’s the Chicago International Film Festival, February features Chicago Theatre Week, Chicago Pride Fest in June, and there’s also the Chicago Comic & Entertainment Expo in August.

That barely scratches the surface though, so for a full list check out Choose Chicago‘s roundup of every major festival in the city. For food lovers, my top picks though are definitely Windy City Smokeout and Taste Of Chicago.

Every great trip means having the perfect home away from home, and Chicago has dozens of awe-inspiring hotels in any neighbourhood you want to stay in, and they range from small, boutique properties to pure luxury.

A few boutique gems include Freehand Chicago, The Robey in Chicago’s Wicker Park neighbourhood, and The Guesthouse Hotel.

For luxury and the best that the city has to offer, look no further than The Ritz-Carlton, Chicago, The Peninsula Chicago, Four Seasons Hotel Chicago, Waldorf Astoria Chicago, and Loews Chicago Downtown Hotel. These are the best of the best, but I especially love that the Loews Chicago is right at the edge of The Loop, so it’s central to so many attractions. They also have an excellent rooftop lounge and fantastic cocktails and food.

For something really new, The LaSalle Hotel, Autograph Collection, also opened in Chicago earlier this year, and it looks incredible.

When it comes to museums, at the top of your list you need to visit the Art Institute of Chicago, the Field Museum, the Shedd Aquarium, and the Adler Planetarium, but there are so many more museums to explore in the city.

How about the Ice Cream Museum, for example? Eat as much ice cream as you want, explore the history of the dessert, and enjoy photo-worthy moments at the new destination.

Other major museum highlights include the Museum of Contemporary Photography, the Museum of Science and Industry, and the DuSable Black History Museum.

If you can’t pick which museum you need to see, explore an interactive map to find your perfect day in the city.

And there’s no shortage of adventures you can have in Chicago. Try out kayaking along the Chicago Riverwalk, go rock climbing, jet skiing, throw axes, or step out onto Skydeck Chicago, where you can look down from the heights of Willis Tower from an all-glass balcony.

And if you time your trip just right, watch out for Open House Chicago in October, with free entry and self-guided tours at some of the city’s most spectacular buildings, mansions, and more.

Watch a tour through Chicago

Looking for more from Chicago? Watch highlights from my last trip to the Windy City to get a taste of what to expect, and what you need to see, especially around The Loop.