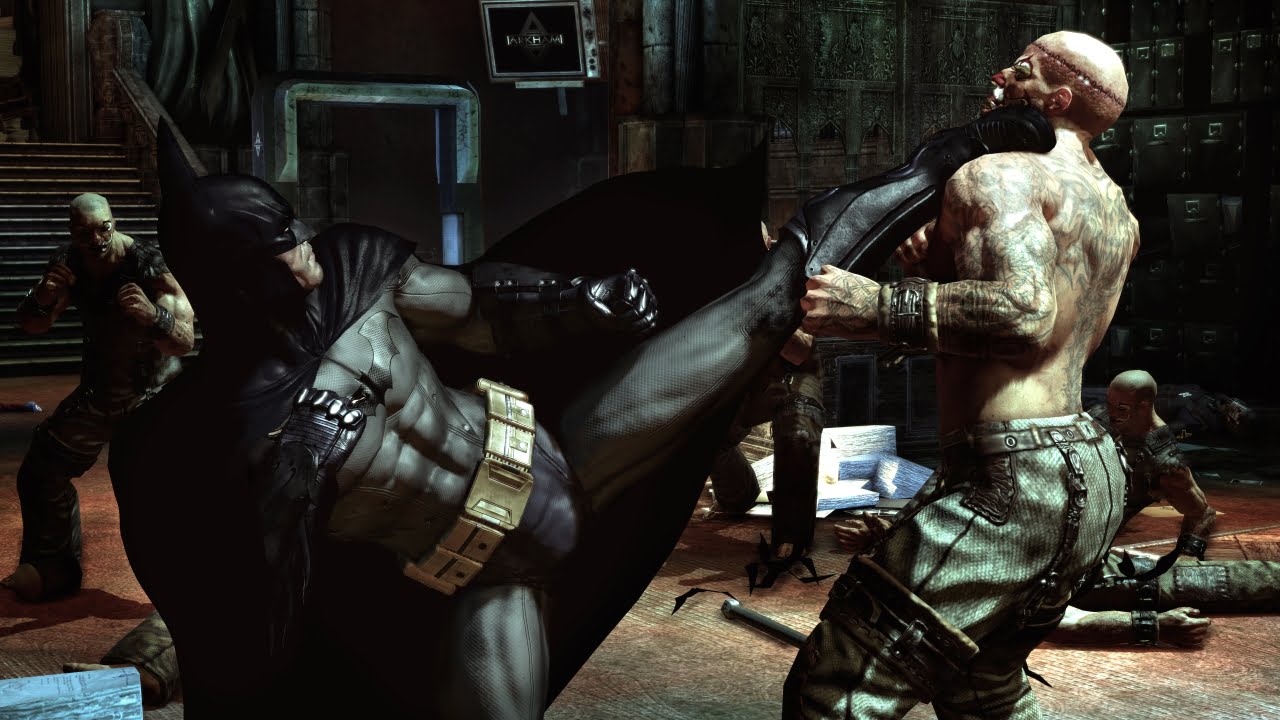 Batman is the man. More to the point, Batman is one of the greatest superheroes ever created, and the idea of jumping into his Bat-boots to fight his Bat-criminals is bound to make for great gameplay. Funny though that it’s been years since there was a great Batman game available. For that matter, there have been relatively few truly great superhero games to speak of, aside from Spider-Man 2 and the quasi-hero title, inFamous.

That is, until Batman: Arkham Asylum came along from Eidos Interactive and Rocksteady Studios; an epic, atmospheric, and entertaining game that does almost perfect justice to one of pop culture’s most celebrated heroes. (It seems doubly appropriate that the game came out on Batman’s 70th anniversary.)

Batman: Arkham Asylum is one of those rare titles that sums up the entire reason to pick up a game controller in the first place. Set on the remote island that houses Arkham Asylum, the game begins with Batman hauling the Joker in for the umpteenth time. What confounds Batman is that the Joker practically came in without a fight, and he’s not sure what that might mean. Since Arkham Asylum is the lock-up for pretty much every major villain in Gotham, you might have a better idea where this is going though.

Taking control of Batman, you follow the Joker and a bunch of guards into the core of the building, and you don’t get very far before the Joker springs his trap. In a moment, guards across the building are taken out as the Joker’s men, and some of Batman’s worst enemies, take over the entire island. But, what exactly is the Joker up to this time?

Since Batman didn’t come into this expecting a fight, you start off the game with the basics – your reliable Batarang, your cape, and that kick-ass attitude.

Making your way across the island, which is filled with incredible eye candy and environments, you’re given a series of quests to complete as you take out some of the biggest villains in Gotham. Bane pops up, as does the Scarecrow, Poison Ivy, the Riddler, and of course there’s Harley Quinn. All of this adventure is spread out over a respectably-large map that includes multiple buildings, a special Bat-cave, and a sewer system.

Played as a third-person adventure, where you hover just above and behind Batman’s epic cape, the game is action-packed and clever, thanks to a very good storyline, and more importantly, brilliant gameplay.

The first ingenious element is the games “Detective Mode”. Although the game is not shy about fighting, Batman is more of a stalker of criminals than, say, a Superman who leaps in front of speeding trains, so your main objective is to creatively take out one bad guy after another, which sometimes means taking on enemies as quietly as possible. Sneaking around is actually the easy part, but finding the villains, and all of the island’s hidden secrets, is a bit trickier – unless you’re using Detective Mode.

When turned on, this mode gives Batman a special view of his surroundings that points out hidden elements, and more importantly, any nearby enemies. To be honest, it’s often easier just to leave Detective Mode on all the time if you want to unlock everything, although that pretty much erases the game’s stunning visuals since it’s stylized with a green-tint and looks kind of flat compared to normal mode.

In terms of movement through the environment, the game feels a bit more restrictive when you start out, but becomes a veritable playground as you progress and unlock more of Batman’s toys. Arkham Asylum also goes through some changes as you play, so some of the environments can be a lot of fun to revisit as you unlock more of the game’s storyline and secrets. Needless to say though, you will spend as much time up in the air, running along rooftops and gargoyles, as you do running across the ground.

That brings me to my first minor complaint about playing as Batman, and in particular, controlling him. The biggest challenge is landing the big lug after he’s taken flight, thanks to the fact that you’re hovering behind his cape, which is massive once he’s airborne. This can literally fill up half of the screen, or more, making it hard to steer him to an exact spot.

Moving on to the combat system, I was completely blown away by the simplicity of Batman: Arkham Asylum. On the PS3, you press the square button to hit someone and if there are multiple opponents you just push the controller towards that enemy and hit the square button again. You can also stun enemies for a moment, throw them, or maybe most importantly, perform a takedown. As you progress you can also use certain powerups during combat, including using your Batclaw or Batarang, which become essential during some boss fights.

Speaking of boss fights, that’s my second primary complaint with the game, and easily the single biggest issue. Early on it’s easy to consider the boss fights a little weak and laugh it off as a level design problem, but by the end of the game you will wonder why you had to fight the same bosses four or five times, with the same moves. Even when you aren’t re-fighting the same enemies, the levels tend to end quite badly, with only a couple of the boss fights feeling like they were worth playing (the battles with Scarecrow are easily the best in the game).

Forgetting this failing, the game is still a genius because it makes great use of the sandbox environment, while directing the story effortlessly, and giving you more to do than just beat up insane villains and flap around from rooftop to rooftop. Armed with just a handful of items, including the explosive compound sprayer, you can take down enemies in creative ways, suiting your own particular style, or unlock hidden puzzles.

Some levels, where you have to use your wits to get across the various traps and open abysses, will probably force you to retry the same spot a few times, as will a number of battles and boss fights, but that’s actually the best part of the game. No matter what skill level you have, or how far you unlock Batman, there is always just a bit more to unlock and discover it seems. For instance, Riddler has hidden clues all over the island that he expects you to try to solve, plus there are also messages hidden in unlikely locations that will unlock another story from one of the island’s previous inhabitants.

Although it’s an add-on for the PS3 game, there are also a couple of interesting downloads available. The most notable is the chance to play some of the challenge mode maps as the Joker. While this is a fun novelty, that makes the game a bit more interesting, I was kind of hoping that you could unlock playing parts of the game as the Joker instead. That may be asking too much, but otherwise the downloadable content is simple fighting matches to get the best score, rather than any interesting new objectives for Batman.

Everything considered, Batman: Arkham Asylum has a few obvious failings, but none that diminish the fun of playing as Batman in one of the best superhero titles I’ve ever played. This feels like a real Batman adventure, fully fleshed out, and brought to life in wonderful darkness, and if we’re lucky, more developers will take note and create titles that give gamers what we really want: an immersive game (like this) that serves the character and their stories. 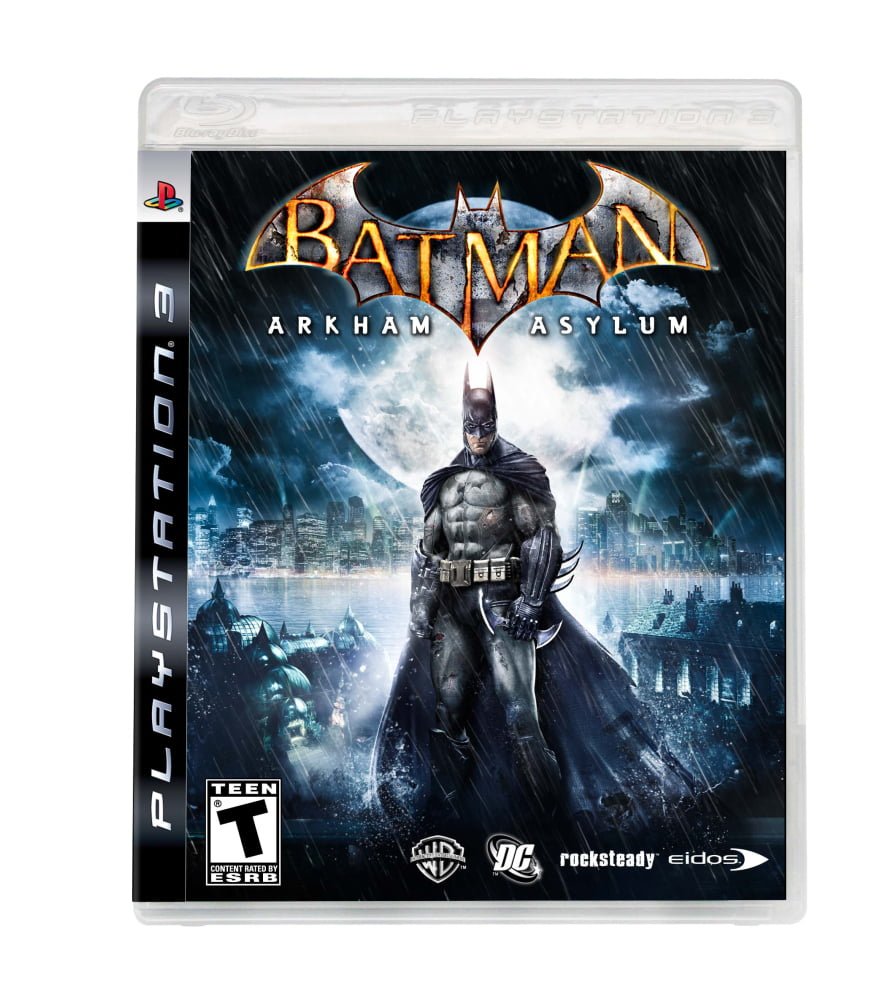 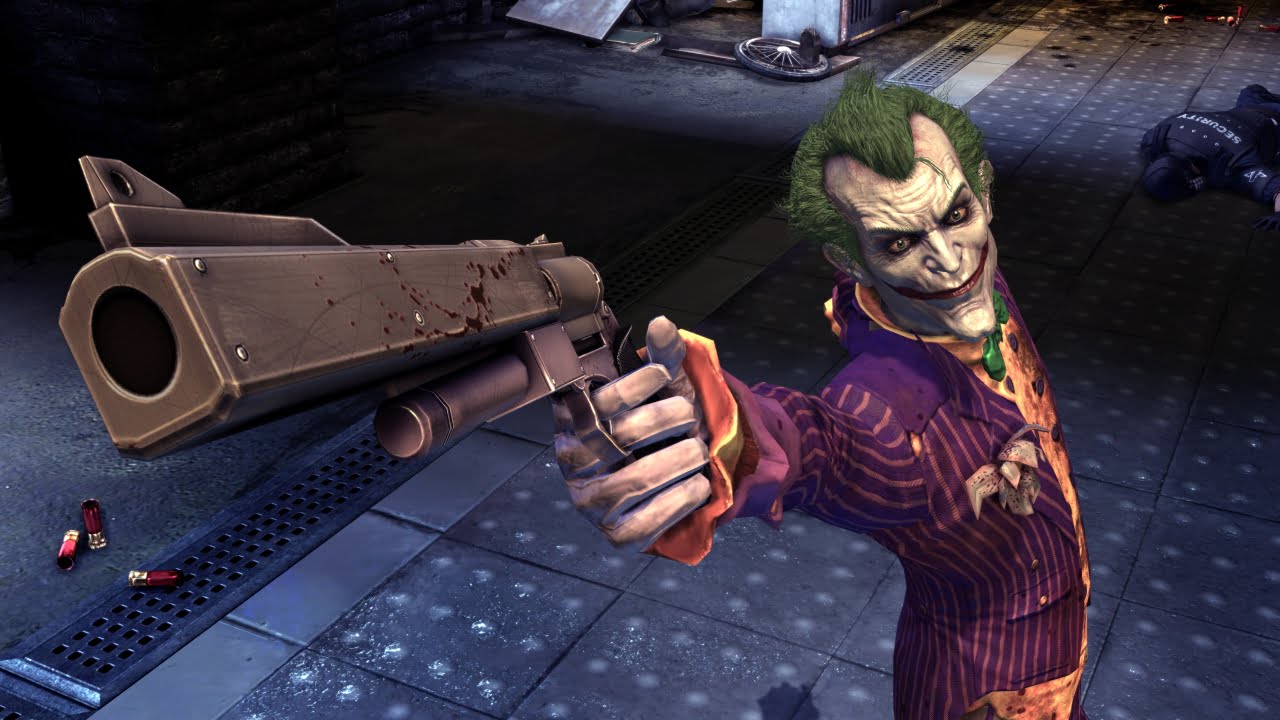 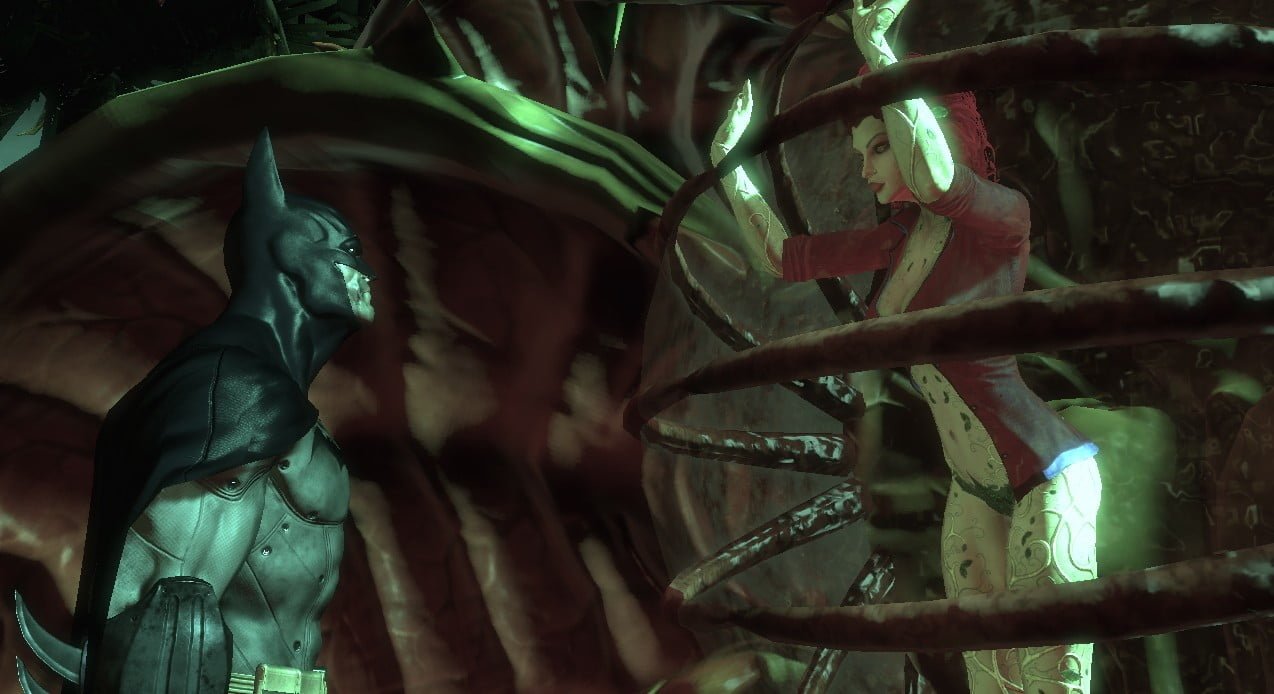 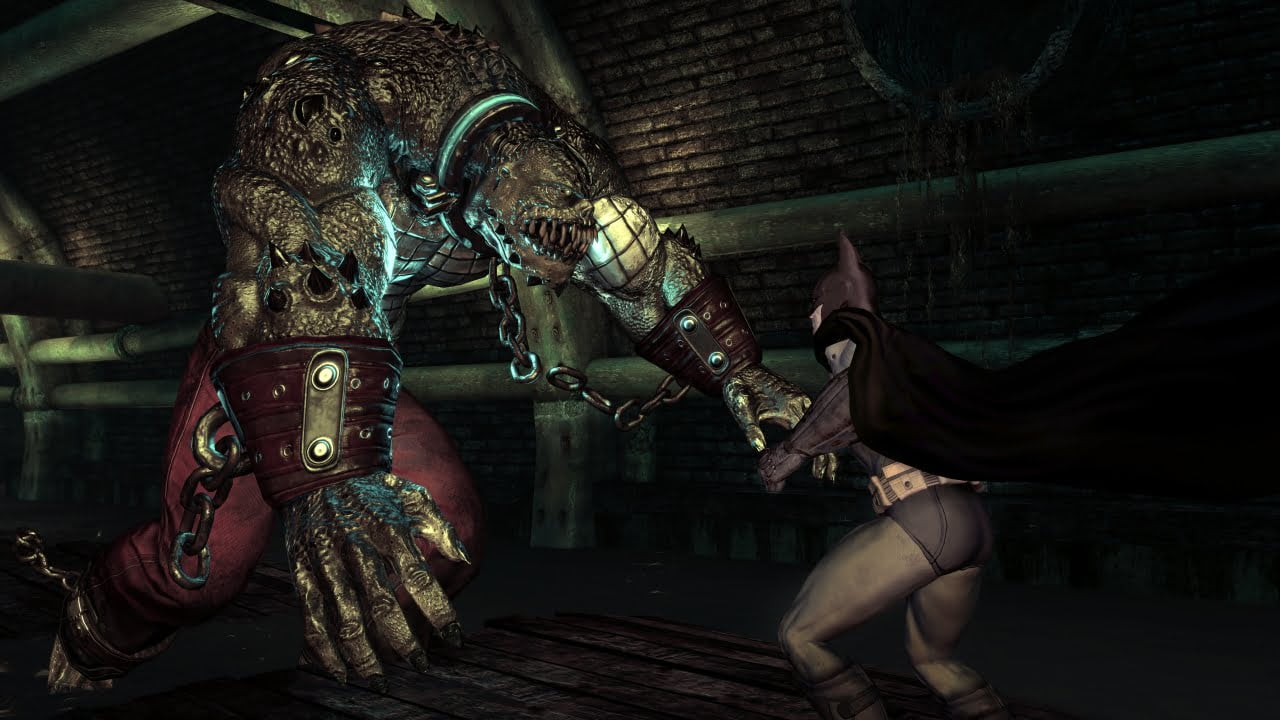 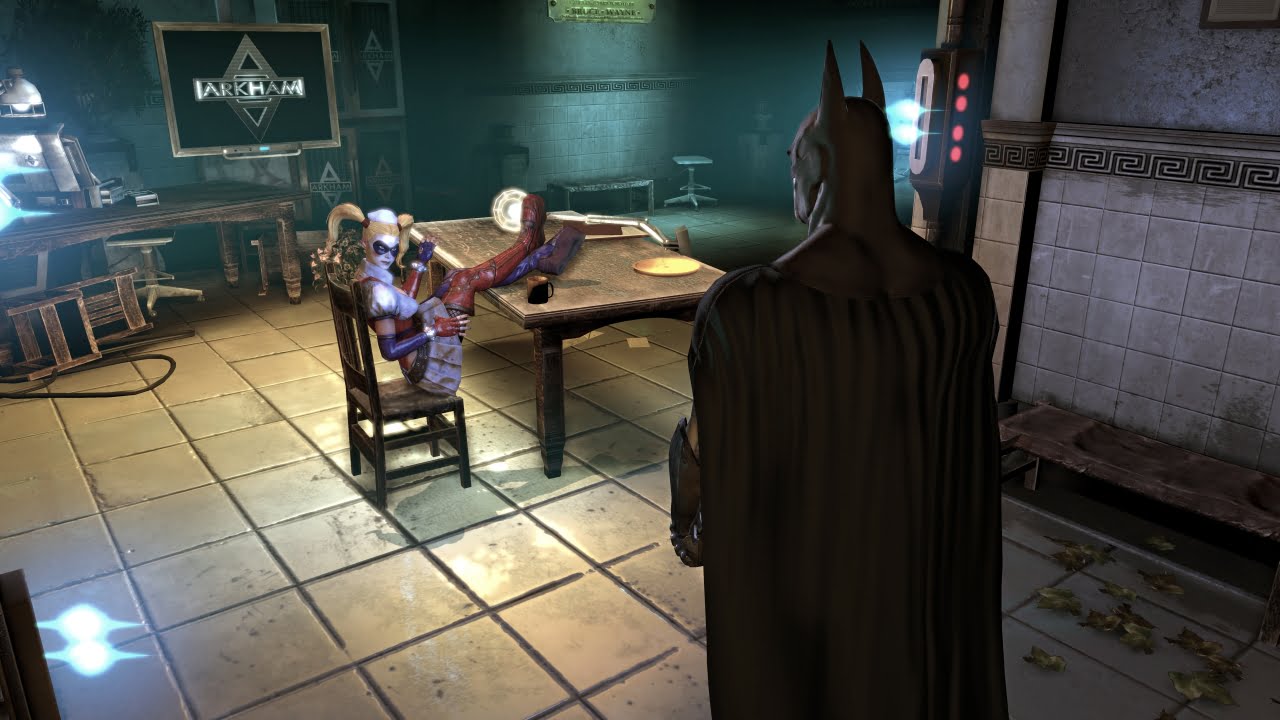 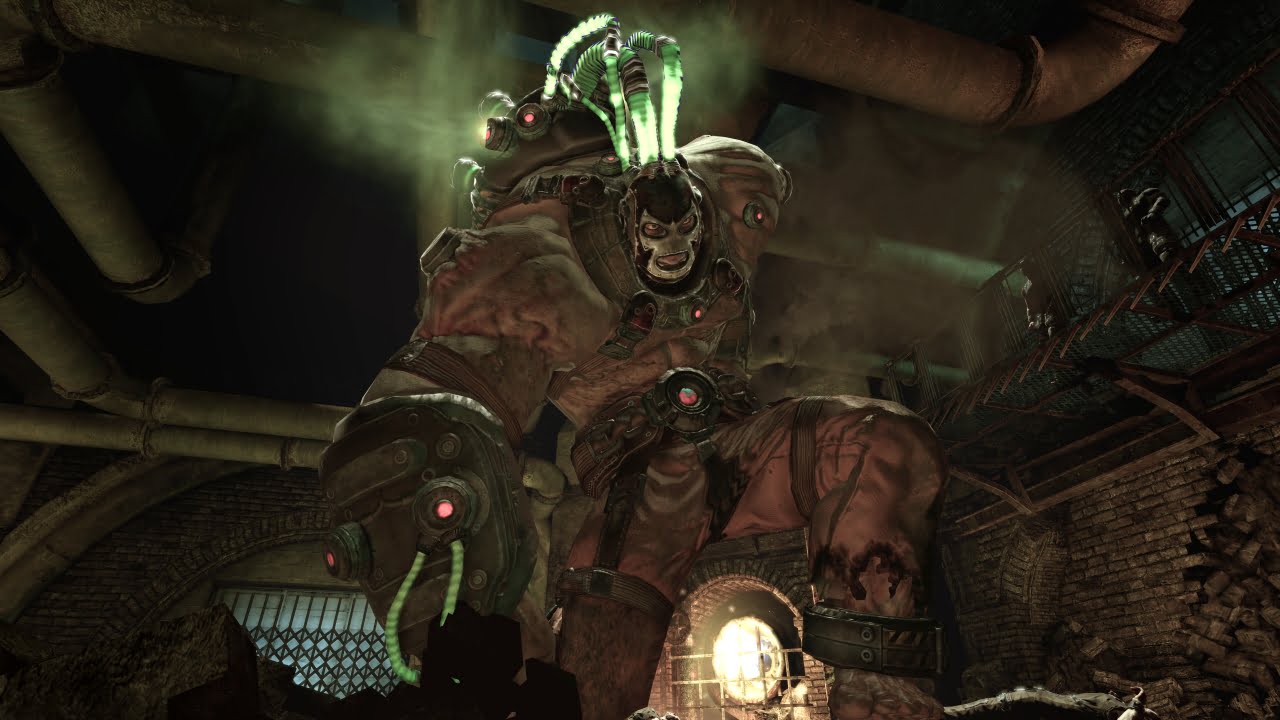