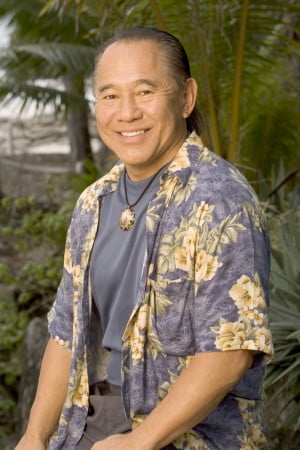 Quitters may never win, but do wannabe losers who almost quit stand a chance? Tonight’s episode of Survivor: Panama – Exile Island left that question open for the time being after Melinda Hyder was given the boot, despite the fact that Shane Powers‘ seemed intent on quitting and running home to his home and family.

For the rest of the Survivors the big event in the episode was the merging of the four small teams, consisting of young and old men and women, into two mixed teams under the buffs of La Mina and Casaya. This came after contestants were asked to pick their teams, men choosing women and vice-versa, before competing for tribal immunity.

Now in its 12th season, Survivor is still proving itself as one of the best reality-based shows on TV, if for no other reason that the producers know what fans want to see, and they keep providing it in a reorganized package each season. Combined with the music and incredible editing and cinematography, it’s easy to see why people are still tuning in.

It wouldn’t be Survivor though without surprises, and this episode it came when Bruce Kanegai, the only remaining Survivor not on a team, was sent to Exile Island, but with one benefit. He would be exiled until the next person was voted out of the game, and then he’d take that person’s place. As it turns out, Bruce will join Casaya who ended up losing the challenge as they failed to find hidden (fake) snakes buried in large pits of dirt.

What still remains to be seen is if Shane can turn his personal game around for a shot at a million bucks. It’s obvious that going smoke-free for so long has already affected him, but his biggest problem might be having to wait as much as 34 more days to see his family. Considering he let it slip that he’s in an alliance with the three other guys on Casaya, it’s likely that he may end up getting the boot early on if he isn’t a lot more careful.

My picks this week for Survivor: Panama‘s big winner & loser are…

Check out www.cbs.com/primetime/survivor12/ for more on the show and stay tuned to The GATE for more on next week’s episode.