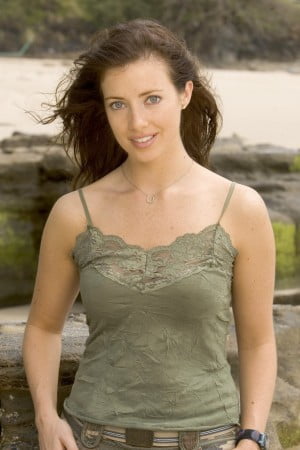 The twelfth season of Survivor has been a good one, maybe even one of the best in the last few years, and tonight’s episode brought all of the key elements together for what could be a tumultuous run as Survivor: Panama – Exile Island unfolds. There was fighting, yelling, suffering, and even a little toying going on as people fought for position on the show. One thing remained unchanged though: Shane Powers is cruising for an early ejection if he doesn’t watch it.

Following Shane’s less than winning attitude last episode, it was probably in his best interests that Lamina ended up at Tribal Council this time around. The fact that he seems to be driving his teammates crazy with arguments and explosions over minor issues (sure, he can blame going smoke free, but I’m thinking he’s just crazy) is probably not helping his case either.

On the other hand Bruce Kanegai had a successful stint with Casaya, at least until Casaya lost the reward challenge and Lamina selected Bruce to go back to Exile Island. Using a sling, players shot balls at their teammates, who then had to catch them before they hit the water. It was definitely a close game, but Lamina scored the winning point and got to spend the night under a nice, new tarp thanks while the unlucky Bruce spent a rainy night, removed from his new team, and unable to search for the possibly still hidden personal immunity idol on the island.

One of the most useless moments in the show came not long after this however when two of the La Mina ladies, Misty and Sally, decided to try and use their womanly wiles to win Austin to their cause. If you’re wondering if worked out for them, well, considering Misty ended up being booted at the end of the Tribal Council, the answer would be an obvious and resounding, “No.”

The Immunity Challenge was a close fight though. A strange fight, but a close one nonetheless.

Host Jeff Probst selected team members to race out to 5 positions where they dug in the sand to find bags that they then had to return to the start position. The catch was that wrestling moves were permitted, just no choking or excessive kicking. Of course, with the women starting things off there actually was a fair bit of violence right off the bat, followed by an almost dead-even battle between the teams.

Finally, after a close fight at every step, Casaya managed a final point that won them Immunity, thanks in part to a sly move by Bobby where he dragged his competitor across his own line. With the ties between members of Casaya being tight, it seemed like Ruth Marie might have been a target for being voted off, but in the end Misty was expelled from the team.

While this was a tough episode to call, what with the fighting, positioning, and other mayhem, it’s obvious that Misty was the biggest loser, even though Shane shows clear signs of being one of the most obvious losers on the show. Taking position as our winner this episode, I’d have to give Bruce a big nod for proving himself to his new team, but for winning team Immunity, Bobby is looking pretty strong.

Check out www.cbs.com/primetime/survivor12/ for more on the show and stay tuned to The GATE for more on next week’s episode.