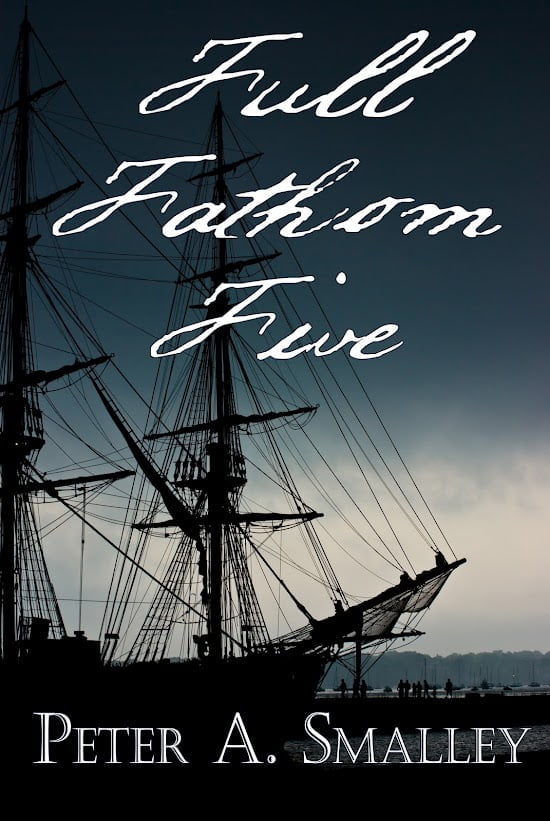 With the ever growing Indie writing scene becoming a prominent source of new and exciting writers, one man in particular is starting to make a name for himself with a blend of clever, thought-provoking and superbly written books. By day he is a Seattle based biochemist and in his own words, “If you can go to the grocery store and buy food off the shelf without wondering if it might make you sick, I’ve done my job,” however by night he is a writer and the author of several speculative fiction books.

Peter A. Smalley has written and self-published several well received books in different genre’s including fantasy, young adult and steampunk. Now for those who are unsure of what Steampunk is, it is described as being “Victorian science fiction with added steam”.

One of Smalley’s latest works is the Shakespeare-inspired steampunk novella Full Fathom Five, which is part of a bigger anthology 20,001: A Steampunk Odyssey published by his own e-publishing imprint Kindling Press. The story takes us back the American Civil War era where ironclads sailed the seas, betrayal and death were common and steam ruled the roost.

Full Fathom Five opens with a dark, humid night in war-torn New Orleans, where the soon-to-be morally conflicted main character Julian Delacroix, is riding in a horse drawn wagon containing a heavy and mysterious cargo. His objective is to meet with a shadowy and cold-hearted agent of the southern states, Alsace Traveaux. Their mission is clear, to acquire a ship and set sail for France in order to build superior Ironclads to help destroy the Union’s southern blockade. It is from here the main story begins and the fine balance between well-realised characters vastly differing personas and the journey they must undertake together becomes known. The voyage takes the reader to an unknown island not appearing on any map, through battles on the open sea and into ghostly mists, all the while maintaining Delacroix’s southern charm and poise and showcasing Traveuax’s true nature.

The tale is told from two points of view, firstly through an omnipresent observer and secondly through the diary and journal entries from several of the characters. It is this second perspective that helps explain and interject a greater detail of the background happenings, quieter moments and inner thoughts of the diary entrant. By using this two pronged approach, Smalley keeps the story flowing smoothly, without losing any information or small plot point that the reader may need or wish to know. It also serves to give the reader a closer insight into the feelings of Delacroix, which are not always outwardly apparent.

Smalley weaves his words onto the page with a flourish and a clear passion for his genre. It is clear that he has written this story as an homage to Shakespeare’s The Tempest. The story and scenes are clear in detail and concise in description, giving the reader the feeling they are really witnessing this story first hand. He believes it is very important in speculative fiction to have a solid grounding in the chosen historical events before changing aspects (Smalley changed the length of the Civil War to heighten the dramatic tension of the story).

His choice of language is inventive and balanced, merging southern French Creole and traditional 1800’s language beautifully. Smalley strives for historical accuracy where possible. One example of this is that he researched and drew extensively on the logbook of a ship called the Serapis which was captured by John Paul Jones in 1779. This allowed him to create the authentic ships’ log entries for his story. Do not be mistaken in thinking that this novella is just about the Civil War and fighting with little else of substance. The character development and nuances make for a compelling and authentic read.

He has a forthcoming paranormal romance novel and is planning a new set of steampunk books set in the same timeline and could very well include some of the characters mentioned in Full Fathom Five. If this short piece is to be the bar at which Smalley has set his standards, then the future is looking very positive for him, as he begins his steam-powered journey into the bookshelves and e-readers of the public.