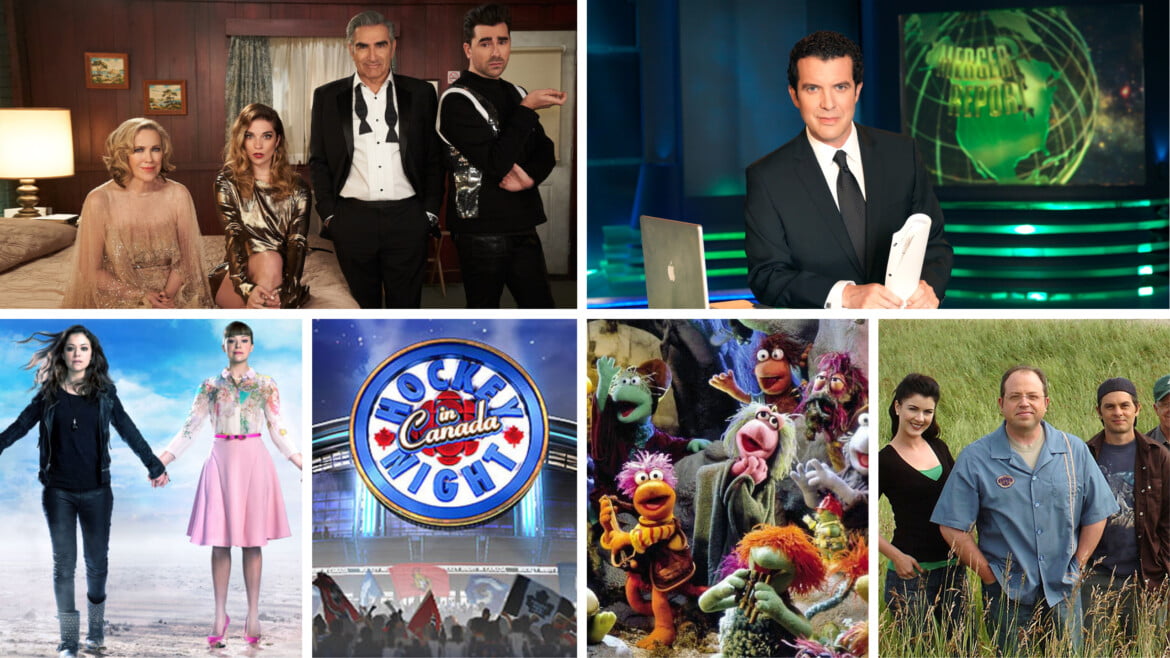 The votes are in and our readers have picked the top 25 Canadian TV series of all. The list covers some of the most beloved shows ever made in the country, starring some of the most incredible Canadians of all time.

Our readers took the Canadian TV quiz to see how many Canadian shows they had seen, and we tallied up the results to create this list of TV greats.

From drama to comedy, hockey, family shows, and morning television, there’s a wide range of series and eras covered in Canada’s best.

Without further ado, here are the top 25 Canadian TV series of all time.

There are few shows that are as distinctly Canadian as Schitt’s Creek. And on top of being so Canadian, the series also had the perfect cast, the funniest characters, and the most original stories. Dan Levy and Eugene Levy helped create a perfect series with stars Catherine O’Hara, Annie Murphy, Jennifer Robertson, Emily Hampshire, and Tim Rozon, to name a few.

And Schitt’s Creek was so incredible that it also became a hit in the United States and around the world, earning dozens of trophies at the Canadian Screen Awards, the Critics’ Choice Television Awards, the Emmy Awards, and the Screen Actors Guild Awards.