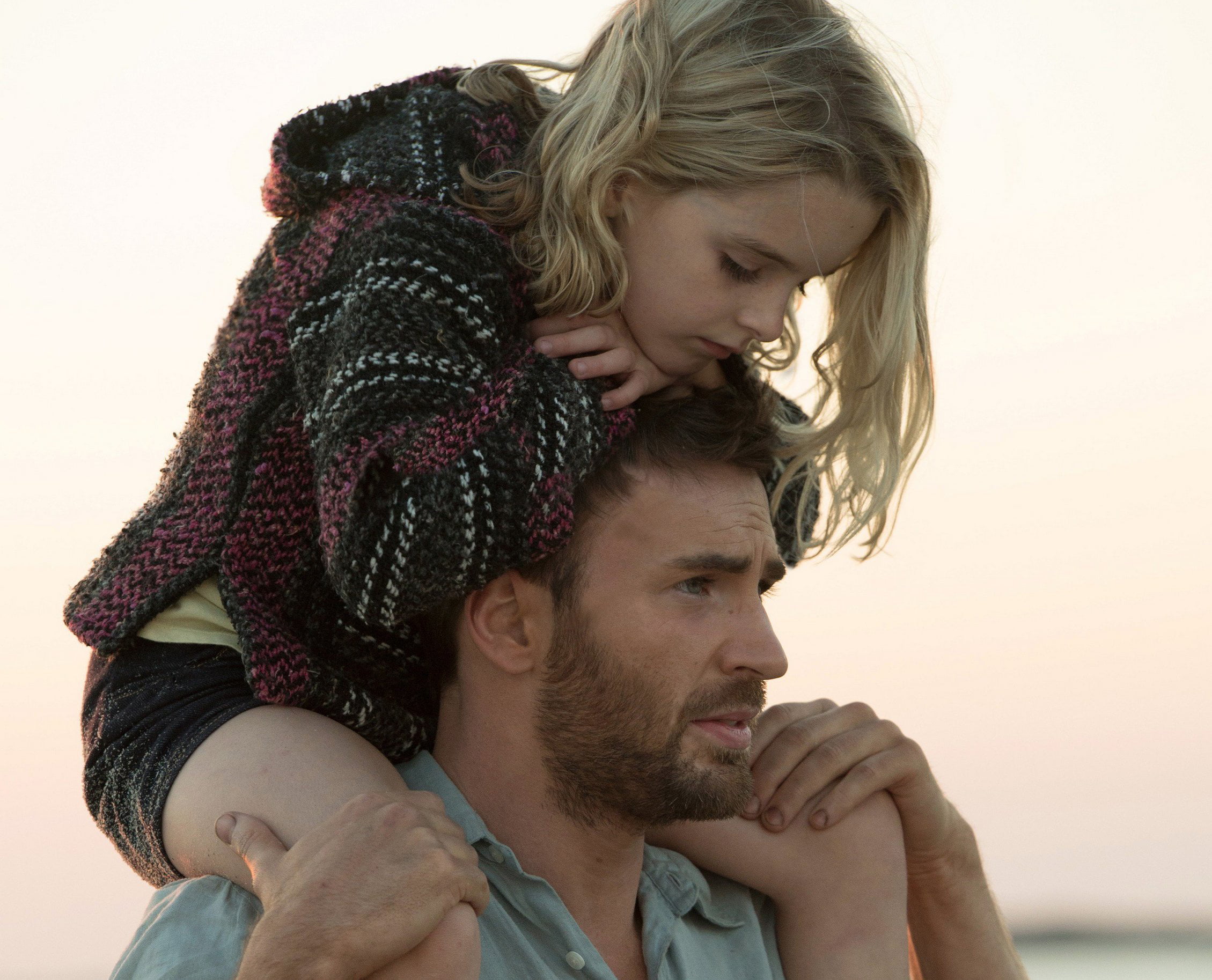 Chris Evans might be recognized best as Marvel Superhero, Captain America, but the actor plays a different kind of hero in his new drama, Gifted. 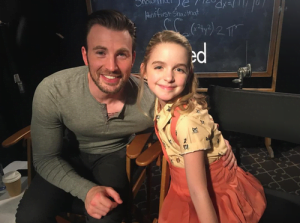 Although Chris Evans loves playing Marvel’s Captain America, he was looking for something else that could show off his dramatic acting abilities. When he got the script for Gifted, Chris was moved to tears and knew immediately that this was a character and a story he had to tackle.

In Gifted, Evans plays Frank Adler, a single man raising a child prodigy – his spirited young niece Mary (Mckenna Grace) – in a coastal town in Florida. Frank’s plans for a normal school life for Mary are foiled when the seven-year-old’s mathematical abilities come to the attention of Frank’s uptight mother Evelyn (Lindsay Duncan) whose plans for her granddaughter threaten to separate Frank and Mary. Octavia Spencer plays Roberta, Frank and Mary’s landlady and best friend. Comedian Jenny Slate  shows her serious side as Mary’s teacher, Bonnie, a young woman whose concern for her student develops into a connection with her. Gifted is directed by Marc Webb (500 Days of Summer).

The film works mainly due to the relationship Evan’s has with this 9-year old co-star Mckenna Grace who plays his niece Mary. Mckenna, already a veteran child actor (you’ve seen her in Independence Day:Resurgence and currently as Kiefer Sutherland’s daughter in the TV show Designated Survivor) is not only a ball of energy but is polite, down to earth, bright and extremely talented.

“We knew we hit off at my audition which happened to be our first read together,” Mckenna told me during our recent interview in Los Angeles.  Evans, who I also spoke with in Los Angeles admitted the same, “I know how tough those auditions can be, I’ve been through a lot of them. When Mckenna walked into that audition she just nailed it. When you have a child actor you want you the kind of freedom that a kid brings to the equation but you also need the kid that knows this is a job and he has to be professional but at the same time a kid, and Mckenna just had the perfect balance.”

Watching Chris and his extraordinary chemistry with co-star Mckenna Grace one can’t help to think of what he’ll be like when he has his own kids. Evans didn’t have to look far to prepare for his role as a loving uncle. “I have a big family, a lot of little nieces and nephews, and cousins, and a lot of people in my life that I care about,” he recently told E-Online during an interview.  In other words, he can’t wait to be a father. “Chris does want to be a daddy at some point,” Evans said.

His young co-star was completely enamoured and says he was a joy to work with but admits there are some hazards being that close to Captain America, “Every time we were out in public people would scream, there’s Chris Evans and ask him for pictures and autographs, she said during our recent interview.  “He was always gracious and took time for his fans. He’s got such a good heart and is genuinely such a nice person to be around. Chris is really kind and humble. I loved working with him.”

Both Chris and Mckenna wanted to do this film because of it focuses on the importance of family, which as Mckenna says comes in all shapes, sizes and beliefs. “Whether you have two moms, two dads, a mom and a dad, or live at a foster home or with a friend or live with a relative like my character Mary, at the end of the day whoever you care about and loves you and you love them back is your family and that’s really all that matters.”

As for Steve Rogers, A.K.A. Captain America, Chris Evans isn’t putting down his mighty shield just yet. We will see him again in Marvel’s Avengers: Infinity War due out in theatres in 2018.

Look for Gifted in theatres on Friday April 7th.

Below is my interview with Chris Evans and Mckenna Grace.