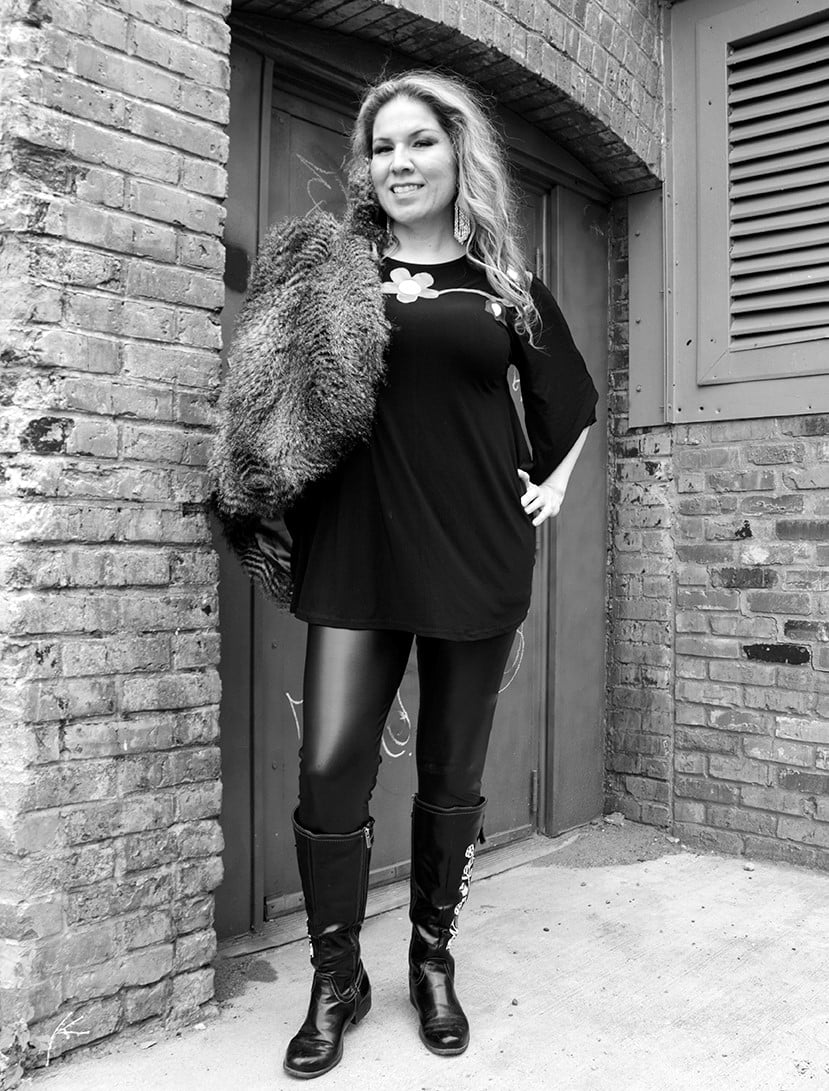 In light of a person’s lineage playing a strong role in the choices they make and the person they become, Indigenous blues singer/songwriter Donita Large pays tribute to the power of her heritage in this, her new single “Ancestors in My Bones” — available now.

“When in circle and we pray, an Elder will say, ‘Pray in your own way. All beliefs are respected in the circle,’” Donita shares of the song that is certain to speak to those who feel an ancestral connection around the globe. “I want my listeners to know that this prayer is shared with the same intention.”

The song begins with full, reverberating drum beats — the kind you can feel down in your bones — and a Cree prayer, recited by Donita’s own father Frank. A rattle begins its pebbly, rhythmic shake, and then rich guitar; Donita’s voice is soulful and crystal clear, calling on the power of those who came before her.

The lyrics then take a journey from the individual experience to the universal, as Donita asks her listeners, “Do you feel the ancestors in your bones? Are they calling you to protect your home?”

It’s a message that struck Donita almost like lightning as she was heading home many years ago from a voice-intensive workshop in Banff, Alberta. A phrase had stuck with her: “I feel the ancestors in my bones,” which was something she had shared with the group during one of the sessions. She recalls immediately pulling over to the side of the road to scribble down the lyrics.

For years, she sang the song accompanied by a hand drum or a rattle, as a means to honor the stories of her Cree and Métis ancestors at events. Still, she felt it needed more for its recording.

Following an introduction to award-winning producer Chris Birkett, well-known for having produced five of singer/songwriter and activist Buffy Sainte-Marie’s albums, Birkett soon presented Donita with a master of “Ancestors in My Bones” less than two months later.

“I had tears streaming down my face when I heard it for the first time,” Donita shares. “All I could say was, ‘nailed it!’”

“Ancestors in My Bones” follows Donita’s debut single, “Going To Walk That Line;” released this past summer, and produced by Cindy Paul, the song soared to hit #1 on the Indigenous Music Countdown — a rare case for a new artist, and telling of Donita’s inimitable talent.

“Ancestors in My Bones” is available now.