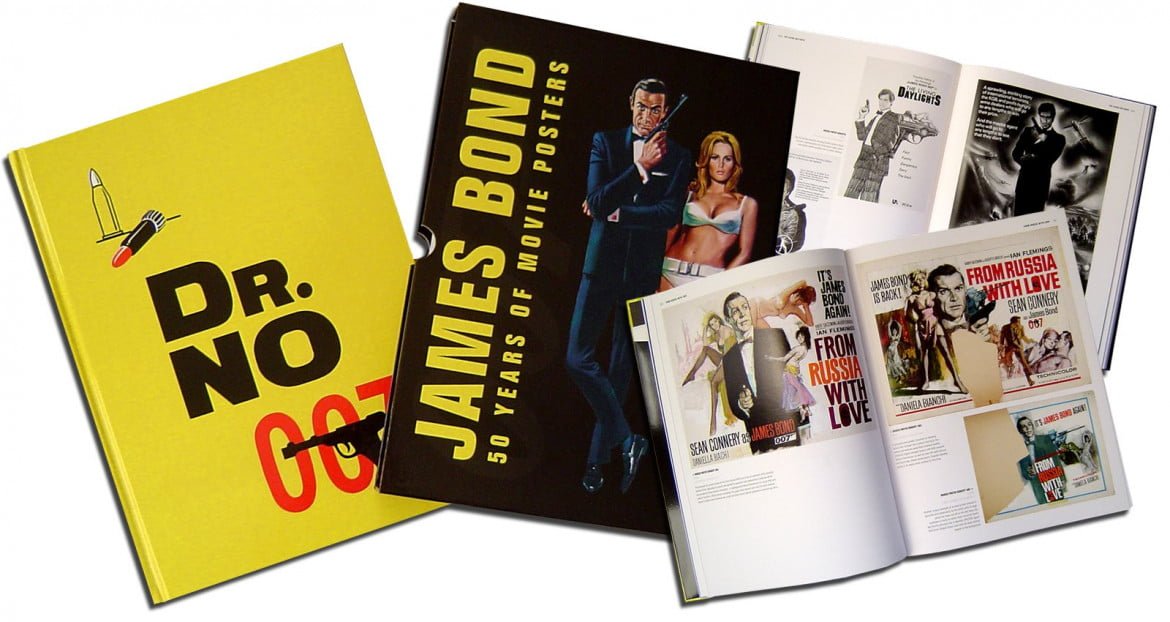 This being the 50th anniversary of the most successful movie franchise of all time, and the year that the latest addition to that James Bond franchise, Skyfall, will be released, there is about to be a flood of anniversary tributes in just about all forms of media imaginable–including a travelling gallery show that reflects how James Bond and this franchise has effected style, fashion and pop culture over the decades.

One of the first, and what will no doubt be one of the most interesting of the anniversary tributes, is a newly released book called James Bond: Fifty Years of Movie Posters from DK Books. This richly illustrated edition is a movie lover’s delight in that it has a good deal of interesting behind-the-scenes info on each of the films intermingled with the fantastic images of Bond movie posters from around the world.

What really interested me about the volume was the inclusion of unused posters that were designed and discarded (including the poster campaign for the Timothy Dalton Bond film License to Kill which was originally supposed to be called “License Revoked”–that whole poster campaign obviously had to be chucked after being designed and produced) and prototype posters that designers tested their ideas out on. And for the movie historian, the arranging of each chapter in chronological order gives a unique overview of the evolution of film marketing and how the studios view of their audiences has changed over the decades–this is a unique look at that because no other character-driven franchise has had this kind of longevity before.

The volume was assembled and edited obviously with great care and enthusiasm by Dennis Gassner. Gassner is one of the most respected (and sought after) production designers in Hollywood and has been a favourite of the Coen Brothers over the years having done the production design on everything from Miller’s Crossing to O Brother Where Art Thou? And when it comes to poster art, Gassner also brings some rather severe credentials to the table in that his first ever job in Hollywood was designing the now iconic poster campaign for Apocalypse Now.

Gassner has arranged this material in such a way that if you start at the first page with the icy cool advance poster for the first Bond film, Dr. No, and continue on through to the last page, the teaser one sheet for Skyfall (on which Gassner is also production designer), you will have a fairly thorough knowledge of not just the Bond films and those involved with them but you also get a sense of where we were culturally when each film was released and how the Bond films either changed because of changes in the culture or how things the Bond films did actually brought about changes here in there in our pop culture landscape.

Every movie fan has a favourite Bond film or a favourite James Bond (personally I love Thunderball, The Man With The Golden Gun and the Daniel Craig Casino Royale–and I think Daniel Craig is the best James Bond of the bunch) and this volume allows you to revisit your favourites and see where in the canon of Bond films it fits in terms of how successful it was or how fondly time has treated it.

DK Books does this kind of gloriously illustrated volumes better than any other publisher out there–their travel guides are the best in the world and their books on movies are a close second to their travel guides. If you are interested in the Bond films or interested in the history of movie posters or the evolution of how films are marketed to the masses–this volume, James Bond: Fifty Years of Movie Posters is a real treat. You will go through it from front to back–then start at the back for the trip back again from back to front but it is advisable to have another movie fan around near you when you do because the book will cause you to want to discuss a lot of what is in it with someone right away. 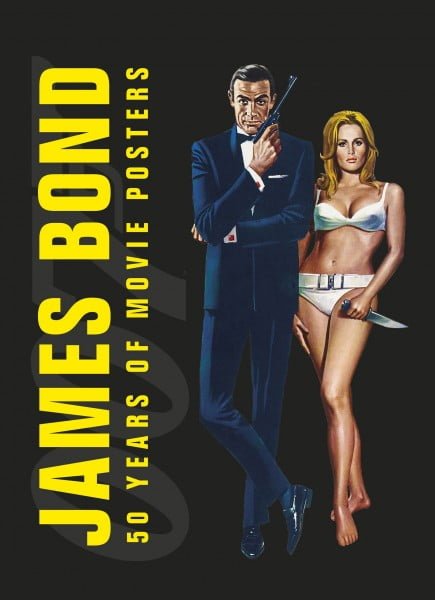