Naturally the first weekend of Sundance 2014 kicked off with the most discernible Canadian diversion: hockey.

Ace players and celebs laced up and skated head to head Sunday afternoon at the Park City Arena but despite heavy star power, the mood was unfussy and homey, like any decent neighbourhood rink.

Hockey-fan-celebs like Isaiah Mustafa joined veteran players Brendan Shanahan and Claude Lemieux who took on Ron Duguay and Bone’s’ David Boreanaz. And as if that’s not enough–Andie MacDowell and Taylor Dayne were pretty sights to behold, sitting in the box like good sports in their jerseys. 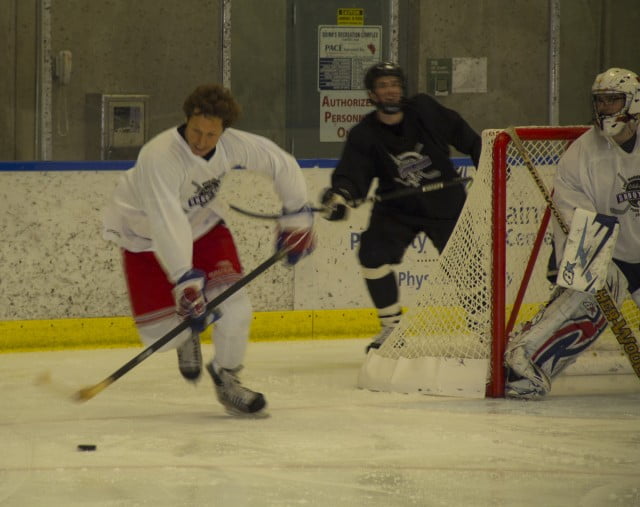