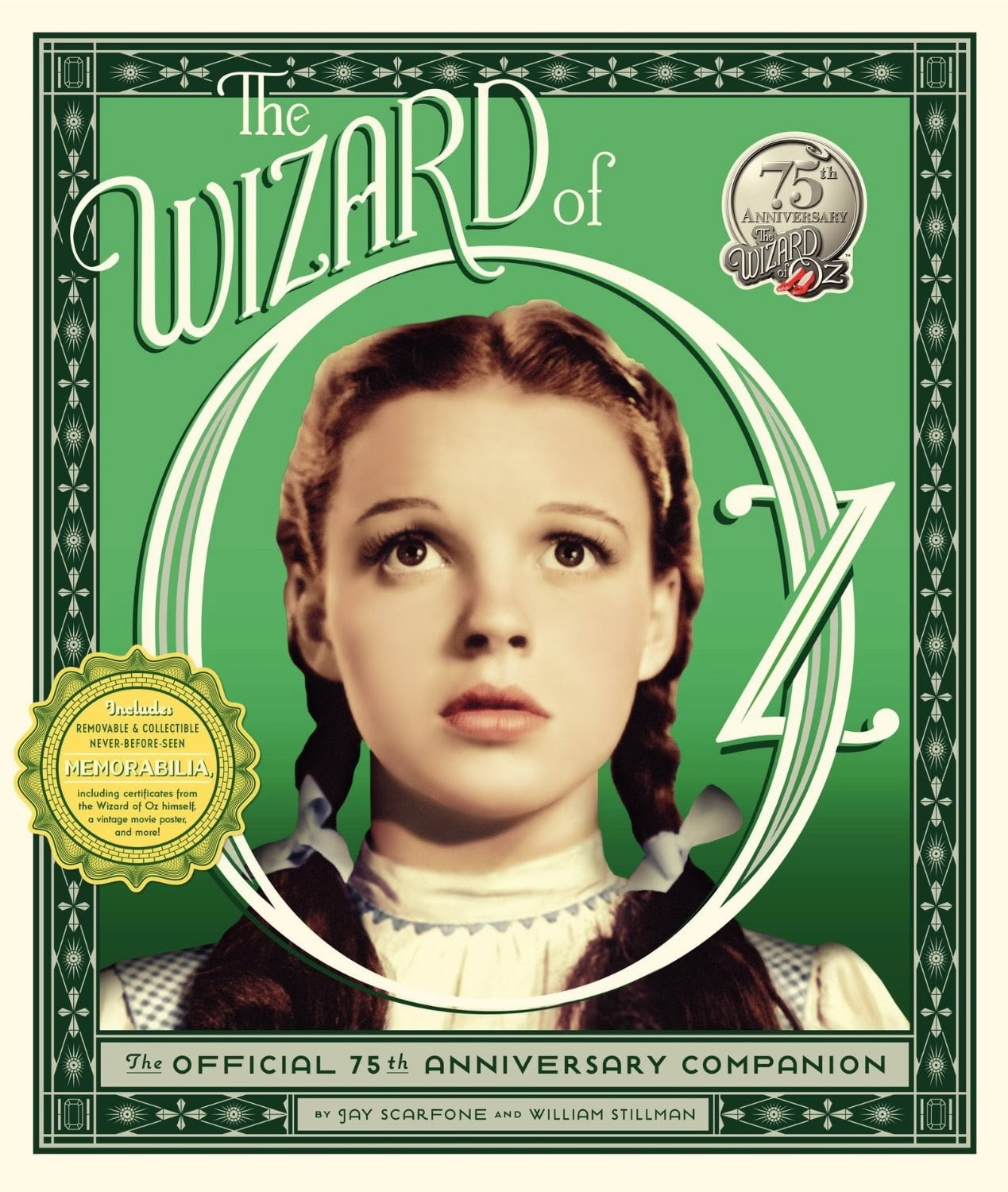 Whether you like it or whether you aren’t so taken with it, The Wizard of Oz is one of the most enduring classics in cinema history, and that fact is not really up for dispute. This 1939 musical film was hailed in its day as a technological marvel because of its use of colour and make-up effects and those very elements of the film are just as evident today, in watching the new Warner Bros. Blu-ray 3D remastered version, as they were 75 years ago.

Like all classic films (classic works of art period), its gestation period was fraught with difficulty and struggle. The Wizard of Oz, as a literary piece by L. Frank Baum, had been around for years and it had been turned into many stages versions and a very popular radio show that was backed by Jell-O–a silent film was made of The Wizard of Oz as well–but this classic film version came about because of Sam Goldwyn’s rampant jealously of the success Walt Disney had with his film Snow White and the Seven Dwarfs. Goldwyn decided The Wizard of Oz would be MGMs Snow White.

Once it was put into production, the problems–technological and human–just piled up endlessly.

First there was the casting; Goldwyn wanted Shirley Temple but she belonged to 20th Century Fox and boss David Selznick would not release her for the film. Then Buddy Ebsen was cast as Tin Man–Buddy is best known as Jed Clampett from the Bevery Hillbillies–but he had to drop out because the silver make-up he was covered in was filled with lead and silver acetate and caused such an allergic reaction in him that his kidneys almost shut down.

Swedish actress Gail Sondergaard was cast as the Wicked Witch of the West. After her first costume test was shot Sam Goldwyn stepped in and famously boomed, “Goddamnit, she is too Goddamn pretty to be a witch!” That put Sondergaard out, Margaret Hamilton in.

Then, while shooting a scene in which she disappears in a flash of smoke, the pyrotechnics were mistimed and Hamilton’s costume caught fire and she was badly burned and was rushed to the nearest hospital. And we can’t even start with the problems the little people cast as the Munchkins caused–many of them were hard living, hard drinking, cigar chomping party freaks who were a source of endless trouble!

All this stuff is exquisitely detailed in Aljean Harmetz’s book The Making of the Wizard of Oz – 75th Anniversary Edition. This book was first written in 1977 and had been reprinted to honour various anniversaries. It is the definitive work on the making of the film and an absolute delight to read if you are a Wizard of Oz lover or even if you are just a student of film history.

Another new book released to honour the 75th Anniversary of The Wizard of Oz is the richly illustrated The Wizard of Oz – The Official 75th Anniversary Companion by Jay Scarfone and William Stillman. The studio sought these Pennsylvania based archivists out to do this book because they are known for having the biggest collection of Wizard of Oz memorabilia in the world–and evidence of this fact is certainly on display in this book that comes complete with an envelope filled with replica memorabilia, like old lobby cards and newspaper ads and reprinted posters.

And of course there is the dazzling release of The Wizard of Oz on Blu-ray 3D (the package comes with a regular Blu-ray and DVD as well). As much as I love The Wizard of Oz and always have (I have never compiled a 10 Best list for print or TV or radio ever that didn’t include The Wizard of Oz) I have no objection whatsoever to the studio going back to it and adding new technologies to it for re-presentation. In its day The Wizard of Oz was celebrated for how it pushed the boundaries of cinema technology so it is also the perfect example of a film to apply cinema technology at its most current levels too for fun (and profit of course).

The enduring nature of The Wizard of Oz comes from a place much deeper than technology though–this is a beautiful, wondrous film with a simplistic message of love and appreciation of whom you have in your life and what you truly need to be grateful for.

The characters, while covered in make-up that still holds up today as spectacularly convincing, have heart–and more importantly soul–that is gently on display in each and every scene, which is why remakes and reboots (like that abysmally misguided Sam Raimi/James Franco borefest a couple seasons ago) just never catch on as they are trying to recapture something that wasn’t planned but just came together in a magical convergence of elements and personalities.

The Wizard of Oz is on TV a lot–both regular TV and movie channels. It is available in many home video editions, with this new 75th Anniversary 3D Blu-ray edition being the most wow-inspiring, and it is always worth another look.

As I was reading through these books and watching the movie in its latest configuration I couldn’t help but wonder what its director would think of this legacy. The director of The Wizard of Oz is largely unknown–he isn’t thought of as a Billy Wilder or Howard Hawks or Frank Capra–his name was Victor Fleming and all he did was make The Wizard of Oz and Gone With The Wind in pretty much the same year.

When The Wizard of Oz was first released, Fleming was called in to Goldwyn’s office to be yelled at because the film underperformed at the box office–Goldwyn then ordered the film be re-released with a new ad campaign trying to sell the movie as one made for adults. It underperformed again. But since then, because of TV in large part, The Wizard of Oz is a film for this or any age and is considered one of the greatest achievements of cinema ever. Since it is turning 75, why not celebrate it one more time again!