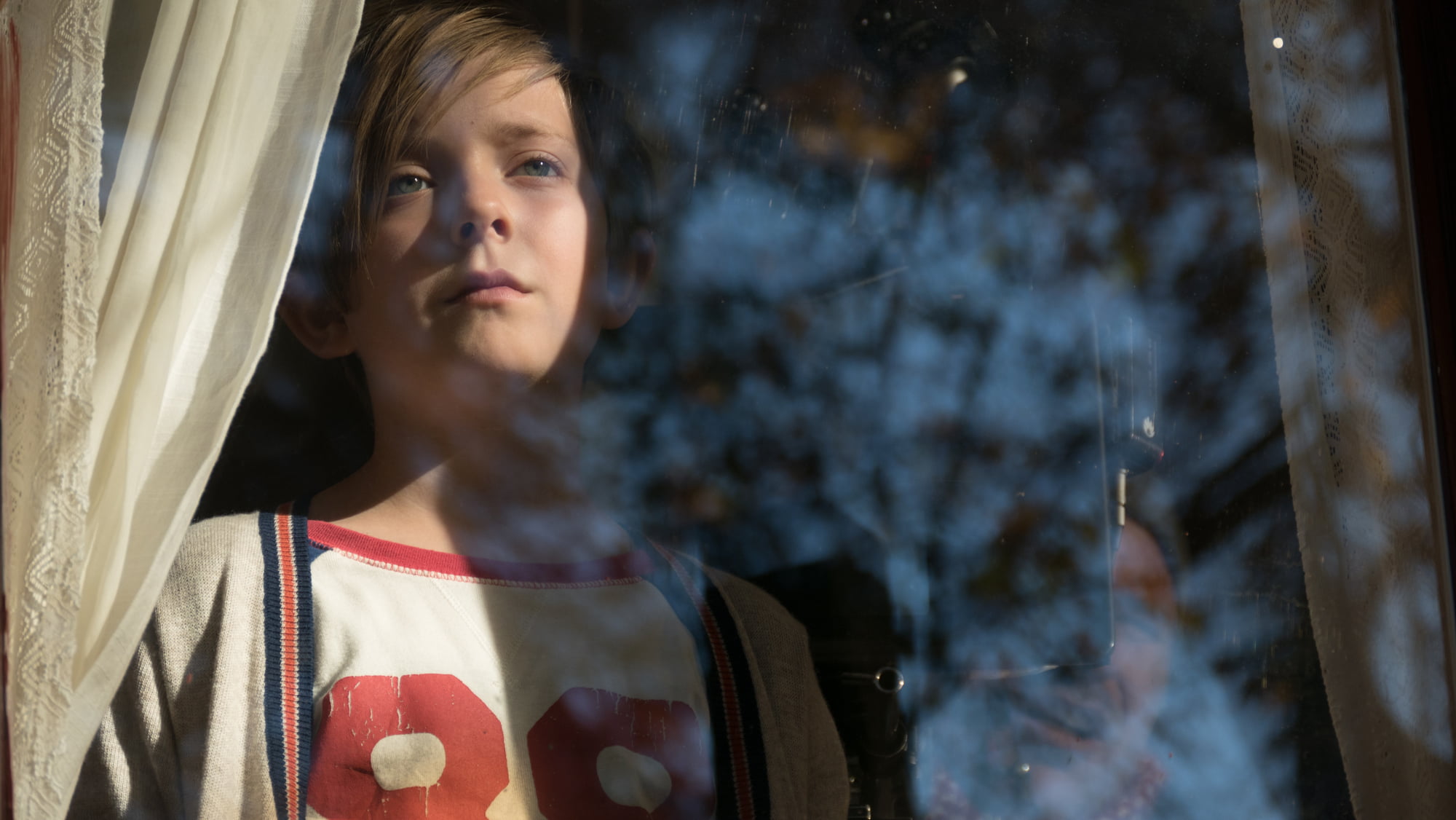 A confused, misanthropic mess from start to finish, the gorgeous to look at and admittedly well performed adult fantasy The 9th Life of Louis Drax doesn’t make a lick of emotional or logical sense.

If I were to try and tell you, dear reader, exactly what The 9th Life of Louis Drax was about, you’d probably tell me to slow down a bit because it would sound like you should express concerns for my mental health. Unlike trying to explain a surrealist work, a description of what director Alexandre Aja (High Tension, Horns) and actor turned first time feature screenwriter Max Minghella (adapting a novel by Liz Jensen) sounds like the ravings of a madman with a sick imagination. That could be fodder for a great film, but Aja and Minghella have no idea how to properly frame such off kilter material, and instead opt for a highly uneasy final product and a tale of awful people you’d never want to follow around doing awful things to each other for two full hours.

“Accident prone” and “disturbed” nine year old Louis Drax (Aiden Longworth) has survived a lot of misfortunes in his short life. He’s contracted every kind of food poisoning known to man, broken countless bones, and been close to death almost more times than he can recall, but a nasty spill off the edge of a cliff has left the young man in a coma he might not come out of. As his grieving mother (Sarah Gadon) watches on and Louis’ father (Aaron Paul) has gone missing – and is believed to have pushed Louis over the cliff – pediatric coma specialist Dr. Allan Pascal (Jamie Dornan) is brought in to treat the young man. Amid getting romantically involved with Louis’ mom (and despite him being married), Dr. Pascal begins to learn that Louis’ history of unfortunate mishaps belies something much darker than initially realized.

If I knew precisely what Aja and Minghella were going for with The 9th Life of Louis Drax, I might know where to begin explaining how truly awful it is. To achieve the kind of melding of magical realist whimsy and coal black realism that Aja wants to strive for here takes a delicate touch, one that the like of Tim Burton and Jean-Pierre Jeunet can pull off in some of their better works. Aja isn’t in that same class of filmmaker, and instead of a feather touch or attention to detail, everything comes across unsubtly with the force of a barbed wire bat to the face. There’s no sense of escalation or internal logic to be found in The 9th Life of Louis Drax because Aja’s more concerned with lighting everything to death so it looks perfect in HD than he is telling an engaging story. Few films are this blindingly gorgeous to behold and so utterly soulless and contemptible. 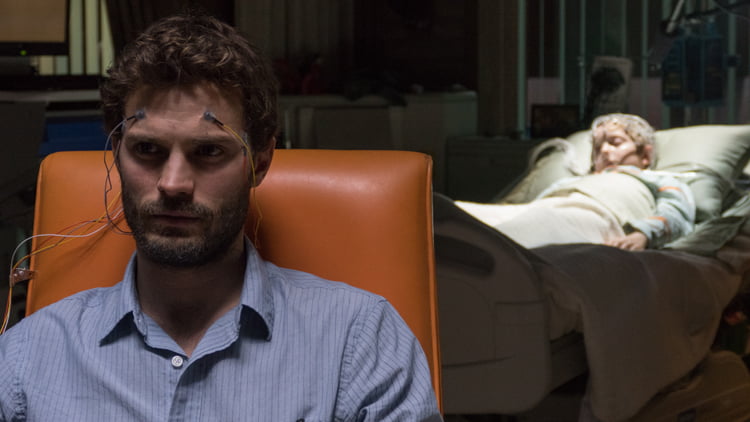 With the exception of Paul’s character, Minghella and Aja unsuccessfully attempt to get the audience on the side of a cast of characters made up exclusively of psychopaths and sociopaths. Even poor little Louis isn’t so sympathetic. He’s a jerk to everyone around him even while he’s asleep, somehow possessing people to do his bidding. In flashbacks to his past life we see such charming behaviour as smashing his hamsters with large books and mailing his shrink (Olive Platt) an envelope full of rodent droppings. Surely, he’s a great kid worth caring if he lives or dies, I say with all the sarcasm on God’s green Earth that I can muster.

“But surely,” you say, “something had to make Louis such a reprehensible, comatose little cretin,” and you would be right, but it also comes as a result of the most heinously sexist twist this side of a Paul Verhoeven flick (and even in Verhoeven’s defense there’s some sort of commentary or artful subtext there). It also doesn’t matter how Dornan and Platt’s doctors react to Louis’ condition because neither of them are good people, merely coming across as self-obsessed, selfish workaholics who care more about getting through the day than they do with helping others.

The cast seems mostly lost, but there’s some effort being put in, aside from Longworth’s thoroughly annoying Bad Seed shtick. One almost expects Dornan, Gadon, and Platt to break the fourth wall and turn to the camera at points because Aja’s relentlessly production design oriented aesthetic leaves their wonky characters completely adrift. The only person who comes out of this one looking pretty great is Paul, and that’s amazing since he has so little to work with. The film’s only moments of joy, concern, or misdirection hinge on his ability to pull off a character no actor should be saddled with, and he does so admirably. In a film this tragically awful, Paul’s work warrants a medal of some sort.

The 9th Life of Louis Drax starts off in an awful place, and while it gets crazier (introducing hypnosis, threatening notes sent by someone in a coma, and a goddamned swamp monster) it never gets any better or more watchable. It begins misguided before devolving into total nonsense, and sadly neither extreme setting is all that watchable. It’s far too twisted, violent, and disturbing for kids, and yet it’s too cutely mounted and pathetically whimsical for adults. If you want to learn how to gorgeously light a hospital room, you could probably study The 9th Life of Louis Drax. If you want to learn how to actually make a film, you’d be better served looking almost anywhere else.

The 9th Life of Louis Drax opens in Toronto and Vancouver on Friday, September 2, 2016.

Check out the trailer for The 9th Life of Louis Drax: