Last month when I began looking at the career of controversial German auteur Rainer Werner Fassbinder – the subject of Imitations of Life: The Films of Rainer Werner Fassbinder, an ongoing cinematic retrospective at TIFF Bell Lightbox that runs through December 23rd – I said that creating a top ten out of the 44 films he made would be difficult. Even splitting it up into a two part, top ten piece proved to be somewhat vexing; not because it wasn’t easy to spot the ten best, but because grading so much of Fassbinder’s boundary pushing filmography comes down to personal tastes and what each individual viewer will find interesting.

Fassbinder was constantly pissing people off with a lot of his works, myself included. Sometimes he would take things too far. Other times he wouldn’t go far enough. It’s the curse of the prolific artist. When you churn out 44 films across a life that only lasted 37 years, they aren’t all going to be stone cold classics or masterful works of art. And yet, Fassbinder’s adherence to a specific tone and his abhorrence to do the same thing twice led to a body of work that’s more fascinating than most.

The retrospective doesn’t follow any sort of chronological order when looking at Fassbinder’s career, so this half of the list bounces around between early, mid, and late period works by the chief figure in New German Cinema. These might not be necessarily the best films Fassbinder produced (but certainly two of the films on this list are), and instead of going for some obvious choices to talk about, I take a look at a few films that casual filmgoers and those unfamiliar with his work tend to gloss over. 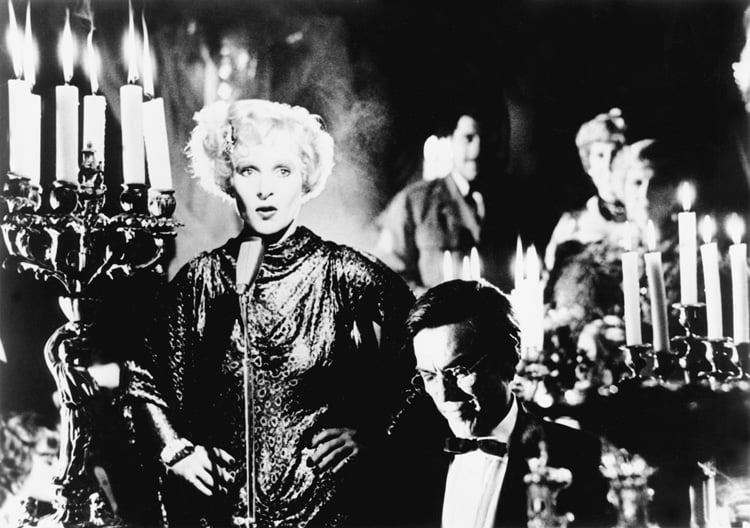 I guess a good place to start the second half of this list is at the end. This conclusion to his BRD Trilogy – alongside The Marriage of Maria Braun (which will screen on December 7th) and Lola – tells of the painful, but subtly tragic final days of a drug addicted actress circa mid-1950s Berlin, played by Rosel Zech in one of the best leading performances in a Fassbinder film. It’s a transfixing blend of old Hollywood, the Douglas Sirk-styled tropes Fassbinder adored so much, a powerful look at fading fame and addiction, and although Querelle (screening on December 22nd) was technically released after the filmmaker’s 1982 death (ironically and chillingly from a drug overdose), Veronika Voss remains a more appropriate coda for his boundary pushing career. For a filmmaker as prolific as Fassbinder to come up with something this specific, one knows that deep down it had to be a more personal project. It’s an exceptional film, and in terms of emotional value, my favourite Fassbinder effort. 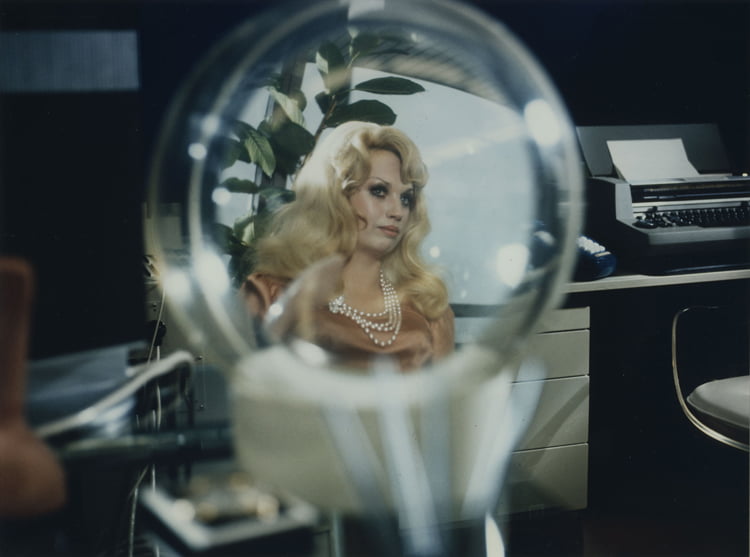 World on a Wire

Next to the mammoth achievement of Berlin Alexanderplatz, Fassbinder’s most ambitious and most frighteningly prescient project was this sci-fi drama (a genre the filmmaker almost never dabbled in before or after) that quite accurately predicted how a wired, interconnected world could make us more distant with one another. Originally made for German television and clocking in at nearly three and a half hours, World on a Wire is an anomaly in the usually concise Fassbinder filmography, but despite some glaring faults and pacing issues, it might be his most widely influential film. Every film in the wake of its 1973 release to deal with alternate realities likely owes Fassbinder a huge deal of thanks. It’s also the closest thing the German auteur ever made to something that today would be hailed as a studio blockbuster. It’s the perfect blend of heady philosophy and eccentric theatricality. 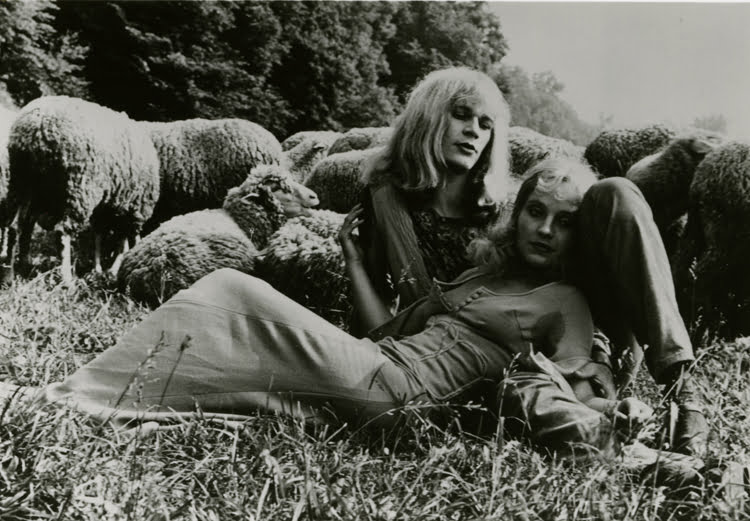 This is a bit of a deep cut, but one worth seeking out because it’s one of Fassbinder’s most modernly relevant works and another fine example of how well he was able to use the medium of television to push boundaries that still exist today. This was actually Fassbinder’s first foray into television (made in collaboration with producer and co-writer Michael Fengler, who would also team up for Why Does Herr R. Run Amok, screening on November 27th), and it tells a riff on the perpetually taboo myth of the Virgin Mary. It’s a scathingly funny, subtly blasphemous, often purposefully anachronistic and anarchic period piece about a shepherd (played by Michael König) who in 1476 claimed to have seen the Virgin Mother. It’s a story of the spiritual, sexual, and existential voids that can’t be filled by organized religion. The story is slight, but every scene sticks with the viewer and drips with meaning. I would have loved to have been around to see the reactions when this first aired, and I still love to see how people react to it now. 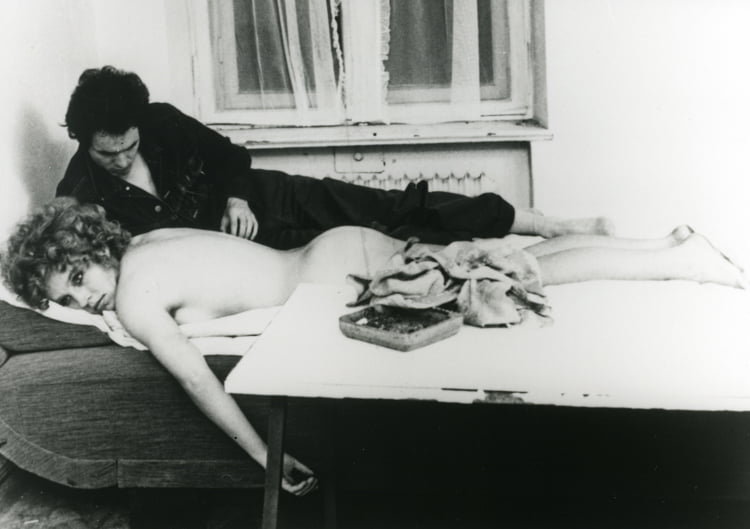 Love is Colder Than Death

If this half of the countdown starts at the end, I suppose now would be a good time to get back to the beginning, and Fassbinder’s first feature effort. While Fassbinder was never the type of filmmaker shy about hiding his cultural influences, Love is Colder Than Death abounds with more nods to famous filmmakers than a Quentin Tarantino film. Unabashedly following in the steps of the French New Wave before he was able to find his own voice, this neo-noirish gangsters and pimps film was almost universally panned upon its release, but has since received a justified reappraisal.  It’s an unabashed and unrestrained ode to cinema penned by a young man who would become one of its greatest artists. Many didn’t see it at the time, but look back on Love is Colder Than Death now and it will make total sense. This is the rare case where a debut feature from a filmmaker turns out to be one of their most underrated and unjustly unloved works. 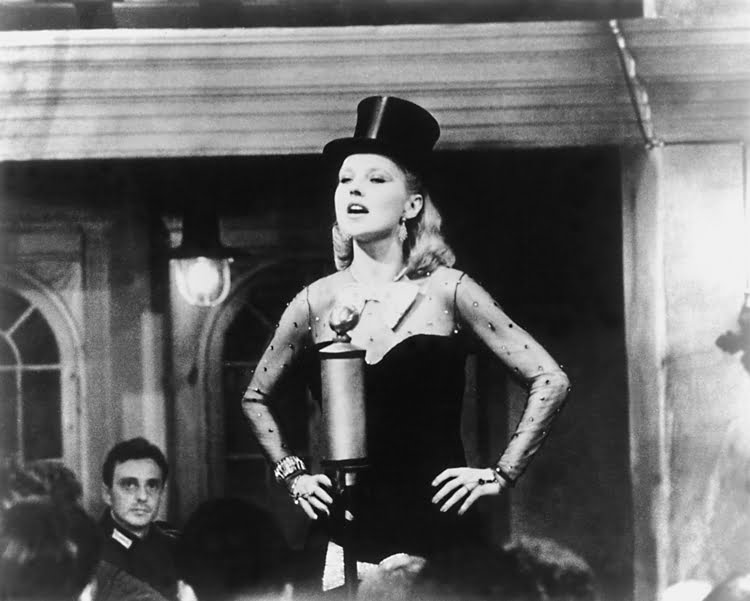 The retrospective closes out just before the Christmas holiday with a screening of one of Fassbinder’s most dazzling efforts. Taking its name from a World War II era love song, Fassbinder’s musically minded 1981 effort tells the story of a verboten love affair between a German singer (Hanna Schygulla) and a Jewish composer (screen veteran Giancarlo Giannini). Not to push the Tarantino comparison once again, but this direct revisionist history of Nazi Germany paved the way for the motormouthed American auteur’s last three revisionist features. It’s also a lot of fun, and a great way to close out any look at Fassbinder’s prolific career,

For a full list of films screening, tickets, showtimes, and more information, check out the TIFF website.