A chat with Michael Rooker for ‘Guardians of the Galaxy Vol. 2’ 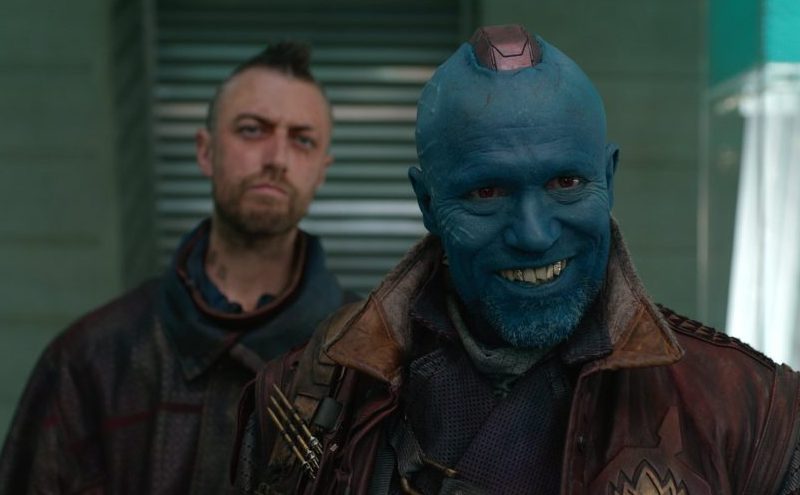 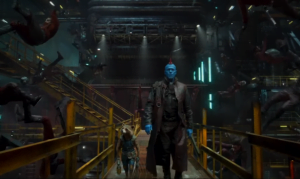 Michael Rooker is a veteran actor with a pretty impressive resume. Born in 1955 in Jasper, Alabama he was 13 when his parents divorced and went with his mother to live in Chicago.

He caught the acting bug while attending college, and began appearing in local stage productions. On first breaking into film in 1986, his intensity and charm won him the role as the title character in Henry:Portrait of a Serial Killer. Since that widely noticed and highly praised performance, much of his career has been spent playing brutes, villains and psychopaths.

He went on to star in Cliffhanger, The Bone Collector and Tombstone among others. He was soon cast in the The Walking Dead and amassed a whole new following playing Merle Dixon on the wildly popular hit TV series.

In 2014 Michael Rooker joined the Marvel Universe starring as Yondu in Guardians of the Galaxy opposite Chris Pratt, Zoe Saldana and Dave Bautista. 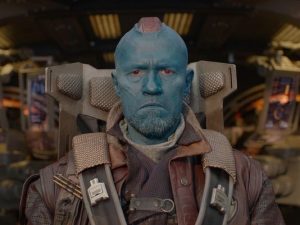 The much anticipated sequel is now upon us and Rooker is back in action as the galactic thief with the heart of gold. Guardians of the Galaxy Vol. 2 marks the fourth collaboration between actor Michael Rooker and director James Gunn. With Rooker reprising his role as Yondu in this eagerly anticipated sequel, fans of the first film will definitely NOT be disappointed with this action packed, music filled sequel.

The sequels presents something of a more textured, character-driven piece, and Yondu’s journey is in the forefront. Rooker was thrilled when his pal director James Gunn first showed him the script and saw that Yondu had a more prominent role. He was also excited about getting the opportunity to reunite with actors Sylvester Stallone (Cliffhanger) and Kurt Russell (Tombstone) who are both newcomers to the galaxy. 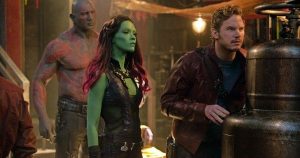 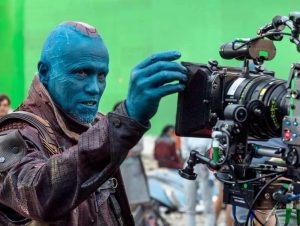 Michael Rooker was in Toronto for a jam packed day of press to discuss his role in the new Guardians of the Galaxy movie. I caught up with him to chat about his close friendship and frequent collaboration with director James Gunn, how his make up process has become tolerable, reuniting with his co-stars and more.

Guardians of the Galaxy Vol 2 flies into theatres on May 5th.

Watch my interview with Michael Rooker: