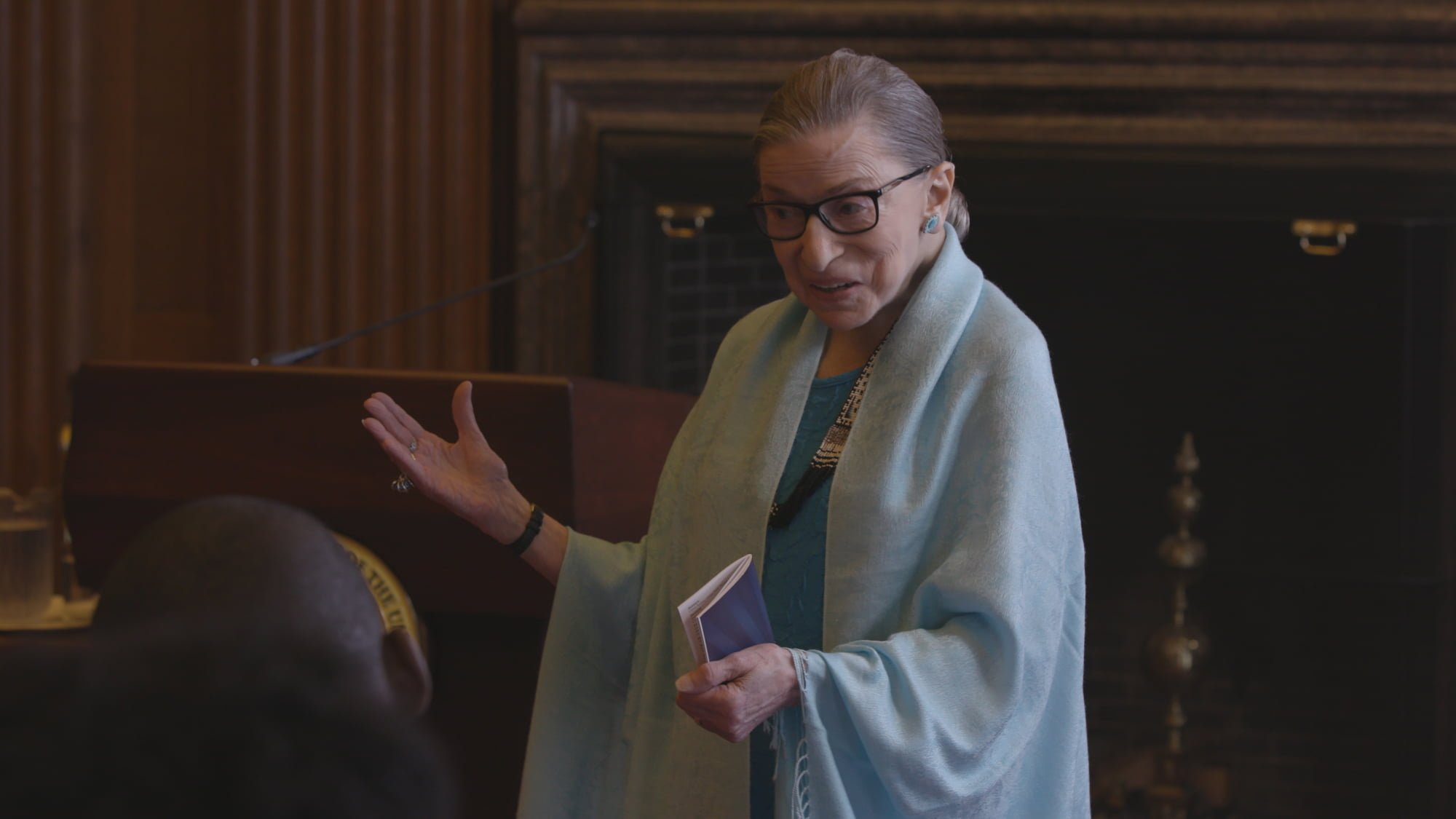 An unlikely box office success in the U.S. (by documentary standards), RBG, an in-depth look at the life and career of noteworthy, left-leaning Supreme Court judge Ruth Bader Ginsburg, won’t win any awards for filmmaking originality, but it offers plenty of insight into the work of a remarkable, trailblazing woman.

Loathed by right wing pundits, but beloved by the left and colleagues on both sides of the aisle, Ruth Bader Ginsburg became only the second woman appointed to serve on America’s highest court in 1993, and although she’s in her mid-80s and has beaten cancer twice, she continues to serve with a renewed vigor. But while most Americans only know about “The Notorious RBG” in the context of her contributions to the Supreme Court, filmmaking tandem Julie Cohen and Betsy West seek to look beyond the last twenty-five years and to the remarkable career and life that came before.

Cohen and West take a stock, standardized, bullet-point approach to covering Ginsburg’s life, and while it’s certainly functional, well researched, and non-confrontational towards a subject who has offered the filmmakers a great deal of personal access, RBG won’t be remembered as much more than an engaging, well meaning historical lesson. It’s a standard biographical documentary template that doesn’t dazzle and doesn’t detract. There’s a plethora of talking heads, archival photos, recordings, and photographs, and lots of peeks into Ginsburg’s personal, daily routines (including a nifty look at her enthusiasm for strength training and a tour of a closet full of jabots and little else). It’s peppy, upbeat, and positive, including a rousing pop song over the closing credits. From a stylistic filmmaking standpoint it’s boilerplate, and there’s almost nothing to talk about here.

But when it comes to Ginsburg’s life story, there’s plenty to talk about a lot that Cohen and West should be commended for documenting and bringing to a larger audience. She attended some of America’s finest law schools in the 1950s, despite never being treated as an equal thanks to her gender and nothing else. She was a professor at Rutgers who taught one of the first courses on Women in Law in the world. Her husband, Marty, treated her like an equal, and the love they had for each other is a low-key great romance. A tireless activist for gender equality, she brought six high profile cases on the matter before the Supreme Court in her years as a lawyer and won five of them. In 2000, following the contentious election of George W. Bush, her role in the high court changed drastically, and her previous status as a political moderate gradually made her the most liberal and dissenting member of the largely conservative judicial branch. Today, her outspoken nature has gotten RBG into some political hot water, but made her a superstar among millennial political aficionados. 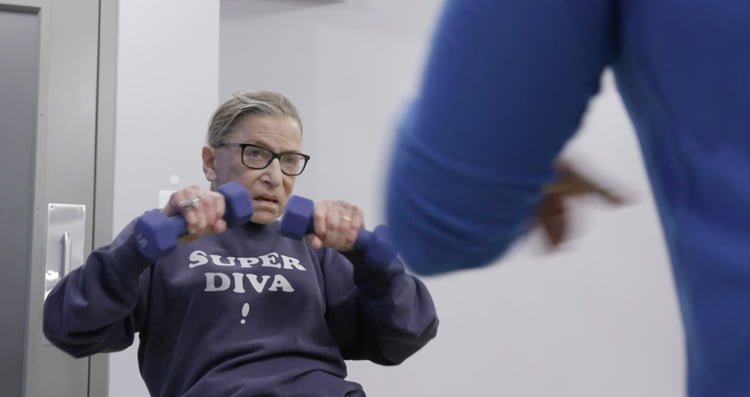 Outside of a keen assembly and some wonderful interviews, the best thing that Cohen and West are able to do is depicting Ginsburg’s career as a series of pivotal, interlocking successes and setbacks. While at times it feels like the directors are running down a list of RBG’s accomplishments from top to bottom, they’re very careful to make sure that the connections between Ginsburg’s defining moments are clear. Those connections become more fascinating and pointed as the documentary progresses, proving that the best biographies are the ones that take a person’s life as a whole rather than a set of important dots on a timeline. Every moment of Ginsburg’s legal career ties into each other because the cases and causes she championed as a lawyer and a judge can’t be divorced from her personal beliefs and past experiences as woman within a traditionally patriarchal boys club. Many filmmakers following this similar style of documentary filmmaking tend to half-ass those connections or fail to include them entirely in favour of a “greatest hits” approach. West and Cohen show how this style of biographical documenting can be done well within a no-frills manner befitting of their humble, low-key subject.

Ginsburg admits early on in West and Cohen’s documentary that she’s a dry, serious person by nature, but she shows a great amount of personality and self-effacing humour throughout. Looking back on her career to date, Ginsburg is simultaneously bemused that she’s become a prominent a political figure, proud of the work she’s accomplished, and frustrated by the current state of American politics. The best moments of RBG allow Ruth to express her own complexities freely outside of a court of law, and there’s a sense that the experience is somewhat relieving for her. The context provided by friends, family, colleagues, rivals, and biographers throughout the film is necessary and often welcome, but every moment spent with Ginsberg shines brighter than the recitation of facts about her life.

RBG opens in Vancouver and at Canada Square and The Hot Docs Ted Rogers Cinema in Toronto on Friday, May 18, 2018. It opens on May 25 in Montreal and expands to other Canadian cities throughout the summer.

Check out the trailer for RBG: