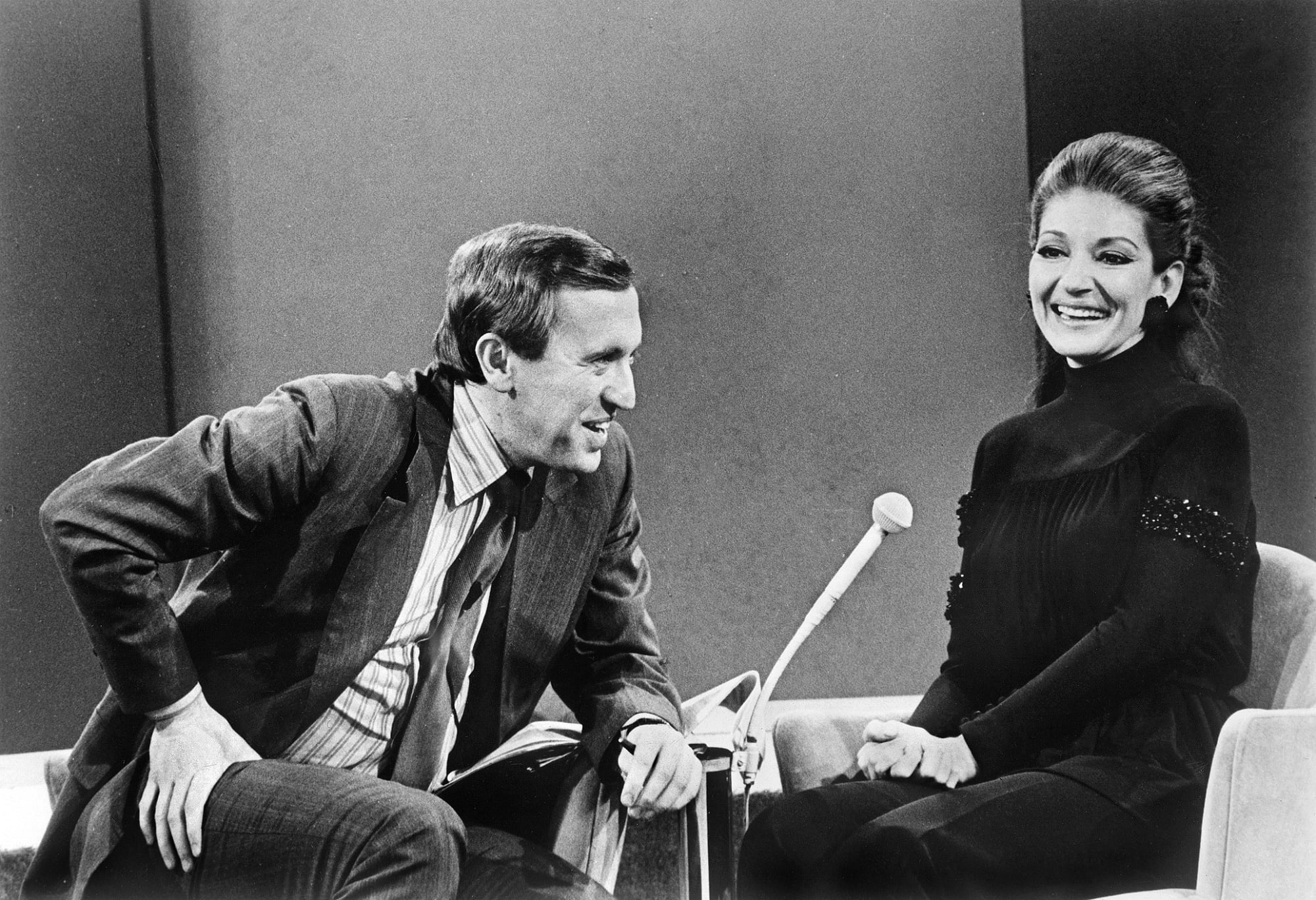 A unique and rigorous look at the weight of fame and the burden of expectation, Tom Volf’s documentary Maria by Callas, an examination into the life and career of opera superstar Maria Callas, frames a frequently misunderstood icon through her own words and actions, devoid of any external slant or noise. Pulling from an exhaustive and comprehensive wealth of rarely glimpsed primary sources, Volf follows Callas’ controversial career with a great deal of enthusiasm, empathy and understanding. While she was heralded by admirers then and now as one of the most mellifluous sopranos of all time, she was dogged by negative press that branded her as flighty, aloof, irresponsible, and temperamental. With Maria by Callas, Volf opens the singer’s life up to opera enthusiasts and outsiders alike with an equal, level-headed, and moving embrace.

Born to Greek parents in Brooklyn – including a mother who wanted a son instead of a daughter – in the 1920s, Maria Kalogeropoulos (later shortened to Callas to make things easier) started her musical career at the age of 8 by playing the piano. By the age of 17, she was lying about her age in order to attend an elite Greek musical conservatory. Once she honed her supersonic singing voice, “The Tigress” would become a staple of the famed Metropolitan Opera, and eventually a global sensation. Music was Callas’ destiny, but the pressure placed on her to perform at such a high level all the time began to take its toll, as did a controversial and high profile relationship with Aristotle Onassis and an even messier divorce from her previous husband. She had the power to sing beloved masterworks and make audiences believe they were written expressly for her, but she continually sacrificed her health and sanity to deliver such virtuoso performances. She always wanted to give back to the audience more than they gave to her. Stardom never suited her, and if she ever needed a break or a moment to recover, the male dominated press were quick to brand her as unreliable and unstable.

Volf’s approach to Maria by Callas is to never offer a counterpoint to his subject’s experiences, which is a bold and understandable gambit considering how shabbily she’d been treated while she was alive. Maria by Callas is comprised entirely of Callas’ own words via archival interviews, performances, and supplemental footage. If Maria Callas didn’t speak it or sing it, Volf doesn’t include it in the film. What emerges is a picture of a woman who desperately wanted to share pieces of herself and her process with the world, but few wanted to listen attentively. The singer once stated that there was always a war between the “shy and rather strange” personality of Maria and the image of Callas, and Volf exceptionally creates a pronounced line between her life and the mythology that people unjustly crafted for her.

In many of the on camera interviews employed throughout Maria by Callas, one can easily see her confidence and intensity. Even if she was sitting next to the person conducting the interview, she’d always make time to look directly down the lens of the camera to make a connection to anyone that might be watching from afar. Her own diaries (read aloud here by Joyce DiDonato) are written in such a way as to suggest that they would make great performance material. When she’s grilled about difficult subjects, there are naturally some questions that she would prefer to answer over others, but she’s also incapable of putting any sort of spin on what she was going through. If it wasn’t honest and if she wasn’t capable of giving someone interviewing her or a paying audience her absolute best, she refreshingly didn’t try. 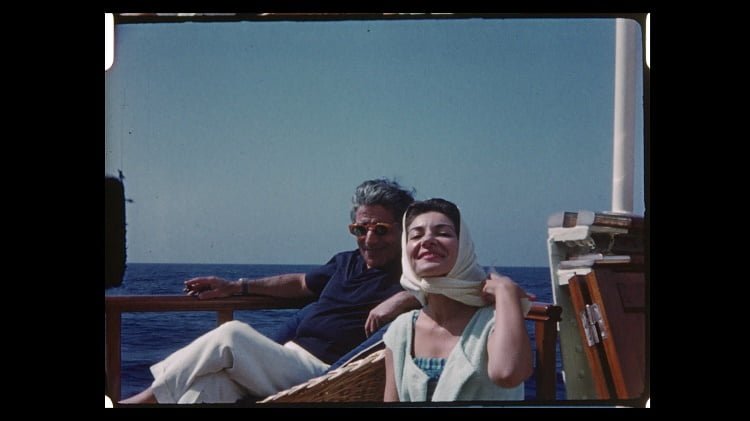 That brutal honesty is what comes through most in Maria by Callas. The bulk of Volf’s film is constructed to tear down the myth that Callas was a brilliant, but lazy performer. Callas recalls poignantly in an interview the worst night of her professional life, an incident where she cancelled a show in Rome moments before taking the stage, citing the effects of bronchitis and not wanting to deliver a bad performance. The reaction to her cancellation was apoplectic from the opera community, which branded her as difficult to work with from that point on. She’d have continual trouble finding work, and at one point she would cancel another show out of crippling depression.

Maria by Callas doesn’t just reform the public image of Volf’s subject, but it also provides a timely and poignant reflection of how many women were treated in various branches of the entertainment industry. Here was a strong, outspoken, preternaturally talented young woman who had every aspect of her private life analyzed under a cultural microscope by people who claimed to have more ownership over her art than the artist did. Women like Maria Callas still face similar struggles today, and Volf (who has literally written the book on Callas) dutifully and artfully arranges and oral history that speaks truthfully and honestly to such experiences. History is littered with stories of “tragic” artists who were pushed at their lowest point into despair, but Maria by Callas dispels such myths by presenting such a figurehead as a strong, empowered, and thoughtful human being. There’s no mythologizing here; just Maria.

While the gregarious Callas holds court from beyond throughout, Volf’s insistence to use large chunks of footage (most of it on grainy 8 or 16mm stock) without cutting away is a bit more exhausting than it probably should be. Some of Maria’s more tangential anecdotes are nice, but appeal primarily to fans, admirers, and enthusiasts. Similarly, Maria by Callas stops at various points to showcase some of the singer’s performances in their painstaking entirety. While it’s admirable to display Maria’s talents – and even subtly showcase in some of the more solemn numbers how personal pain makes its way into her on stage performances – it’s never made into a necessary part of the film’s overall fabric. Those familiar with Callas will already be well acquainted with her skills, and those who want to learn more about the person and less about the opera will undoubtedly grown antsy whenever the film grinds to a halt for ten minutes at a time for an out of context musical number from a larger work. It’s nice, but also needlessly indulgent and somewhat distracting. It’s understood that this footage is exceptionally rare (as are many of the interviews), but they do little to enhance the film’s narrative overall.

Maria by Callas builds to an equally inspirational and heartbreaking conclusion. To get to know Maria Callas is to wish that she was treated more fairly and equitably and to be remembered more fondly today. It’s sad paying witness to everything she went through. At the same time, Volf and Callas make sure to emphasize that she loved life and lived it to the fullest. You don’t have to be an opera lover to identify with Maria Callas. I’m sure it helps, and I’m sure Volf’s film won’t change one’s views on opera one way or the other. At the same time, anyone who sees Maria by Callas will be treated to an exceptionally told story of a remarkable and strong human being first and foremost. The music she provided to the world just happens to be a bonus.

Maria by Callas opens exclusively at TIFF Bell Lightbox in Toronto on Friday, October 26, 2018. It expands to Vancouver, Victoria, and London on November 2 and to Ottawa on November 16.

Check out the trailer for Maria by Callas: