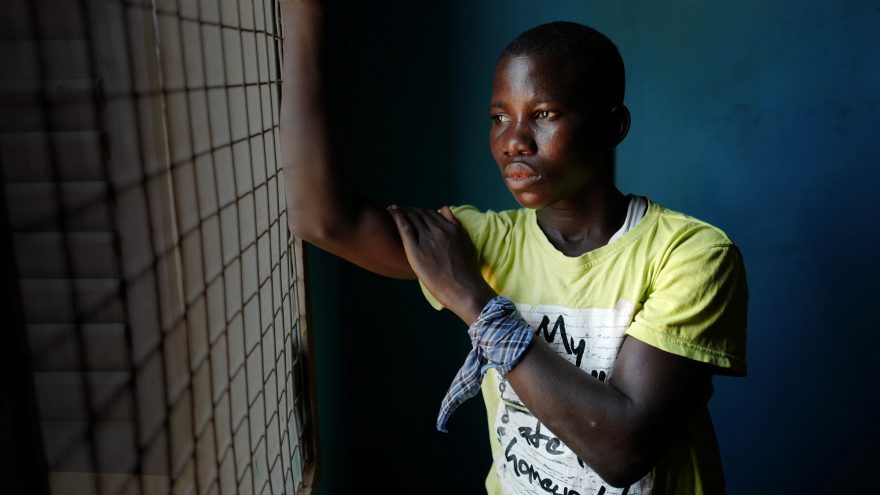 Documentarians Alyssa Fedele and Zachary Fink’s The Rescue List, which screens this weekend at the Human Rights Film Festival in Toronto, brings to light an often overlooked form of child slavery that has been ongoing for decades, and examines the healing process faced by those who lived through it.

In the 1960s, the construction of a hydroelectric dam in Ghana created Lake Volta, the largest manmade lake in the world. Unscrupulous profiteers saw the new waterway created by runoff from the Volta River as a cash cow. Fisheries would literally buy young children away from their impoverished families and force them into dangerous, backbreaking labour. It’s estimated that there are over 20,000 such child slaves exploited by illegal fishing activities, and many of them are never heard from again once they’re forced into servitude. In 2003, an organization known as Challenging Heights – founded in part by Kofi Annan – formed to help rescue child slaves and help rehabilitate them.

The Rescue List doesn’t dwell too heavily on exposing the illegal use of child labour, probably because Fedele and Fink’s access to such activities would be limited to what they see when out in the field with Challenging Heights and their primary guide, Kwame, who is a himself survivor of slavery. Instead, the focus is placed on the immediate effects that such harsh and illegal practices have on young children and what it takes to nurse them back to physical and mental stability.

The Rescue List isn’t an exposé on the subject in the strictest terms, but by sticking close to those who’ve lived through such nightmares, Fedele and Fink tell the viewer all they need to know about the dangers involved. It’s a vital part of such stories that often goes untold, and it’s important that Fedele and Fink have brought it out into the open. Saving a child from slavery isn’t enough when often the hardest work will have to be done once the chains of bondage have been severed.

The Rescue List screens at the Human Rights Film Festival in Toronto on Sunday, December 9, 2018 at 6:30 pm at The Hot Docs Ted Rogers Cinema. Directors Alyssa Fedele and Zachary Fink will be on hand for a post-screening Q&A, moderated by activist and artist Emmanuel Jal.