Review: Of Fathers and Sons 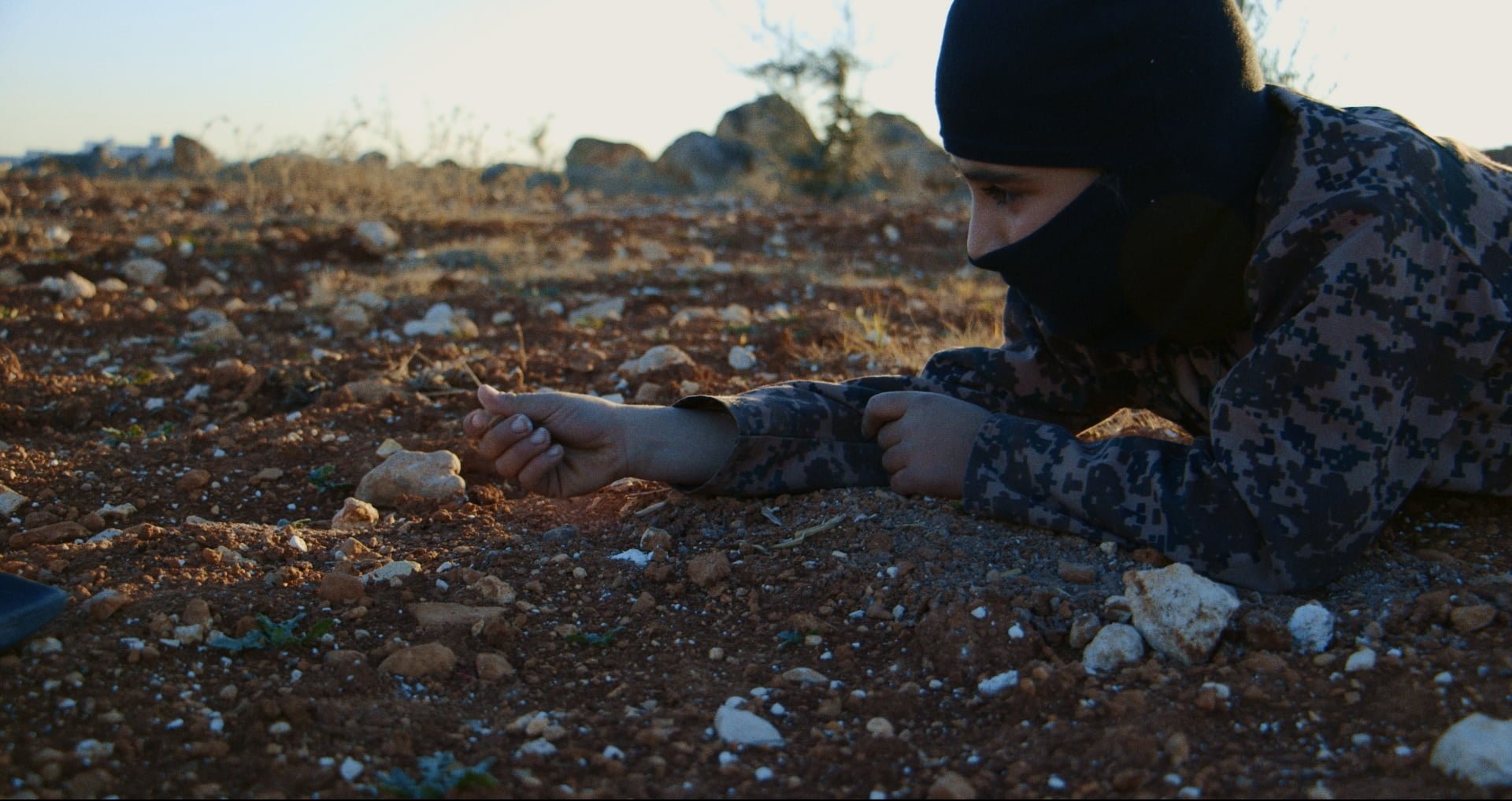 A harrowing and unflinching examination of the ways religious extremism can take root across generations, filmmaker Talal Derki’s documentary Of Fathers and Sons will inspire plenty of debate in those who view it, both in terms of substance and execution. A dangerous and fruitful piece of longform journalism, the latest from Derki (Return to Homs), which picked up a Grand Jury Prize for Documentary at Sundance, embeds viewers in a world many wouldn’t want to have access to without the distance of a camera’s lens. Even with that distance built between the audience and Derki’s subjects, Of Fathers and Sons remains one of the most gut wrenching documentaries of the year.

Shortly before Islamic extremist groups like ISIS and Al-Qaeda took control of his Syrian homeland and wars both civil and international began erupting, Derki fled to Berlin and safety. The filmmaker would return to the Middle East over the past several years to document the revolutionary changes that have forever altered the fabric of the region. For two straight years, Derki lied about his political leanings and posed as a photojournalist and extremist sympathizer to gain virtually unrestricted access to an al-Nusra supporting family.

Of Fathers and Sons spends time embedded with the family of Abu Osama, an Al-Qaeda obsessed true believer who works predominantly for terrorist organizations as a bomb manufacturer and defuser. He’s a loving, doting, and sometimes physically stern father of eight who wants all of his children to join in the fight to establish and maintain an Islamic caliphate around the world. It’s his belief that al-Nusra and similarly minded extremist sects (except ISIS, which he refers to as a “disobedient child” when asked about differences and similarities) are heading into what will be a lengthy, successful, and pious world war. He speaks candidly and with an alarmingly level head about executions that he has carried out, sings along jubilantly with songs on the radio about destroying all non-believers, and he’s willing to show and train his children about any manner of mortal combat or warfare.

Of Abu Osama’s children, Derki finds himself most drawn to thirteen year old Osama and twelve year old Ayman, both of whom worship their father (like many children do) as a perfect role model. It’s all they know in life, and all they have no point of comparison that wouldn’t be considered blasphemous or disobedient. They have been born into extremism, and while both Ayman and Osama are willing to immerse themselves in such a hateful and unwavering culture, there’s a sense throughout Of Fathers and Sons that these two young men will be on different life paths very soon. Osama is a quick study, keen and ready to follow in his father’s Jihadist footsteps. Ayman, on the other hand, has trouble concentrating and openly notes that he would prefer continuing his education rather than rushing into military service. 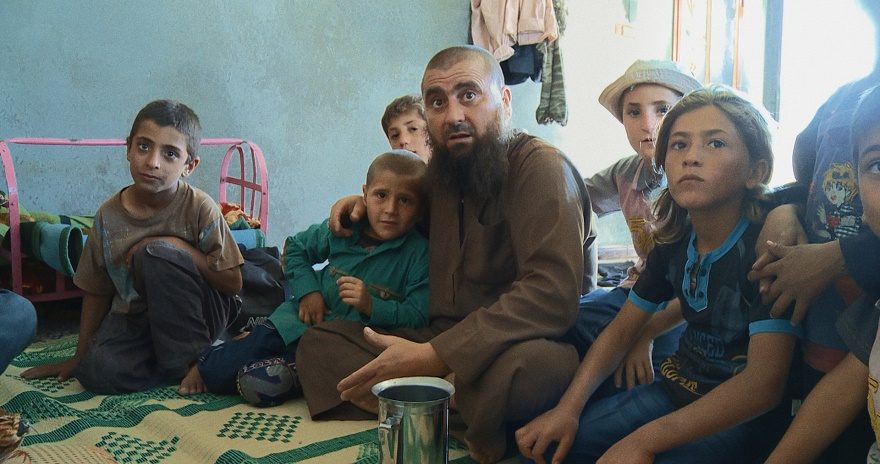 Of Fathers and Sons is a delicate and controversial kind of documentary to make. On one hand, those familiar with Derki’s previous works will immediately know that the filmmaker is putting his life on the line, and that he’s not condoning any of the actions being depicted or ideologies being espoused. On the other, it’s hard to imagine how someone could maintain such stoic journalistic integrity in the face of overwhelming hatred, misinformation, violence, and abuse. Of Fathers and Sons is a film that pays witness to unbearable horror and sadness, and daringly attempts to engage with the perpetrators of such feelings on its own insidious level for the sake of delivering unfiltered and undiluted truths about religious extremism. At the end of the documentary and ready to return immediately home to his family, Derki describes the entire experience as a two year long nightmare, with the director instantly becoming the film’s most empathetic figure.

Empathy and the search for meaning in something as inherently unfathomable as Jihad works curiously throughout Of Fathers and Sons, as the documentary’s title suggests it might. The desolate, bombed out, and mine ridden landscapes that surround Abu Osama’s family and community are bleak and inhospitable, but if one were to turn the sound (and subtitles) off, the way he interacts with his children in his modest and equally bleak looking home, and the adoring looks he often has in his eyes, are similar to the ways other fathers around the world show love for their children. The kids are allowed to wander and play (within reason, or else they’re prone to punishment), but often they’re playing in noted minefields or gleefully building their own rudimentary explosive devices. Osama speaks enthusiastically about how he’s willing to step into harm’s way when he becomes an adult to fight alongside his Islamic brothers in arms, but when Abu Osama gets severely injured, the young man breaks down into uncontrollable tears for his father. Men speak dismissively about how they view the women in their lives as nothing more than useless, interchangeable baby factories, but they do so in a manner eerily similar to how other western and European alpha-male types speak in similarly insidious patriarchal circles. When young men in their early teens are sent to military camps, the training is rigorous and intense, but they aren’t technically the definition of child soldiers most people would subscribe to because they’re being groomed for the future and not for immediate deployment.

With Of Fathers and Sons, Derki looks at a form of empathy far removed from the emotions experienced in the majority of the world. They have similar feelings that are recognizable to even the most casual of outsiders, but they’re filtered through the lens of extremism. Here, the emotional truth of the matter is as equally stomach turning and confrontational as the unvarnished, cautiously captured factual truth of everyday life under the rule of extremism. In both the literal and underlying psychological sense, the truths depicted in Of Fathers and Sons are more terrifying than almost any other documentary to come out this year.

Check out the trailer for Of Fathers and Sons: