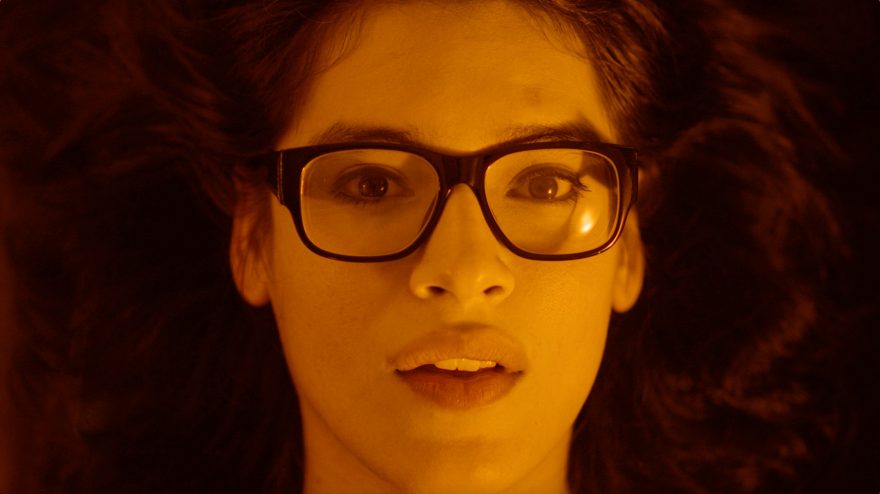 The Garden Left Behind

The Garden Left Behind is a forceful, thoughtful, timely, and important look at being marginalized in America. Told from the perspective of an undocumented Latinx transwoman trying to figure out what the future holds, the latest film from director and co-writer Flavio Alves effectively captures the stress and fear faced by millions of North Americans trying to stay safe in the face of rising hatred and governmental indifference and apathy.

Thirty year old Tina Carrera (Carlie Guevara) has lived as an undocumented Mexican immigrant in New York City with her aging abuela (Miriam Cruz) since the age of five; working as a taxi driver and currently going through the rigorous process of being psychologically cleared to go ahead with gender reassignment surgery. She’s stuck in a slowly disintegrating relationship with a man (Alex Cruz) whose love is anything but unconditional. While she struggles with these personal issues, Tina remains an active part of her local and thriving trans community, which has been ramping up their visibility and raising their voices as the number of violent attacks continue to rise.

If The Garden Left Behind were a documentary, it could be seen as a grassroots political film. By taking a naturalistic approach to a dramatic narrative that feels like it could sadly be ripped from today’s headlines, The Garden Left Behind becomes the rare example of an impassioned plea for understanding, justice, and change coming directly from a community in need.

While Alves is not a member of the trans community himself, he has taken the step to make sure that all of the film’s roles for transmen and women are played by performers (both professionals and newcomers) who identify as such. It’s an added layer of authenticity that makes The Garden Left Behind a work of impassioned, socially conscious drama with a keen eye, ear, and sense of empathy towards a number of struggling marginalized human beings, especially people of colour and people struggling under restrictive immigration laws.

Some might bristle at the film’s final twist as being a bit too morose and on the nose, but overall The Garden Left Behind is an effective, memorable, and heartfelt plea for empathy and equality and a testament to the strong people like Tina who continue to live in the struggle.