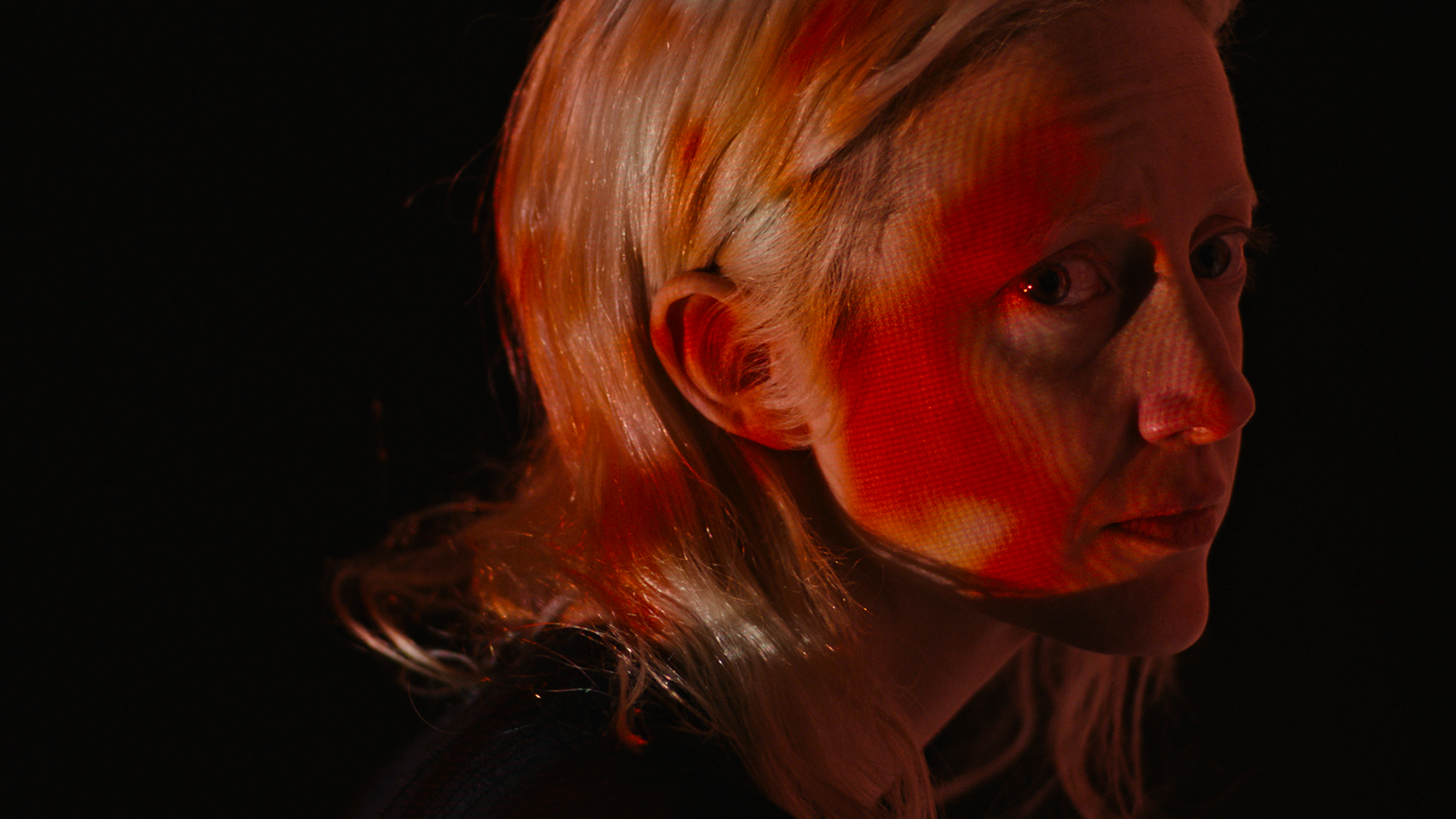 Possessor, the second feature from Canadian filmmaker Brandon Cronenberg, is a well crafted, but curiously unengaging psychological thriller. Although every scene of Cronenberg’s latest looks elegantly composed (even at its bloodiest) and the leads are well suited to the filmmaker’s icy stylistic choices, Possessor is a rather empty film to sit through. Something this well made shouldn’t leave this little of an impression. It’s a film that’s trying hard to mask the fact that there’s little new life being breathed into such a well worn storyline. The effort is appreciated, even if Possessor falls short of success.

Tasya Vos (Andrea Riseborough) is a new breed of assassin. Through major technological advancements, Vos is able to infiltrate and control the mind of an unwitting subject, forcing them to carry out executions on high profile targets. Vos spends a couple of days in the minds of her avatars, subtly leaving a breadcrumb trail of evidence that will make any investigators see their eventual killings as open and shut cases. Vos’ latest unsuspecting rube is Colin Tate (Christopher Abbott), a somewhat reformed cocaine dealer who’s living the high life as beau to the daughter of a wealthy corporate raider (Sean Bean). On paper, it sounds like an easy job, but Vos’ mental well-being has been growing increasingly erratic as of late, with the assassin pining to spend more time with her estranged ex-husband (Rossif Sutherland) and young son (Gage Graham-Arbuthnot). She has three days to complete the job (five, if she really pushes the boundaries of what the technology is capable of), or else she could be bonded to Colin forever.

Cronenberg’s script for Possessor is built around a rather traditional assassin/patsy dynamic, with not much changing except for the stylistic choices being employed. Possessor is very much a film that one would expect a Cronenberg namesake to deliver. There’s balletic bloodletting, melting flesh, ominous skylines, great use of Toronto area locations (particularly the CBC building, here subbing for Colin’s workplace), musings on the ways technology has changed how we process humility and empathy, psychosexual deviations, frantically strobing montages, and colour coded lighting schemes. It’s all rather stunning to look at, even when Possessor is at its most openly grotesque and violent. Cronenberg’s passion for composition is so great that it almost makes up for his comparatively passionless script. 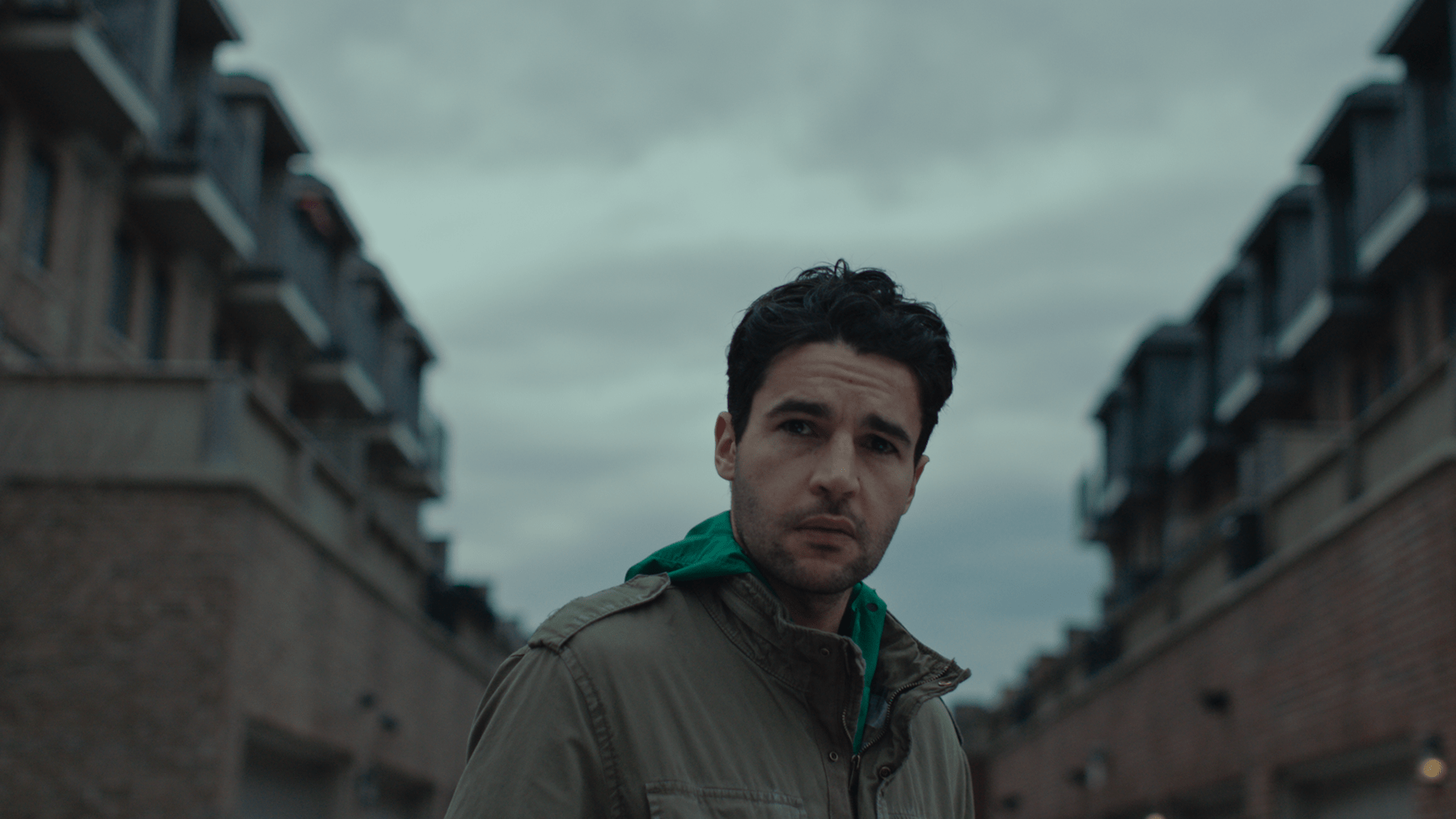 Possessor is a film built on wonderfully captured images that doesn’t add up to much as a whole. One keeps waiting for any moments of genuine suspense or intrigue to arrive during Possessor, but there are few to be found. Although it looks like the sort of refined and “elevated” horror that’s all the rage at the moment, Cronenberg’s latest doesn’t shock or excite with its pedestrian and predictable storyline. Once all of the narrative cards have been neatly arranged by Cronenberg face up on the table, it’s easy to see exactly where the story is headed, making Possessor a film that brings a lot of fire and fury for such minimal, obvious payoff. There are also some potentially intriguing story elements and notions that are introduced, only to be unceremoniously dropped without notice or resolution, leading one to think that this movie (which is being widely marketed as “uncut,” in a nod to the buckets of gore throughout) has been significantly pared down from a longer, more ambitious narrative, either in the editing room or at the scripting stage. About the only thing in Possessor that truly shocks is the writer-director’s staging of an admittedly gutsy climax, but even that moment of brutality is so highly telegraphed that it barely registers on an emotional or intellectual level.

That last statement doesn’t mean that Possessor isn’t an intelligent film. There has been some degree of thought and care put into it, especially when it comes to the themes Cronenberg wants to place front and centre. Both of the main characters have well structured arcs built around their secret desires for love and acceptance. Riseborough and Abbott – two of the most underrated talents working today – are exceptional when it comes to wrestling with loss of the mental and physical self, expertly understanding the tone Cronenberg is trying to achieve and delivering some solid dramatic bedrock for the writer-director to work with. The film’s anti-corporate stance is also a lot more subtle and well rounded than the one found in Cronenberg’s debut feature, Antiviral.

But much like a hypnotist (or futuristic wetworker), Possessor leaves not so much as a trace on the mind of the viewer. It’s in, out, and done before the viewer knows it, which would be fine for a film built on dumb theatricality, but not so great when a filmmaker is trying to make something smart and artful. Possessor is professionally made to high aesthetic standards, suitably transgressive, and detached without being altogether emotionless. What it’s not, however, is entertaining or intellectually satisfying.

[…] Abbott (who got raves earlier in the season for his leading turn in Brandon Cronenberg’s Possessor), plays carefully calculated variations on a character that’s the most obvious villain here; a […]