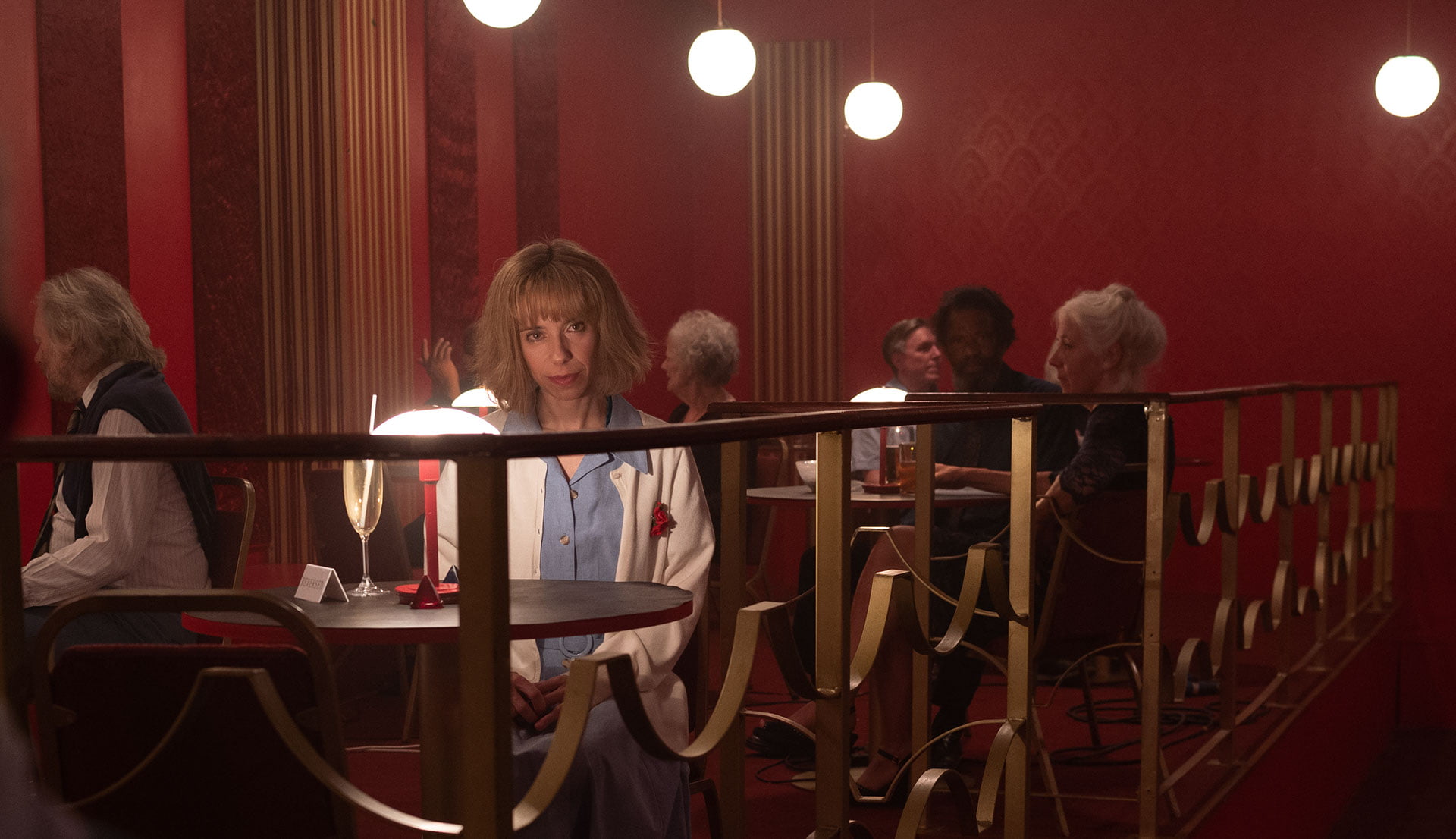 Scattered by design, strangely compelling, and expertly performed, Eternal Beauty is the sort of film that wants to make a connection despite the fact that it doesn’t entirely add up to a cohesive whole. A delicate and daring blending of comedy, drama, and light surrealism, Eternal Beauty isn’t the sort of narrative and character study that wants to provide the viewer with closure and specifics at every turn. To do so would mean that writer-director Craig Roberts has betrayed his protagonist, a likable, broken woman struggling to make sense of her own mental illness and the equally damaged people within her orbit. The film doesn’t always work, especially in its later stages and I think that’s kinda the point here. The moments that do work matter more, and are quite impressionable and memorable in comparison.

In an absolute perfect bit of casting, Sally Hawkins stars as Jane, a middle-aged woman battling schizophrenia more or less on her own. Jane has a family, but they’ve all distanced themselves from her following a mental collapse twenty years prior, when as a young woman (played in flashbacks by Morfydd Clark), she was stood up on her wedding day. Her fervently religious mother (Penelope Wilson) treats Jane with a bipolar blend of misplaced pity and sometimes outright disdain. Younger sister and single mother Nicola (Billie Piper) has been given all of the opportunities in life Jane wanted, and yet still finds new ways of undermining her sibling. Jane’s closest confidant is middle-child Alice (Alice Lowe), a kind and loving soul with a family of her own, but the older sister’s mental instability and increasing paranoia is perpetually straining the boundaries of their relationship. Jane spends most of her days trying to decipher what’s real or imagined in her life (including a flirtation with a mysterious stranger who keeps calling), but a glimmer of hope arrives in the form of Mike (David Thewlis), an equally eccentric (and not terribly talented) musician who proves to be an unlikely love interest. For a moment, Jane has found happiness, but their relationship threatens to further strain matters within her family.

Schizophrenia might be the hardest mental illness to portray on screen. Go too far in depicting some of the key elements of the disease, and a film can appear insensitive, outlandish, and histrionic. Go too subtle, and one might make schizophrenia seem like a series of ill timed tics and neuroses. There’s really no winning when it comes to portraying it in either dramatic or comedic senses, which is probably why it’s so underrepresented in comparison to more easily understood mental illnesses. Eternal Beauty might not be the best story about schizophrenia, the stigmatizing of the disease, and the way it can make everyday life a paranoid struggle, but Roberts (Just Jim) treats his characters respectfully by not trying to make sense of it all. That level of care, Roberts’ eye for fine detail, and some truthful, nuanced performances help to make Eternal Beauty an unexpectedly welcome bit of entertainment.

From the outset, Roberts and Hawkins take great care in portraying Jane as someone who has seen more in her short life than many will see across decades, only that some of it is painfully real while other elements are vexing figments of her illness. Jane feels both inspirational and flawed, doing what she can to go through each day without ever knowing how badly her condition will impact whatever she’s trying to accomplish. One moment, she will be shy, but lucid, and the next panicked and cornered. She’s always trying to better herself, but she can’t do it on her own, and those around her either refuse to give assistance (mom), are constantly taking (Nicola), or have little left in their own mental wellness tanks (Alice, Mike). Eternal Beauty is a film about familial struggle, and a darkly comedic look at how hard it can be to keep up appearances. 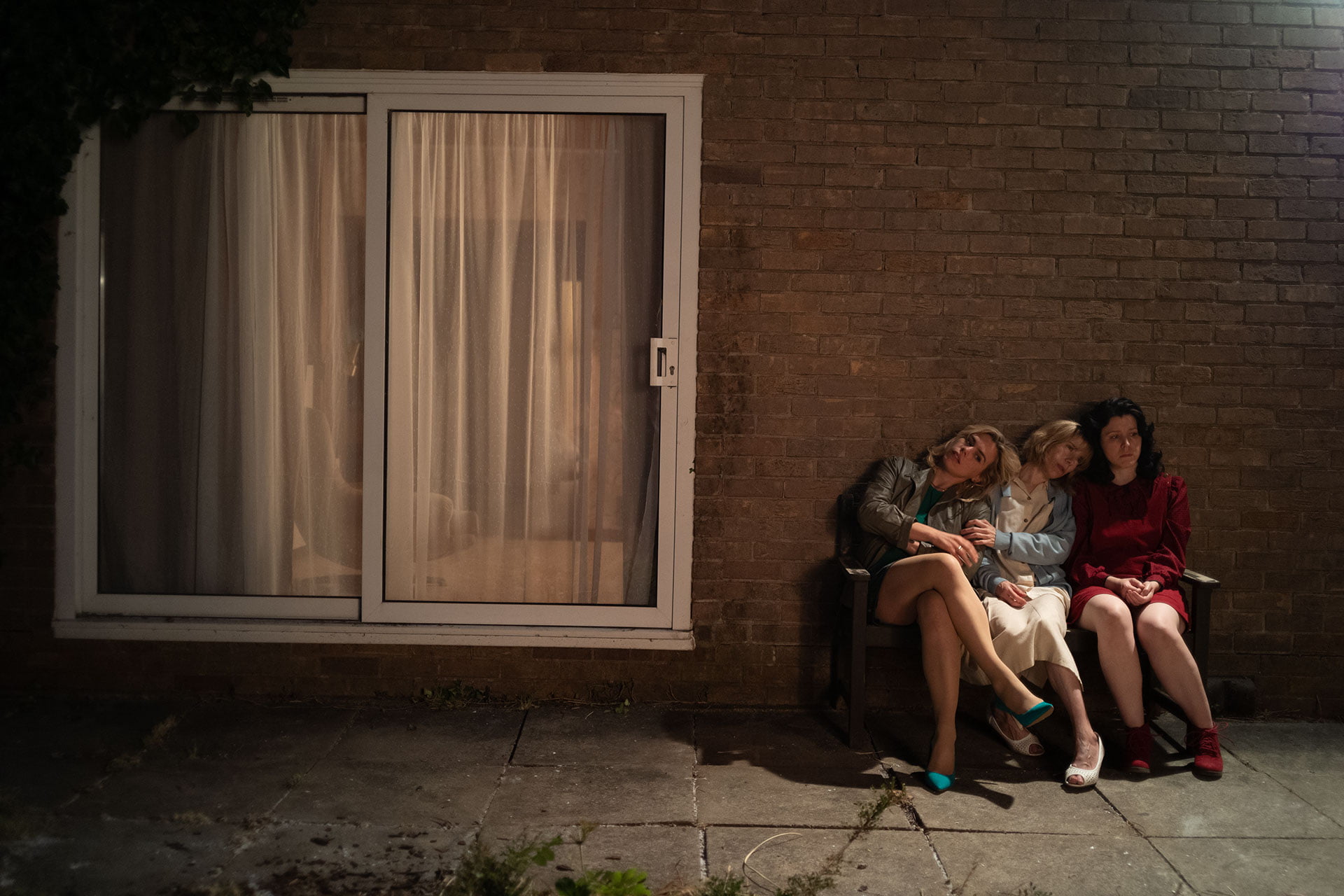 Eternal Beauty has an almost episodic structure, with some moments steadfastly refusing to link up to whatever comes next, all in a bid to put the viewer firmly inside Jane’s headspace. There are clear, well defined tonal demarcation points where Roberts makes it known when it’s okay to laugh along with Jane at her foibles, and others when it’s not supposed to be as funny as the situation seems. The viewer is allowed to read into the comedy of Eternal Beauty as far as they want to go without judgment, but the delicacy of Roberts’ script and the deft handling of the character by Hawkins do a fine job of illustrating the depths of Jane’s illness without lapsing into outright cruelty… most of the time.

Eternal Beauty boasts a rigorous, well thought out sense of production design that offers clues as to what might be bothering Jane at any given moment. Roberts also blends techniques often seen in British melodramas, music videos, and the works of the French New Wave to differentiate the different tones in Jane’s personality. It sounds like a mish-mash of styles and tones, but schizophrenia is often a mish-mash of feelings, neuroses, and chemical imbalances, and Roberts’ keeps things under control. It’s an “anything goes” technique that has been measured and reasoned in its execution, especially when one considers the unspoken, but prominent subtext that Jane’s entire family is struggling with a history of various mental illnesses. The style seems to conform to whatever character is driving the action of a given scene, which only makes Jane’s plight all the more relatable and sympathetic.

The downside to Eternal Beauty is that it stumbles mightily heading into its final act with an act of cruelty towards Jane that feels both tacked on and isn’t properly addressed and dealt with. It’s not an act of physical violence, but rather an emotional one, and just as Roberts is making great strides in showing Jane as an emerging heroine of her own narrative, it all comes crashing back down to earth in a bid to keep things going on a bit longer. The turn towards sadness particularly feels unearned once the film asks the viewers to consider the feelings of people who have been loathsome towards Jane, and it doesn’t work at all, no matter how compelling the style and performances remain.

What carries Eternal Beauty past its glaring, late stage flaws are the fully committed and delicately layered performances Roberts gets from his cast. There are few people who could play a character this likably damaged than Hawkins, with the actress adding yet another memorable and noteworthy performance to a career full of such turns. Thewlis doesn’t show up right away, but once he does, his manic energy and rapid-fire speech patterns are entertaining to behold, with the character actor getting a chance to perform in one of the most deliberately awful musical performances and awkward sex scenes in the same film, which is no small feat. Piper and Lowe are brilliant in their smaller roles, with the former taking a more comedic tone and the other a more reserved approach. The two of them next to Hawkins feel like sisters and clashing entities at the same time. In the flashback sequences, Clark perfectly encapsulates a younger version of Jane that rhymes nicely with Hawkins’ performance. Wilton also deserves a lot of credit for taking a potentially abhorrent character and making the viewer question what tone her interactions with Jane will take at any given moment, adding an air of dramatic mystery to their shared scenes.

Eternal Beauty doesn’t stick the landing, but the impression it makes before that point isn’t dampened very much. With a better conclusion, Eternal Beauty could’ve been a grand achievement. Instead, it’s a very good movie with some truly great elements.

Eternal Beauty is now available on VOD in Canada.