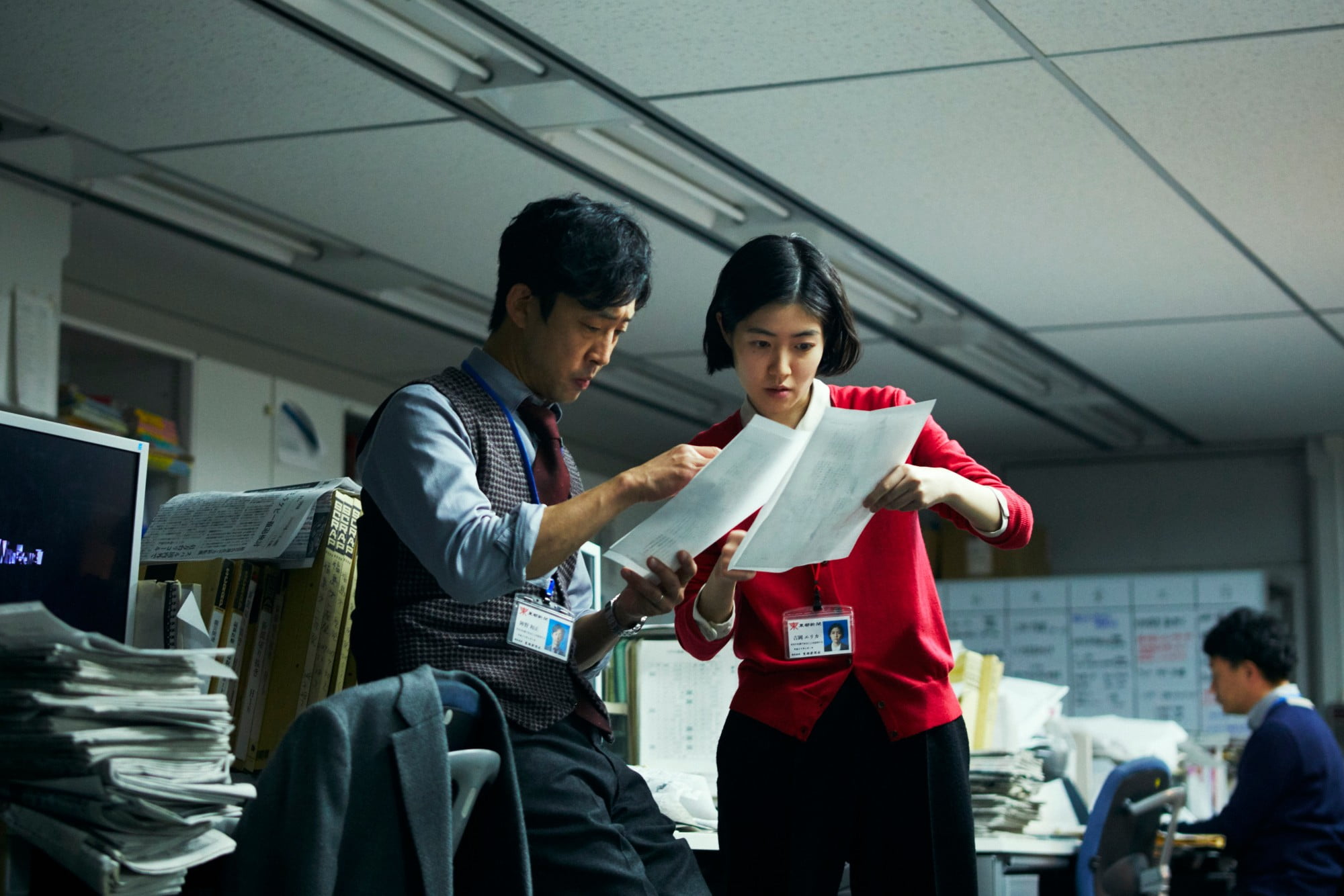 Erika Yoshioka (Shim Eun-kyung), a journalist for the Toto Newspaper, has recently received reports from a whistleblower that a proposed, high profile “medical college” isn’t what the government claims it to be in their propaganda heavy press releases to the media. The multibillion dollar deal – backed by the government, yet funded almost exclusively by private interests – could be tied to recent rape allegations against an MP, and a cover-up that reaches all the way to the PM’s office. Meanwhile, an employee working as spin control in a government agency (Tôri Matsuzaka) is forced to reevaluate his job after his superior commits suicide.

The Journalist finds screenwriter (and fellow reporter) Isoko Mochizuki adapts his own controversial nonfiction book for the big screen with decent enough results, delivering a cliched, but fully invested entry into the growing canon of films centring around plucky writers uncovering governmental lies. The Journalist picked up Best Picture, Best Actor, and Best Actress awards at the Japanese Academy Awards earlier this year, and while one seriously wonders if such lofty accolades are warranted, it’s a fine movie that achieves exactly what it wants to accomplish; no more and no less.

After thirty minutes of setting its stage and acclimatizing the viewer to the fraught relationship between Japanese parliament and the country’s media, The Journalist falls into a familiar groove that won’t surprise anyone that’s seen a film about reporters in the last fifty years. Michihito refuses to let his story devolve into outright melodrama, preferring more of a slow cinema approach to the tactics employed by filmmakers making flashier political potboilers. The Journalist is less concerned about the nature of its core conspiracy (although the eventual reveal is admittedly unexpected), with the film focusing more intently and intimately on the psychological toll governmental interference can place on those seeking truth and accountability. There’s also a lot to be said here about the ways journalists can be dogged, empathetic, and ethical at the same time, an approach to such characters that’s both truthful and underrepresented in cinema.

The performances and style are solid throughout, but The Journalist never finds a cinematic voice of its own. It’s admirable, but not exceptional.