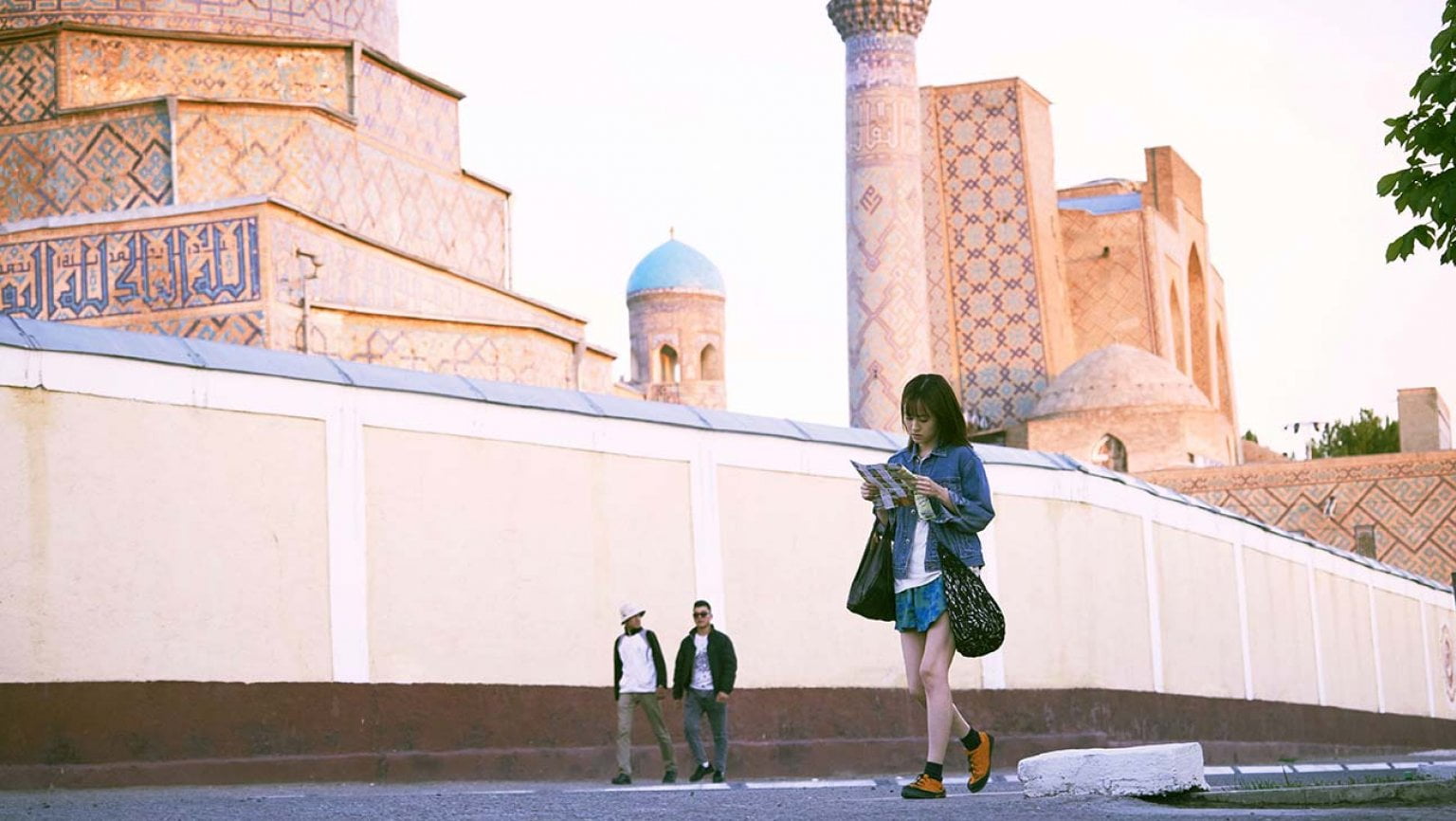 A subtle, austere, and poignant examination of loneliness, sexism, and reality show driven popular culture, master Japanese filmmaker Kiyoshi Kurosawa’s underrated drama To the Ends of the Earth isn’t a flashy film, but it’s a potent one. Although Kurosawa (Pulse, Creepy, Tokyo Sonata, recent Venice Film Festival award winner Wife of a Spy) has spent decades continually redefining and evolving his filmography, To the Ends of the Earth feels destined to play like a footnote in his career. It’s much better than that, becoming one of the director’s most unusually moving films to date.

Former pop star and frequent Kurosawa collaborator Atsuko Maeda stars as Yoko, the attractive young host of a Japanese travel show. Yoko, who dreams of being a singer, puts on a brave face at work, but she’s clearly sick of being trotted out to do a bunch of wacky stunts instead of anything substantial or intelligent. Her latest assignment – a trip to Uzbekistan – finds Yoko at her lowest point. She’s continually sent out by her openly abusive director (Shôta Sometani) and equally uncaring crew to be the spokeswoman of a show no one seems to enjoy making. Other than pining to return to her firefighter boyfriend back in Tokyo and fighting for all the alone time she can get to explore on her own, the only bright spot of Yoko’s trip is the involvement of the crew’s empathetic guide/translator (Adiz Rajabov).

Although there’s some dark comedy peppered throughout To the Ends of the Earth (especially a memorable bit involving a stubborn goat), Kurosawa takes a premise that many other filmmakers would mine for laughs and satire and instead looks for the sadness and internal struggles of its characters. Moments that could be funny – like watching Yoko’s director constantly making her partake in an unsafe looking amusement park ride for multiple takes – are instead mined for compassion and empathy for Kurosawa’s protagonist. To the Ends of the Earth isn’t a standard narrative about a weary traveller or television personality, but rather the slow unravelling of an intelligent, undervalued woman caught between two very different patriarchal societies.

The length of To the Ends of the Earth (which screened at TIFF last year) feels like an indulgence, and those hoping to catch another one of Kurosawa’s subverted genre dalliances will likely be left disappointed. It takes the better part of an hour for anything to evolve here, but once it does, the viewer’s patience is rewarded with the injection of some intense dramatic beats that work more often than they misfire. It’s certainly one of the most balanced films to come out of this period in Kurosawa’s career, and Maeda’s best performance to date helps to keep the writer-director’s latest grounded.

It’s a film that acknowledges how terrible people can be while still searching for good in the world. By that token, To the Ends of the Earth seems like a work that will only grow more respected and captivating with age.