Nail in the Coffin: The Fall and Rise of Vampiro | Review 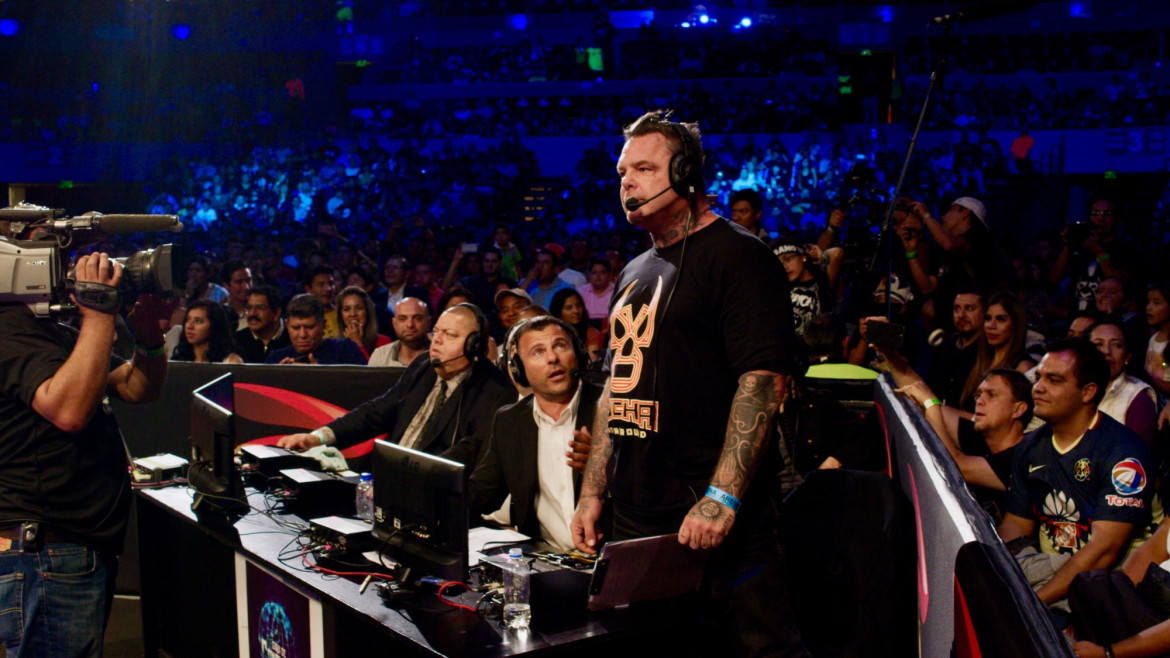 The documentary Nail in the Coffin: The Fall and Rise of Vampiro will appeal first and foremost to fans of professional wrestling, and all involved with director Michael Paszt’s first feature are perfectly at ease with that. Going to great lengths in a bid to explain the ins and outs of a business that seems inscrutable to anyone outside its bubble, Nail in the Coffin: The Rise and Fall of Vampiro has mostly niche appeal. I happen to be firmly inside that bubble, finding wrestling equally entertaining, fascinating, campy, and problematic at the same time. Being unashamedly in the core demographic for such stories makes objectivity a little more difficult this time out, but outside of any knowledge I have of the gothic, Canadian wrestler and lucha libre legend being profiled going into the film, Nail in the Coffin: The Fall and Rise of Vampiro remains a well constructed and sometimes uncomfortably intimate documentary.

After a rough, traumatic childhood growing up in Thunder Bay, Ontario, former hockey player Ian Hodgkinson travelled to Mexico to try his hand at wrestling, despite no formal training or previous experience. Diving headlong into the deep end of a historically and culturally significant pool, Hodgkinson endeared himself to Mexican crowds through the creation of a punk rock inspired character named Vampiro, becoming an unlikely superstar in the process. After making a decently paid, but ultimately unproductive trip stateside to perform for the fledgling WCW brand in the late 90s and early aughts, injuries slowed his in-ring career. Now in his 50s, Hodgkinson – who currently divides his time between Mexico and Thunder Bay, where he looks after his teenage daughter, Dasha – still makes in-ring appearances (even though he absolutely shouldn’t given his laundry list of medical ailments), but works primarily behind the scenes as a showrunner.

Hodgkinson has never been afraid to say exactly what’s on his mind, a trait that often gets him into hot water, positioning himself as a divisive figure within the wrestling business whether he likes it or not. While the accomplishments of Vampiro – a Canadian who was somehow able to “get over” in the most wrestling crazed country in the world – are undeniable, no one would ever confuse Hodgkinson for a masterful backstage politician. Paszt is party to some of Hodgkinson’s most infamous and regrettable backstage moments throughout the filming of Nail in the Coffin: The Fall and Rise of Vampiro, most notably in the opening and closing moments while producing shows for Mexico’s AAA promotion. These are moments that are often spoken about within wrestling fan communities because of their unfortunate impacts, but it’s another thing entirely to see them unfolding like a car crash before the viewer’s eyes. Not since Beyond the Mat or Wrestling with Shadows has a documentary filmmaker making a movie about wrestling been party to such intense and outright bonkers backstage situations. It’s another great example of a story where fans might regret learning exactly “how the sausage is made.” 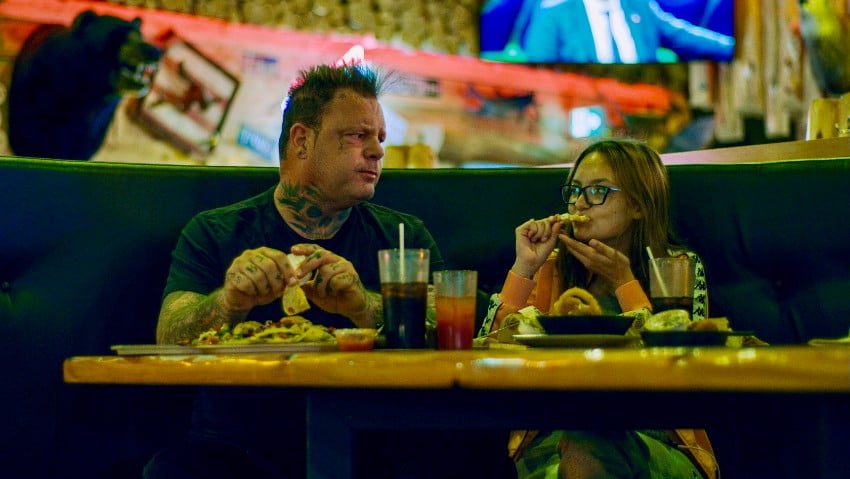 But beyond those moments that will leave “smarks” salivating, Nail in the Coffin: The Fall and Rise of Vampiro remains mostly a biographical profile piece. With a willing subject and access to a wealth of archival interviews, footage, and home movies, Paszt tries to get inside Hodgkinson’s complicated and “punch drunk” mind. Plagued by depression, high levels of anxiety, and anger issues, Hodgkinson repeatedly reaffirms that he’d rather be spending time with his daughter or playing video games than wrestling or running events. His job clearly stresses him out more than the trouble is probably worth, and yet he still works twenty hours a day, six days a week for a business that has already claimed most of his body and is rapidly taking his mind. Many of his colleagues (most notably rising star Kevin Kesar) voice their concerns, and Hodgkinson seems so addicted to work that he can’t take his own advice. Hodgkinson holds nothing but disdain for his fame, so why is it so hard for him to walk away? His home life with Dasha is also becoming equally stressful, with dad wondering what he’s going to do when his daughter finally leaves the nest in the not too distant future.

While Hodgkinson is open and honest with Paszt about his personal and professional struggles, it’s almost impossible to try and get to know the man behind Vampiro. He’s a man who’s blood is perpetually up, making it easy for viewers to worry about his well being. He cares deeply for his daughter and takes full responsibility for his shortcomings as a perpetually absentee dad over the years, but he also seems to loathe almost everyone else in his orbit (especially equally controversial fellow wrestler Jeff Jarrett, who doesn’t come off well here, yet still contributes an insightful interview). These conflicting personality traits are fascinating. Hodgkinson might be a decent person to have on hand when egos start clashing backstage at a wrestling show, but is he equipped to do much of anything else?

Hodgkinson has lived quite the life outside the ring. He’s been involved with the Montreal mafia, has strange connections to Milli Vanilli, owns his own Krav Maga academy, and is a member of the Guardian Angels. But most of Nail in the Coffin: The Fall and Rise of Vampiro sticks to the father/daughter backbone of the story and Hodgkinson’s best known professional exploits. Although he’s intense and brusque, Hodgkinson is a fascinating person to build a documentary around. His story might only appeal to a handful of people, but that audience will certainly appreciate it.

Nail in the Coffin: The Fall and Rise of Vampiro is now available in Canada on VOD.