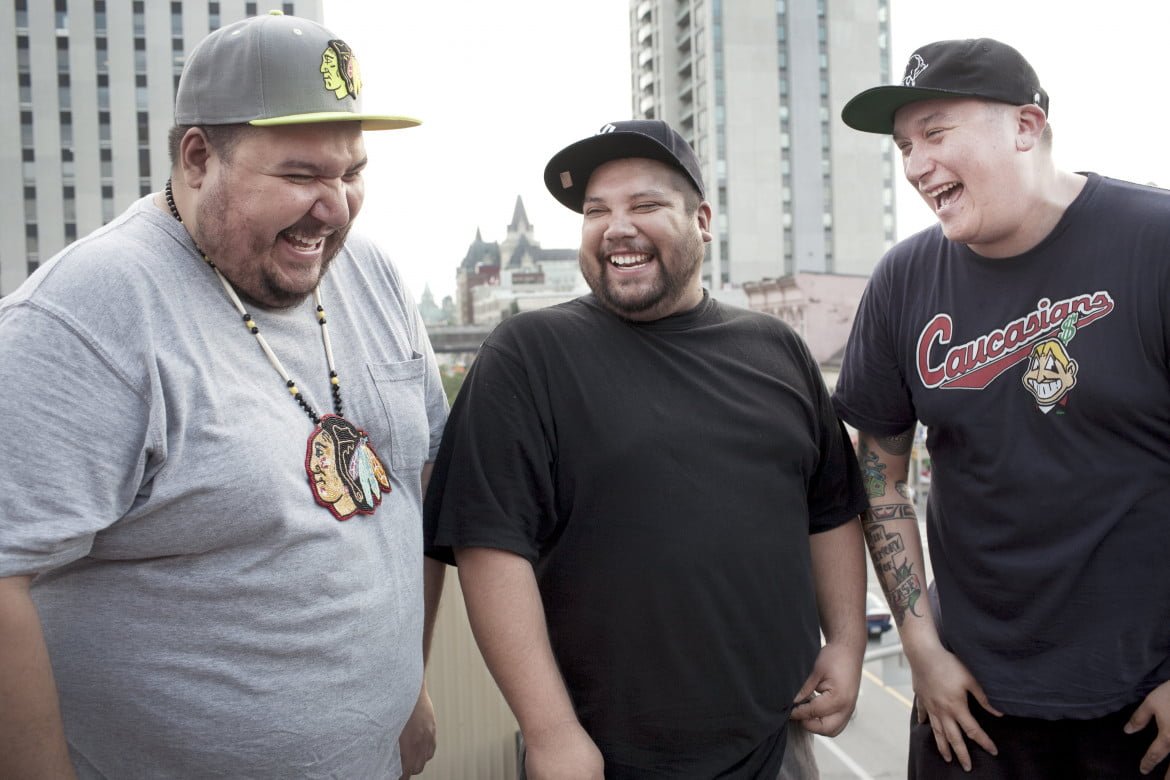 Diversity and the juxtaposition of cultures are part of the formula for what makes Canada great–and nowhere does this intermingling rear its lovely head as brilliantly as in the creative works of our artists and music makers. A Tribe Called Red, a trio collective from the Nation’s Capital, presents one of the most unique multiculturally-driven acts of the decade in their fusing of traditional Native soundscapes with modern electronica genres. Now, with First Nations culture in North America gaining its rightful momentum, ATCR have taken reign as unintended, but welcome, pioneers of the movement for Indigenous recognition and respect.

Alongside the Idle No More awakening, the boys in A Tribe Called Red–DJ NDN, multiple DMC champ DJ Shub & Bear Witness–are changing the political and racial discourse about First Nations rights on a global level. Both the group and movement continue to gain support while dominating headlines across the country and beyond; and ATCR don’t take either ongoing achievement lightly.

“If you’re First Nations in Canada, just the fact that you’re even alive is a political statement,” Tribe told NOW Magazine. “We’re always being looked at through the lens of colonialism, and we’re never portraying ourselves. We’re starting to take control of that, but it’s really just beginning.”

A Tribe Called Red–formed in 2008–have made, mastered and marketed Pow Wow Step: where hip hop, house, reggae and moombahton, dancehall and dubstep resonate against drums, chants, and other elements of traditional Indigenous sounds. The intention to create a positive entity that Aboriginal populations could claim as their own has succeeded as well as transcended the original mission: after the pronounced success of their first independently-released album last year, the group’s appeal has not only exploded in these communities but beyond all cultural and geographical boundaries.

ATCR have stated that they are “indigenizing” and “decolonizing” with their music. “We have the opportunity through media to articulate what we mean and help people to understand.” said DJ NDN.

“Really overall what we’re trying to do is make something that Aboriginal people can have as their own, that they can claim and say ‘This is our music; this is something that represents, and reflects, us.’” added Bear Witness.

A Tribe Called Red’s self-titled debut album was longlisted for the Polaris Music Prize (alongside Leonard Cohen, Feist, Grimes, The Weeknd and Drake) and topped year-end lists for 2012, including with the Washington Post, Ottawa Magazine, Winnie Cooper, Exclaim and Spinner. The album is available free for download at www.electricpowwow.com.

The group told Indian Country Today Media Network that their plans for 2013 include expanding on the success of Pow Wow Step and more “mash up genres” by introducing other Native musical acts through a number of collaborations on their next album.

Tribe is currently on tour across the U.S. until June, including a stop at SXSW festival in Austin, TX. Their shows are frequently sold out, and always well-reviewed: where attendees of all ages, creeds and cultures gather on the dance floor under the decks and accompanying large screens displaying visuals put together by Bear Witness that, like their music, fuse elements of modernity and tradition to deliver a powerful impact.

A Tribe Called Red appear in Ottawa monthly at their resident night Electric Pow Wow, every second Saturday of the month at Babylon Nightclub (317 Bank Street).

Watch Tribe perform a sold out show at the Art Gallery of Ontario in Toronto, February 7, 2013:


See the on-screen visuals from the AGO show. 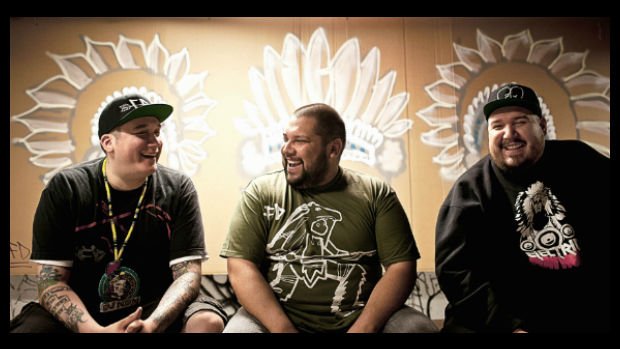 Jessica Linnay is a Vancouver-area creative and content writer specializing in sustainability, lifestyle and the arts.