George Michael: Still sexy after all these years 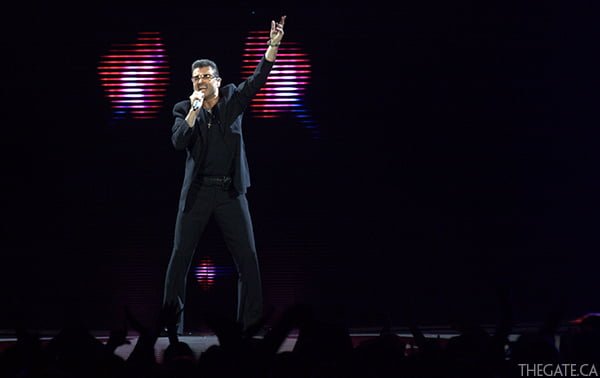 George Michael on his 25 Live Tour

After a number of American shows with low attendance, Torontotians proved they still love George Michael after a 17-year absence. Despite a fifty minute delay, which helped those stuck on the Gardner Expressway tied up by an accident, the Air Canada Centre filled for the $2 million stage set up.

The lights went out, the crowd roared and the music began. Opening with “Waiting (reprise)” the crowd was visually stimulated with screen-saver type graphics on the massive LED screen that stretched from the lights down to the stage itself and flowed out into the audience. Singing the line “Here I am….” at the end of the tune, panels on the LED apparatus opened to reveal George.

It seemed the delay had only revved up the audience’s anticipation even more. A giant sing along for two and a half hours to classic George songs such as “Faith”, “Father Figure” and “Outside” got everyone dancing and following the 25 year song history of the performer.

His soulful voice belted out and hit all the notes without any effort. Re-mixing some of his tunes into dance club-like tracks he showed his fluid hips can still move. He created an experience leaving almost no popular song unplayed. I admit I did miss not hearing “Monkey” or “I want your sex”, but there is only so much that would fit in a show with such a long repertoire to pull from.

“I’m fully aware that I haven’t made it easy to be a George Michael fan,” he said. “I want to make sure that every single fan in this house has forgiven me for my absence.” By the end of the night he clearly had made up for it. 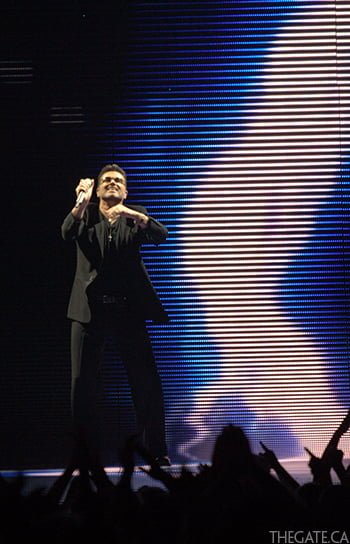 has been an avid traveller since a few months of age, staying in hotels of all descriptions and experiencing as much as each destination has to offer. From zip lining, to exploring museums, and all the way to flying hawks, she's done it all.