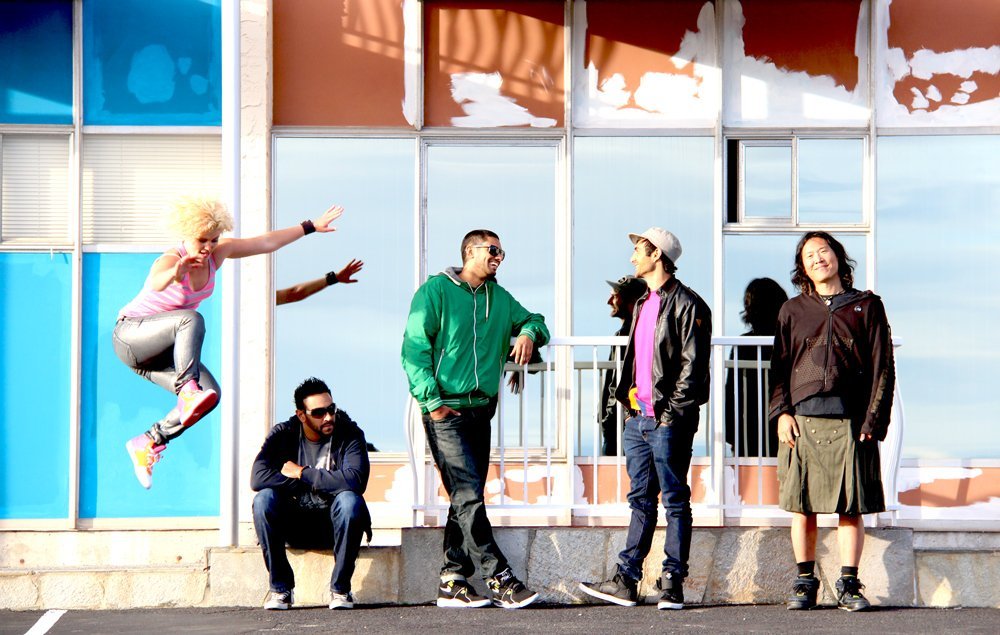 When organizers in Austin, Texas launched the South by Southwest (SXSW) music festival in 1987, they anticipated it would be a regional event drawing in less than 200 people–then over 700 showed up.

This awesome accidental achievement would be indicative of the festival’s ongoing and ever-growing success, and today SXSW not only fulfills its original intention to showcase indie musical acts, but contains in its multi-day line up an array of keynote speakers (this year Dave Grohl of the Foo Fighters was one), trade shows, and various multimedia platforms for film, business and technology.

With the festival’s 27th year in operation wrapped earlier this month, it is clear that the Canadian component of SXSW has also grown as exponentially. Canadian performers now make up the largest non-American contingent of artists, this year representing approximately 135 of the 2,500 acts on the bill for 2013.

Stuart Johnston, president of the Canadian Independent Music Association, explained to media how just a decade ago, there was a sole booth representing Canada at SXSW tucked away in the festival’s trade show area; now, Canadian acts appear scattered generously throughout lineups each day of the 10-day fiesta. Represented under the “Canadian Blast” banner, Canuck-specific festival features include an official kick-off barbeque and the establishing of Canada House—an all-Canadian arm of SXSW featuring parties and artist showcases round the clock for the whole duration of the festival. SXSW has formerly hosted major Canadian acts such as Metric, The Constantines, Grimes and Broken Social Scene; and famous Canadians Neil Young and K.D. Lang are also SXSW alumni.

According to Toronto Star, a newly released CIMA report “Sound Analysis: An Examination of the Canadian Independent Music Industry” announces that while 75% of the Canadian music industry’s annual revenues still come from within the country, 19% now funnels in from the U.S.–an impressive number for any Canadian arts scene and a fact underlining “how much opportunity there is for our music” outside the country, said CIMA’s President Stuart Johnston, as well as “the importance of exporting.”

“The rest of the world seems to have finally caught on to the strength and diversity of the music pouring out of the world’s sixth largest music market,” said a CIMA press release during the launch of Canadian Blast at SXSW.

Here are some of the Cancon stars of SXSW 2013 to get to know:

Perhaps the most newsworthy Canadiana-inspired item to grace review headlines was Ontario-bred and internationally-renowned EDM stars Richie Hawtin (aka Plastikman) and Joel Zimmerman, better known as Deadmau5, tag-teaming the turntables for the festival’s closing party and playing to a packed house.

Azari & Ill represent Toronto’s underground club scene with their fashion-forward dance floor ditties, and the boys rocked festival crowds with their house music performance at the Dim Mak showcase. The group was independent until Island Records snatched them up recently for a re-release of their debut album in January.

Montreal DJ A-Trak’s resume is extensive and impressive, including representing Kanye West behind the decks and standing as co-founder of Fool’s Gold records, which backs names like Kid Sister, Jokers of the Scene, Laidback Luke and Chromeo. Fool’s Gold teamed up with Diplo’s Mad Decent label for an SXSW party that was apparently off the hook.

Vancouver artists Delhi2Dublin fuse (obviously) Celtic and Bhangra sound styles into a unique and alluring blend of rich, dubby electronic music. The quintet rocked the festival with their usual energetic, eclectic set in celebration of their first album release just last month, Turn Up The Stereo.

Rapper and beatmaker Rich Kidd is expected to release his first full length album in 2013; he has been making a name for himself via mixtapes, production and artistic collaborations for quite some time in his native stomping grounds of Toronto. Rich Kidd recently toured with Vancouver rapper SonReal to promote their combo LP, The Closers and repped the GTA at SXSW during the most “amazing, f*cked up, productive, ratchet, barbecued, sweaty ass week”, he tweeted.

Shout Out Out Out Out are an Edmonton-based, 6-member electro band that started out together in 2004 and as of last July had worked through the build and release of three albums–the latest being Spanish Moss and Total Loss. Shout Out Out Out Out have fostered a reputation for hard work and dedication, energetic and technically complicated live shows that delight and inspire and according to reviews currently coming out, did not disappoint crowds in Austin.

Other Canadian acts on the SXSW 2013 roster:

Jessica Linnay is a Vancouver-area creative and content writer specializing in sustainability, lifestyle and the arts.