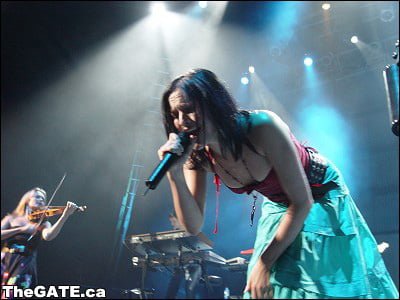 Irish pop group The Corrs performed in Toronto last night for an enthusiastic crowd that couldn’t get enough of the band’s celtic-inspired sound. As part of a tour to support of their new CD Borrowed Heaven, the band had only made one other stop in Canada, and after not touring for some time many fans were more than eager to see where the band was today.

The extremely frigid theatre-style concert venue of the Air Canada Centre, preparing for the World Cup of Hockey, already with ice in place, covered with flooring, had fans tapping their feet and periodically clapping in attempts to stay warm and in anticipation of the highly awaited last show of the North American Corrs Tour.

At 9:15 the dimming house lights – and sudden haunting music, brought peels of screams and thunderous applause. Anything but “Humdrum” – the sound spellbinding.

Andrea’s voice blended beautifully with sister Sharon’s violin, Jim’s guitar and keyboard and flowing backup vocals. Entrancing audience and press photographers Andrea was, without a doubt, the “center” of the siblings – the center of the show. She frequently skipped around the stage, seemingly an innocent fairy – while exuding tantalizing and sensuous sways, as she ran her fingers through her hair.

The crowd was now certainly not feeling the cold as the heat of the Corrs siblings swept over the exuberant audience.

Andrea speaking of this last show of the North American tour uttered, “We have to make it memorable.” And so they did. Flawlessly executing and bringing their own Celtic flavour to Fleetwood Macs “Dreams” the crowd is once more absorbed and on their feet in applause.

“Forgiven Not Forgotten” the “Angel” removes her shoes, prancing barefoot, sensuously encircling the stage and siblings.

Highlights of the show were certainly the instrumental “Return From Fingal” which gave opportunity for Sharon’s magical fiddle, Jim’s guitar licks and Andrea’s Tin Whistle. The audience was quick to their feet jigging in fine Irish style.

“Runaway”, a signature song had the audience filling the ACC with the chorus. Andrea uttered, “It’s good in Toronto.”

After the two-song encore and waves goodbye, two fortunate crowd members were recipients of Jim’s pick and one of Andrea’s famous tin whistles.

This writer spoke to a number of attendees, almost all ranked the show from eight to ten out of ten to twelve from an ardent fan from Dublin. 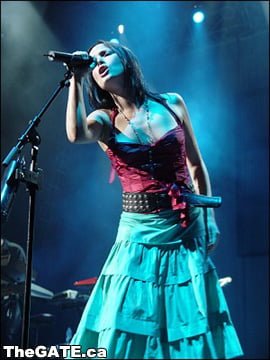 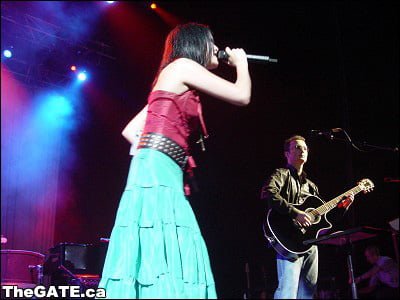 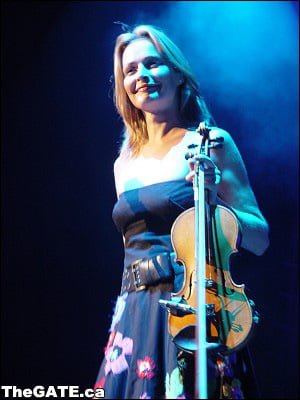 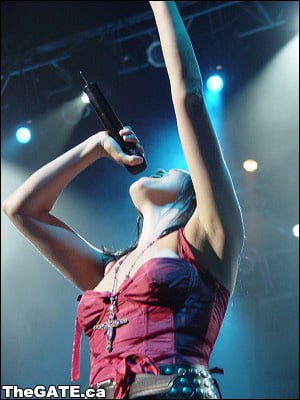 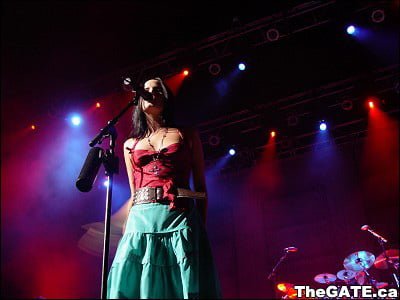 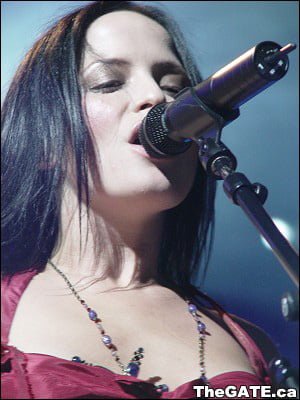 Before the show, this writer had the opportunity to meet members of the Corrs Fan Club. Donned in Black Corrs t-shirts and jackets designed in Dublin the fans came to the ACC after a meet and greet of adoring Corrs lovers.

Norma – attending her ninth show, Lisa – her second, the first in Dublin, Dennis – 18th show, T.J. Trevor – his ninth show. Both fellows will follow their idols throughout the European leg of the tour. Thy greatly suggested that fans visit and post on the Corrs fan board at www.corrboard.com. These fortunate fans were seated in the first two rows, center stage.