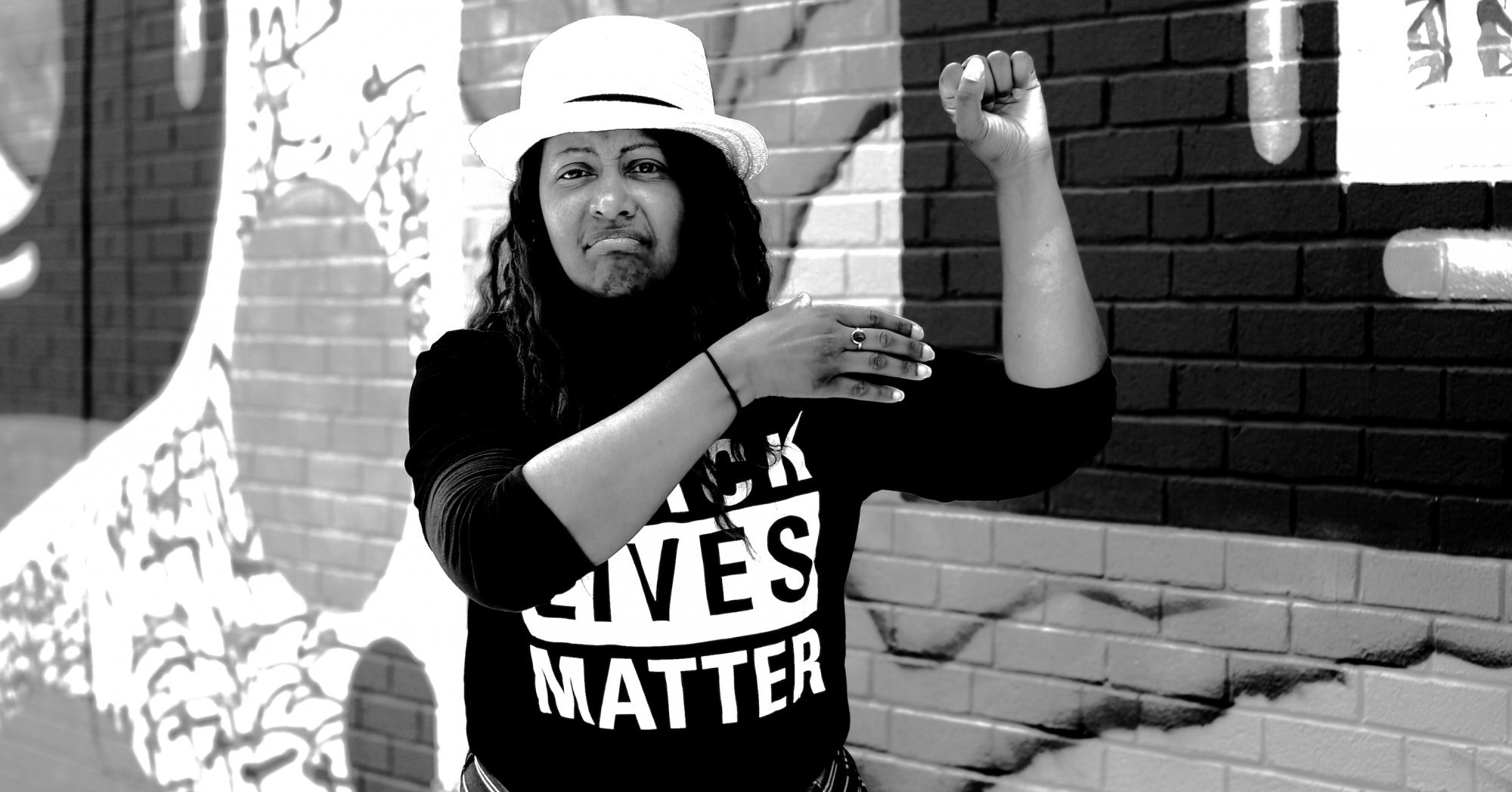 Press ReleaseTitled “Unspeakable,” this public service announcement is charged with bringing awareness to the voices of the Deaf community and their support for the Black Lives Matter movement.

Written and directed by Emmy Award-Winner Emmai Alaquiva and a team of collaborators, this video features a diverse cast comprised of members of the Pittsburgh Deaf community. They collectively proclaim, through American Sign Language (ASL), that changes need to be made when it comes to Black Lives. The PSA also includes subtitles and some additional audio, including vocals by Disney’s Emmy Award-winning songwriter Bianca “Blush” Atterberry and original music by multi-platinum composer, Stephen “Bud’da” Anderson. “I’m so grateful to be a part of such a necessary movement and time! I see so many using their voices however they can, and that is powerful!” Atterberry said. “Unspeakable” was filmed in and around Pittsburgh, Pennsylvania, including footage from several Black Lives Matter Protests.

In addition to Alaquiva, the production crew includes:

“This movement is about saving lives and it is imperative that the lives of all minorities who are disproportionately at risk are included,” said Danielle Filip.“It is my hope that ‘Unspeakable’ brings attention to the basic human right of communication access as a thread which connects us all.”

The idea for “Unspeakable” began with a conversation Alaquiva shared with his eight-year-old daughter about the current racial climate surrounding African-Americans. He began to answer her questions about BLM and George Floyd, whose death galvanized a worldwide response against police brutality. Eventually, the father-daughter pair
realized that there are many communities whose response to the matter has not been adequately assessed, especially the Deaf community.

“As fathers, we must expose our children to different environments. My daughter has been instrumental in helping me think of ways to creatively express provocative emotion through the channels of art that promote change,” Alaquiva said.

“Unspeakable” allows viewers to examine their own privilege and how that can possibly influence ableism in their own lives. For years, ableism (beliefs or practices that discriminate against people with varying physical, intellectual, or psychiatric abilities) has crept up in many movements. Deaf people in general are often overlooked and left out of movements that impact their communities.

“When we talk about Black Lives Matter, that means Black Disabled Lives Matter and Black Deaf Lives Matter. When meetings and workshops and know-your-rights trainings are being held without engaging those communities, we’re just doing the same thing and building a new system excluding a lot of intersections and forgetting a lot of intersections,” said Andrew Tolman, a sign language interpreter and founder of Fingers Crossed Interpreting, in a June interview with the Willamette Week.

Sign language has many nuances. For example, the word “black,” used for the color, can be signed with one finger pointed out in the ASL “1” handshape moving horizontally across the forehead. While, the word “Black,” used as a cultural and race identifier, is signed using four fingers pressed together in the ASL “b” handshape moving horizontally across the forehead, and out of respect is exclusively signed by Black people.

The “Unspeakable” PSA is available to broadcast on local and national television networks as well as online. All participants on the project are available to the press to cover this unique and unprecedented media effort.