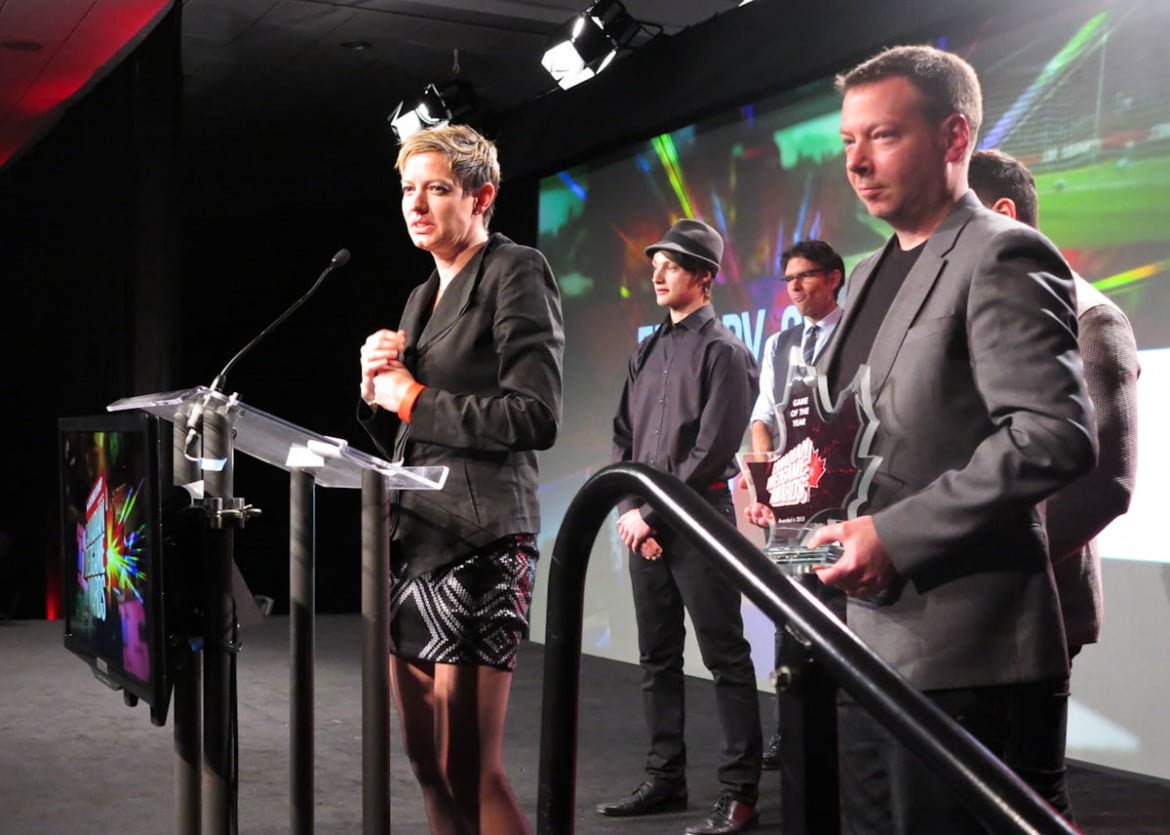 On Saturday night the red carpet was rolled out at the Vancouver Convention Centre for the fourth annual Canadian Videogame Awards (CVAs). The gala event drew some of the biggest videogame developers and publishers in the country including Ubisoft, Electronic Arts and United Front Games, but also had a strong indie presence with Klei Entertainment scoring nominations in 10 of the 15 award categories for Mark of the Ninja.

“Canadian (videogame) developers are enormous, they make some of the best games in the world,” said Victor Lucas, host and executive producer for Electric Playground and co-organizer of the event.

“I think that this is one of the biggest cultural exports that our country creates and Canadians, en masse, need to be really proud about that. We touch, interact and get in the heads of more people around the world with our games than more than any other medium we make.”

Hosting the awards was actor Elias Toufexis, best known in the videogame world as the voice of Adam Jensen in Deus Ex: Human Revolution but he has also had regular appearances in the TV series Smallville. Presenting were a few surprise appearances by Billy Campbell (The Rocketeer) and Michael Hogan (Battlestar Galactica) as well as numerous other personalities from the film and videogame industries.

If there was a clear winner for the evening, it was global games giant Ubisoft. The French studio, which has offices all around the world, with their largest development house located in Montreal, walked home with eight awards, including Game of the Year, Best Visual Arts and Best Game Design for their title Far Cry 3.

“When you develop a game for a few years and at the end when suddenly you see it all packaged and it’s well received, well there’s no better compensation for that. We’re really proud of what we’ve done.”

The CVAs also acknowledged the changing environment of videogame consumption and development by including categories that recognized independent studios. Vancouver’s Klei Entertainment proudly hoisted Best Downloadable and Best Indie Game and Soundshapes by Toronto-based Queasy Games and published by Sony, was awarded Best Game on the Go and Best Game Innovation.

“A lot of the mystery on how games have been made has started to change,” said Lucas regarding the rise of indie development. He was joined on the red carpet by his infant daughter Ruby.

“People are more in tune, they’re more aware, they’re sharing more information, there was a big indie games summit today in Vancouver as a matter of fact. The shared knowledge, the shared appreciation and the shared respect for games is kind of universal now, people can get in at every single level.”

Through a partnership with Rogers Media, the CVAs will be aired for two hours on City during prime time on April 27, all across Canada. 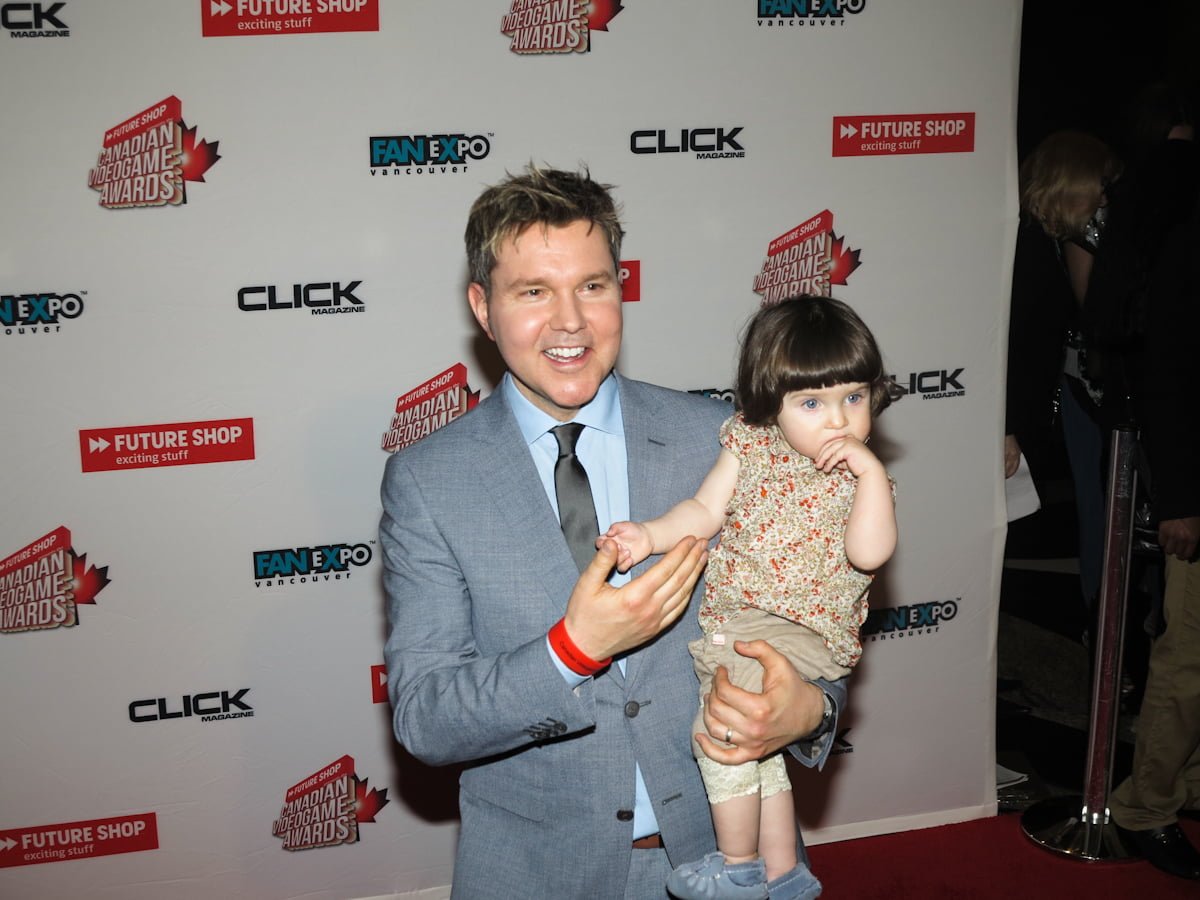 Victor Lucas and his daughter Ruby 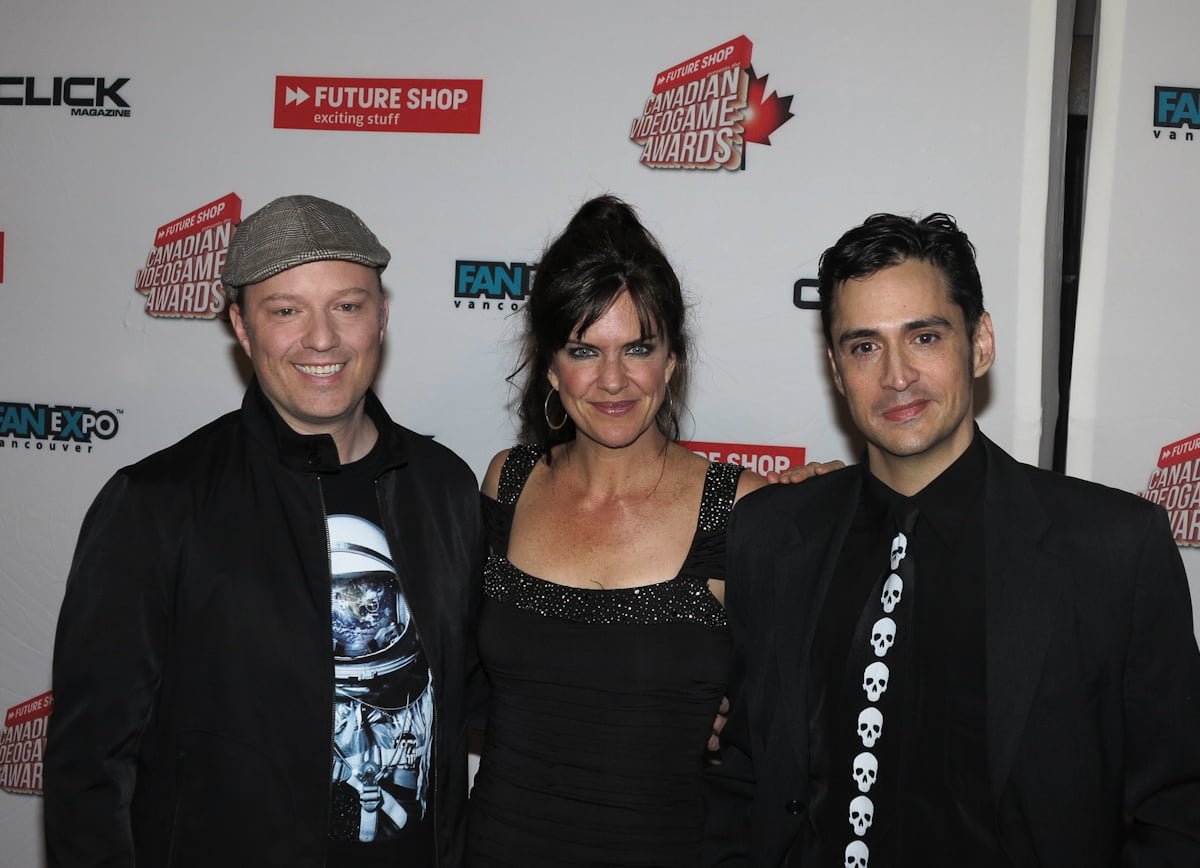 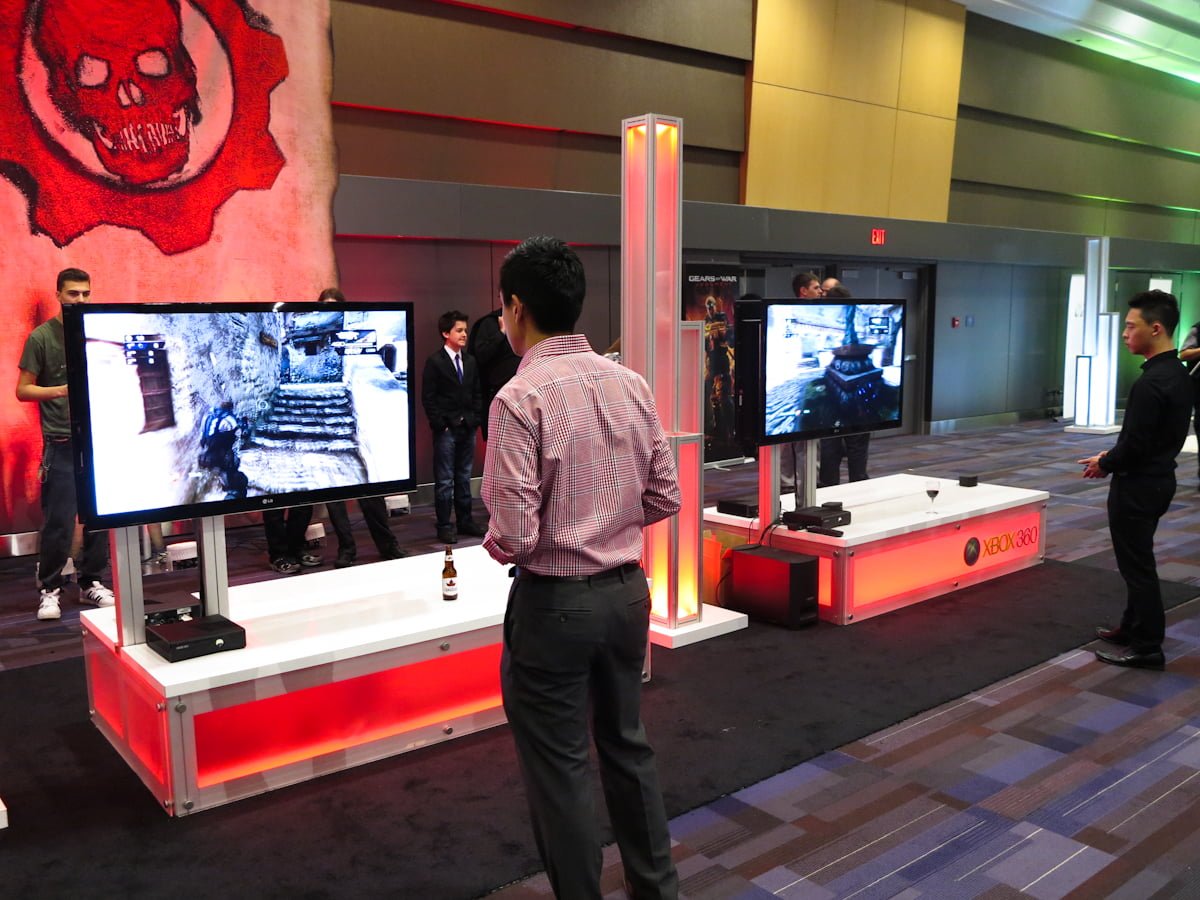 XBox consoles at the CVAs 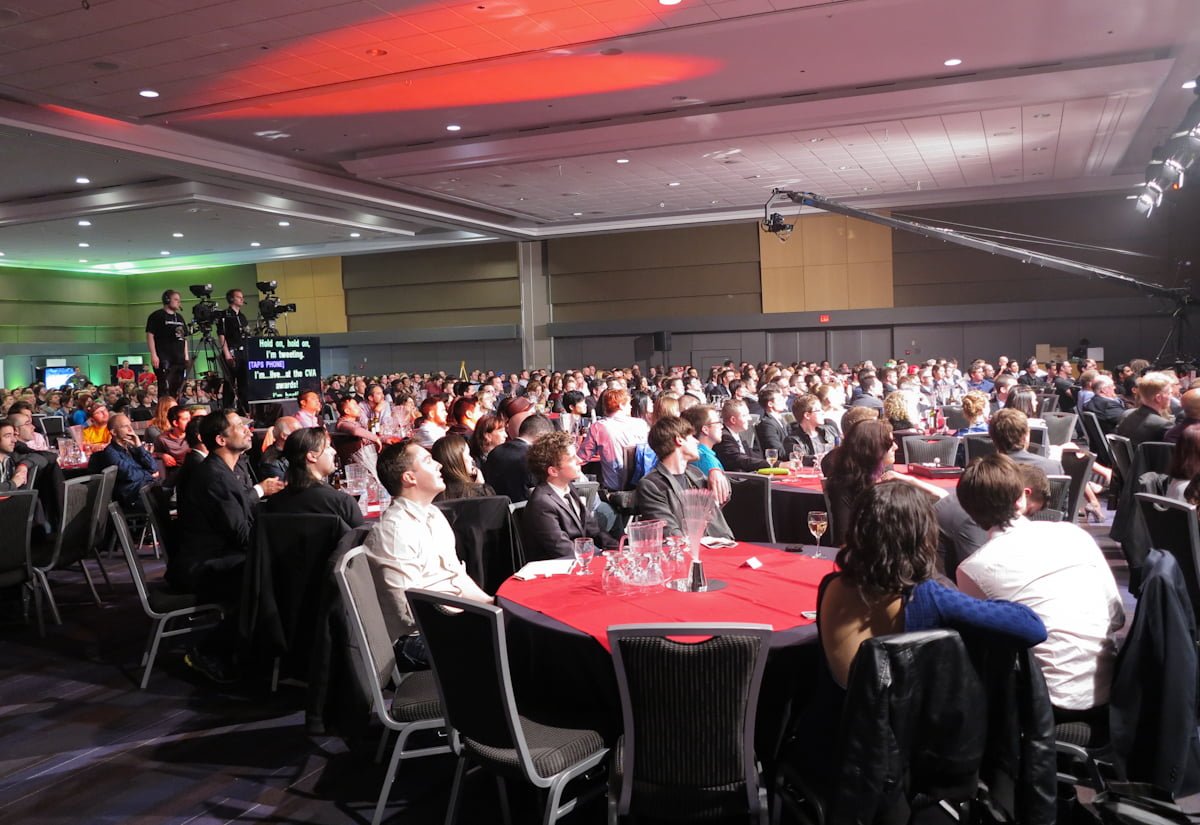 VIP seating at the CVAs 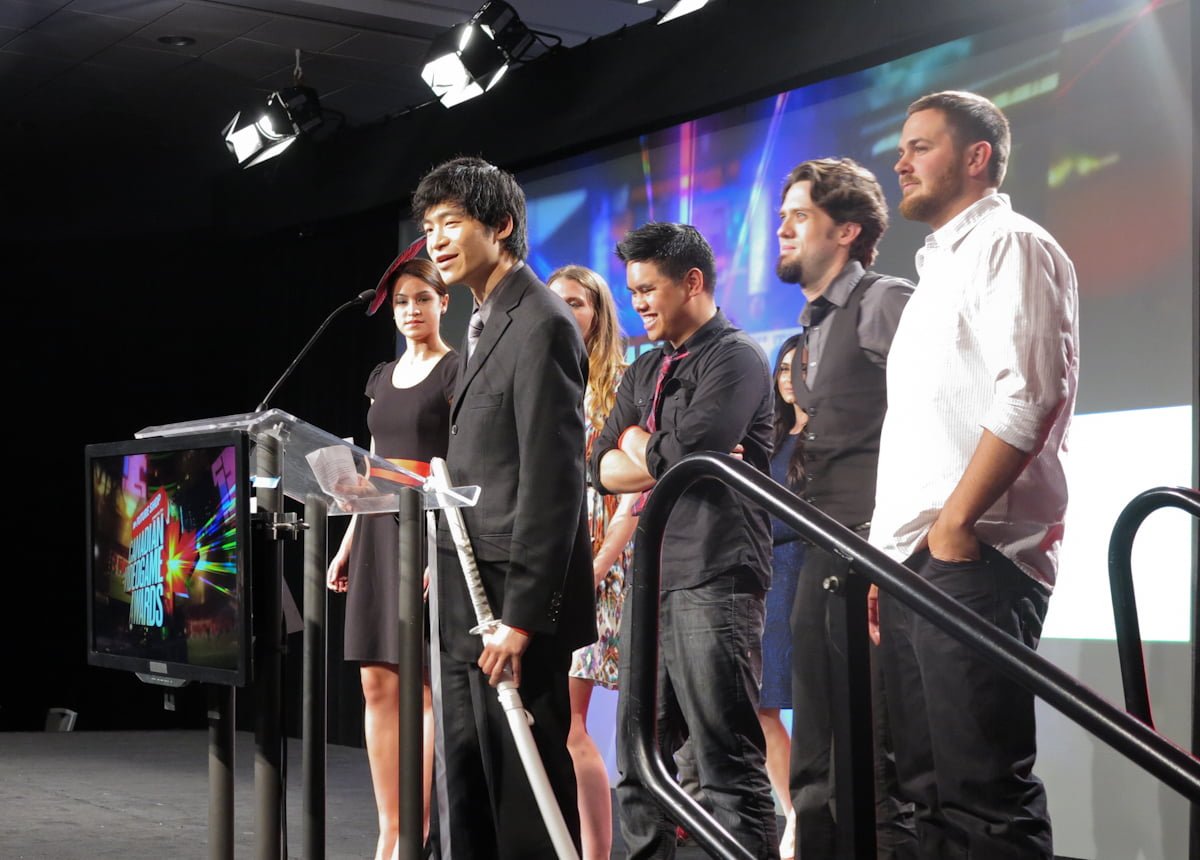 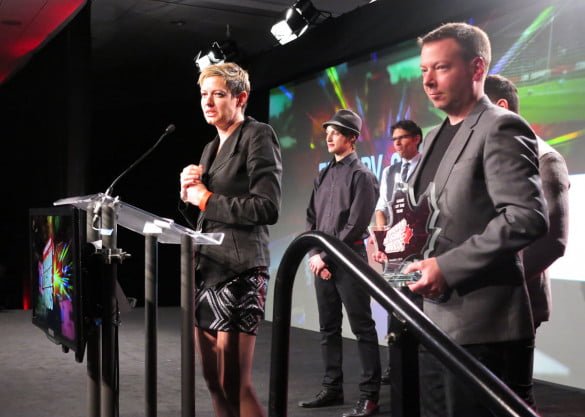 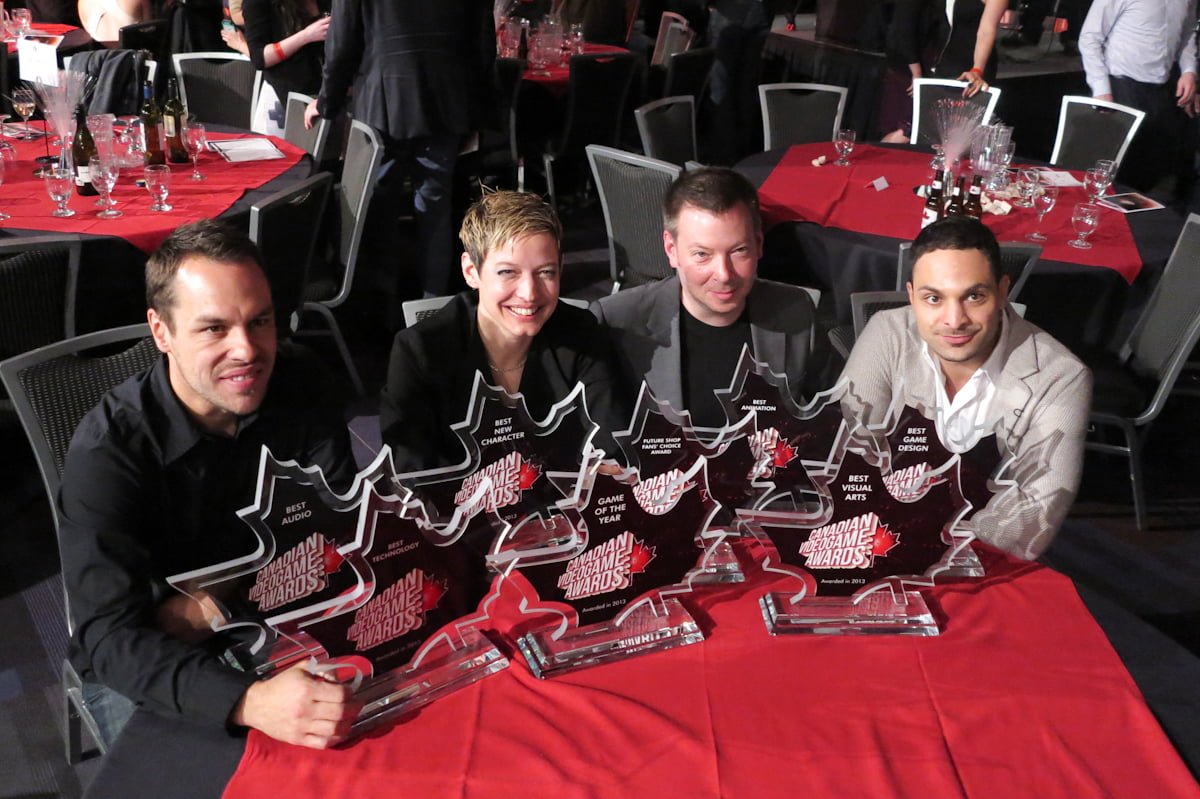 Ubisoft with eight awards at the 2013 CVAs