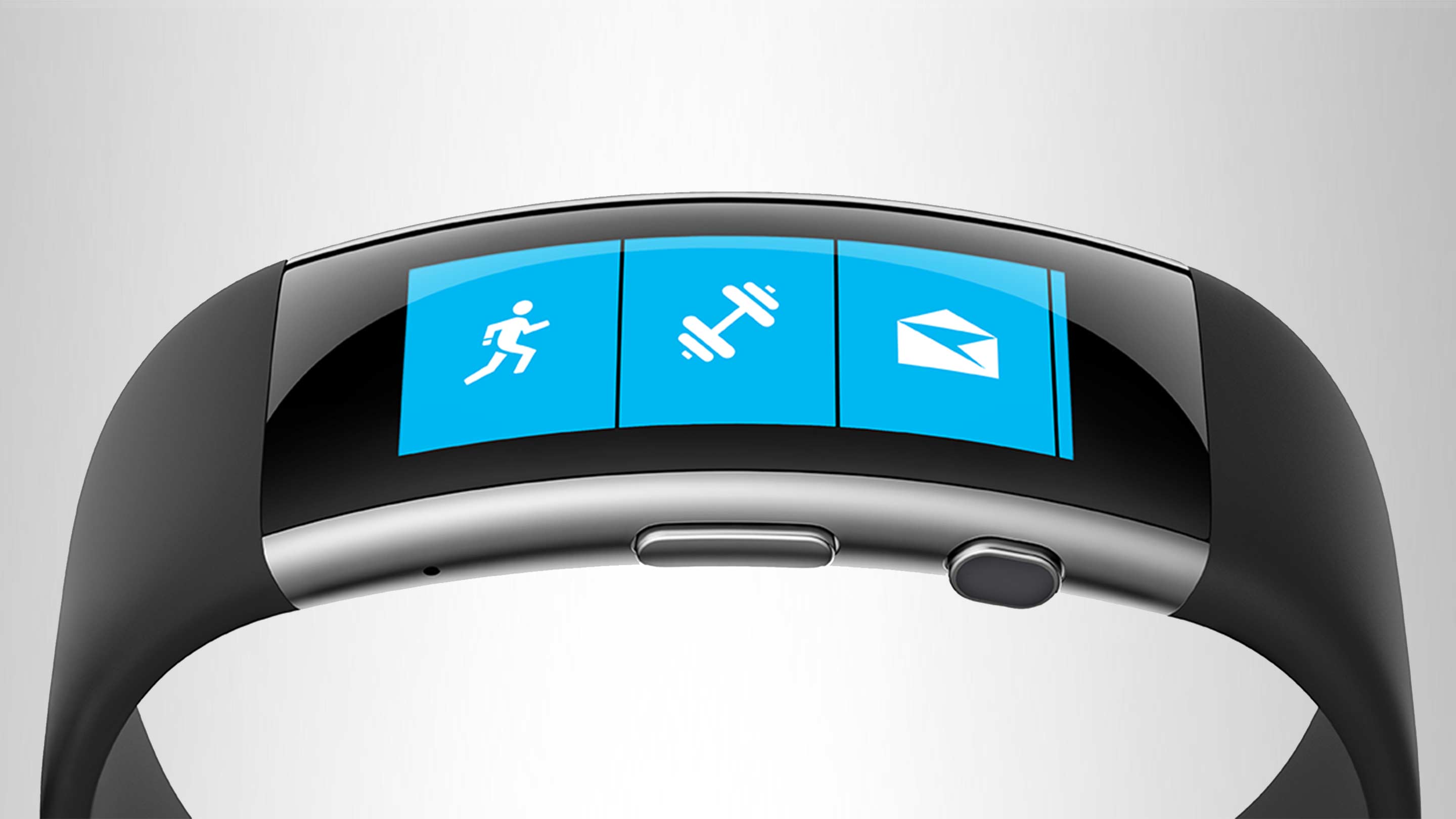 There are times when I am convinced that some of these tech companies give me their newest products to test out specifically because of my general lack of tech savvy–meaning their stated intention is, “if this idiot can figure these devices out and make the most of them, then just about any member of the general public can!”

Such is the case with the magnificent Microsoft Band 2, which can be called a runner’s watch, a GPS device for runners, or simply an overall amazingly versatile wearable tool for the health conscious. Being that I am a serious daily runner and have competed in a few marathons, I am familiar with several different incarnations of these devices and have used several of them before–including Fitbit, Garmin, Suunto–and I can state without hesitation that this new Microsoft Band 2 is the best of these devices I have ever strapped on.

It was suggested to me that the best way to see what the Microsoft Band 2 could do was a practical application kind of demonstration–meaning to strap one on with a real professional fitness trainer, who also wore one, and allow him to put me and it through the paces.

The trainer in question was the renowned Toronto and Los Angeles based trainer Brent Bishop and we met up at a downtown smoothie bar on a mild November afternoon to go so a solid run and workout through the streets of downtown Toronto.

Besides being a genuinely nice guy, Bishop is one of the best personal trainers you could ask for in that he can almost instantly gauge your level of fitness and take you up to that quickly, then push you beyond it in a way that is not just beneficial but enjoyable. Throughout our run and workout we would stop every now and then to consult the Band 2 for various read outs on everything from distance to pace to heart rate to calories burned, to even the UV index and our elevation. This device is not for just the hardcore running and fitness buffs, this is for all those who have health related goals (the Band 2 has programmes geared to weight lifters, golfers, hikers) and the device is easy to wear and to use.

The Band 2 is a touchscreen device, and it is a very sleek piece to wear, with no edges, and the display type is curved AMOLED. The battery fully charges in an hour and a half and lasts about two days. The Band 2 is not waterproof though, so be forewarned–it is water resistant, but not meant to be submerged in water for any length of time or worn in the shower. The screen is Gorilla glass so it is strong and durable.

And when you are not using the Band 2 to track your various fitness regiments (you can design your own fitness programmes into this device, and it will remind and prompt you while working out like a little wearable drill instructor) the Band 2 functions as a digital readout watch, which can be set to illuminate only when you raise and turn your wrist to preserve battery life.

Here are the myriad sensors and features built in to the Microsoft Band 2:

Features gauging diet and sleep cycles are also part of this device and while I am not going to use half of what the Band 2 is capable of, I will certainly use more applications than I would have imagined and more than I have ever previously used simply because the device does so much more than any before. To harken back to my original assertion that my lack of techy-ness might make such a wide-ranging device somewhat intimidating–I can confidently state here that the Microsoft Band 2 is so user friendly that not only did I find it easy to operate and very comfortable to wear, it is also a lot of fun to us. Because I absolutely hate carrying anything like a phone in my hands while running one of my favourite aspects of the Microsoft Band 2 being able to sync it to my smartphone so it will alert me to emails and texts coming in so I can read them with a turn of the wrist.

Since I got the Microsoft Band 2 I have only taken it off to recharge the batteries–being health and fitness conscious, this device has instantly become a part of my daily life and I consult it numerous times throughout the day so I can most enthusiastically recommend this device for runners and all others who are health and fitness aware.

Special thanks to Brent Bishop for the workout, the inspiration and the instruction–not only did he push me beyond my normal limits, but his tutorial on the fly on the functions of the Band 2 made me feel all the more accomplished about it when I slid my finger over the screen and read the various statistics of what we had just done. 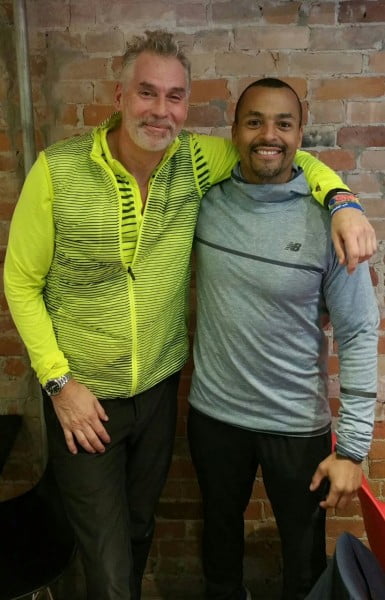