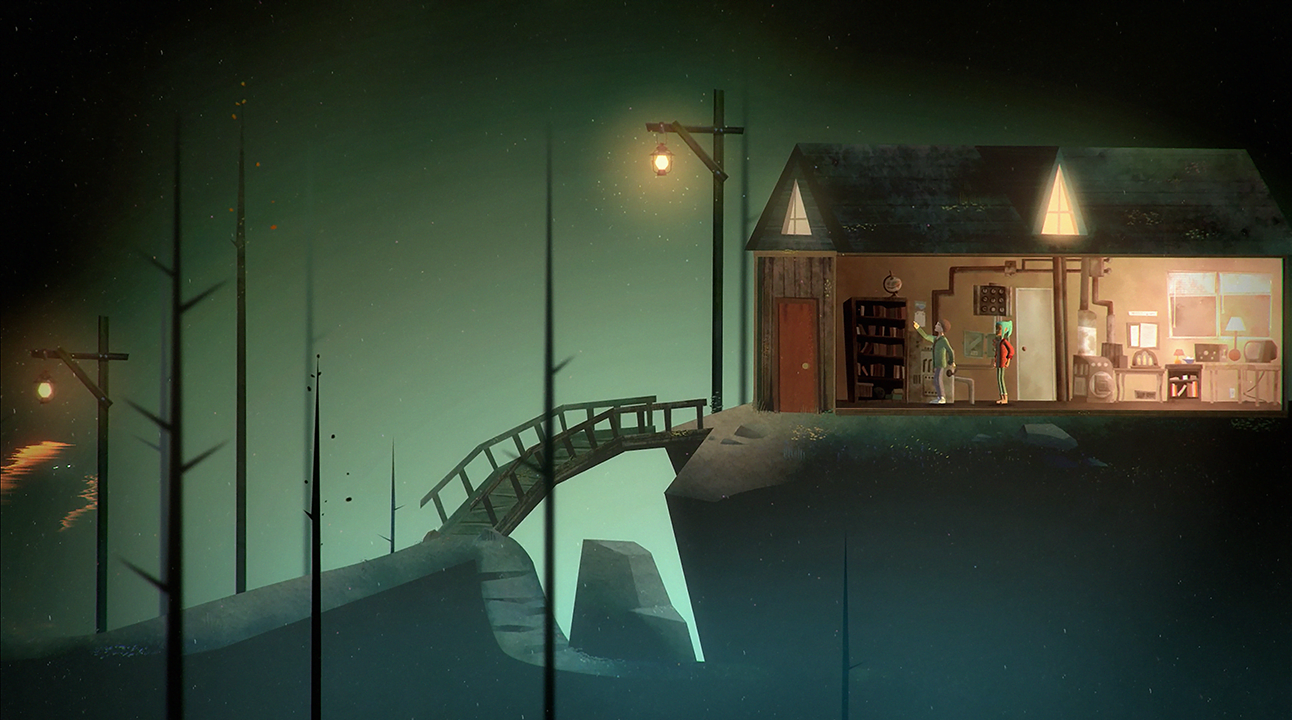 Games are an excellent medium to instill many emotions. You feel powerful, as you conquer hordes of enemies, or terror when that monster leaps at your throat. Triumph in clearing that last level; frustration because you can’t quite clear the next one. What Oxenfree, the downloadable, narrative-driven game from Night School Studio, filled me with, was dread.

The game starts pleasantly enough, with teenage girl Alex headed to what should be a big party on Edwards Island. She’s joined by her best friend, Ren, and her new stepbrother Jonas. The party turns out to be just two others, Nona and her friend Clarissa. Ren has a crush on Nona, Clarissa hates you, for some reason, and Jonas is new to everybody and is just trying not to upset the dynamic any further. While I’ve never actually been a teenage girl, I felt that the characters were sincere, their dialogue and interactions authentic. I liked Alex right away, and Ren was funny. I sympathised with Jonas, who was trying just a little too hard to fit in.

Helping invest you in the game is the active conversation system. You, as Alex, participate in the conversations, choosing your responses, or opting not to say anything at all. A nice touch is that you can also interrupt someone else mid-sentence. Your friends react to all of this accordingly, as opposed to the game simply cutting ahead to the next line of dialogue.

It isn’t long before you and Jonas wander into the caves, to investigate a mysterious light. Beyond choosing your dialogue, your other form of interaction with the world is a simple pocket radio you can tune in to different frequencies, and doing so in the right spot at the wrong time brings out the ghosts. They speak in a broken, static-ridden manner that made me uneasy, and the screen becomes distorted like a VHS that had been rewound one too many times.

Oxenfree‘s ghosts are terrifying. There isn’t an abundance of jump scares, no monsters jumping out of the closets. Just that overwhelming sense of dread. My stomach was in knots throughout. I was honestly, physically uncomfortable whenever Edwards Island’s poltergeists pushed through to converse with me. It’s that feeling you sometimes get when you call home, and nobody answers, but they know you’re calling so something must be wrong. I was legitimately concerned about nightmares. 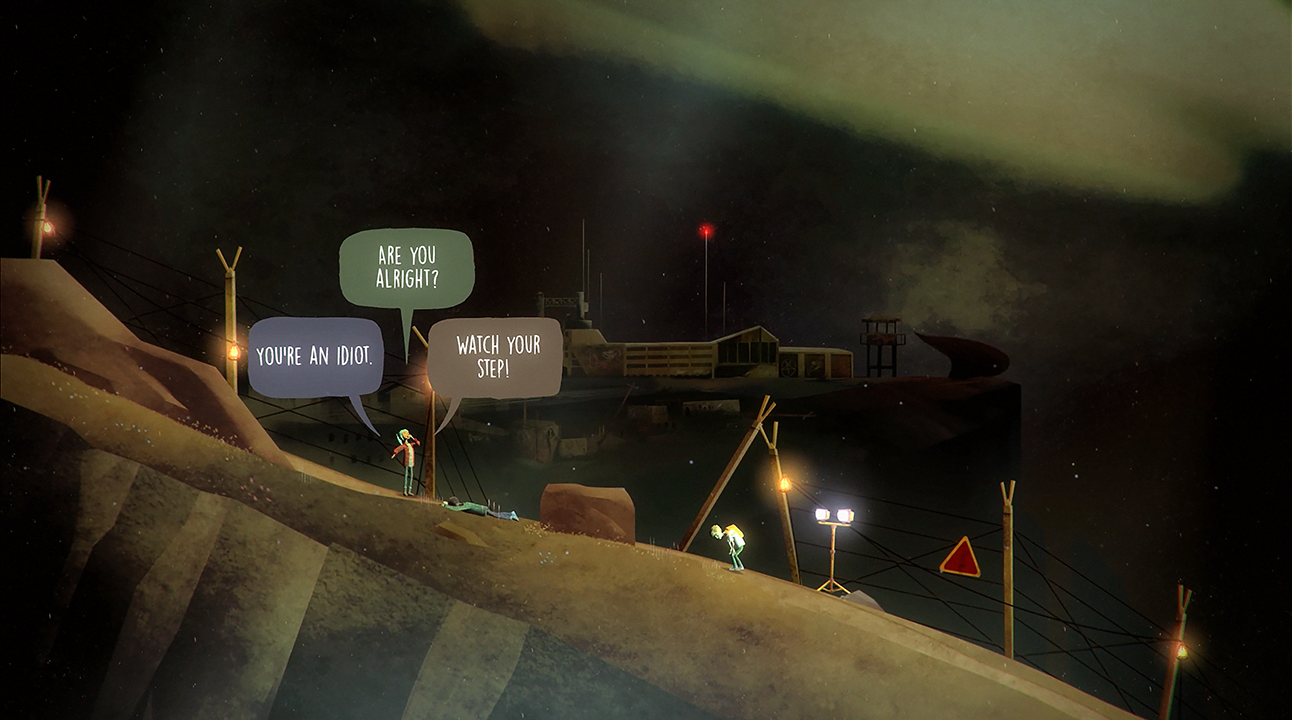 They throw your group into disarray, and it becomes your job to reunite with your friends, find a way off the island, and if you can, uncover the supernatural cause of the haunting. That gameplay makes up the core of Oxenfree: wander around, tune your radio in to the correct frequencies to solve light puzzles, and talk to your friends. The ghosts interfere, tasking you with little challenges, occasionally even sending you back in time, making this the third time in a row I’ve written about time-travelling teenage girls.

I often find games will pad out their story to give you another level or two, leading me to feel “done” with a game before it is actually over. I never once felt that sense of, “Are we there yet?” with Oxenfree. Things are always moving forward: the situation you find yourself in shifts, or characters deepen and develop. Progress is always being made. Because of this, Oxenfree is designed, I feel, to be played through to the end in just a few sittings.The game is only a few hours long, but I enjoyed it more than some of this year’s Oscar- winning movies, and I was eager to do it a second time.

In fact, I played through it twice in a weekend. One of these sessions I subjected my friend to the experience, straight through the end without stopping. If you can manage it, I recommend this approach. I hid as much of myself under a blanket as I could manage, while she soldiered on. She had that same feeling though, the one you get when you’ve dropped your phone face down, and you haven’t flipped it over to see if it’s cracked yet. On my second go-around, I still felt that dread-induced nausea.

There’s a lot to love here. Oxenfree has storybook visuals that make the whole thing look like a children’s book. The score is a gorgeous synth soundtrack that bends itself along with the game’s twisting narrative. The performances from the cast are better than I’ve heard in most games, and the only time I voiced dissatisfaction at any point, is that Alex doesn’t run unless she’s in a segment she’s supposed to. Given how much dialogue and story can depend upon timing, I can’t really hold it against the developers to make what was probably the right decision.

Give Oxenfree the same chance you would a friend-recommended TV show–play it for 44 minutes, and see if it doesn’t grab hold of you until the credits roll. 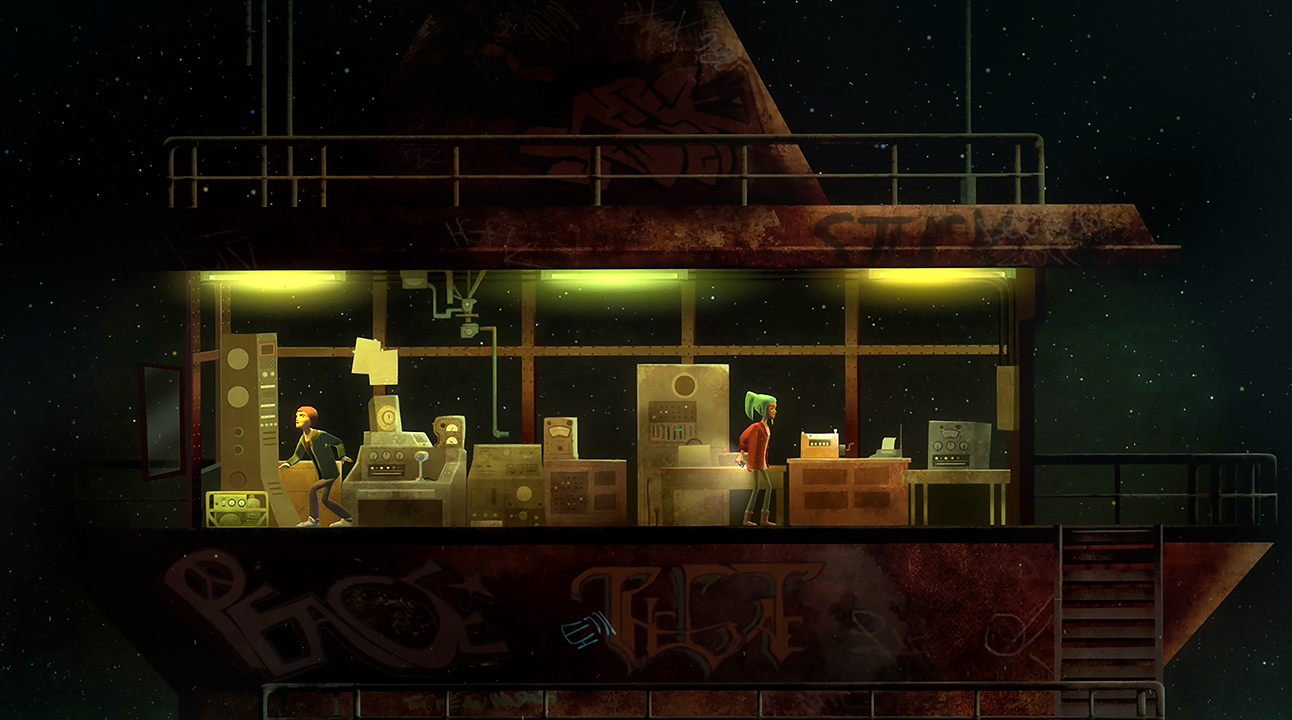