‘Bachelor Canada’ episode two recap: the race is on 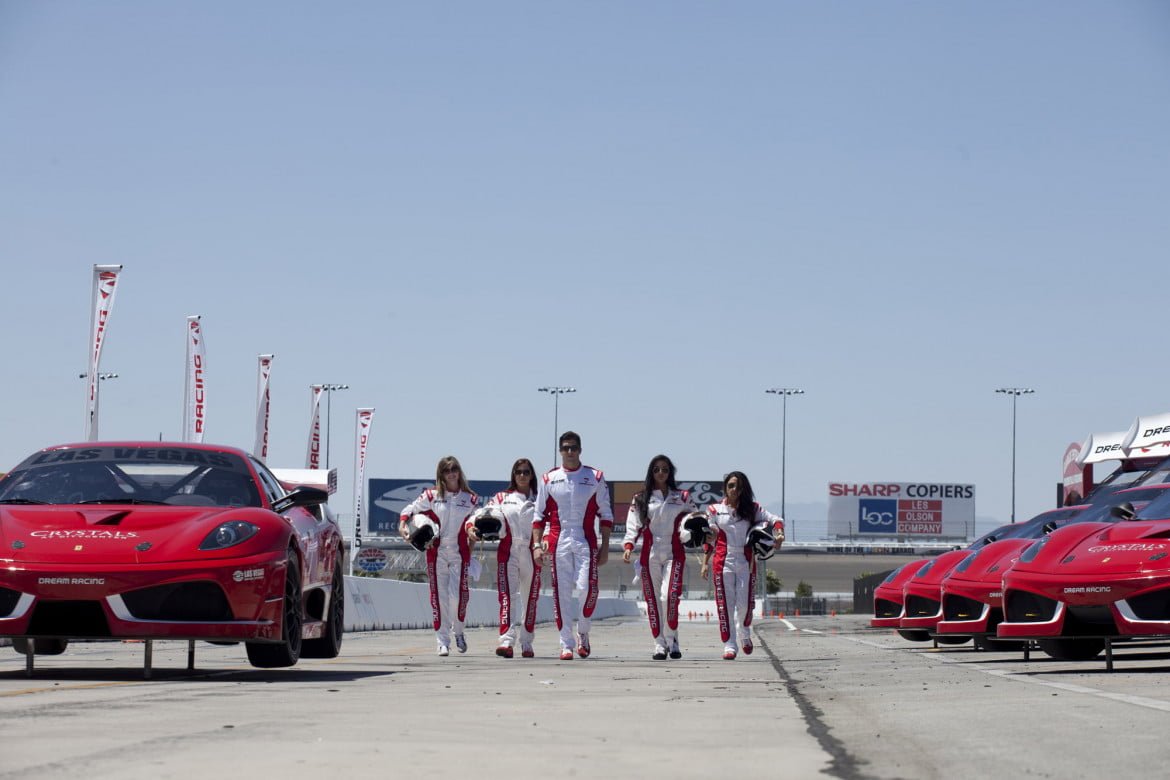 This week on The Bachelor Canada, Bachelor Brad Smith’s remaining sixteen suitors move into the mansion, a multilevel sorority house from hell with single beds. Everything is all high fives and giggles as the girls enthusiastically pick through their gift baskets full of drug store essentials from the show’s sponsors–hey someone’s gotta pay for this, right?

But the free-stuff fun doesn’t last for long as Gabrielle refines her now-signature stink eye and accuses Whitney of ulterior motives and being competitive. Which is of course ridiculous because Whitney has mentioned numerous times that she doesn’t even have any real competition.

Tyler arrives with the cryptic first date card that reveals they’re off the The Big Easy and instructs the girls to shave their legs. Despite the fact that this is probably how a serial killer might instruct a woman to prepare for a date, the girls seem giddy with excitement and run en-masse to the bathroom to shave their legs (and each other’s?) to facilitate more product placement opportunities.

None of the ladies seem to be able to understand where the Big Easy mystery date will be taking place. Britany seems to think it might be “a mountain or something” while Bianka gets pity points for her guess that they must be off to a mountain in Hawaii (I you’re thinking of the “Big Island”, sweetheart).

After the three-minute razor commercial and an actual commercial break, the girls head outside to meet Brad who is practicing his casual leaning for his future job as a Sears catalog model. He reveals to the ladies that the Big Easy is actually New Orleans which is something the rest of us figured out about seven minutes ago. 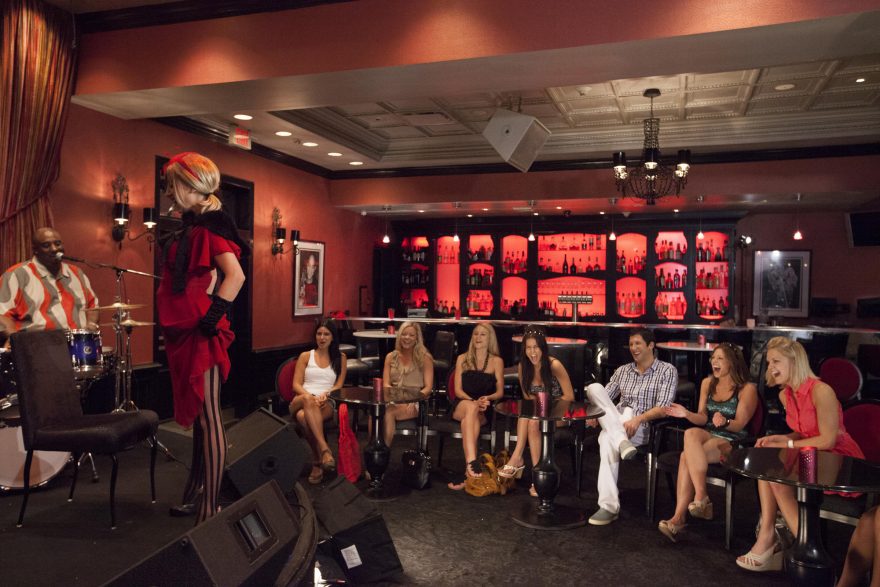 Once they arrive, the eight Bachelorettes learn they’ll be enjoying every girl’s dream first date activity–burlesque lessons. The rationale behind this strange date activity is that Brad likes a girl who can “go with the flow” in any situation. He also probably likes a girl who looks good in lingerie so this’ll put them to the test right off the bat.

Saccharin sweet pastor Chantelle is obviously not comfortable with this buuuuut manages to forget all about those kids watching back home once she squeezes herself into a corset.

Brad takes a seat in the most brightly lit bar of all time and gets ready to see them come out of their clothes-shells.

One by one, the girls take the stage to give their cringe-worthy burlesque performances that induce laughter from Brad and force me to go get another glass of wine.

Self-proclaimed “half-naked gypsy” Laura F. is a bit too enthusiastic with her feathers and Playboy model/mom Melissa Marie shows us why she should stick to print work with her stilted burlesque moves.

And what does the perfect gentleman do after making the ladies dance for him? He takes them out for a romantic night out in a new and exciting city! Nope, just kidding. He invites them up to his room for a hotel party.

Far away from the exciting New Orleans nightlife, Brad and Chantelle have a heart-to-heart on the hotel balcony. He tells her he can totally forgive her conservative religious views because she’s super cute and probably one-quarter chipmunk. In fact, he’s so enamored with her cuteness he offers her a rose to ensure her safety at the next rose ceremony.

Melissa Marie, overcome with guilt about missing her daughter, drags Brad into the hallway for a confrontational, “where is this relationship going” discussion. An ideal discussion for a first date! 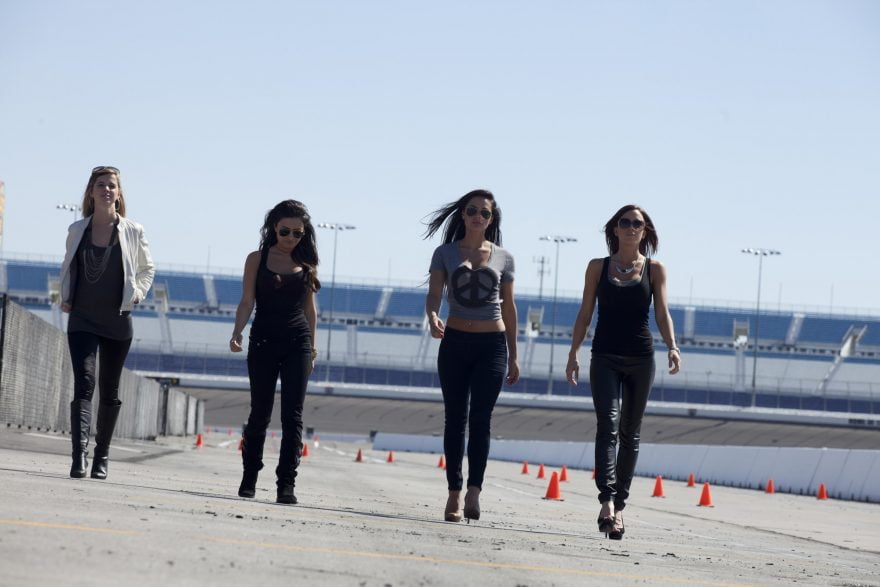 After that mood-killing moment the party comes to a close and we learn that the next stop on Brad’s romance tour of the United States will see him and four ladies racing cars in Las Vegas. Because the producers are taking care of our thirst for drama, Whitney and Gabrielle are of course going to be two of the four women on this intimate group date.

The girls are quite literally off to the races as they drive laps to compete for private time with Brad. Whitney, true to form, refuses to lose and wins the race by 1/10th of a second. The rest of the girls suck back champagne through their scowls and Brad and Whitney are off on their romantic night together.

The two helicopter off together, Whitney clad in a skin tight lime green dress befitting of Kermit the Frog’s mistress. We don’t really see much of the date, just a few gratuitous shots of fountains, Las Vegas lights, and Brad and Whitney making out.

Back at the mansion, the show’s most unlikely BFFs Chantelle and Melissa Marie bond when Chantelle reveals that she’s a virgin (this does not bode well for her making it past episode three). The final date card arrives and we learn that cocktail waitress Laura B. from Ottawa has been chosen for the coveted one-on-one date.

After presenting her with a Roberto Cavalli dress and a sparkly necklace (cue requisite cheesy Richard Gere move from Pretty Woman), Brad whisks Laura B off on an elegant fairy tale date in Victoria. Because this is the Canadian edition of The Bachelor, Laura is forced to eat her romantic outdoor dinner while wearing Brad’s suit jacket.

However, the chilly B.C. weather can’t put a damper on their chemistry and after a bit of tie fondling, Laura B. snags the date rose and the couple finally head indoors to enjoy some more CanCon from Juno-nominated Canadian chanteuse (put down your dictionary, that’s just Brad’s fancy word for ‘singer’) Jill Barber.

The next day, Brad’s at it again bright and early to surprise last week’s pity-rose recipient Ana with a 5:30AM wake up call. The two climb aboard a sea plane and take off to Tofino. Ana’s very excited but not quite sure what Tofino is–do none of these ladies own a map?

Ana and Brad take a typical long walk on the beach before arriving at the world’s largest Hudson Bay Blanket for a private beach breakfast–with beer!

Before we know, it’s time to head back to the mansion for the pre-rose ceremony cocktail party.

Melissa Marie spends the night knocking back champagne and stalking Brad until she finally corners him and reveals that she has a daughter and predictably scares him off with her intensity.

Laura B. realizes her fairy tale date is well and truly over when she spies Brad and Whitney canoodling fireside. In true Bachelor fashion, she retreats to the bathroom for a good cry and wonders whether she’s too insecure to date a serial dater.

Brad manages to pry himself away from Whitney’s mouth and tracks down Laura B. to console her, but he worries about her potential drama in the future.

At the rose ceremony, Brad hands out the long stemmed roses to ten women, sending home four women including too-many-feathers Laura F. and Melissa Marie. Eternal romantic Michelle V. wonders if she’ll ever find love but earns our respect by wisely removing her strappy sandals before taking the stroll down loser lane. 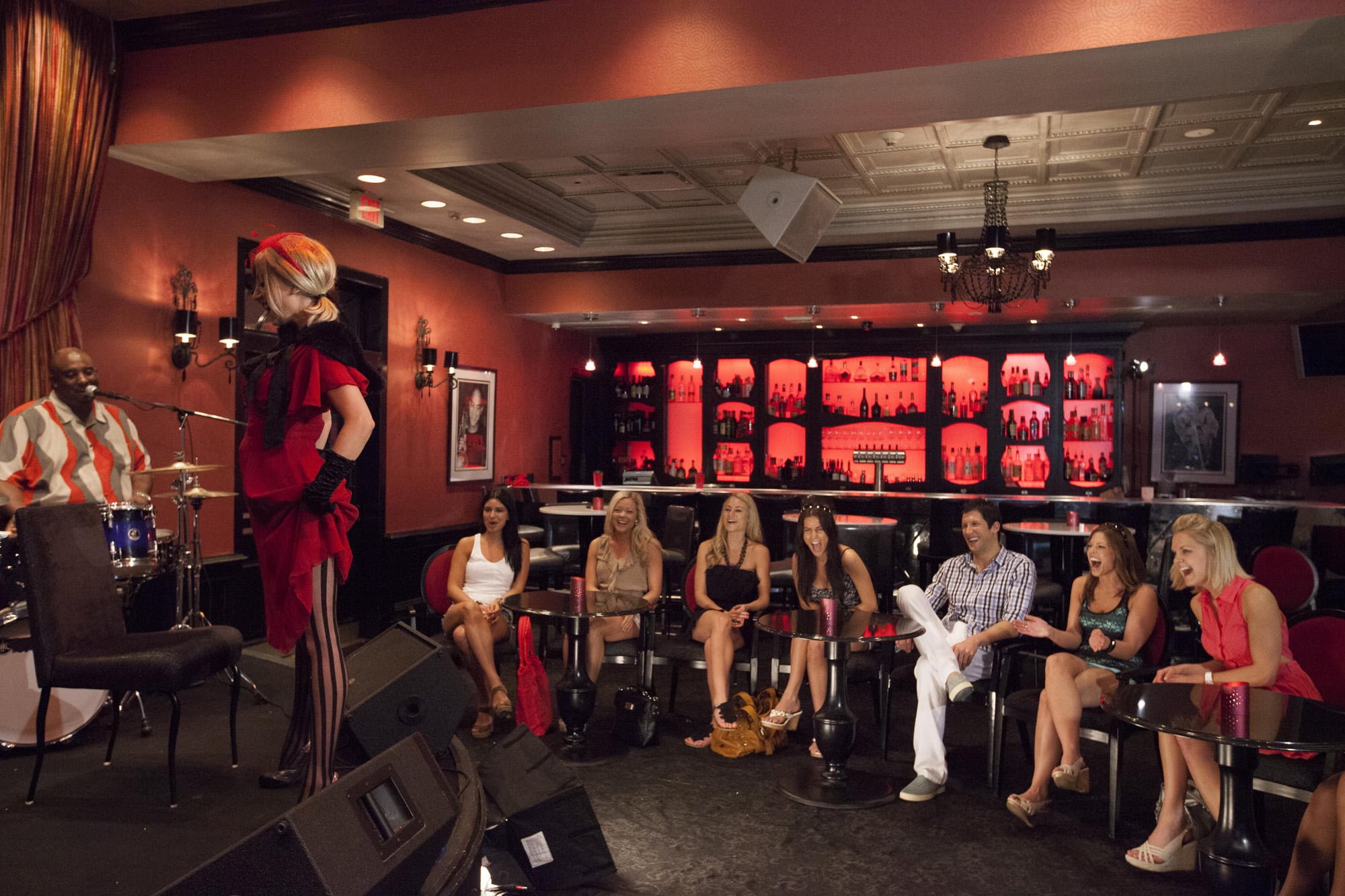 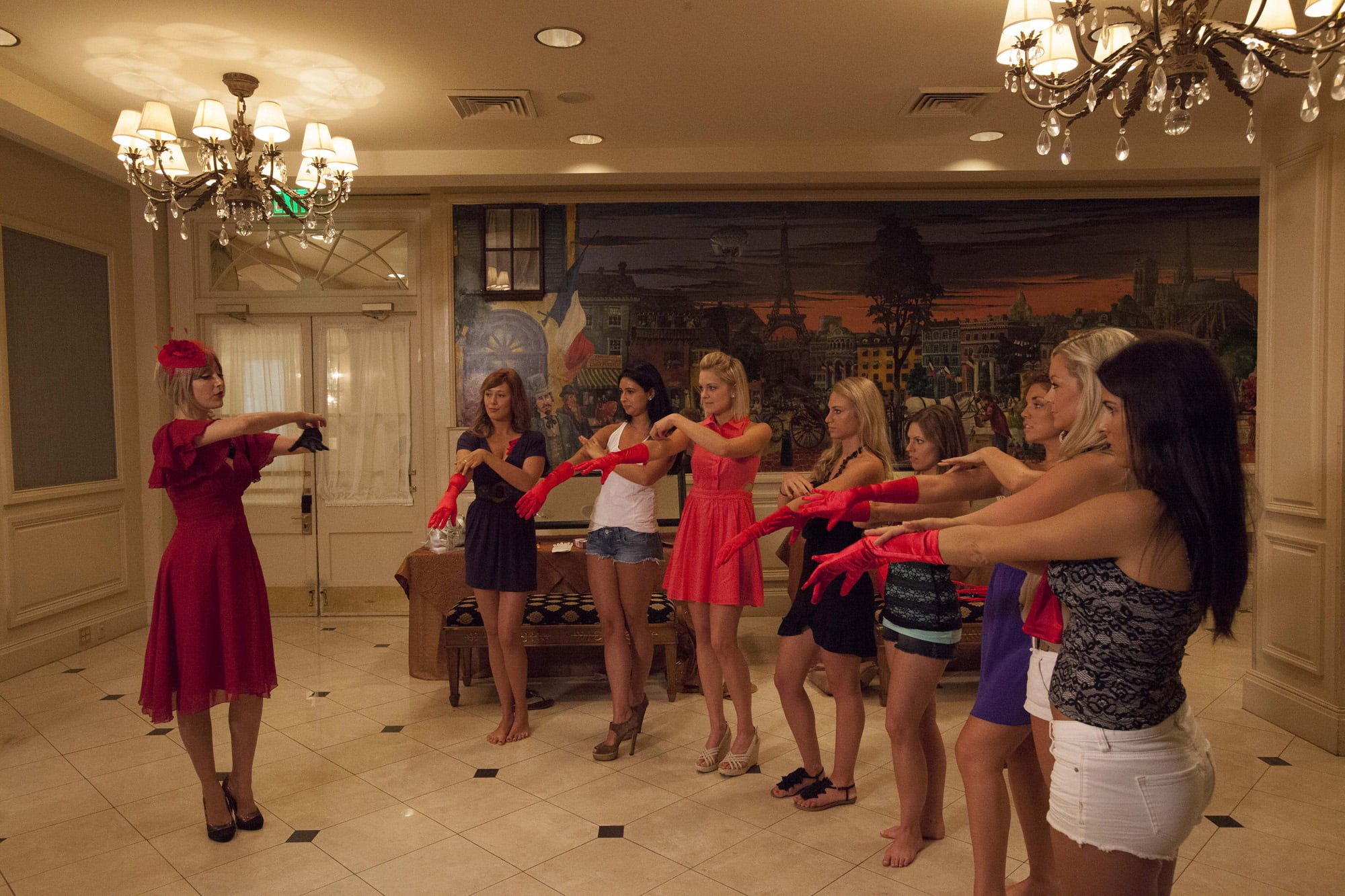 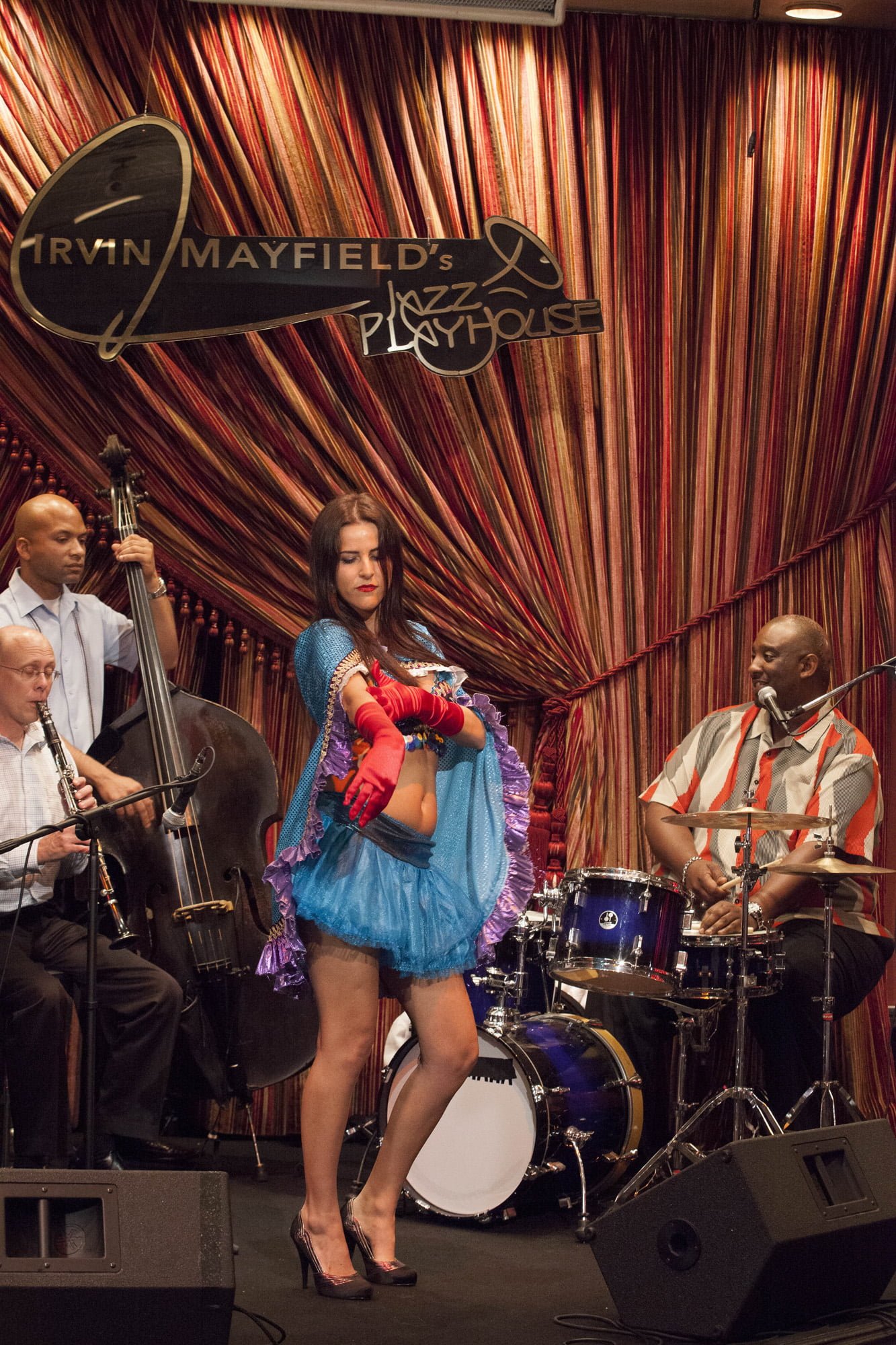 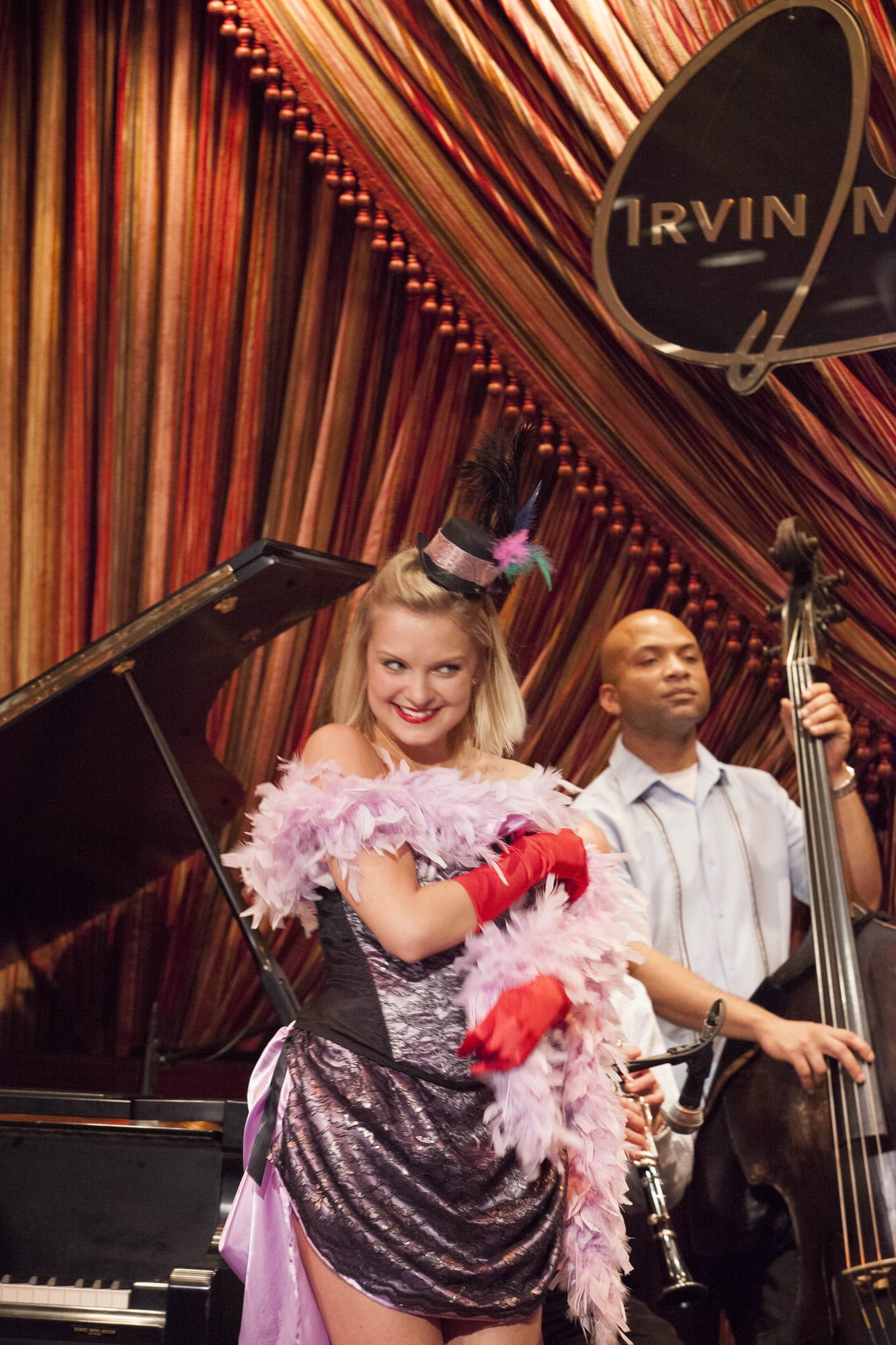 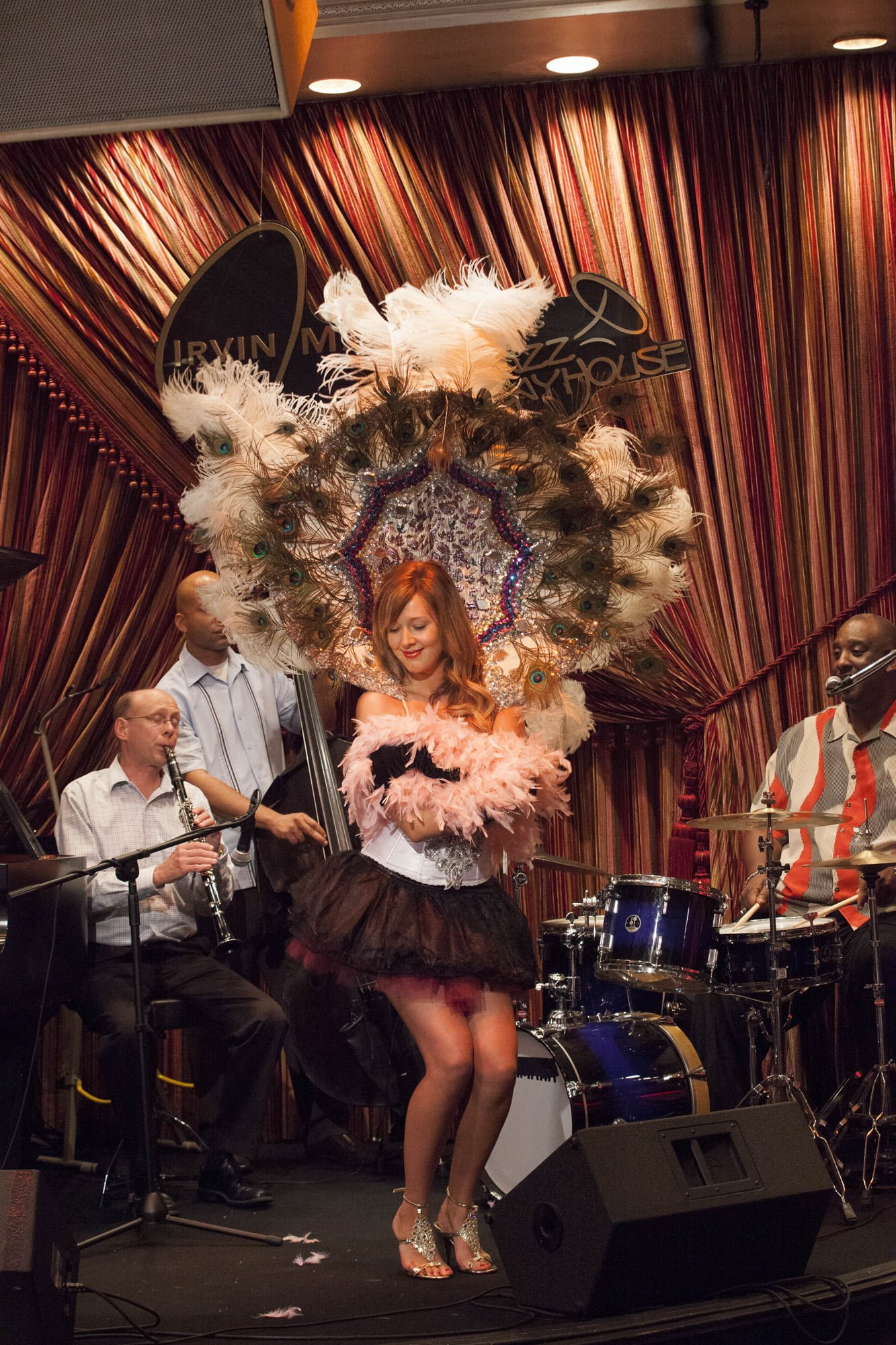 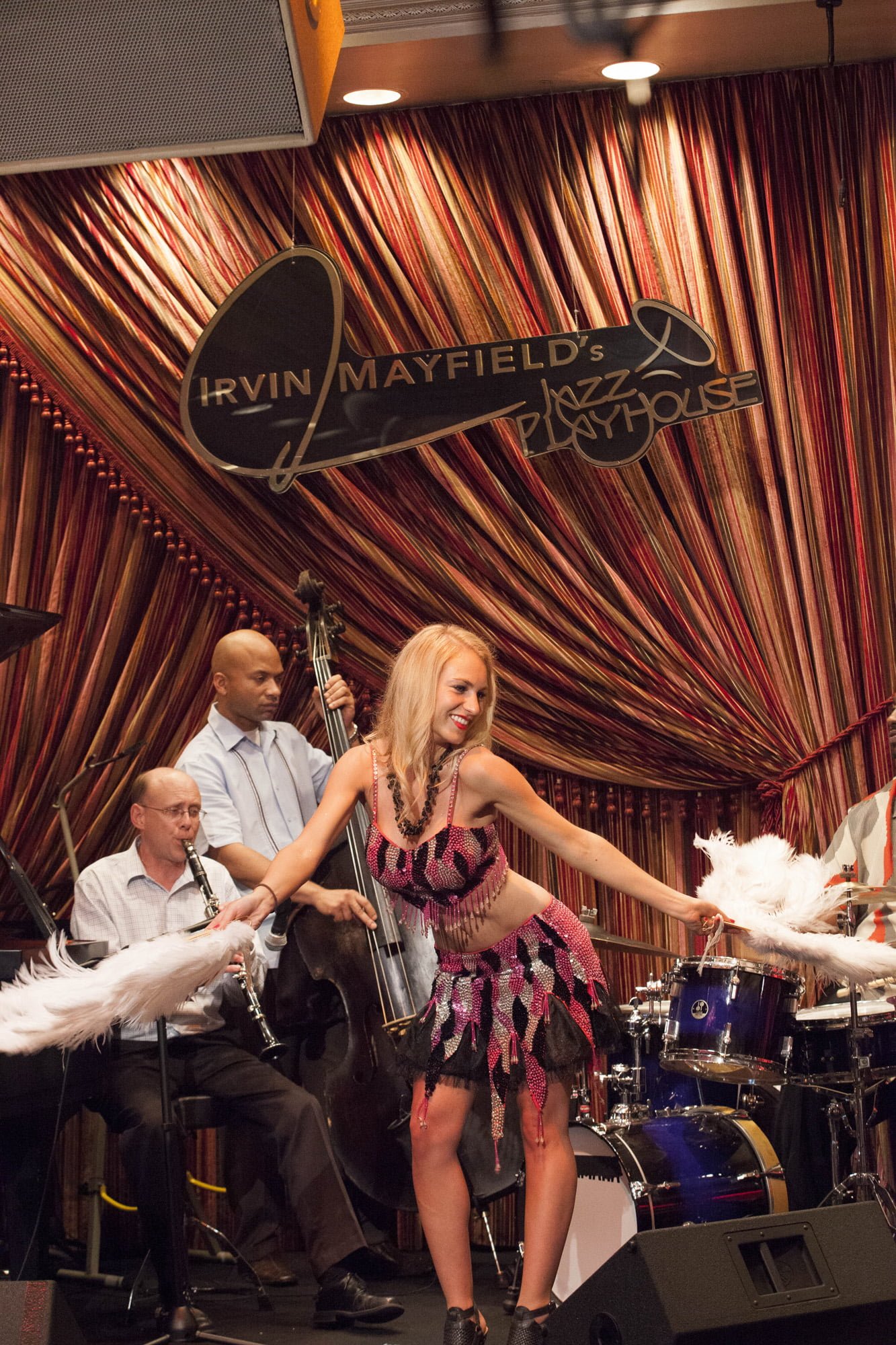 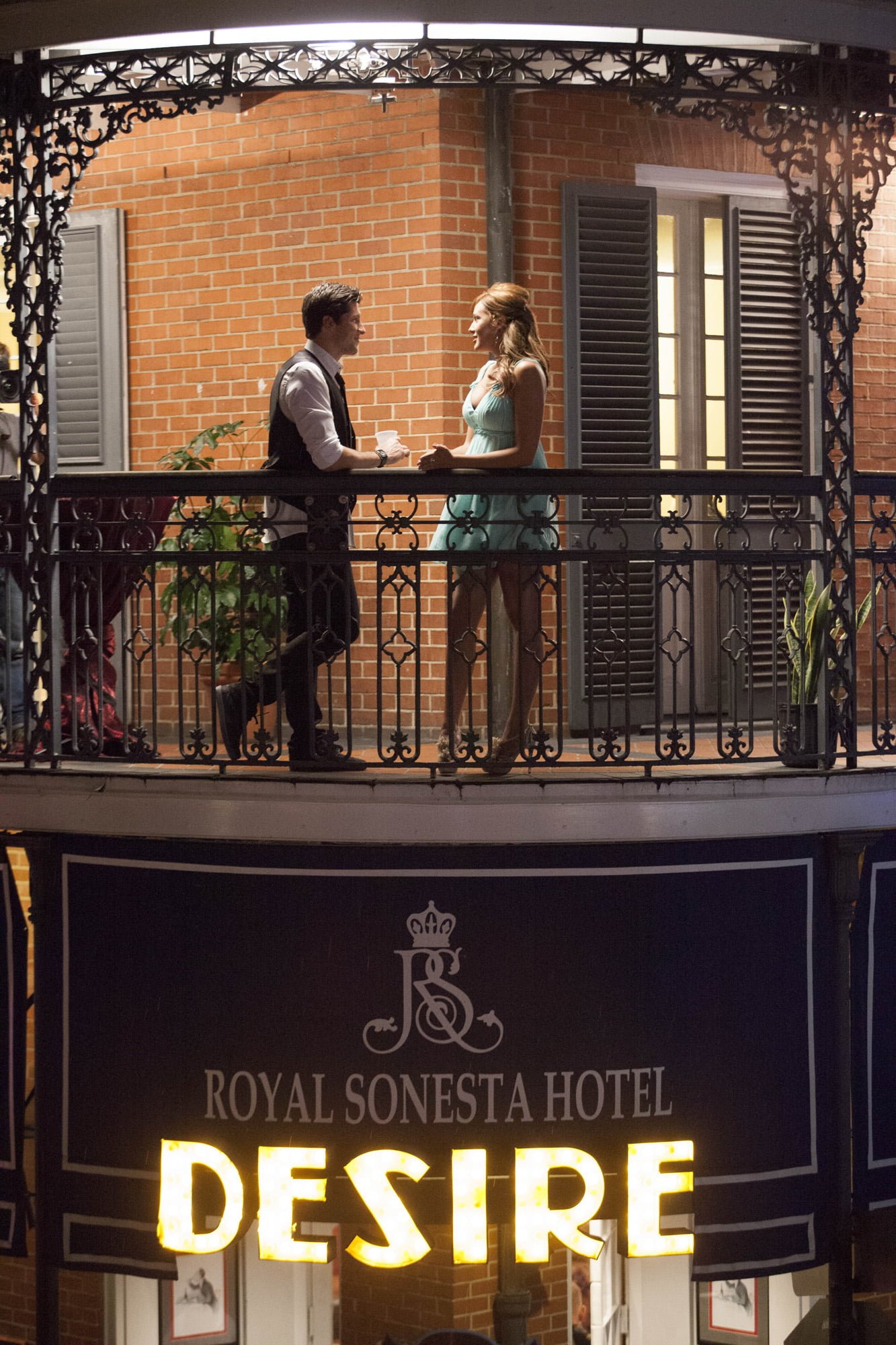 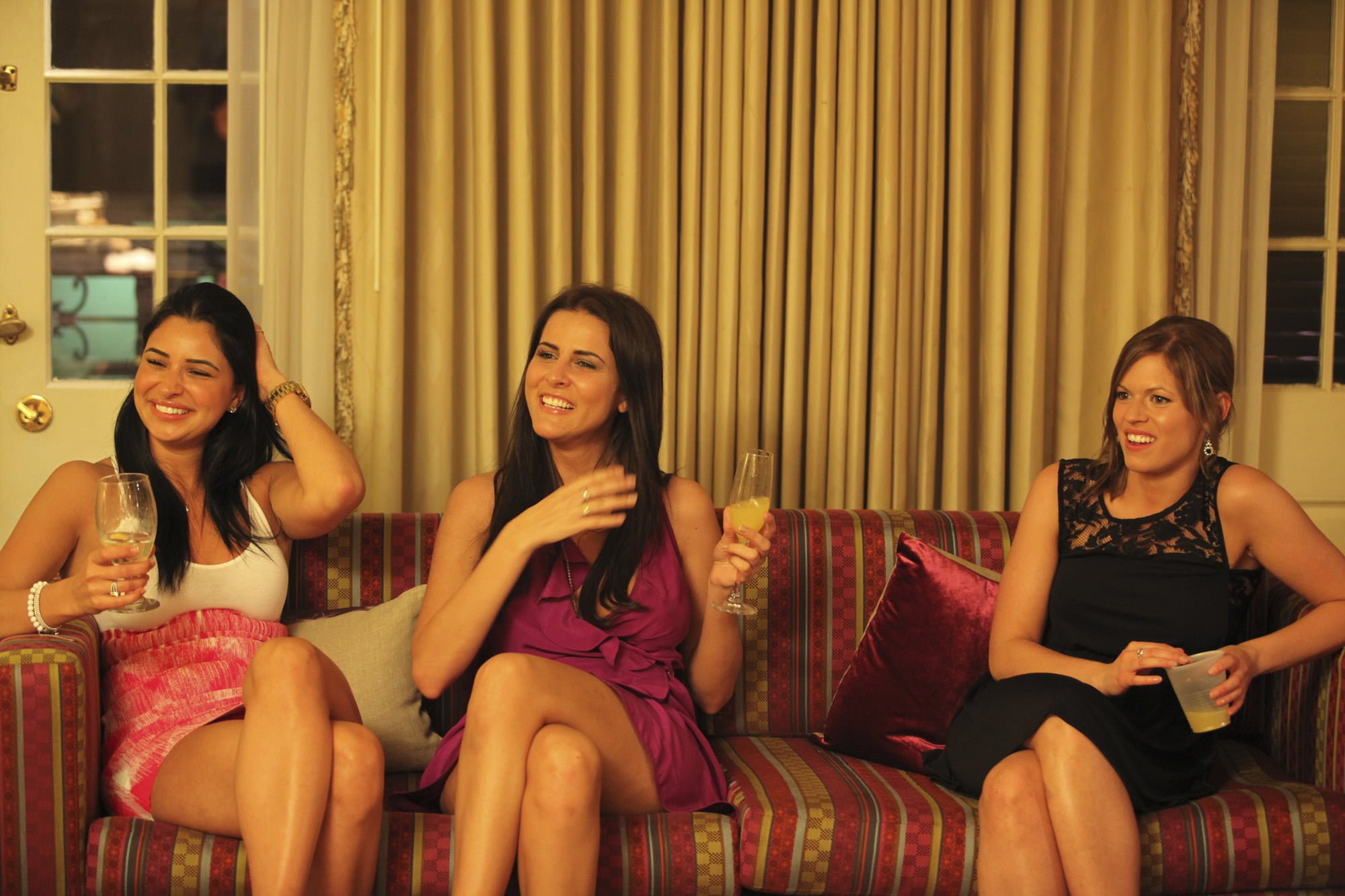 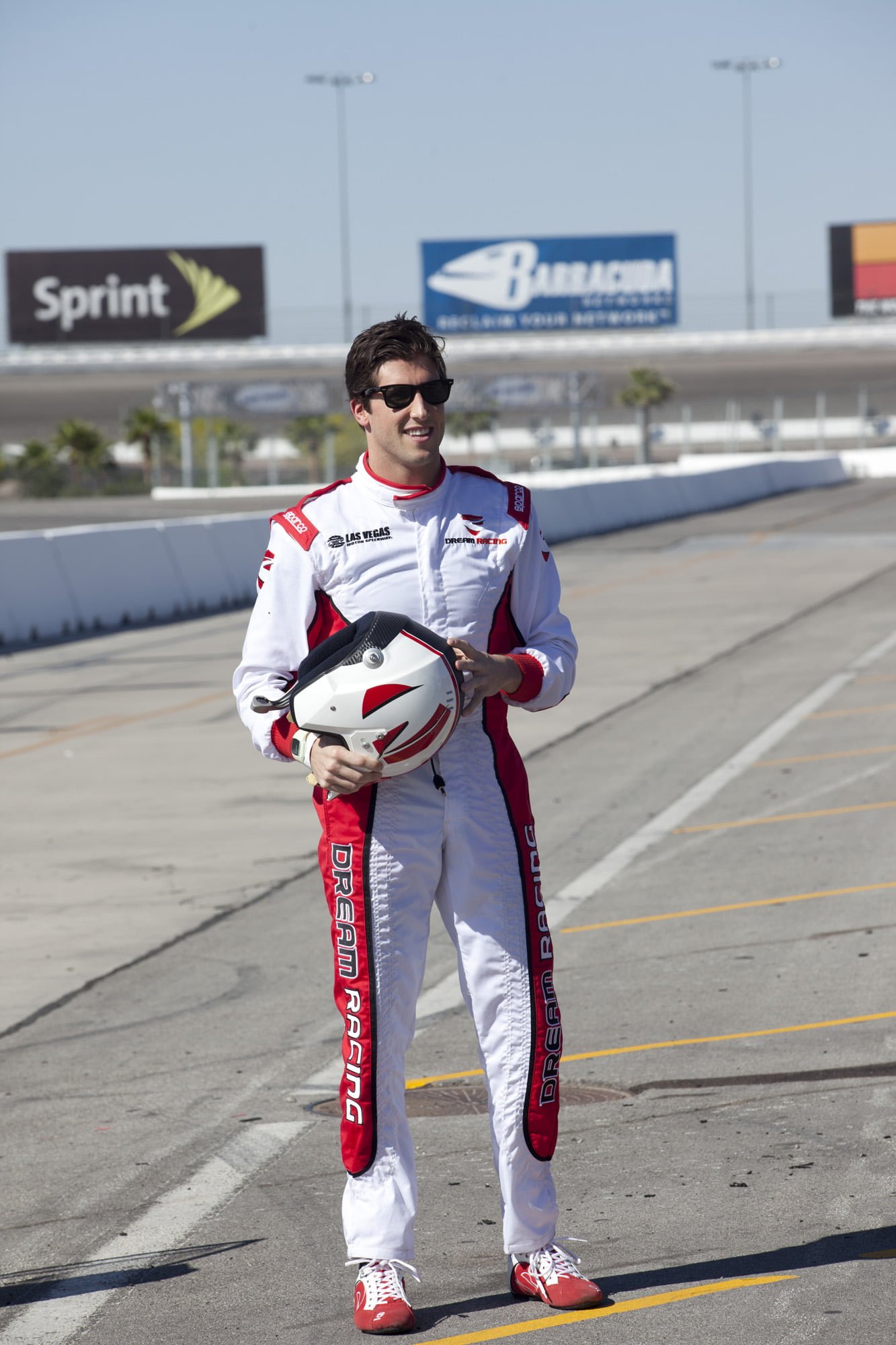 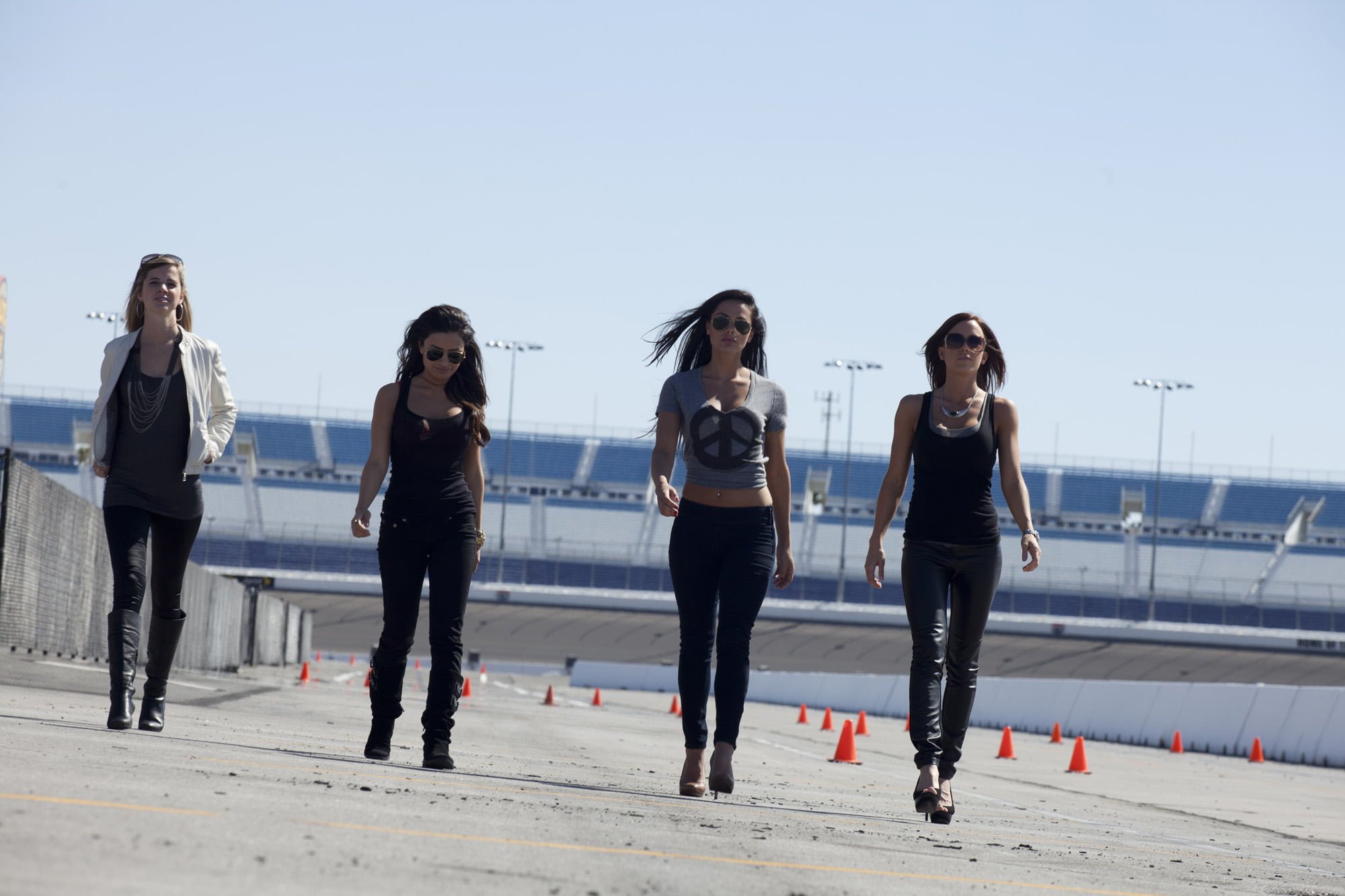 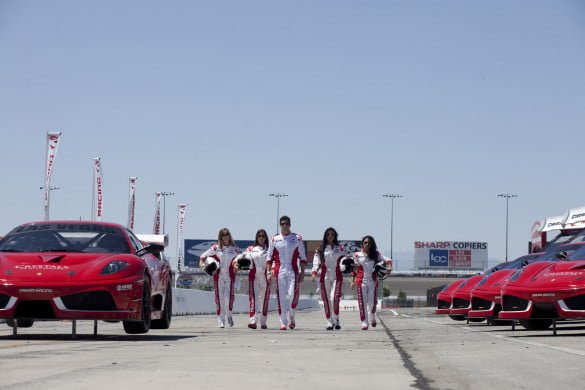 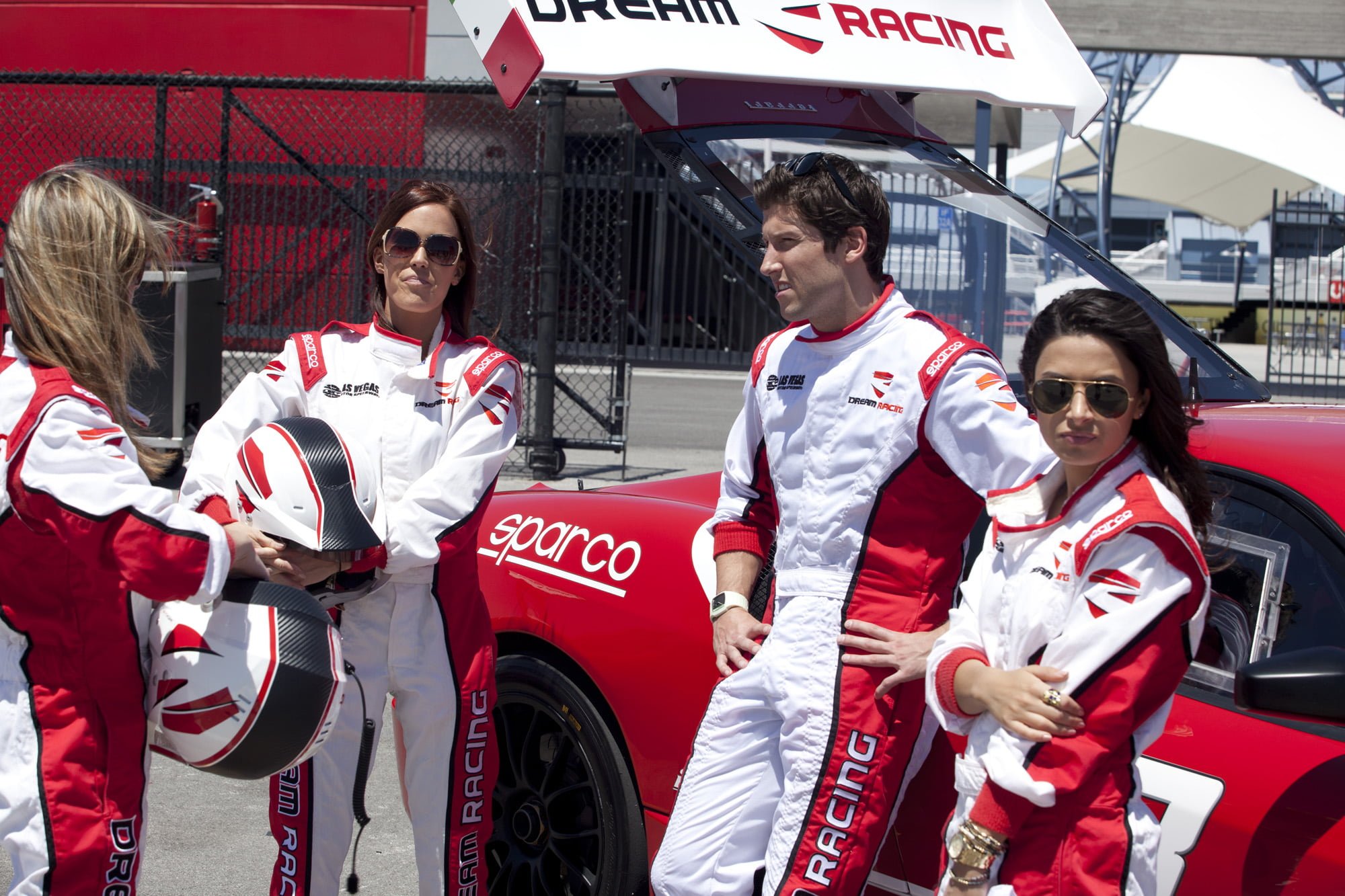 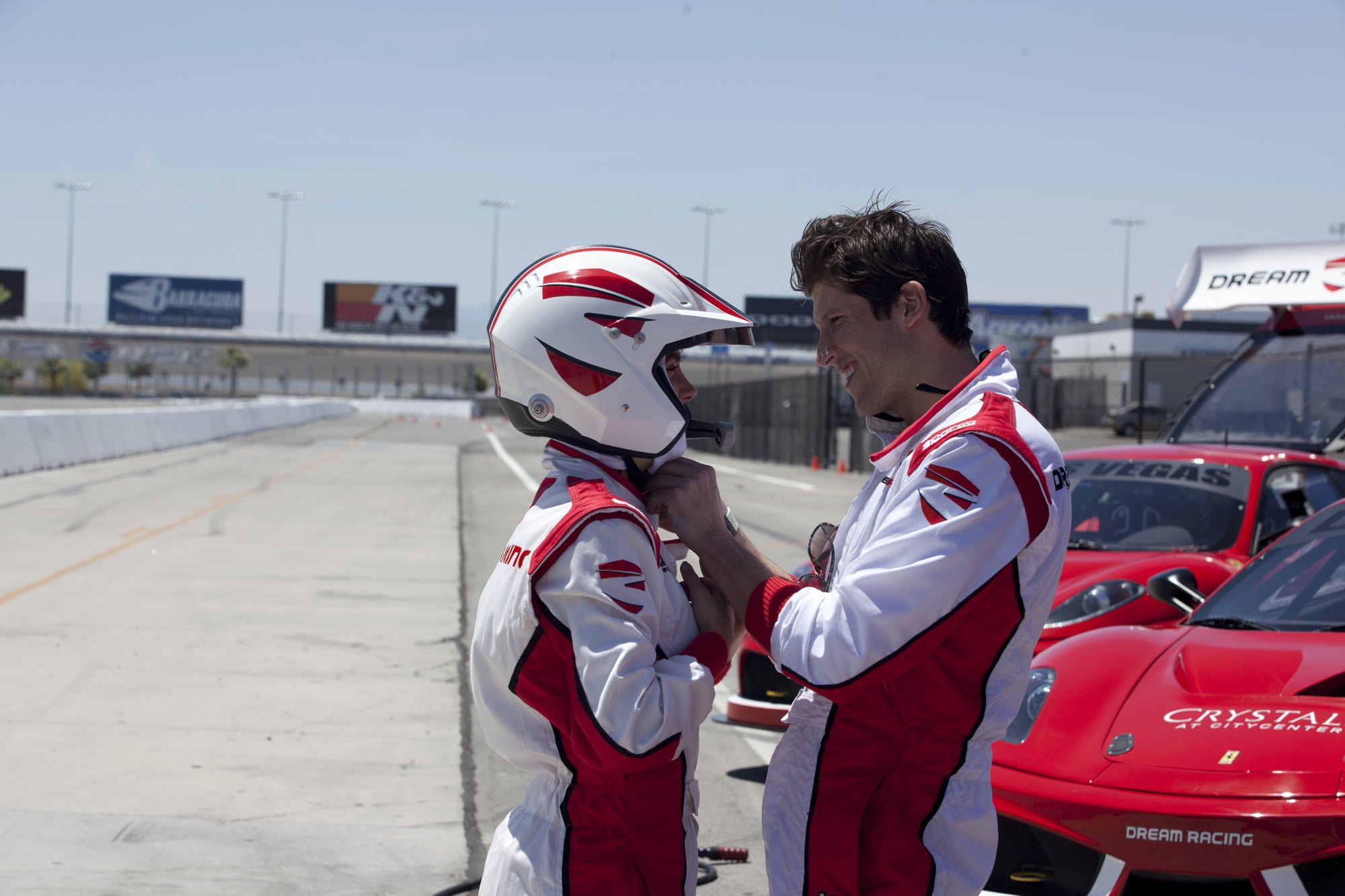 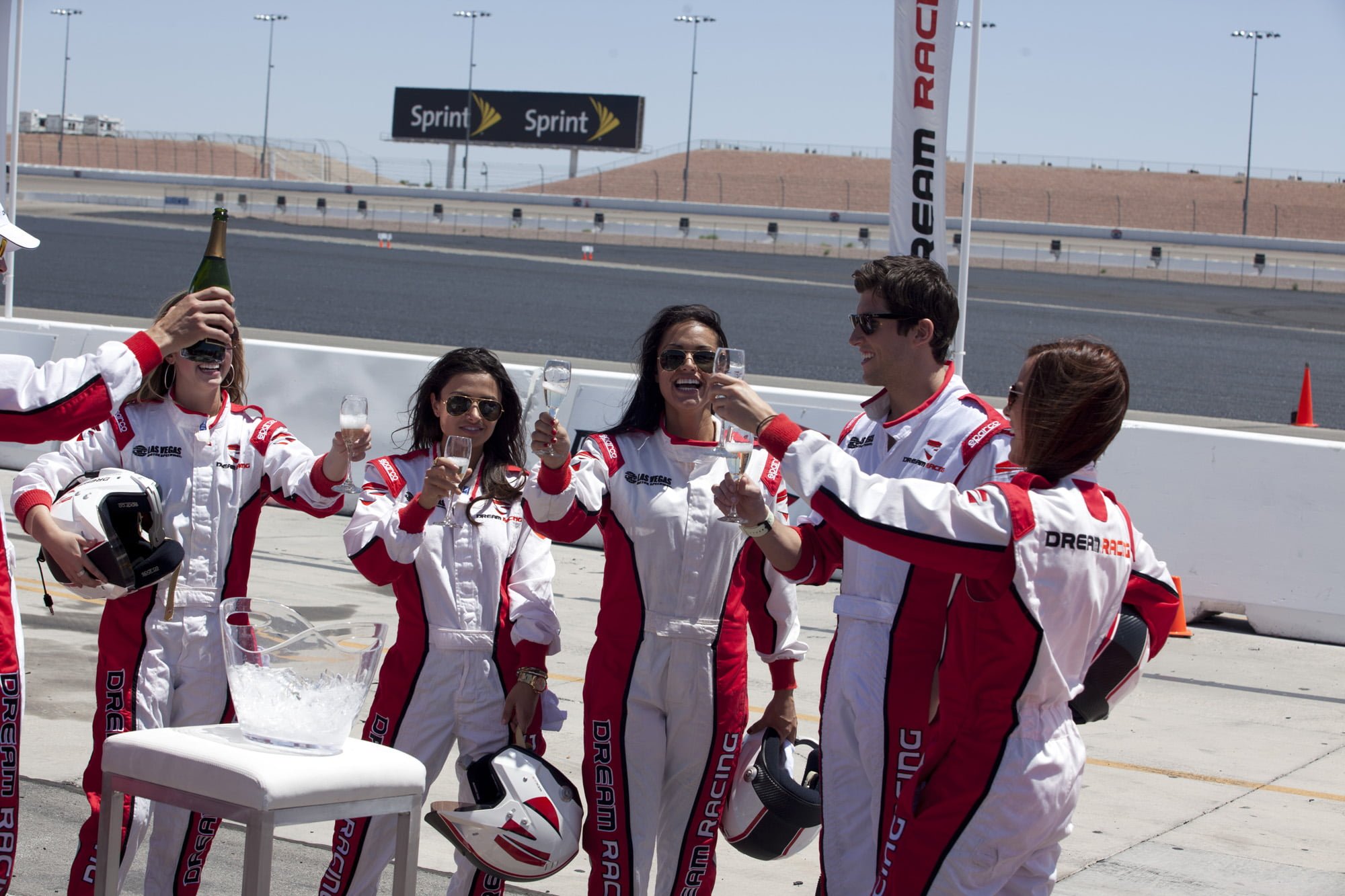 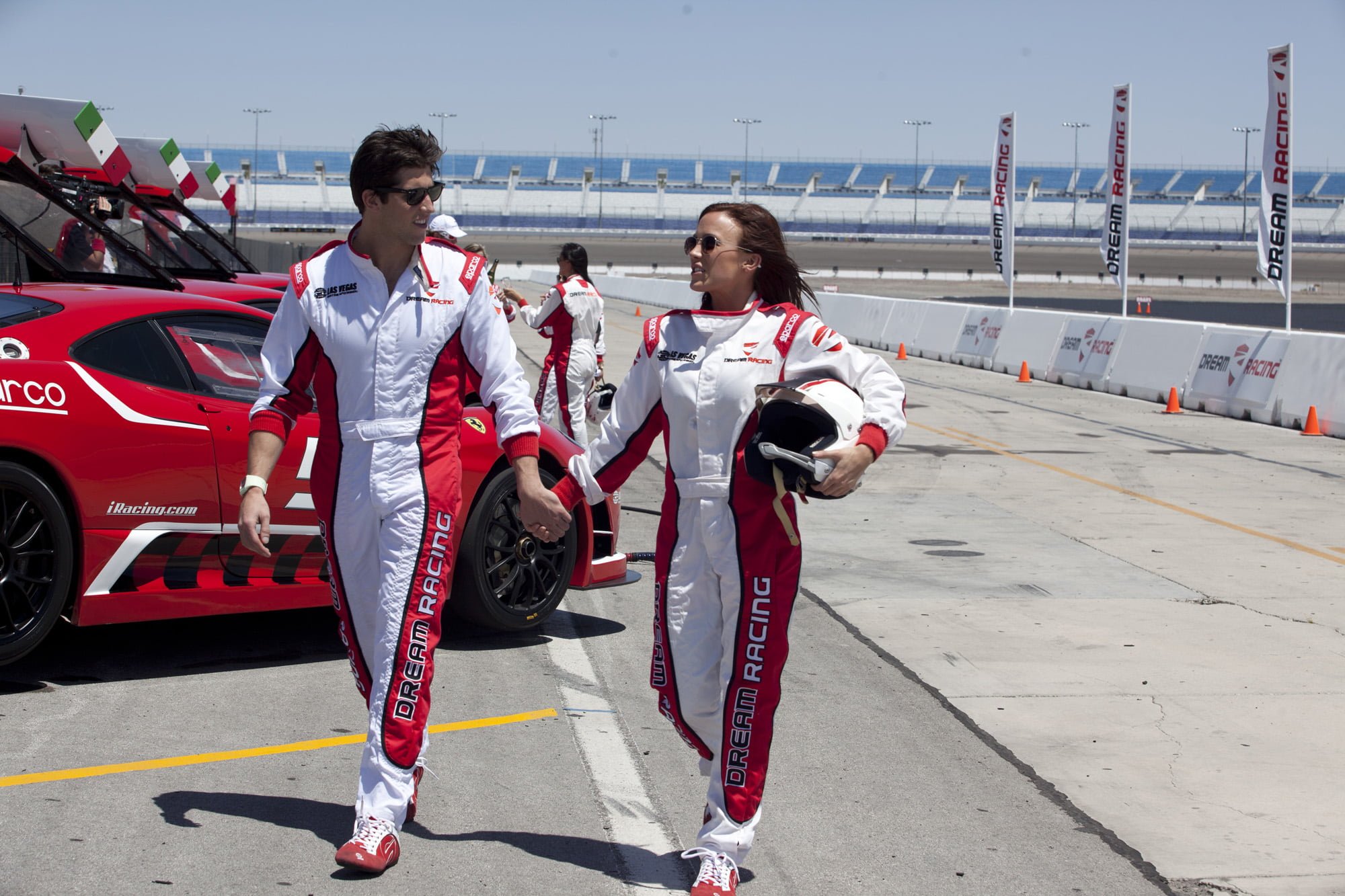 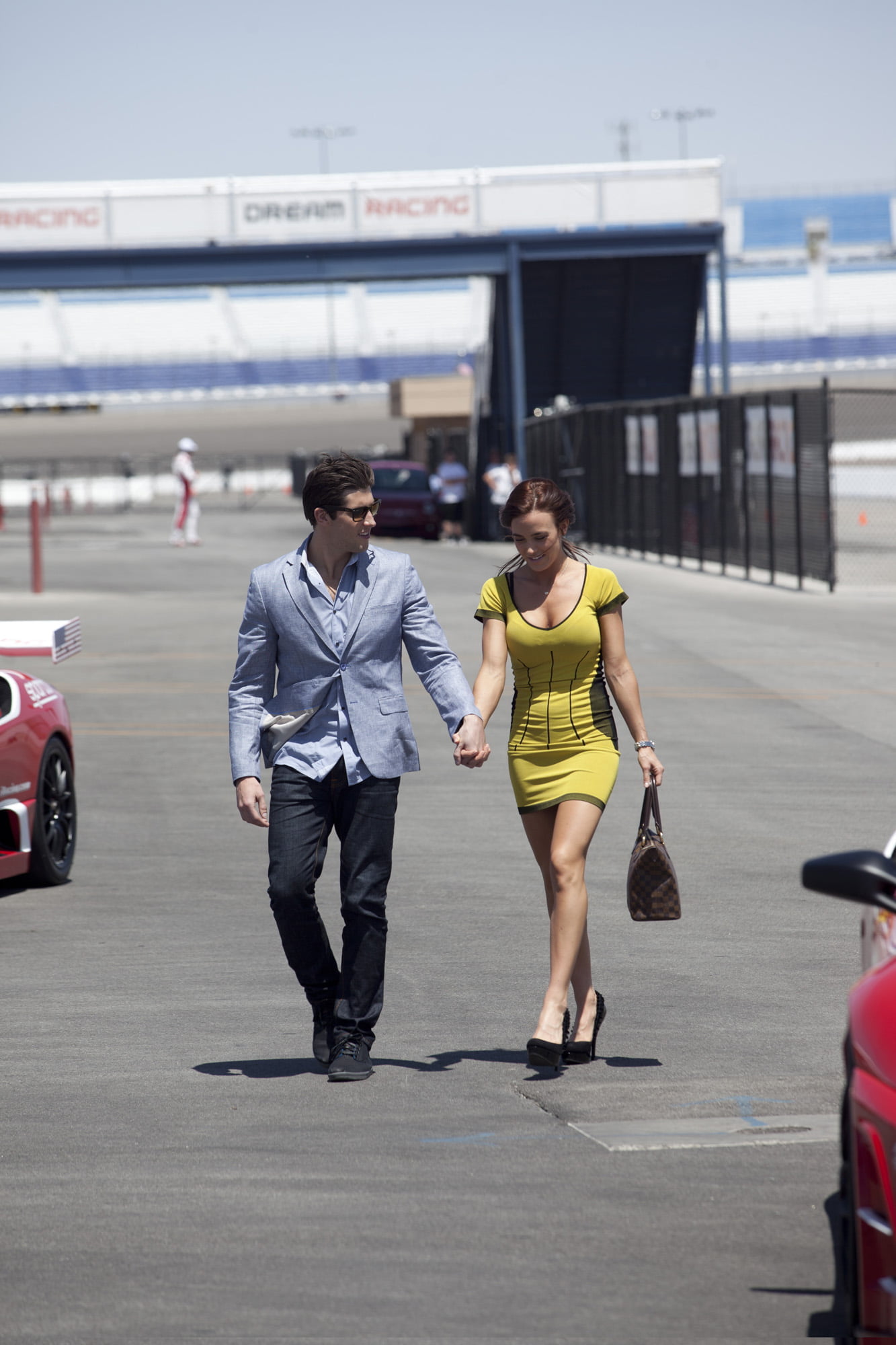 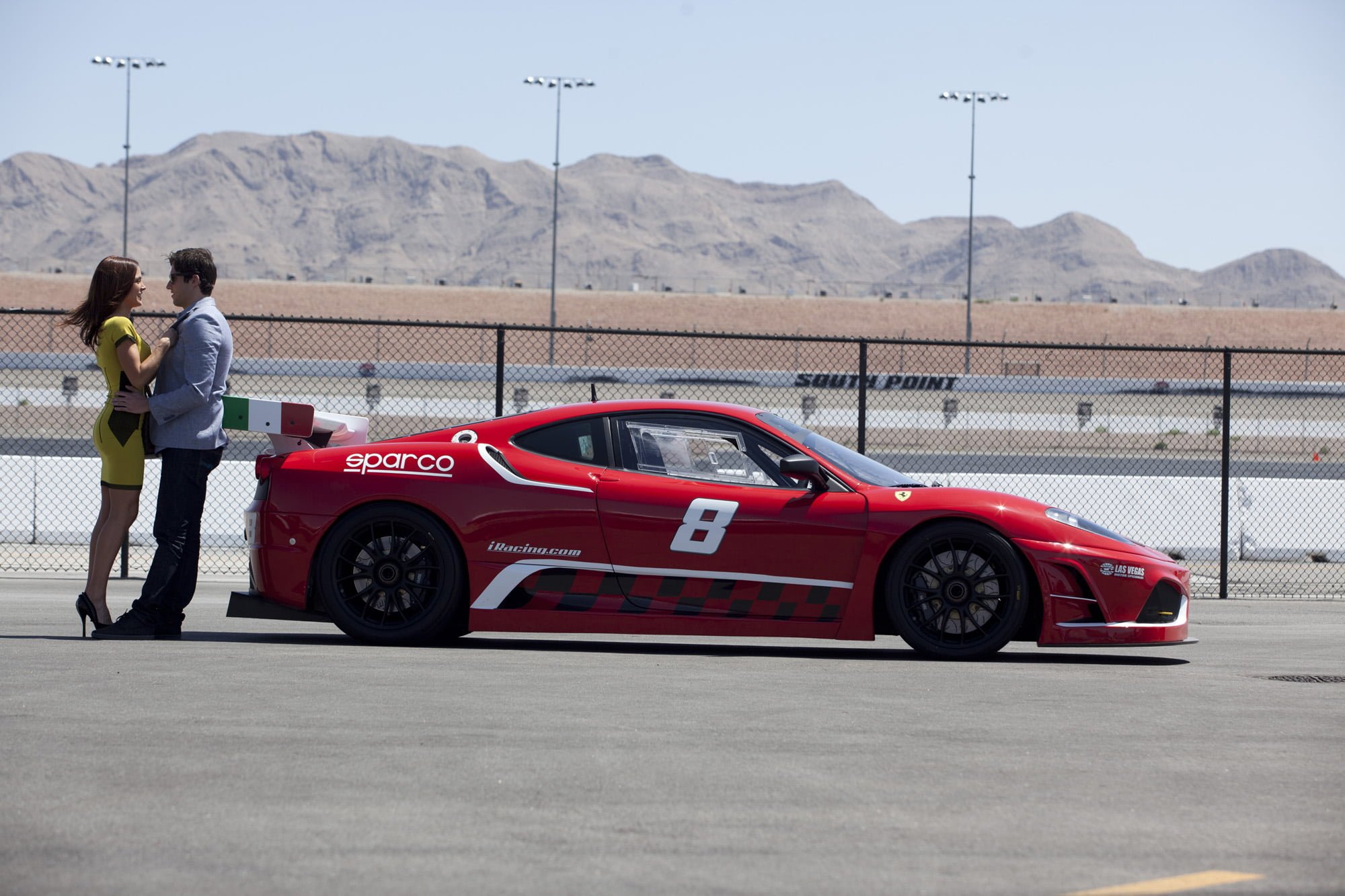