On the set of ‘Boardwalk Empire’ 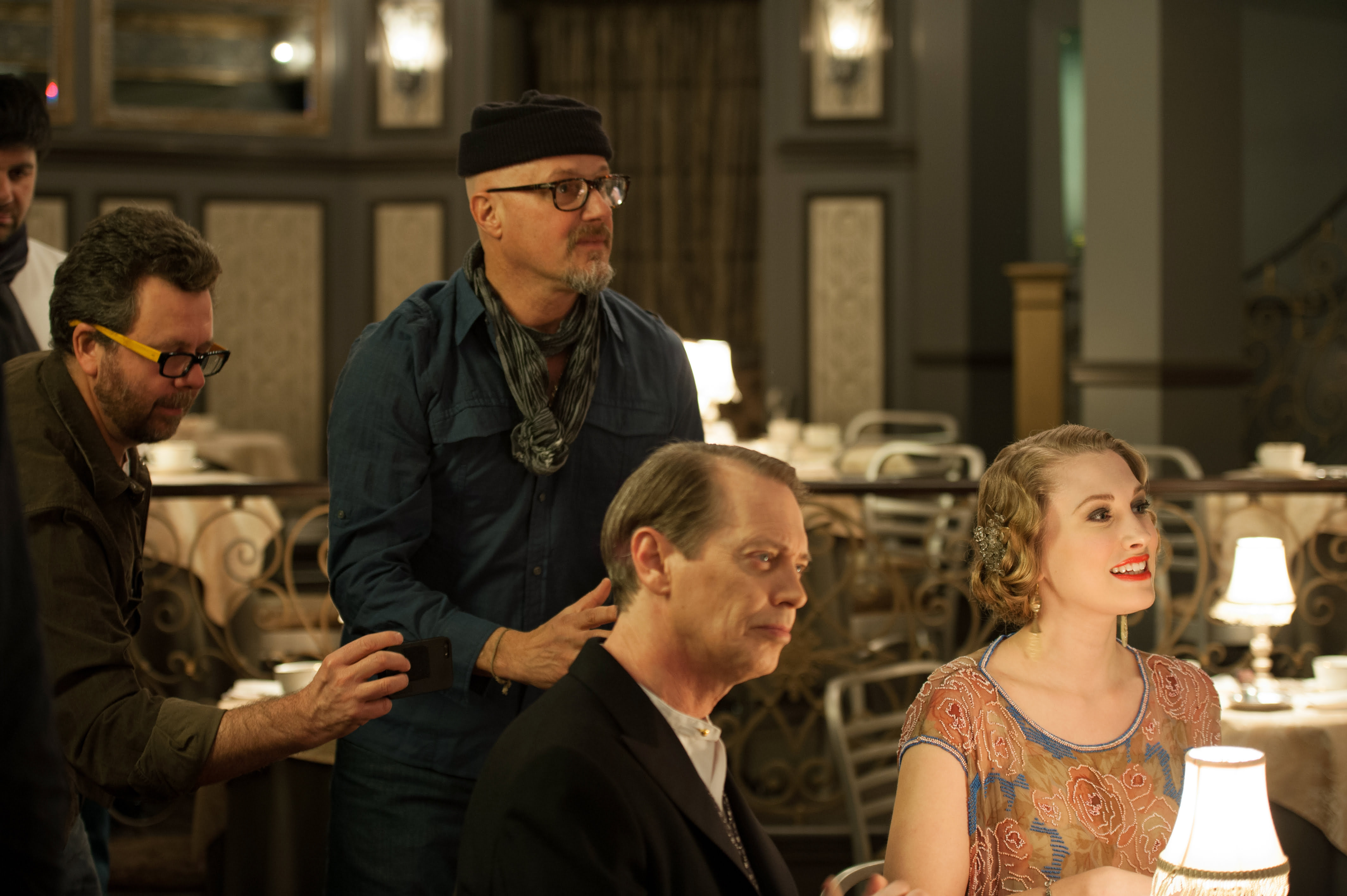 For the longest time I have been equating the work being done by HBO to the stuff that was being done during the last great epoch of American cinema–the seventies.

In the seventies maverick filmmakers like Coppola, Schrader, Friedkin, Altman and Scorcese flourished with a kind of hard edged, reality-based storytelling that was still being served up to audiences in an interesting and entertaining way that made a number of their works classics and made their careers legendary.

As the cinema scene slipped into the sequel-mad, franchise-driven, commercial abyss that exists now, HBO rose steadily from being simply a movie channel to a production entity producing material that is not only superior to much of what is being thrown onto the big screen but has managed to re-imagine television as we know it with the same kind of risk taking, edgy, maverick-type chances being taken not as an exception but as a matter of routine, just like the American cinema scene of the seventies did.

One of the sharpest current examples of this is Boardwalk Empire–and what adds an additional layer of cool to this show is one of its co-creators and early creative forces was none other than one of those seventies mavericks, Martin Scorcese.

On August 20 the third and most explosive season hits the Blu-ray shelves and recently I was invited to New York City (Steiner Studios in Brooklyn, New York to be precise) to visit the set of this wildly entertaining and beautifully made gangster epic.

The show is set in Atlantic City, New Jersey during the Prohibition Era of the 20s and stars Steve Buscemi as crime boss Enoch “Nucky” Thompson (based on a real life gangster named Enoch Johnson) who has created a crime based empire that controls their little universe but one that is constantly under attack from rivals. The series was adapted on a fact-based book on the era and contains many well known gangsters from the era like Al Capone, Lucky Luciano, Johnny Torrio, Meyer Lansky, Bugsy Siegel and Dion O’Banion.

One of the most impressive sets I was shown was Nucky’s unofficial headquarters, the Onyx Club, where I sat down with Tim Van Patten, a series veteran writer, producer, director who is currently an Emmy nominee for his work on Boardwalk Empire (not to mention his numerous other awards for shows like The Sopranos, The Pacific and Game of Thrones). The set is built on a huge soundstage and is multi-leveled so when you see characters climbing stairs to go to offices and lounges they are actually heading to fully rendered sets at the top of the stairs without the need for time consuming cutaways. The club has a dance floor and band area and several areas containing tables and chairs and everything is done up specifically with a serious respect to period detail–including such minute details as real 1924 sheet music on the music stand on the stage.

Tim Van Patten is an exceedingly friendly, personable guy whose demeanor seems way too laid back for a guy who is making what amounts to a complex, period movie once every fourteen days. The first thing we talked about was the challenges he must address week in and week out.

“There are a number of real challenges that I have never encountered on shows like The Sopranos for sure,” said Van Patten. “Season three is set in 1924 so every costume and set and car and location has to be true to that era and since we have such a limited time to shoot each episode it means that we have to be extra careful in pre-production, in the planning of each minute of stuff we shoot.”

Boardwalk Empire, season three cleverly weaves real life gangsters and historical characters into the world that Van Patten and the writers have created which serves to add another layer of complexity to the show. “It does for sure,” said Van Patten. “But you know, researching the history of that era and that place sometimes uncovered very interesting real events that were even better than the stuff we were making up so we would incorporate those things, or parts of them into our storyline.” Van Patten explained, “and you know, a few of the famous gangsters we have incorporated into the storyline–Bugsy Siegel, Meyer Lansky and Lucky Luciano spring to mind, were not at the height of their fame when our show is set,” said Van Patten. “So because at this time they were out there but were pretty much under the radar allows us the freedom to speculate on what they were up to.” With a chuckle Van Patten added–“The rule around here is if we cannot be proven wrong then we must be right!”

Being among the first Canadian journalists allowed on the usually closed set, the Canadian content of Boardwalk Empire came up. “In season three we have two great Canadian directors, Jeremy Podeswa and Kari Skogland, that are favourites of mine–Jeremy did a lot of work with me on The Pacific as well,” said Van Patten. “Not so much on screen but there is a reference to a mysterious Canadian family of whisky makers that we very loosely based on the Bronfman family.”

The DVD and Blu-ray packages for season three of Boardwalk Empire (again, out August 20) is packed with extras that, when viewed in their entirety, make for a mini-tutorial on how a badass HBO series is put together, and it is clear that as they head into season four, everyone involved is just as excited about where they are going with the show as the first day they went to camera.