Tricia Helfer on ‘Lucifer’ and the devil’s “Mum” 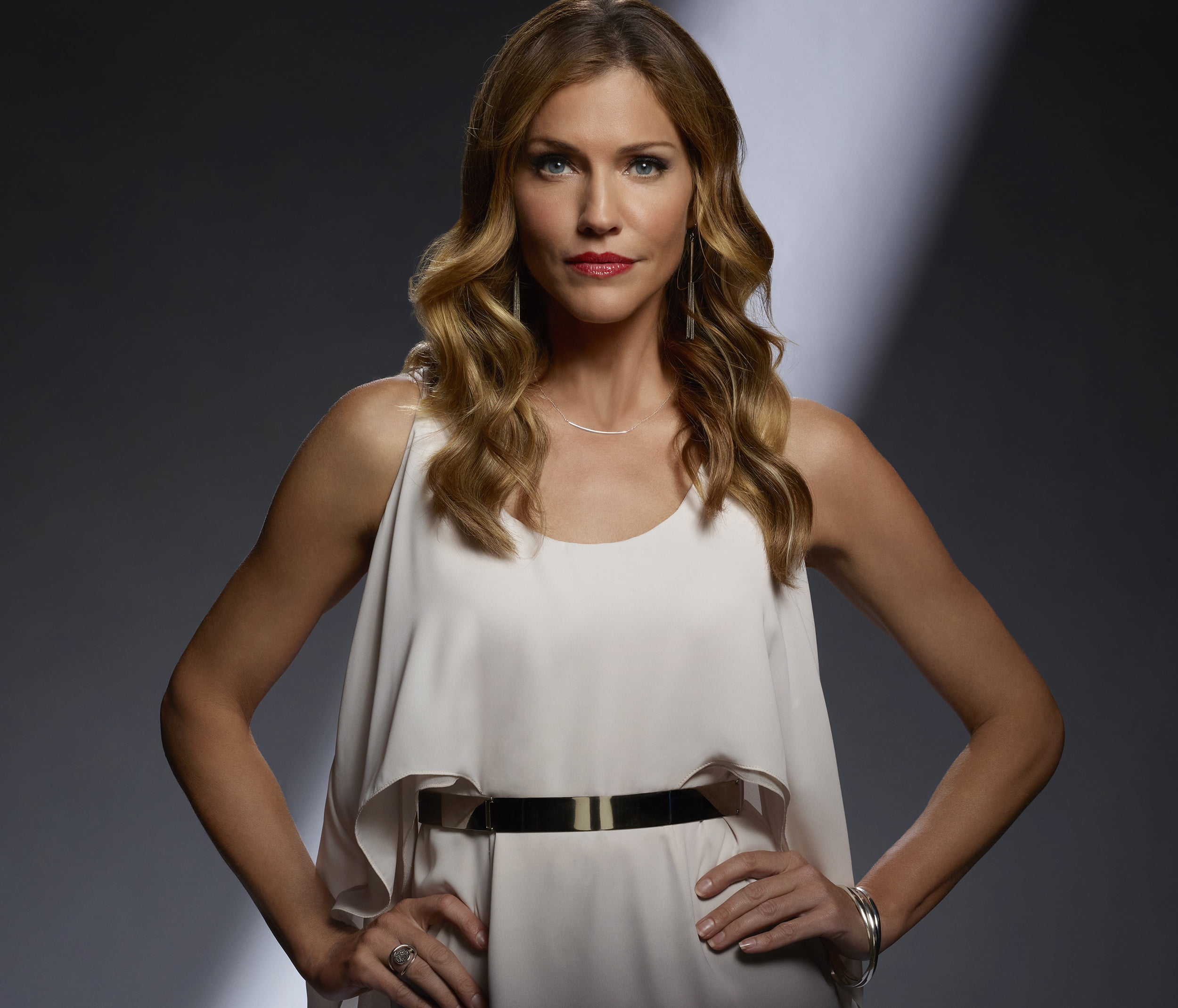 Tricia Helfer landed one mother of a role on Fox’s supernatural drama, Lucifer. After escaping Hell, the Devil’s “Mum,” played by Helfer, journeyed to Earth where she quickly inhabited the body of a deceased woman named Charlotte. Since then, she’s attempted to mend her strained relationships with Lucifer and Amenadiel, while trying to adjust to her human host body. Mum’s antics certainly provide plenty of humor–but be warned. She’ll stop at nothing to return her family to the blissful realm above. Heaven help us all.

Helfer recently spoke with The GATE about injecting vulnerability and humor into Lucifer’s mother and her emerging powers, what makes her family’s feud so entertaining, and what could bring her into conflict with Lucifer again.

When Lucifer announced his Mum had escaped from Hell in the season one finale, viewers were expecting the worst mother since Joan Crawford. What was the breakdown for the character?

Tricia Helfer: From the first episode, Mum is talked about a lot and you’re definitely expecting a revenge-driven mom. I sat down with the showrunners and talked about the character. They had plotted out for about six episodes at that point. The thing that struck me very early on is, yes, she’s going to have an agenda, which really starts to formulate in episodes 9, 10 and 11. She really is maternal. She’s a mother that loves her children. That struck me where it wasn’t just going to be an evil, manipulative character. Yes, there is that side of her, but she’s the mother of angels. She’s been trapped in Hell. She was sent down there. Is she out for revenge? Yes, but who she’s out for revenge against may be different than people are expecting.

Lucifer calls you “Mum.” You wear some pretty skimpy wardrobe and the character is adjusting to living among humans. That includes taking care of Charlotte’s children and having sex to shut up her husband. How surprised have you been about the amount of humor they’ve injected into your character?

Helfer: I love that. That’s what also struck me about the first season, is how funny it actually is. The writers are very witty. Yes. We’re talking about the Devil. We try to strip all that away. It’s a family drama in many ways with my stuff with my sons. What I was pleased about when I saw the first season is every show has a specific tone. Some are more tone-driven than others, like a straight procedural. Lucifer found its tone really early on where you can have these funny one-liners and this humor, but also ground it in dramatic character moments and relationships. The fact that they’ve continued that with Mum has been a huge pleasure for me. Mum was definitely a fish out of water in the beginning two episodes. As she gets settled in, there may be less fish out of water. But then the writers find the humor in other ways.

My big concern was just coming in and being this super-arch baddie. The fact that they’ve layered Mum with some humor and vulnerability is definitely helping make her a better character. I see tweets of people going, “I know she’s probably bad and out for revenge, but I can’t help but like her.” Or, she’s there for her sons in many ways, so people don’t know where to peg her. The writers have done a very good job of making Mum not just a pure antagonist.

Mum is stuck in this human host body, in this “skin sack” named Charlotte. What is she learning from this experience?

Helfer: Last season, Amenadiel didn’t want to be down on Earth. This season, he’s falling, which takes on a different element than Mum. The more you are there, there’s going to be some things you end up appreciating, even if it’s another culture drastically different than your own.

There are some things that are harder for you to accept and some things that are easier to appreciate. Mum was expecting to hate everything. She views humans as insects. She’s learning that sex can be OK. In an episode, she learns that Italian Bean Express is just delightful. Mum is not in a position yet where she’s appreciating humanity, but she is starting to appreciate certain aspects of it.

How will Mum’s belief that humans are insignificant get her into trouble?

Helfer: In many ways, it’s drawing her closer to Amenadiel. As Amenadiel falls and feels that his father is not there for him, his Mum is. So, in many ways, it’s pulling her away from Lucifer because he’s so connected to humanity at this point. She can’t understand that. In episodes 9 and 10, her attitude got her into trouble with the boys because it involved Chloe. Mum starts to realize Chloe has a special place in Lucifer’s mind and heart, but Mum looks at Chloe as insignificant. That will get her into trouble with Lucifer.

Mum comes from the ultimate dysfunctional family. What have you enjoyed about how the relationship between her, Lucifer and Amenadiel has unfolded?

Helfer: We strip away all the celestial aspects of it. At the end of the day, it’s a relationship where there’s a divorce, children and information that the children knew at the time that might not be what was the actual situation or they may be remembering it wrong. Instead of not talking for 10 years, it’s millennia. To them, they don’t know any different. At the root, it’s really about family dynamics and relationships. Every family is dysfunctional and with this family it’s heightened.

How much are we going to learn about Mum’s history with God and her time in Hell?

Helfer: I hope we learn a little bit more about it. At this point, we definitely haven’t touched on her time in Hell. Unlike a movie, where I would know the ending already, I don’t. As an actor on TV, you just have to have faith that if something is coming up for your character, that they’ll let you know about if it would affect how you’re playing it. The writers are great about that and answering questions without giving too much away.

One of the big revelations was that even in Charlotte’s body, Mum has some kind of power. We’ve seen her demonstrate super-strength. Why is she keeping that a secret from the boys?

Helfer: Good question. At this point, Mum wasn’t necessarily expecting that she was going to have powers in human form. Since she is just starting to get herself situated and get used to being in this form, she wants to understand a little bit more of what her powers are going to be before she starts broadcasting it around. She’s a little tentative to spread the word around when she doesn’t know quite the extent of it herself.

At the end of the day, what’s been rewarding about playing the mother of Lucifer?

Helfer: Aside from the personal aspect where it’s been a lot of fun – the cast and crew are fantastic and really great people to work with – it has been mixing in the comedy, the fun, with the character. I enjoy the heavy moments and then to have some levity. She’s not just one note.